In this final part of this 3-Part SOLIDWORKS tutorial series for a Wooden Cottage Dolls House we will export the solid bodies out as parts, some will be grouped together into one part to make it quicker to assemble. If you’re following this tutorial, you will need to have finished Part 1 here and Part 2 here. 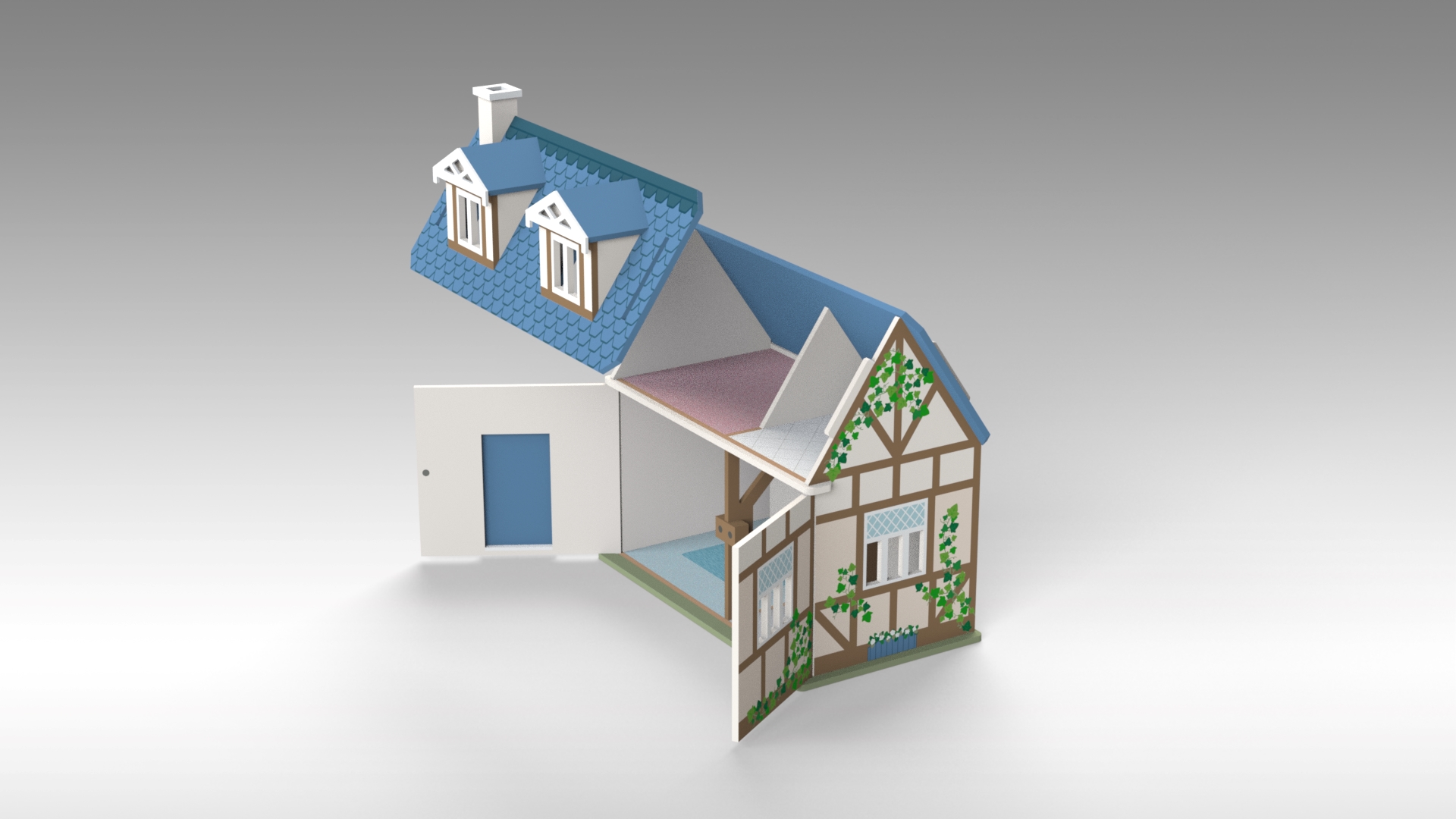 With the finished Dolls House Part, I used save bodies, and insert into a new pert (for grouped solid bodies) to create a group of parts to re-assemble the house as an assembly. The grouping solid bodies and inserting into a new part was useful for the dolls house window solid bodies as they were made up of 6 bodies, if I exported these out separately, it would take much longer to assemble the Dolls House. But instead I could just drop in two window boxes as whole parts. 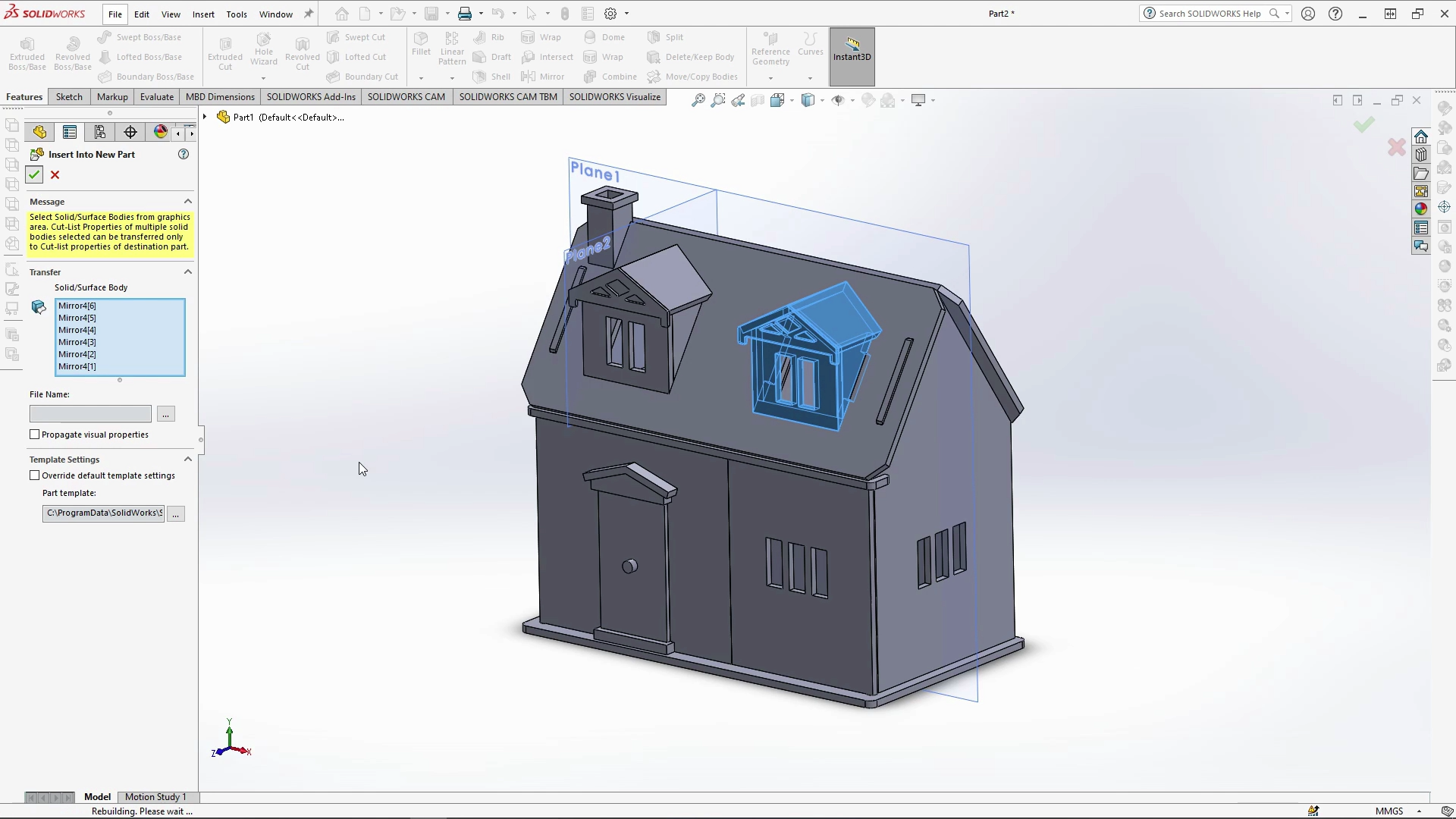 Once the Dolls House bodies had been exported as parts, I added a guide sketch to the two front doors. They were circle sketches which could be used to create a concentric mate, these allowed me to turn the doors on a temporary axis as they would be expected to move. 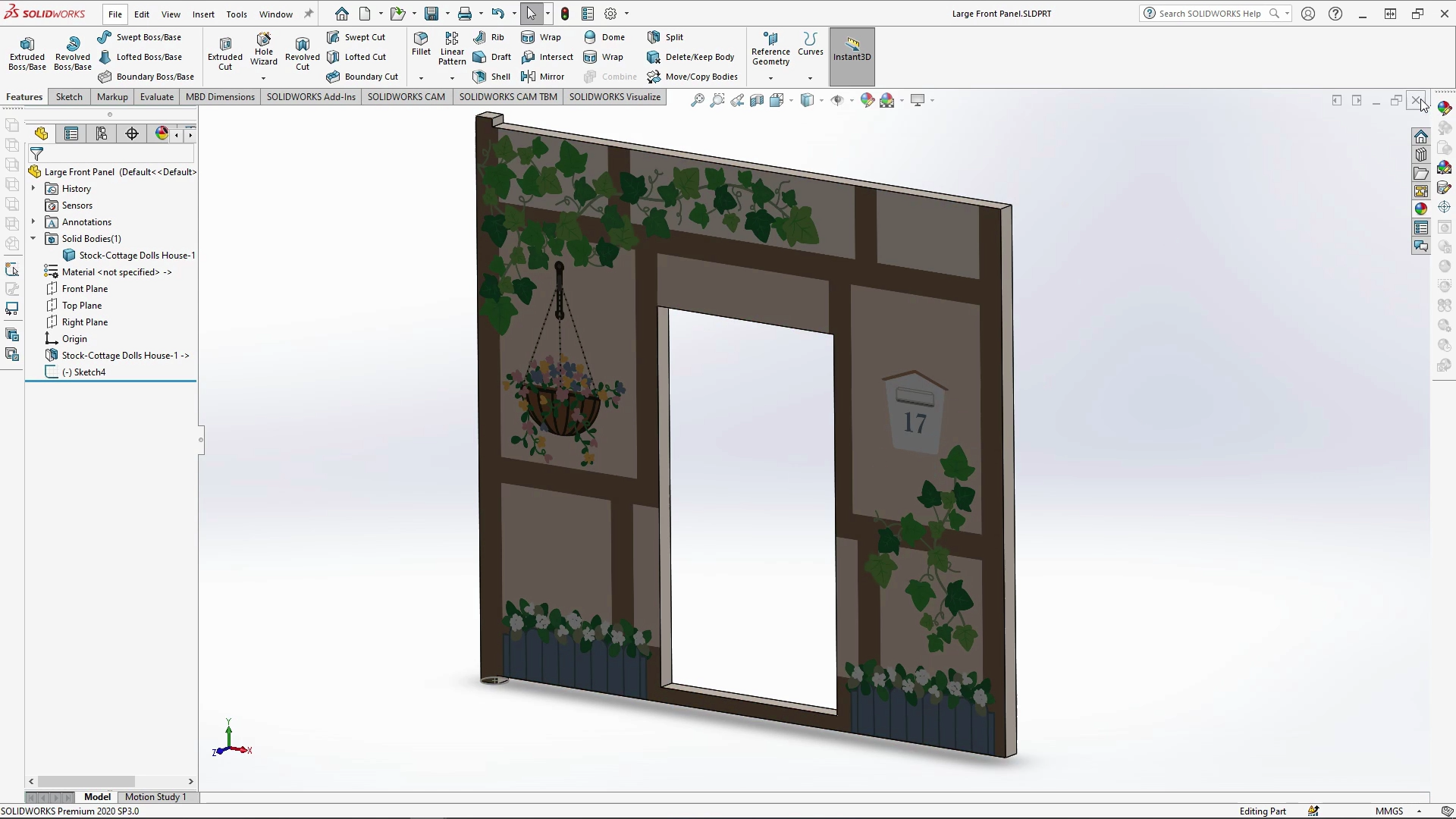 The decals I added are available to download from Cottage Dolls House Decals (4) if you would like to add them to the house.

When I have designed Dolls Houses in the past for work, this is how I would do them, so that I can easily interchange, amend or move parts freely. In this case I wanted the front doors of the house to open and close freely, to stop the door simply passing through the house, I added limited angle mates under advanced mates and input the minimum and maximum angles for the doors to open and close. Limited angle mates were added to the two main doors, and the small Dolls door. A limited distance mate was also added to the front roof panel so it could be lifted on and off the Dolls House tabs without moving through the model.

I hope you enjoyed this tutorial series, if you managed to finish all 3 tutorials I would love to see your finished models, so feel free to share on social media and tag in SOLIDWORKS with your creation. A wooden Dolls House furniture set tutorial will also be coming out soon, which was been designed to fit a 1:12 scale house.