As noted above, there are three modes of heat transfer: conduction, convection and radiation.  I’ve made a long-form video explaining all of these modes in more detail, see link at the bottom, so I will only summarize them here in the series.

The solver in Simulation Professional should be thought of as the “Conduction heat transfer thermal solver,” though “Thermal” is used for short.

Conduction occurs in both fluids and solids through a temperature difference by electrons moving within the carrier material.  One can notice that the equation for solving the linear steady-state thermal conduction in matrix format, using the method employed by the Simulation Professional solver, fits the same exact pattern as that for Hooke’s Law used in linear structural stress analysis. So  for conduction can be solved in the same way as for elastic displacement.  One of the nice outcomes of this is that for Conduction, the unknown quantity solved for is the temperature {T} directly, which convenient that it is typically the quantity that we want to obtain.  [Unlike the unknown displacement {u} where subsequent calculations are done to get the strain and stress values that are wanted.] So in conclusion, the Simulation Professional Thermal solver is perfect suited for solving the conduction heat transfer problem, but convection and radiation can only be applied as known boundary conditions.  The question that I would want to consider in choosing Simulation Professional Thermal solver as my heat transfer analysis solution is whether solving conduction only is applicable in all cases. 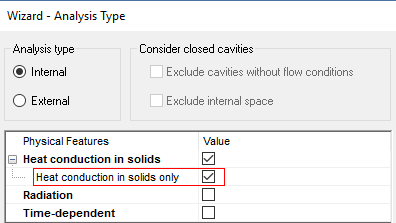 An example model of a regulator microchip was set up in both software packages running the heat conduction problem and convection applied as a boundary condition.  The results from both are shown in Image 2.  The results are nearly the same, where the main difference can be attributed to choosing different material properties from the available materials in each program; more specifically Flow Simulation has, out of the box, temperature-dependent properties for copper and solder.  You can also plainly see that there is a difference in the meshing schemes, but a further discussion on meshing will be handled in part 3. 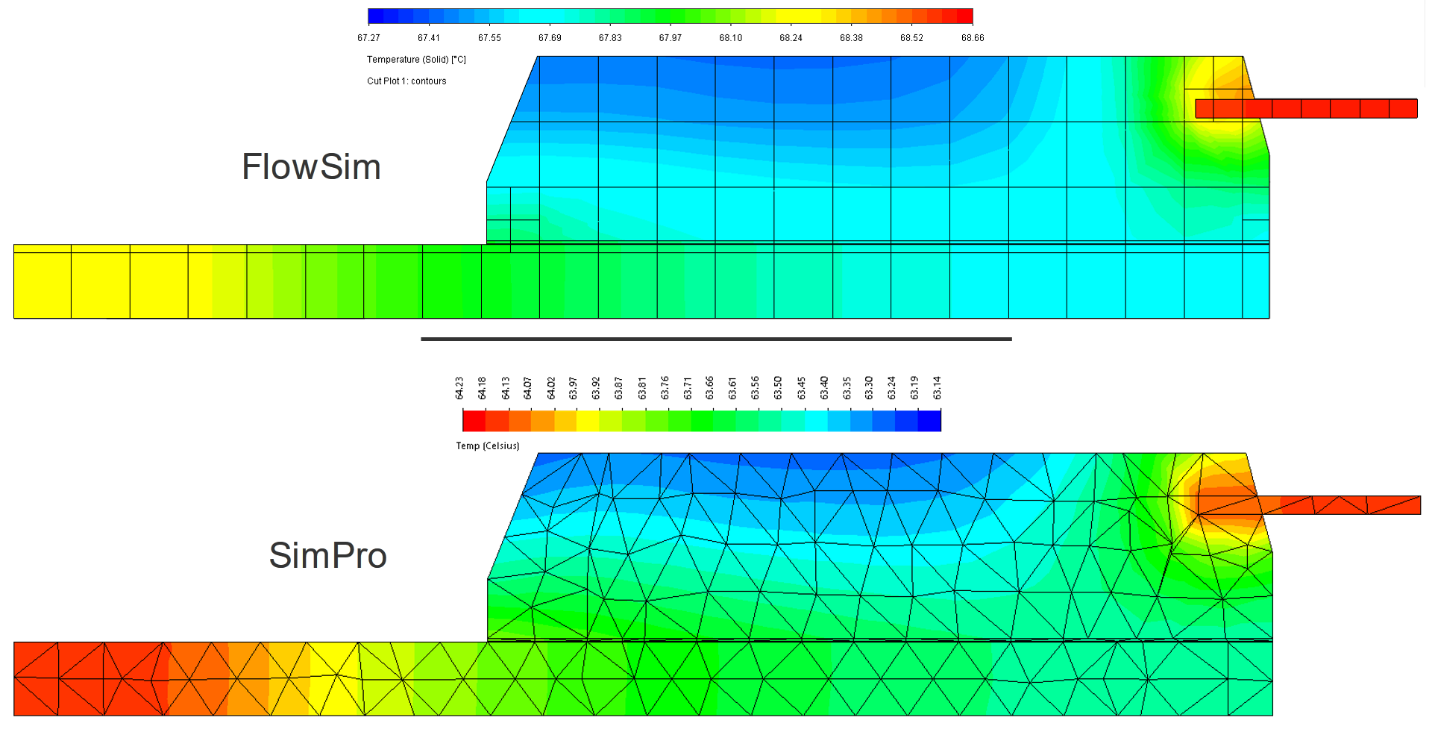 If you are enjoying this series be sure to come back to read Part 2 and 3!