In part 2 of this 2-part SOLIDWORKS Tutorial you will need to have modeled the Pinata body from part 1. Part 2 of the tutorial involves shelling the model to turn it into a 2-part jar, and applying decals. The Decal files used in this tutorial are available to download here.

In Part 1 of this tutorial, we ended with the full Pinata body, using this body, we use the split tool, to section the jar into the two parts, we also cut away half the model to apply the shell feature, sometimes more complex models require splitting into smaller parts for shelling. This was needed for the pinata base, but the head could be shelled whole. 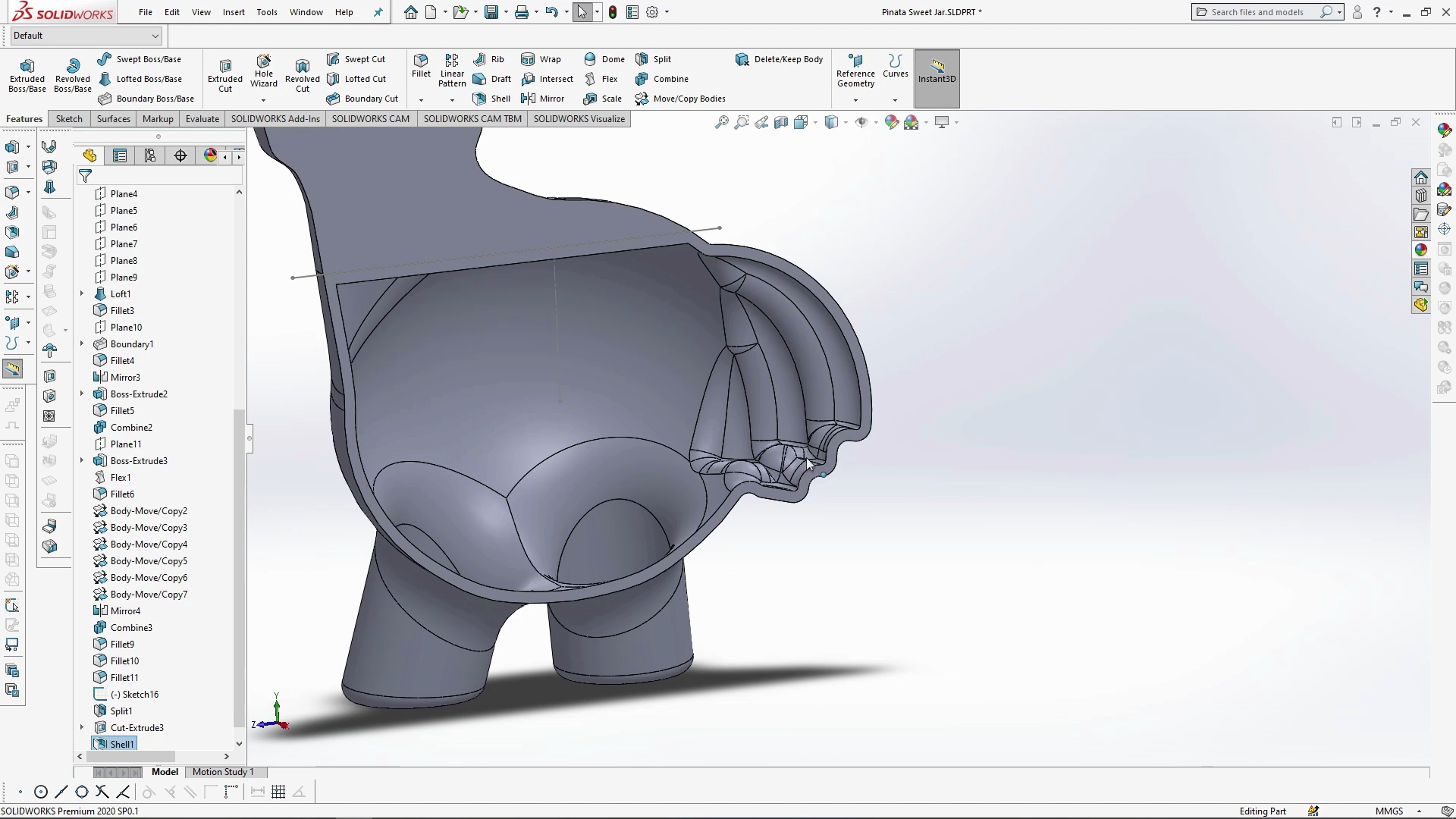 With the jar split in two, offset entities and boss extrude was used to create the jar fitting to put the lid on and off. Section view was used to see into the model without hiding parts. 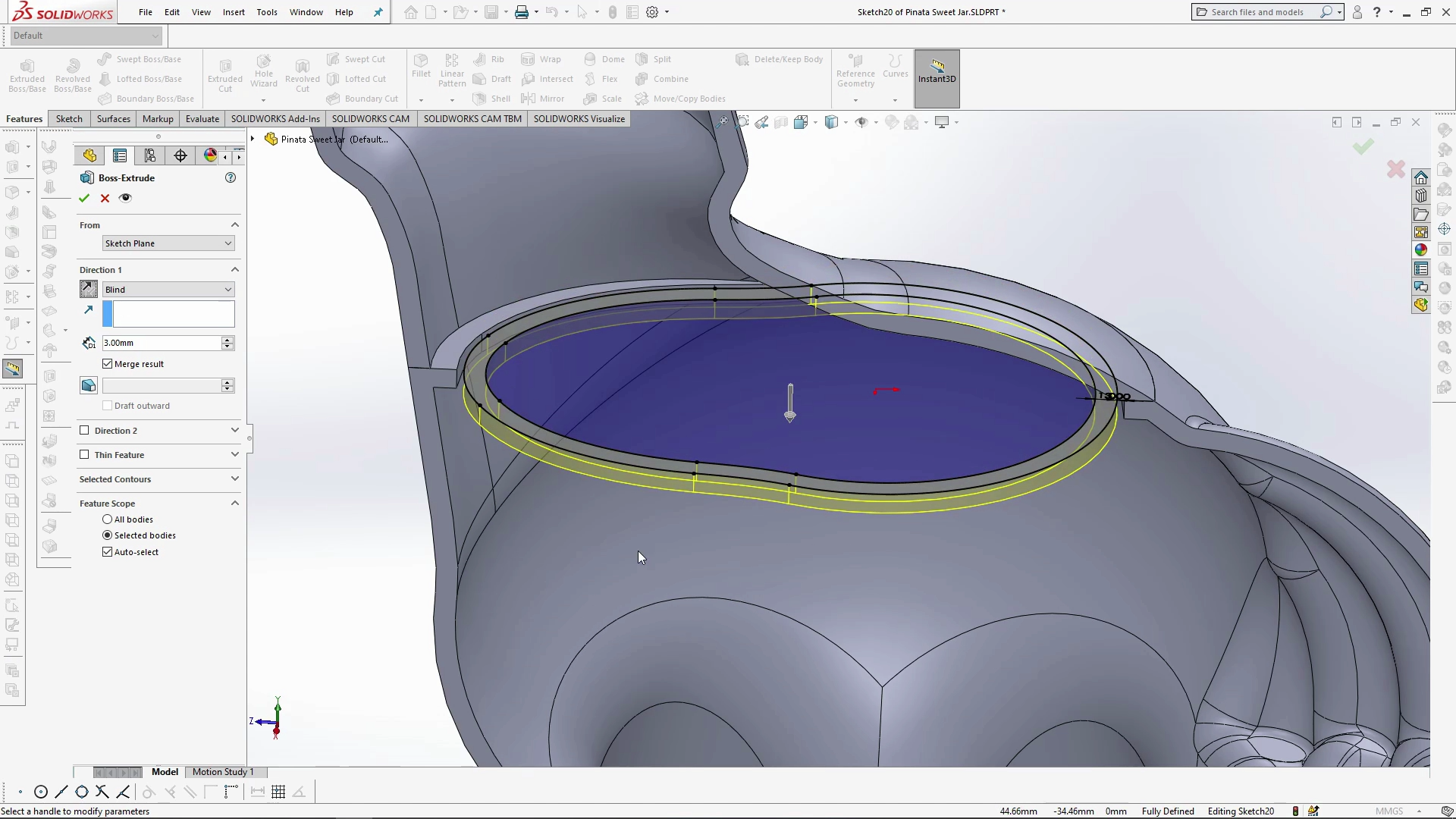 Once the jar features were added and the model was complete, the decals were added, starting with the main part colour, and other block colours. The reins were added as a png. image so that the background of the decal could be masked in SOLIDWORKS and decals could be layered. The reins decal was added with projection mapping, it was a fairly simple image but when projected, it wrapped around to Pinata to create a much more detailed finish. 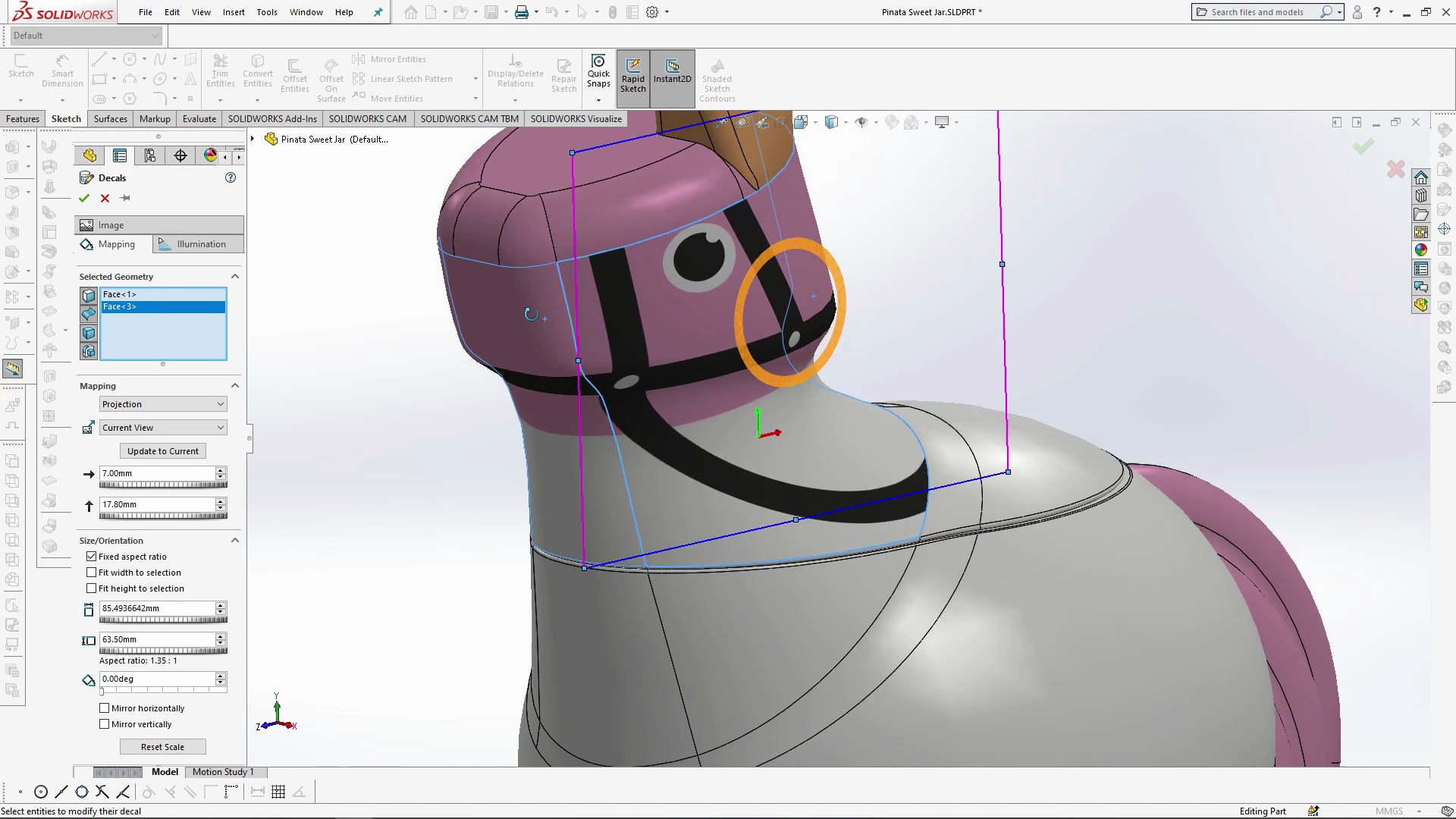 The Pinata pattern was projected from the sides and then the front, the decals were matched up to make the pattern look as continuous as possible. The decals are created in vector software, and are repeatedly edited and saved while on the SOLIDWORKS model until they match up together. The SOLIDWORKS decals on the model update each time you edit and re-export the image. The finished design was rendered in SOLIDWORKS Visualize, sweet parts were added to finish off the look, a small animation of the jar opening can be seen at the end of the tutorial. 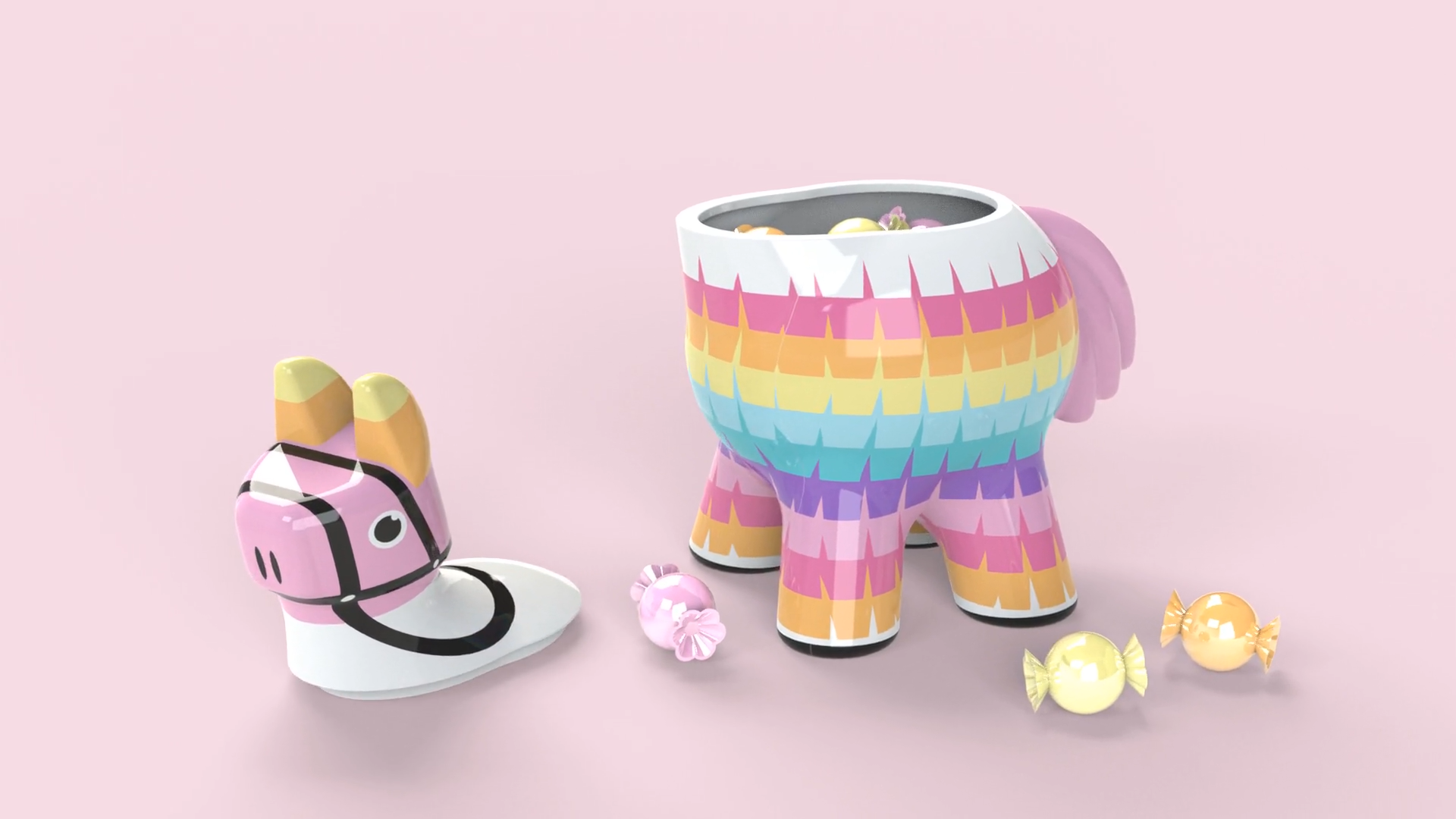