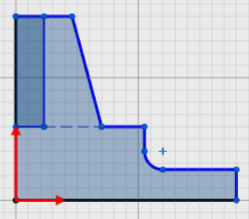 As we’ve seen, one way to define the size and relationships between sketch objects is through constraints, which allows them to be adjusted in specific ways, depending on how the geometry is updated.

Adding dimensions is the other method for defining the size and relationships between sketch objects. Dimensions allow you to specify the exact size of the sketch elements by adding dimensions for linear distances, angles between lines, sizes of radii, and diameters of circles. Let’s examine how each of these can be added to this sketch to fully define the sketch.

To enable the “Dimension” command, simply click on the button in the action bar. With the button active, the cursor updates to show the dimension icon, and we can begin selecting sketch entities. 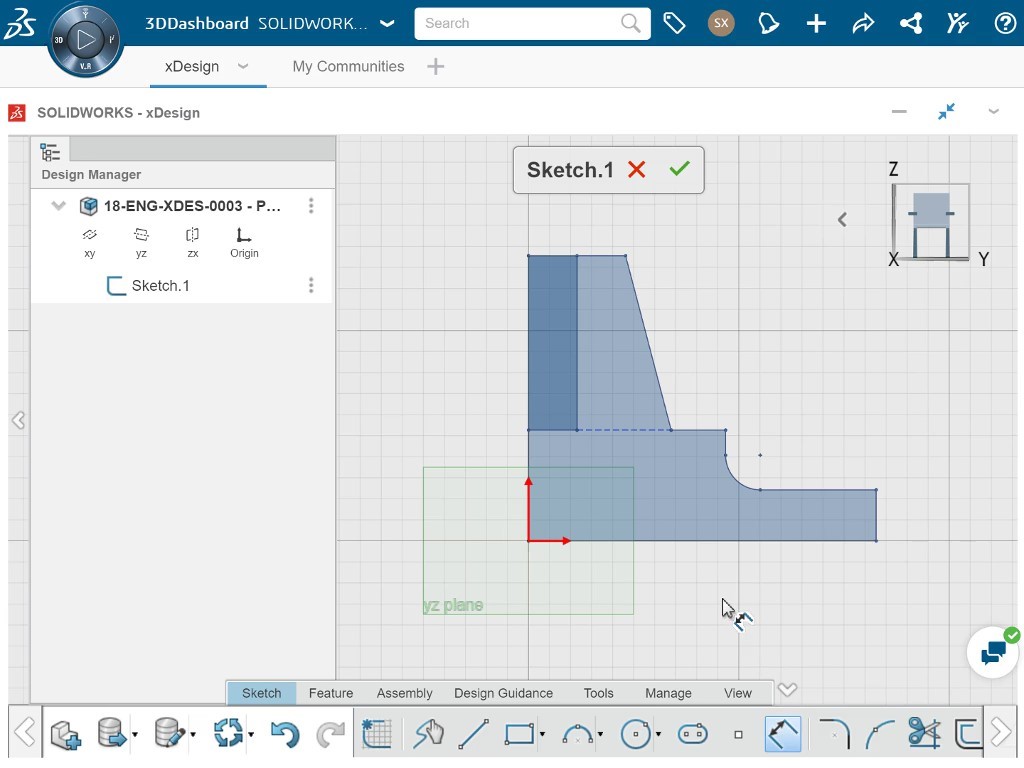 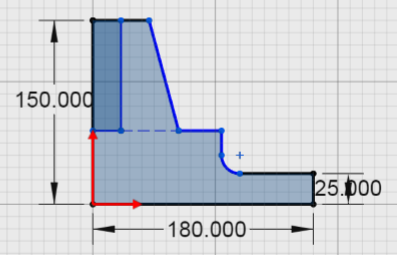 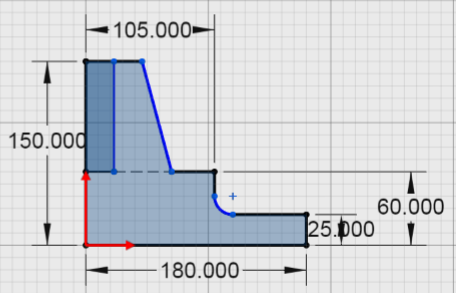 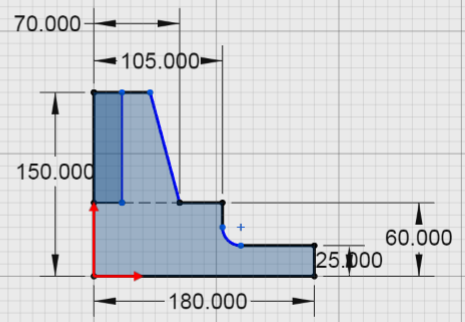 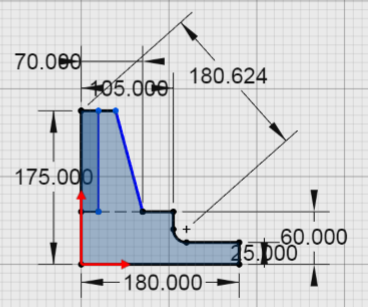 This distance, however, was just a way to show you the options when dimensioning between two points, so we’ll click “Undo” to remove it. 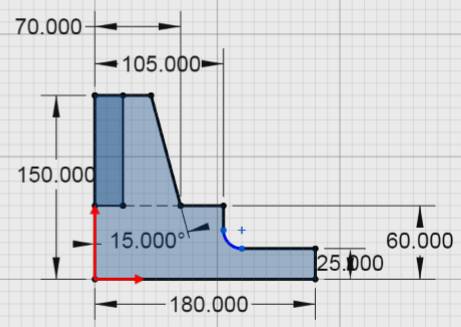 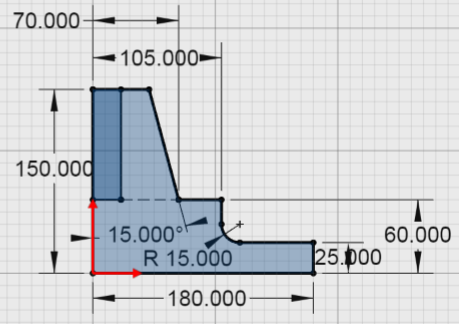 Notice that all the sketch entities have changed to black, which indicates that the sketch has gone from under-defined to fully-defined. This means that the sizes and relationships of all the sketch entities are set in place. They were also all created using the same “Dimension” command. However, let’s add one more sketch entity to learn how to add a diameter dimension. We’ll quickly draw a circle at the midpoint of the horizontal line shown below. This circle is now the only blue sketch entity showing it is the only under-defined entity. We’ll click the “Dimension” command, and then click on the edge of the circle to set the diameter. We’ll give it a value of 15 millimeters. Notice the diameter icon in front of the numerical value, which indicates that this is specifically a diameter dimension. 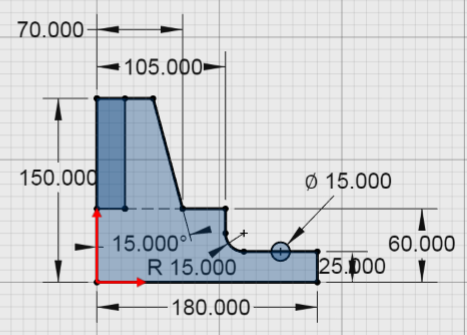 Now that we’ve covered the main dimension types added to this sketch, let’s look at another dimension type that can be helpful to include. “Driven Dimensions” are dimensions that don’t actually establish the size and relationships of sketch entities, but are “driven” by other dimensions and show a reference value on screen. For example, let’s say that we want to know the total height of the angled line. We can click on the top edge, click on the point at the bottom of the angled line, and place the dimension. This “driven dimension” appears in gray instead of black, making it easy to differentiate. We also can’t set a value since the dimension is determined by the other parts of the geometry, showing as 90 millimeters.

To set the total length of the angled line, we’ll click on the angled line shown here, which will create another “driven dimension”. At first, the same 90 millimeter dimension appears, but if we move the mouse upward, the dimension shifts to be along the angle of the line, indicating it’s total length. 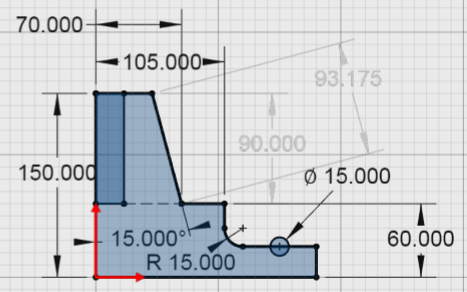 To wrap up, let’s consider how to edit and delete dimensions. To edit a dimension value, simply double click on the numerical value. We’ll change this 150 millimeter dimension to 175 millimeters. 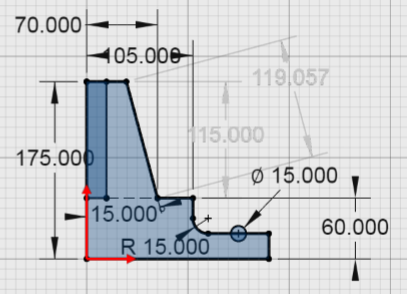 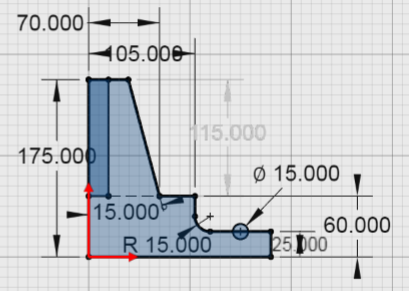 Did you enjoy this series? Be sure to check back on the SOLIDWORKS Tech Blog to learn more about xDesign! Incase you missed it, take a look back on Part 1, Part 2  and Part 3 of the xDesign Sketching Series.