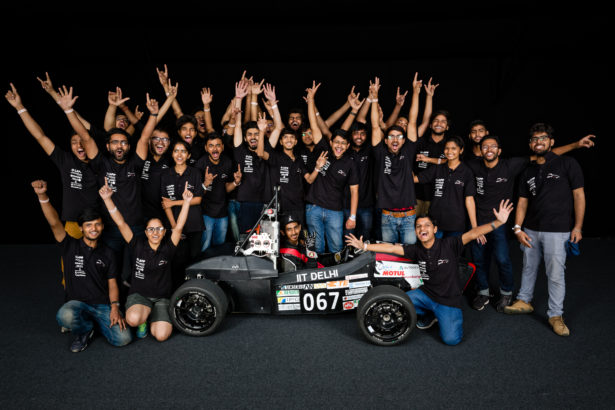 SW Education sponsors over 4,000 teams a year worldwide.  I recently had the pleasure to virtually meet the team leaders of Axlr8r Formula Racing from IIT Delhi India, Deepansu Kaushik and Vivek Mahindrakar.  Axlr8r Formula Racing is the first Indian Formula Student team ever to pass all five scrutinies at Formula Student Germany in electric category.  After many trials and tribulations, this team has shown resilience, perseverance, and the importance of working as a team to succeed. 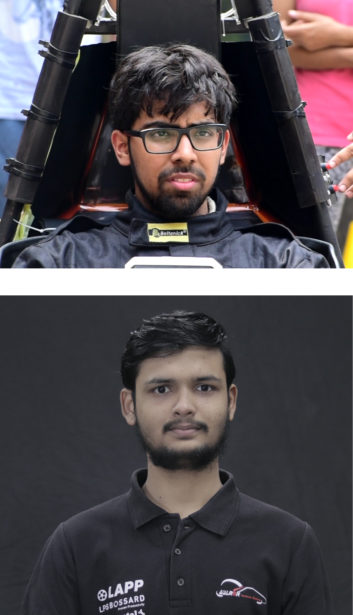 Both Deepansu and Vivek are mechanical engineering majors. They’ve been part of the 22-member team for over three years. Because of their passion for cars and motorsports, they feel Formula Student is the best place to learn complete product development and hone their engineering skills.

Typically students at IIT Delhi aren’t exposed to 3D modeling until their fourth term (fourth semester of their second year) but because of their involvement with Formula Student, Axlr8r Formula Racing members start learning the same in their first year. Senior team members mentor the first year students and expose them to CAD/3D modeling.

The team not only used SOLIDWORKS Premium to design parts. They also use SOLIDWORKS Flow Simulation to study the cooling efficiency of various parts like radiators and accumulators, CFD & FEA for analyzing the static structure, sprints for parts, and to optimize the airflow around the vehicle, SOLIDWORKS Visualize for the final rendering and SOLIDWORKS Electrical for integrating ETVs and for routing wires. 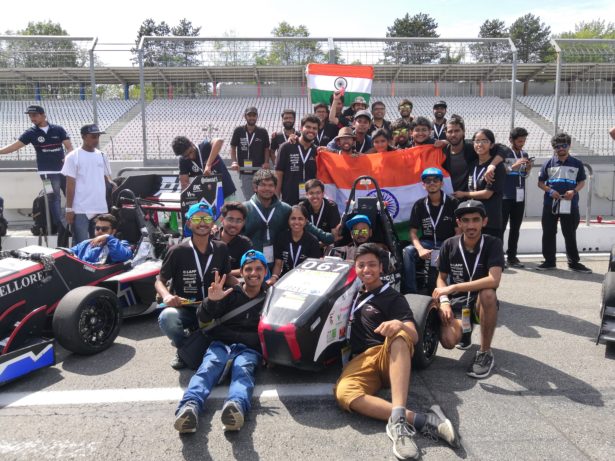 Formula Student Germany becomes one of the best hiring grounds for future engineers and leaders. Big automotive companies heavily sponsor and attend the Formula Student competitions. With this in mind, Axlr8r Formula Racing runs their team with a similar organizational structure. The Board of Students has the highest authority of the team and includes the team captain and supporting students. Then there are chief engineers who look over specific departments; mechanical system chief engineer, electrical system chief engineer. Then after that, each sub-department has its own senior engineers. The team is further organized into multiple sub domains like Chassis, Suspension, Brakes, Drivetrain, Cooling, Drive Control, Accumulator, Integrated Electronics, DAQ and BMS. This is truly a team effort.

Formula Student Germany is considered the world championship of all Formula Student competitions because of the sheer talent of teams that participate. Teams must pass several scrutinies to prove their car is safe enough to be driven under racing conditions. The scrutinies include mechanical, electrical, accumulator, brake test and rain test. All the safety conditions are set according to the German racing standards. Clearing all the scrutinies is considered quite the feat in itself.

Watch the video to see the team’s journey and success at Formula Student Germany.

Deepansu will graduate this year, with Vivek entering his final year.  I asked Deepansu what final words he would like to leave Vivek and the team. Deepansu said, “…when going through different, difficult situations, the best thing to do is to keep your spirits up and put your faith in the team members that you are working with… knowing at the end, if everyone gives their 100%, we always managed to find a way through the problems. For me, the Axlr8r Formula Racing has been like a second family to me. That’s the one thing I would like to tell them to treasure the people along this path.”

Special thanks to ©FSG – media team for the use of the competition photos.