It’s always nice to be appreciated. Just ask Kent Allison. He’s an instructor and the Department Chair of the Technology and Engineering department at Mountain Vista High School in Highlands Ranch, Colorado. This past fall, he was delighted to receive an email from a former student, James Matsey. James was enrolled in Kent’s technology classes from 2010 to 2014—his entire high school career. After graduating from Colorado State University in the fall of 2019, James landed a job at Raytheon, designing drones. And he believes he would not have gotten his current job or any of his college if he did not have the advanced SOLIDWORKS skills he learned in Kent’s classes.

When asked about Kent’s classes and learning SOLIDWORKS in high school, James said, “I was able to take an advanced SOLIDWORKS class where we were doing concurrent enrollment [with local community college, Arapaho Community College], where you got high school credits as well as college credits.” The final exam for the concurrent enrollment class is the Certified SOLIDWORKS Associate exam (CSWA). James passed it with flying colors and went on to pass the Certified SOLDIWORKS Professional exam (CSWP). After getting his job at Raytheon, he thought it would be nice to reach out to his former teacher and give something back to his high school’s community. 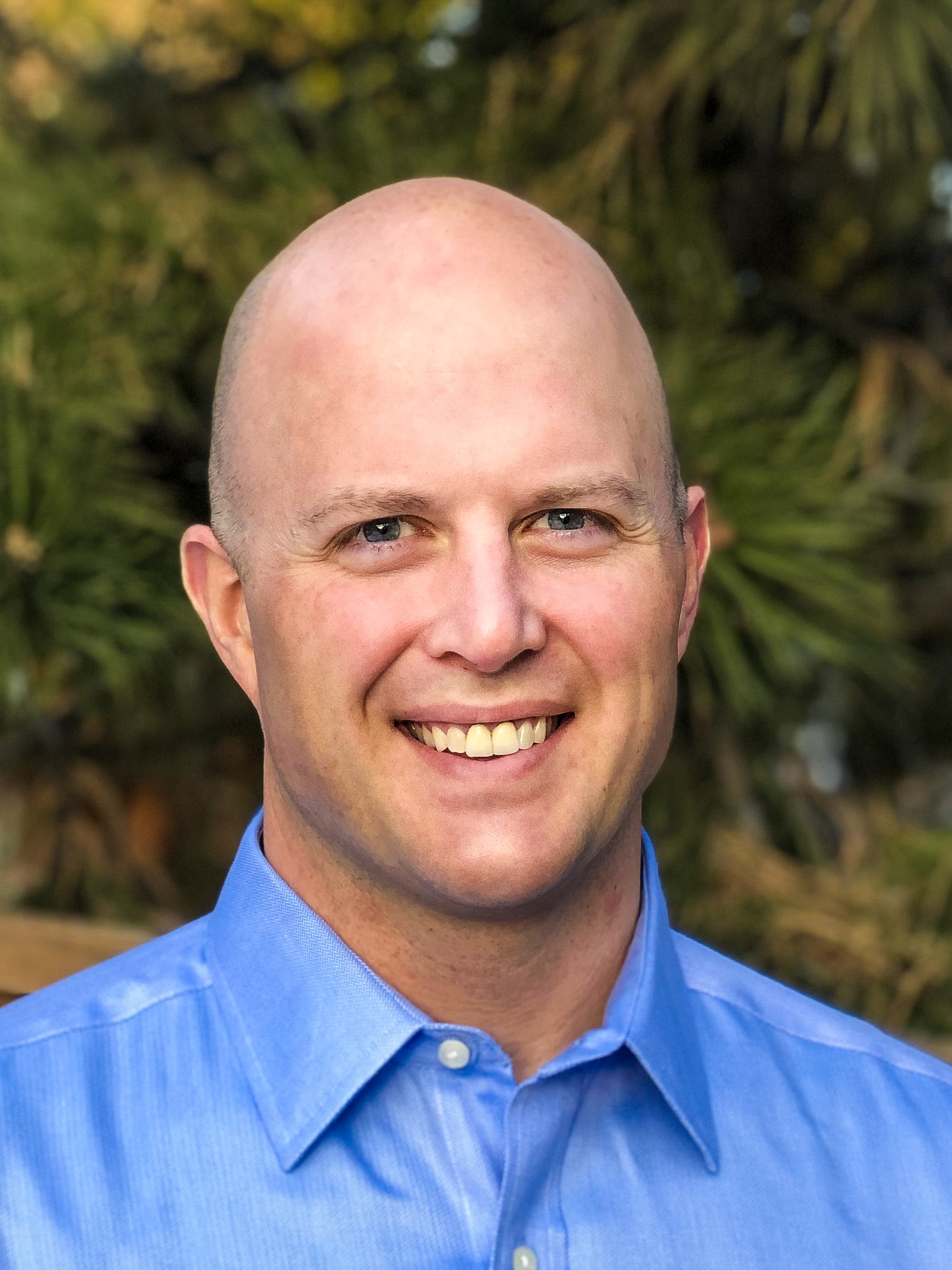 “It doesn’t happen as often as you might think!” laughed Kent, reflecting on James’ email. He loves when his formers students send him updates on their lives—it makes his day when he gets correspondences from students, and he’s always excited to learn how his classes, especially those that focused on SOLIDWORKS, helped his students build their careers.

Kent knows about career building. He’s been teaching for 19 years, starting as a business teacher at Heritage High School in Littleton, CO. While he was there, he saw SOLIDWORKS being used in woodshop, and something clicked. “I was a business and computer teacher at the time, and then I saw [SOLIDWORKS] and I was like, ‘This is what I want to do,’” he said. He went back to school to get his Master’s degree in technology education. And then he was introduced to Mountain Vista High School. 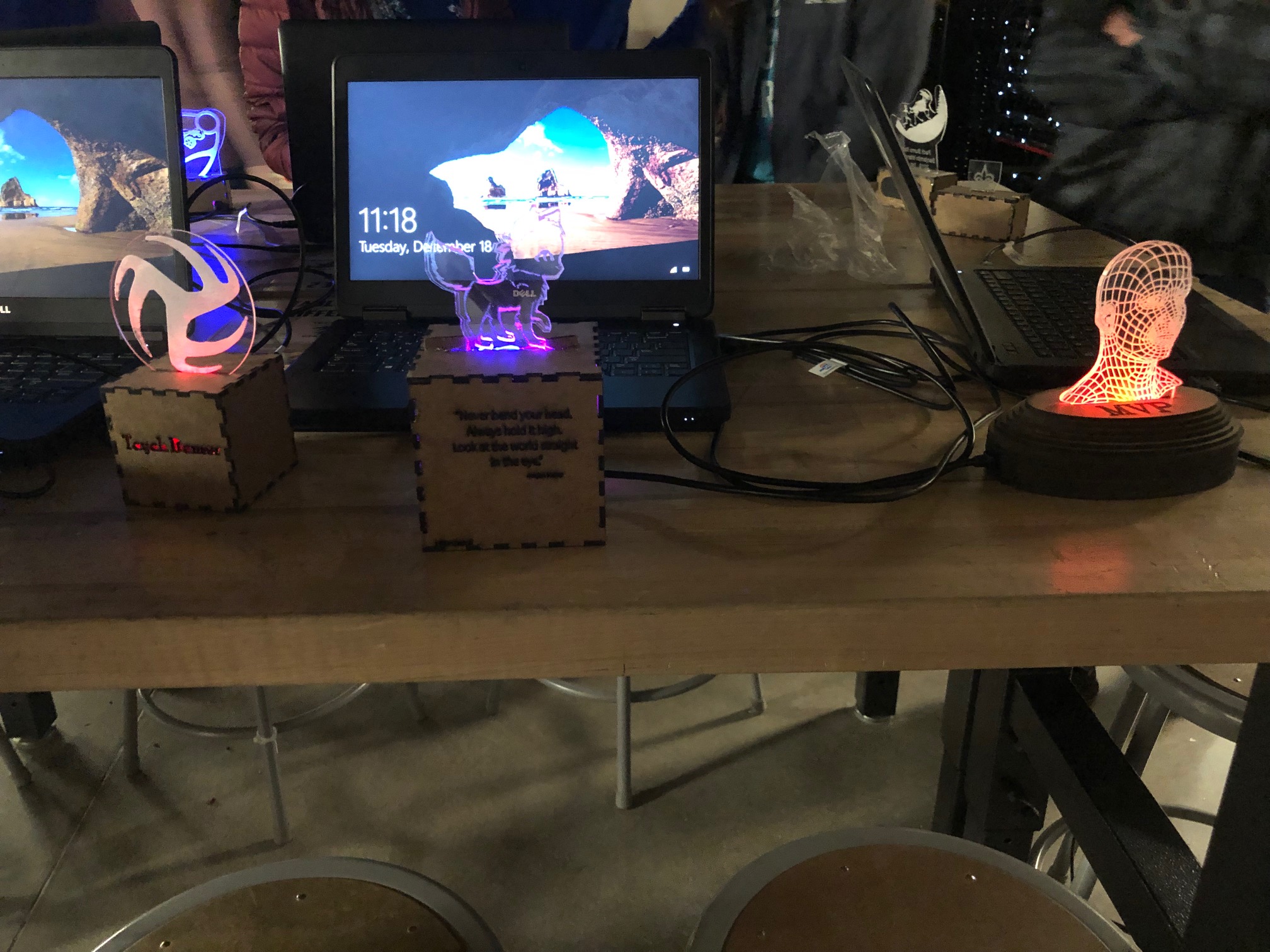 When Kent started at Mountain Vista 14 years ago, there was no engineering program. “It was a blank slate,” he recalled. Kent was able to build the school’s technology and engineering program from the ground up. He started learning SOLIDWORKS, eventually becoming a CSWP and a SOLIDWORKS Accredited Educator. He set up Mountain Vista’s STEM LAB from nothing, and built what has become one of the most respected high school engineering programs in Colorado. His lab has eight 3D printers, a laser cutter, a slew of power tools, an electrical station, milling machines, and more. And he is also one of the leading SOLIDWORKS certification providers in the state of Colorado.

During the 2017-2018 school year, over 50 of Kent’s students became SOLIDWORKS certified. This year past year, 2018-2019 he had 64. The number keeps growing, and with Colorado’s Career Development Incentive Program, Kent is excited to see more students grow with SOLIDWORKS. “[The Career Development Incentive Program] has been unbelievable for our program and program’s like ours,” Kent explained, “because the state pays the schools back $1,000 per certification.” Once the district takes off money for the school’s SOLIDWORKS subscription, Kent is left with tens of thousands of dollars to improve his program and his school. Now he can buy new equipment, fund more programs, and he used some of the money to buy his plane ticket to 3DEXPERIENCE World 2020 in Nashville, TN. 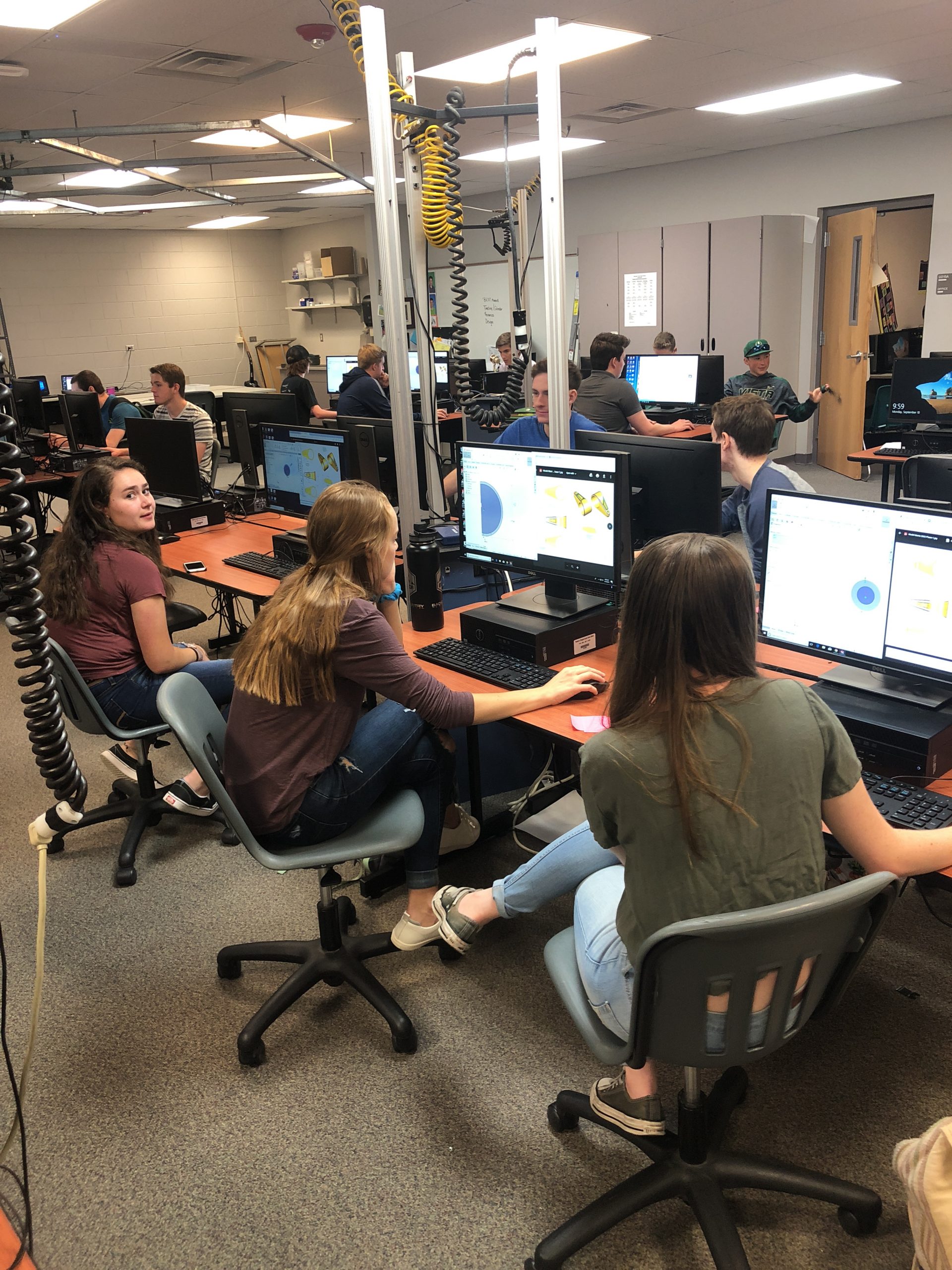 At the end of the semester, Kent hands each of his passing students a print out of their certification. It’s a proud moment for him. “I tell the kids, ‘This is a huge thing that you’re giving back to the school right now, and you get the benefits of being SOLIDWORKS certified in college,’” Kent said. Students who passed through his program were able to skip introductory design classes in college because they were SOLIDWORKS certified.

For an example, he told me about former student Cat Billings. Kent recently heard from Cate and learned she was accepted into the NASA funded Colorado Space Grant Consortium, where college students get to do hands-on space exploration work. She is currently working on a project called the Great Lunar Expedition for Everyone (GLEE), building a method for deploying 500 LunaSats on the moon. What’s special about Cate? She’s freshman at the University of Colorado. With the CSWA she earned in Kent’s classes, she was set apart from the other applicants and is one of the few freshmen accepted into the program.

Cate came back to Mountain Vista High School to talk to Kent’s current students about her experience. When he asked her if there were any classes that really helped her, she told his students, “The concurrent enrollment SOLIDWORKS class. It’s pretty amazing. You should take it.” 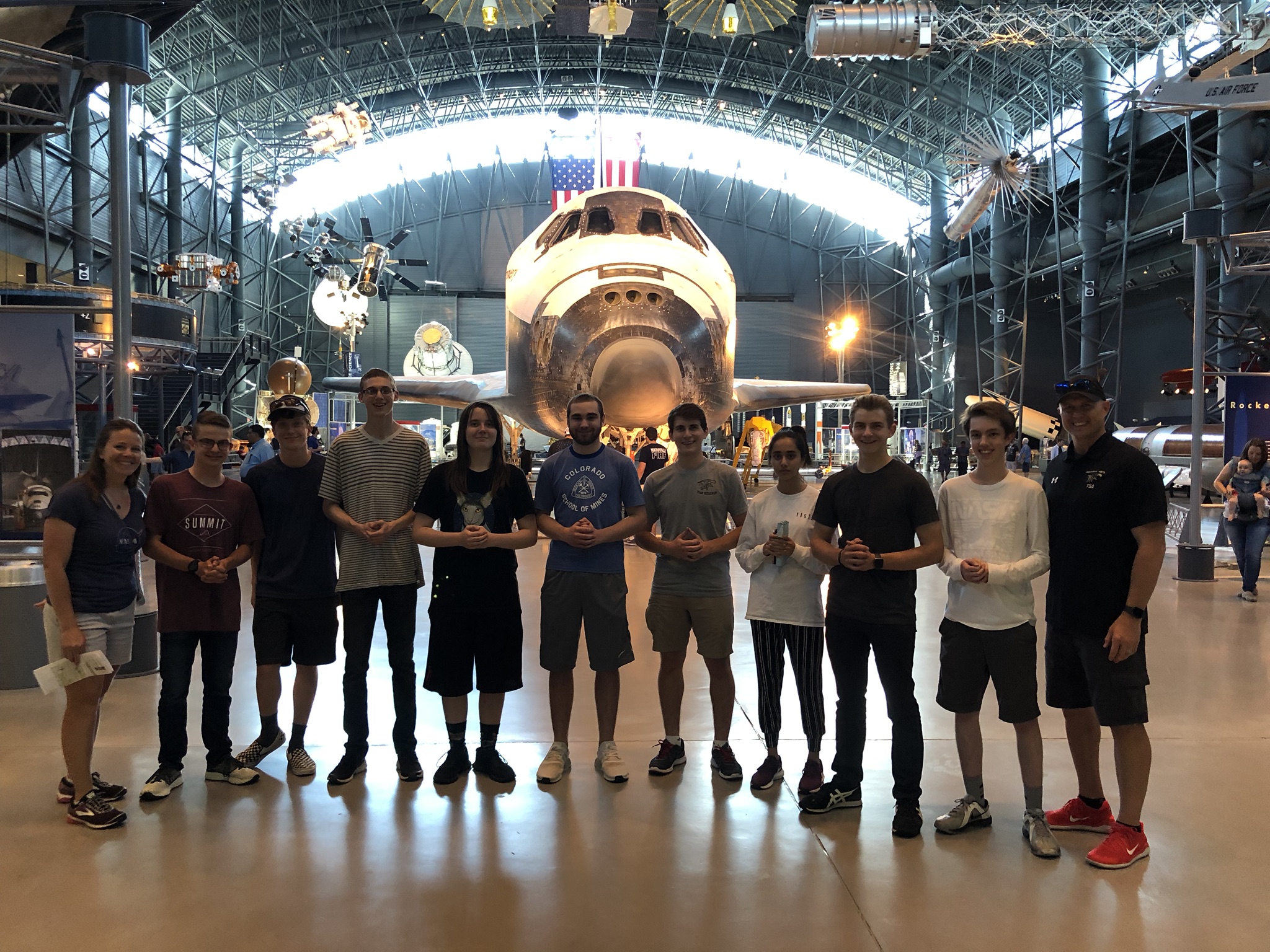 “I think the way Kent offered [the SOLIDWORKS concurrent enrollment] class and gave kids the opportunity to learn software that’s not just for education, but is something that’s actually used in the workplace and used by professionals was refreshing and very valuable,” said James Matsey, reflecting on his time with Kent. Beyond his work at Raytheon, James continues to use the skills he learned in high school: he utilized SOLIDWORKS to design a folding skateboard while he was in college. He’s looking forward to perfecting the design and starting a Kickstarter to fund his project.

That’s the kind of growth high school teachers love to see from their students. It’s the kind of success a teacher like Kent loves to hear about, and loves knowing he had a part in. “You want the best for your students,” he said. “You hear story after story about students’ experience with SOLIDWORKS. It’s tough to learn in the beginning, and then when students find out what it can do and the things they can make with it, it just opens their eyes.” For him, seeing that impact is incredible. Having the opportunity to inspire kids to have a career in engineering, or even just make something, is amazing to him.

Learn more about certification and becoming an Academic Certification Provider today. And to all former students who had teacher in high school or college who helped inspire them, it’s not a bad idea to shoot them a note and say hi.