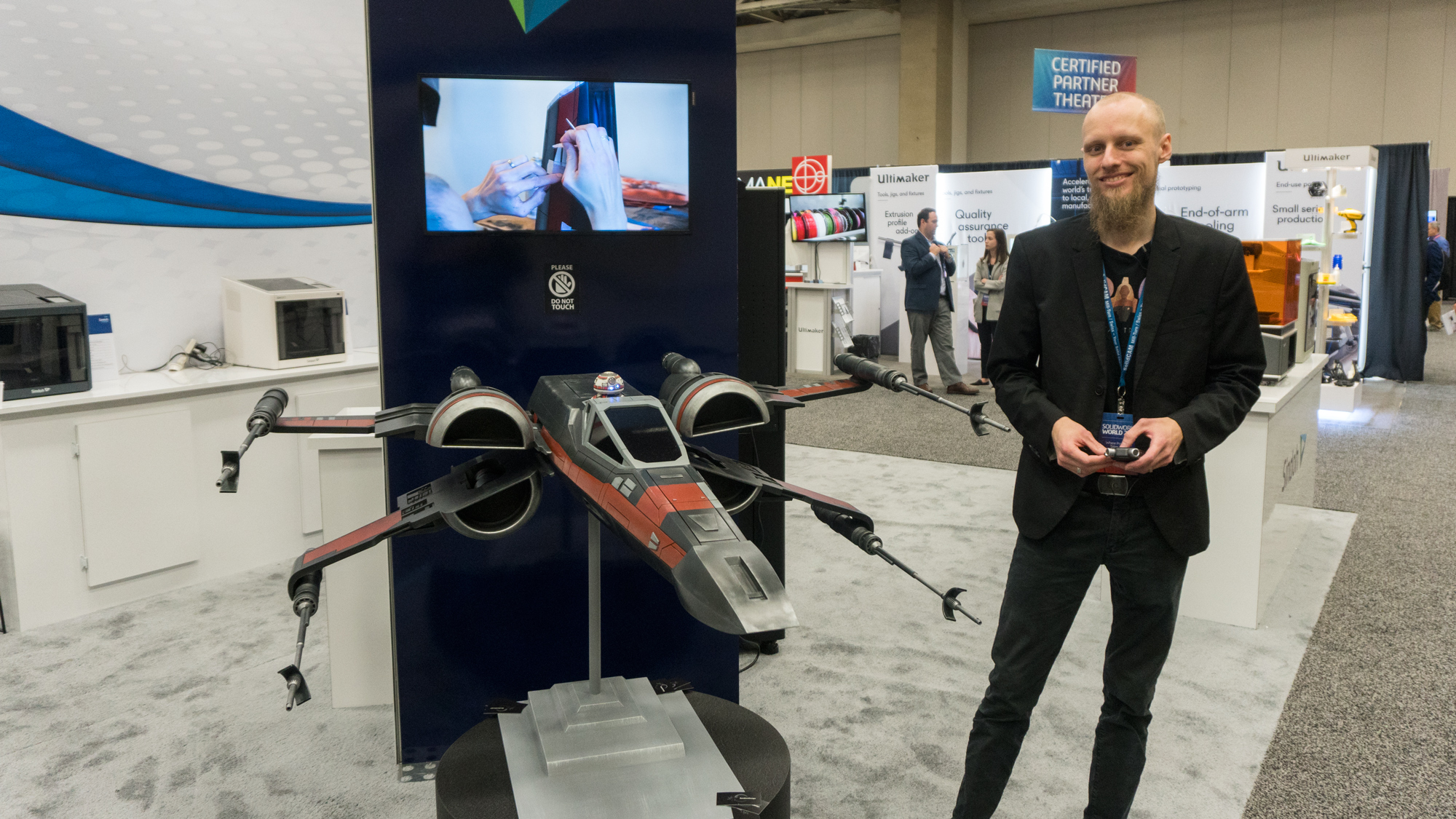 SOLIDWORKS World 2019 had a feast of techy delights for the attendees to peruse. One of the biggest draws was at the Sindoh booth, where Stefan Ulrich stood. Over and over again, he watched people take photos and say, “Oh man, my [son/husband/wife/etc] would love this!” They were taking pictures of his Star Wars X-Wing, modeled in SOLIDWORKS and 3D printed with Sindoh 3D printers. The cosmic design was made up of 152 parts, beautifully painted and smoothly integrated together. 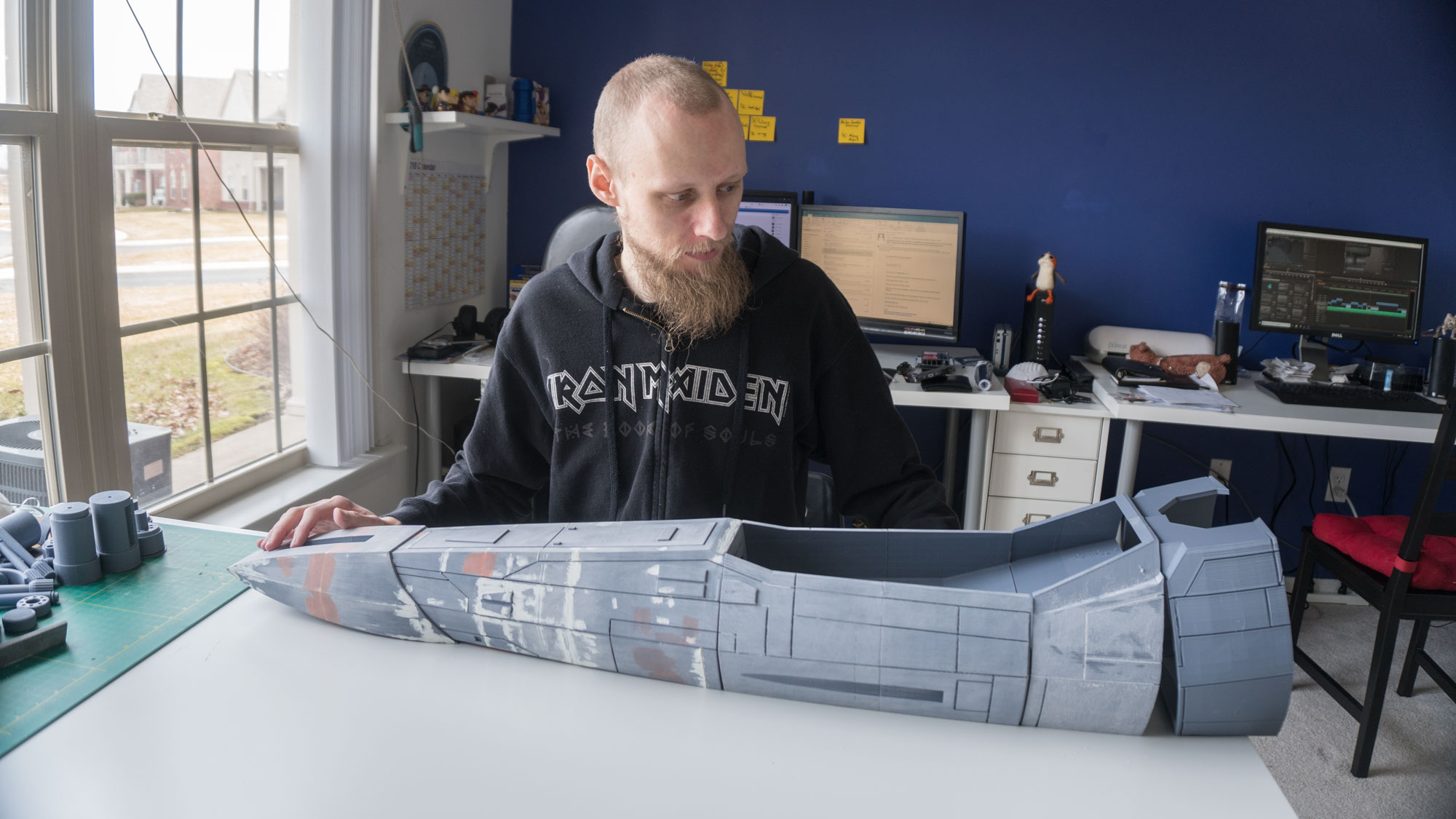 Stefan is the award winning artist behind RandomDesign, a prop shop that specializes in functional designs. He works on costumes and 3D models, but his two main foci are case modding and prop making. Case modding is the modification of a computer case in a non-standard way, and Stefan’s mods are anything but standard. He’s created computers inside a life-sized, realistic Dalek from the Doctor Who series, a “Behemoth” Battlecruiser from Starcraft, a 3D printed Venom bust, and more. In fact, the X-Wing he designed for SOLIDWORKS World will eventually become a working computer, along with being an incredible design and 3D printing feat.

Guests at SOLIDWORKS World were surprised to discover the work that went into creating the X-Wing. Stefan 3D printed 152 individual parts on one single Sindoh 3D printer, an operation that took two months to complete. And then he spent another month and a half processing the parts. “I sanded everything down to hide all the layer lines from the printing,” he explained. “Then I glued everything together, sanded it again, primed everything and filled all the gaps and imperfections with putty and filler. I sanded it again, and then when the surface was perfectly smooth, I started painting.” This multi-week process led to the awesome final product. 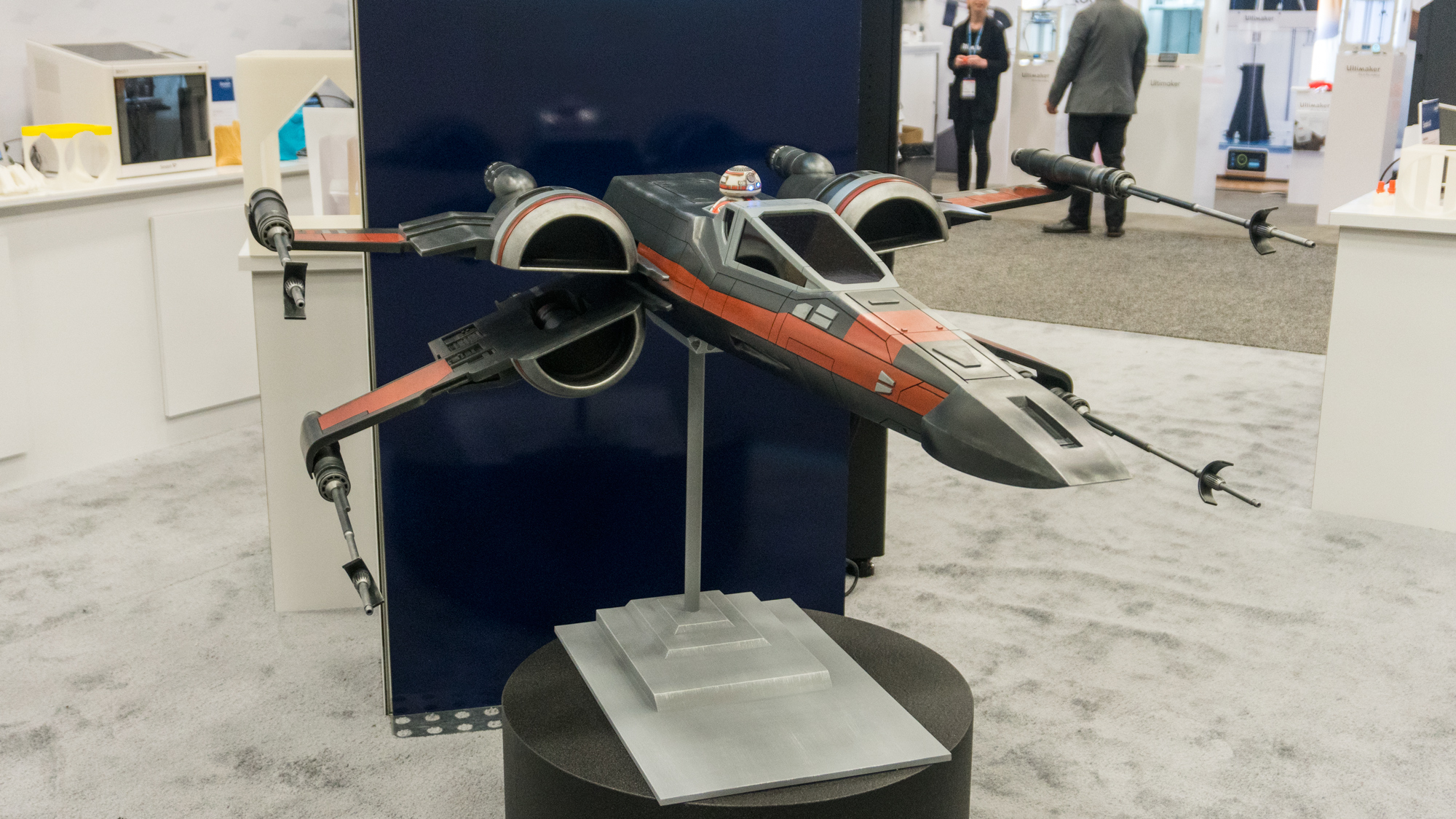 Stefan’s partnership with Sindoh made this feat possible. He began prop making in Germany, and once he and his wife moved to the US, he searched for a company to partner with. After reaching out to over 25 companies, Sindoh told him they were very impressed with his work and would like to collaborate. In return for building items for Sindoh’s exhibitions, Stefan has his own 3D printer and receives all the filaments he needs to build his projects. And when SOLIDWORKS World 2019 rolled around, Sindoh wanted Stefan to be involved. 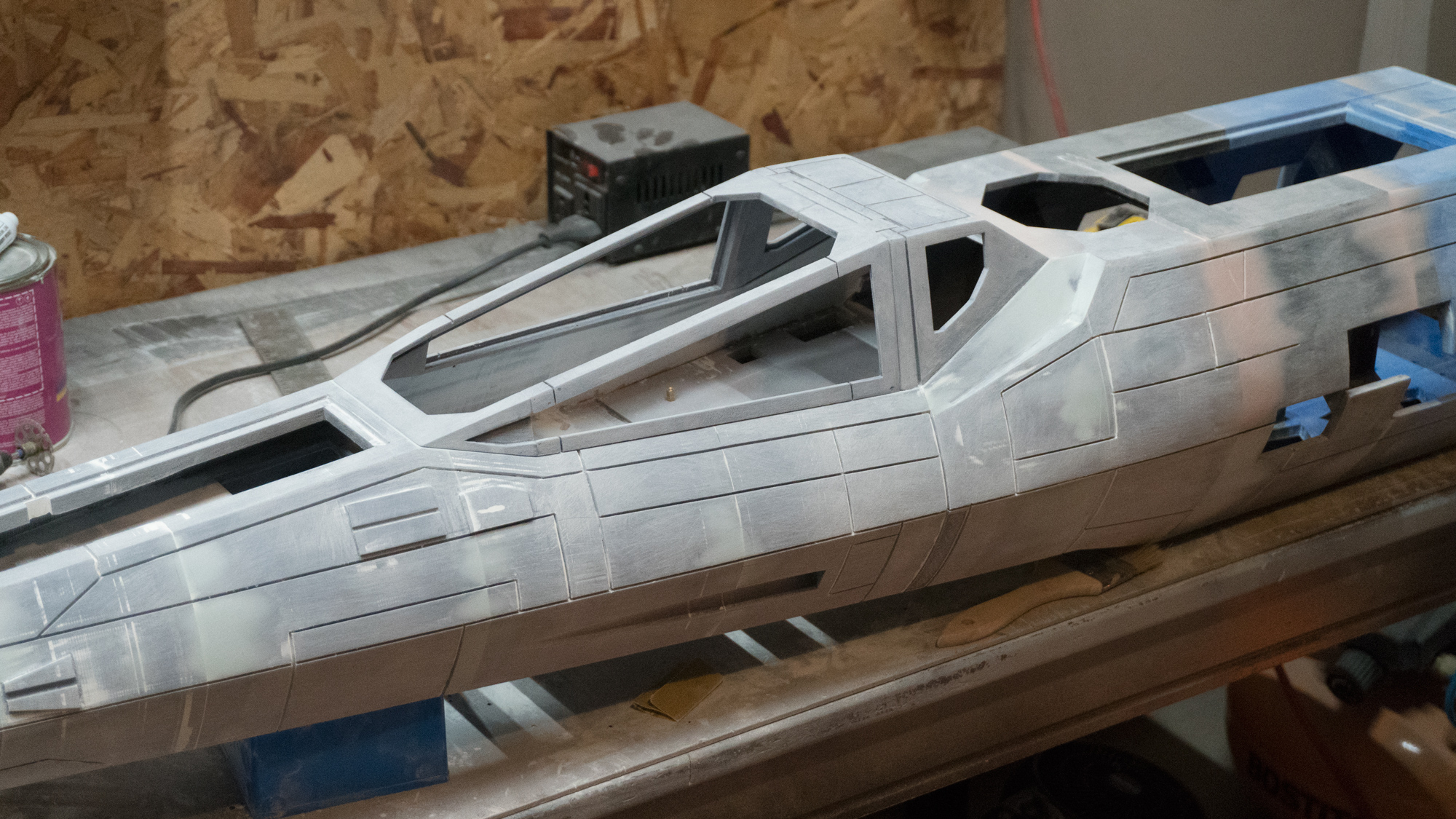 “For the last six months, I’ve been using SOLIWORKS Education Edition for my 3D modeling,” he said. “It’s superior [to other CAD]. For example, I needed to make a small hinge. I created it in SOLIDWORKS, made a test print, and when it didn’t fit, all I had to do was measure it and change the numbers. In other software, I’d have to grab two polygons and drag them up and down with the mouse. But in SOLIDWORKS, if I’m just two millimeters off, I can change the design by two millimeters and print again.” He also likes the overall layout of SOLIDWORKS. “It’s very simple to learn,” he explained. 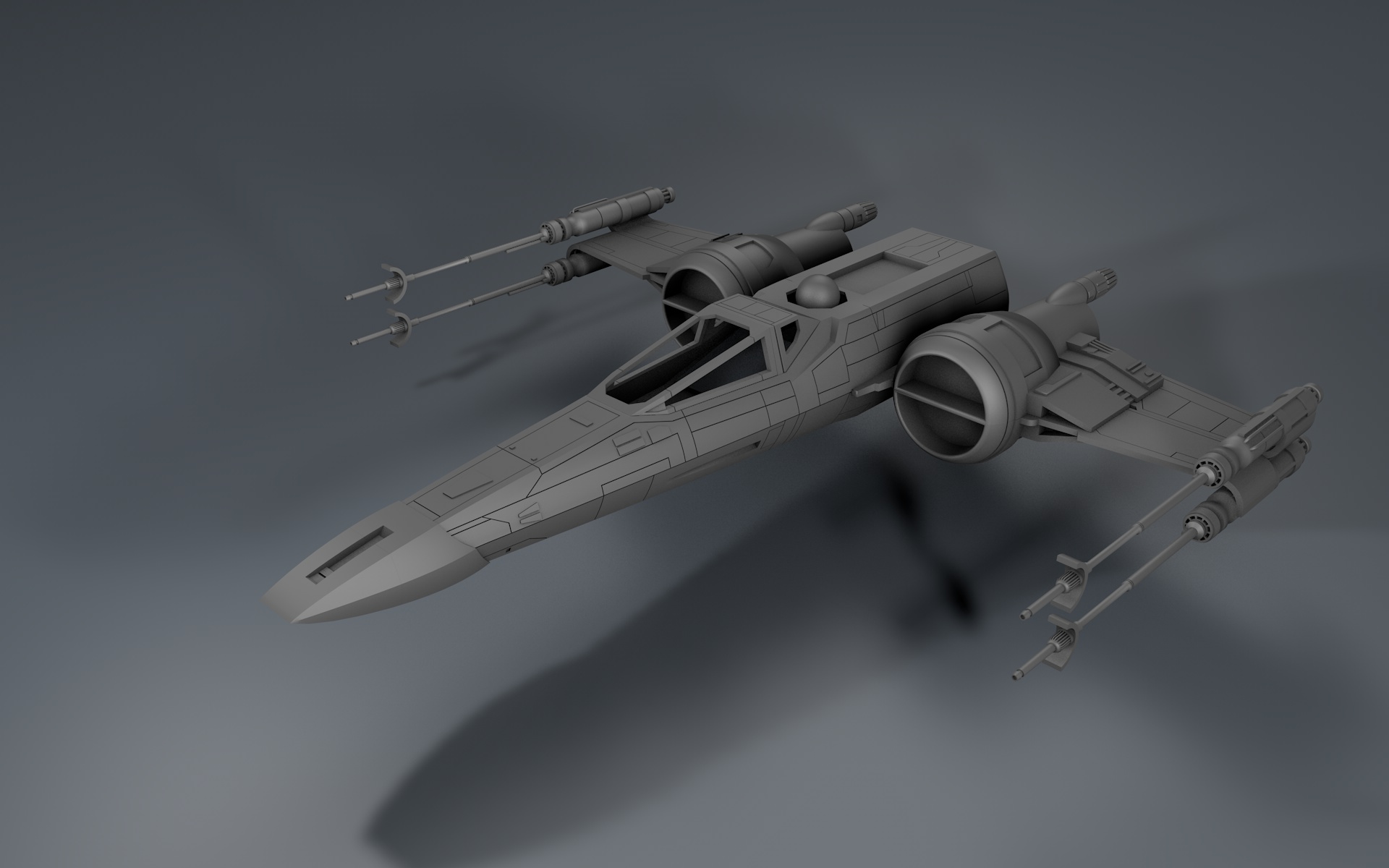 He would like to learn more. Stefan’s experience at SOLIDWORKS World was spent standing guard over his X-Wing and answering questions about his process and 3D printing, but he loved seeing the other industries represented in the Partner Pavilion. “My experience at SOLIDWORKS World was very positive,” he said. “So many people were impressed with what’s possible with 3D printing, that you can print so many individual parts and make [the model] so big, make it looks like one uniform body so you don’t see the layer lines or the gluing lines.” He’d like to attend 3DEXPERIENCE World in 2020, where he hopes to attend breakout sessions and learn how SOLIDWORKS can be used specifically with 3D modeling. 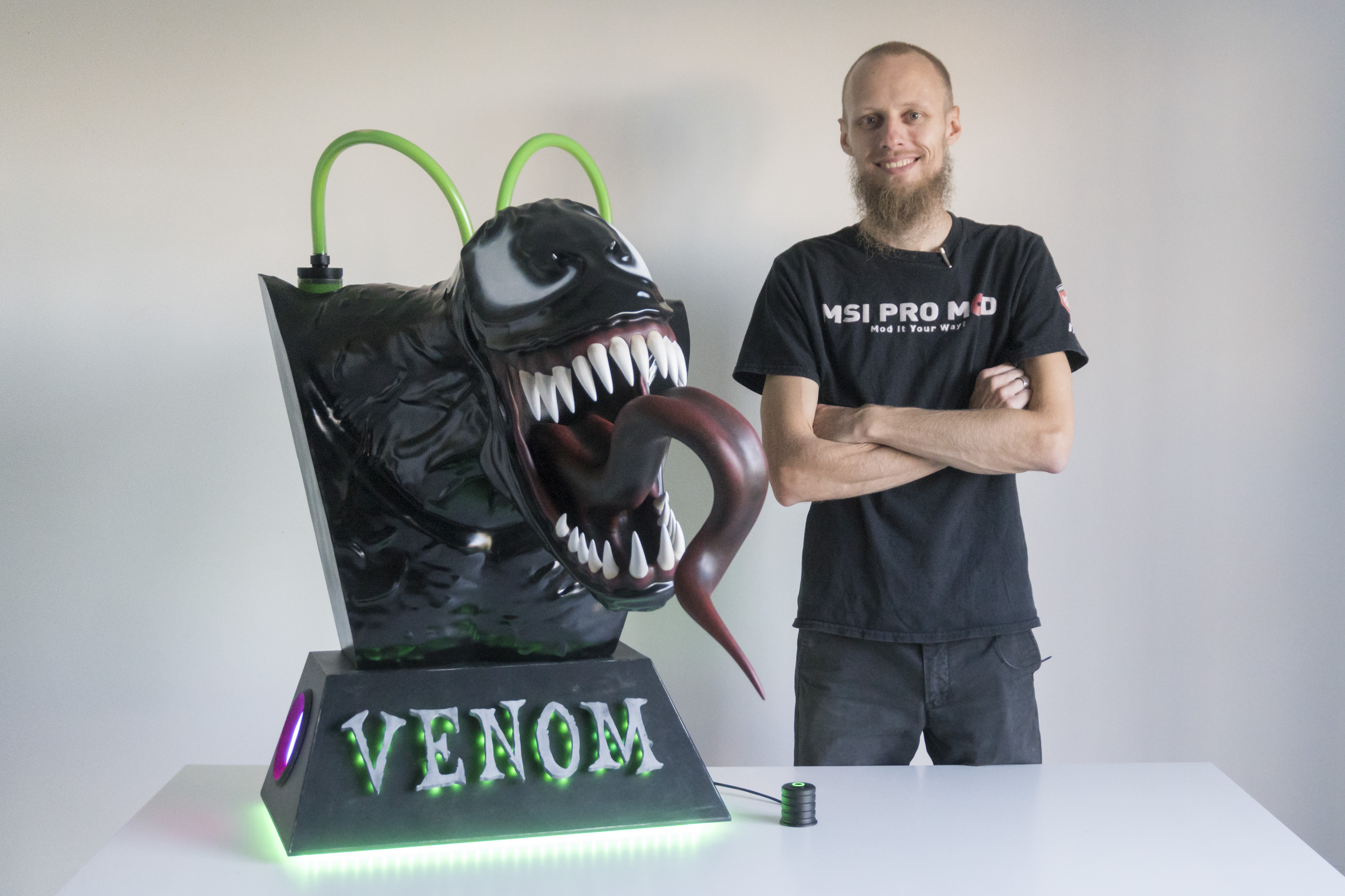 While he’s completing the X-Wing and turning it into an epic computer, Stefan is also working on other projects. He’s in the process of modeling and making a full-size recreation of Batman’s armor from the film Batman Vs Superman: Dawn of Justice. He’s excited to learn more about SOLIDWORKS as a software and add it to his toolbox. And he has advice for other makers or hobbyists: “Just start. Grab tools and just start. It doesn’t have to be perfect on the first try, or even the second one…Starting with something small helps you feel successful. Then you can work your way up, and figure out what techniques you like, which tools you like, what kinds of things you like to make, and you can work your way forward from that.” 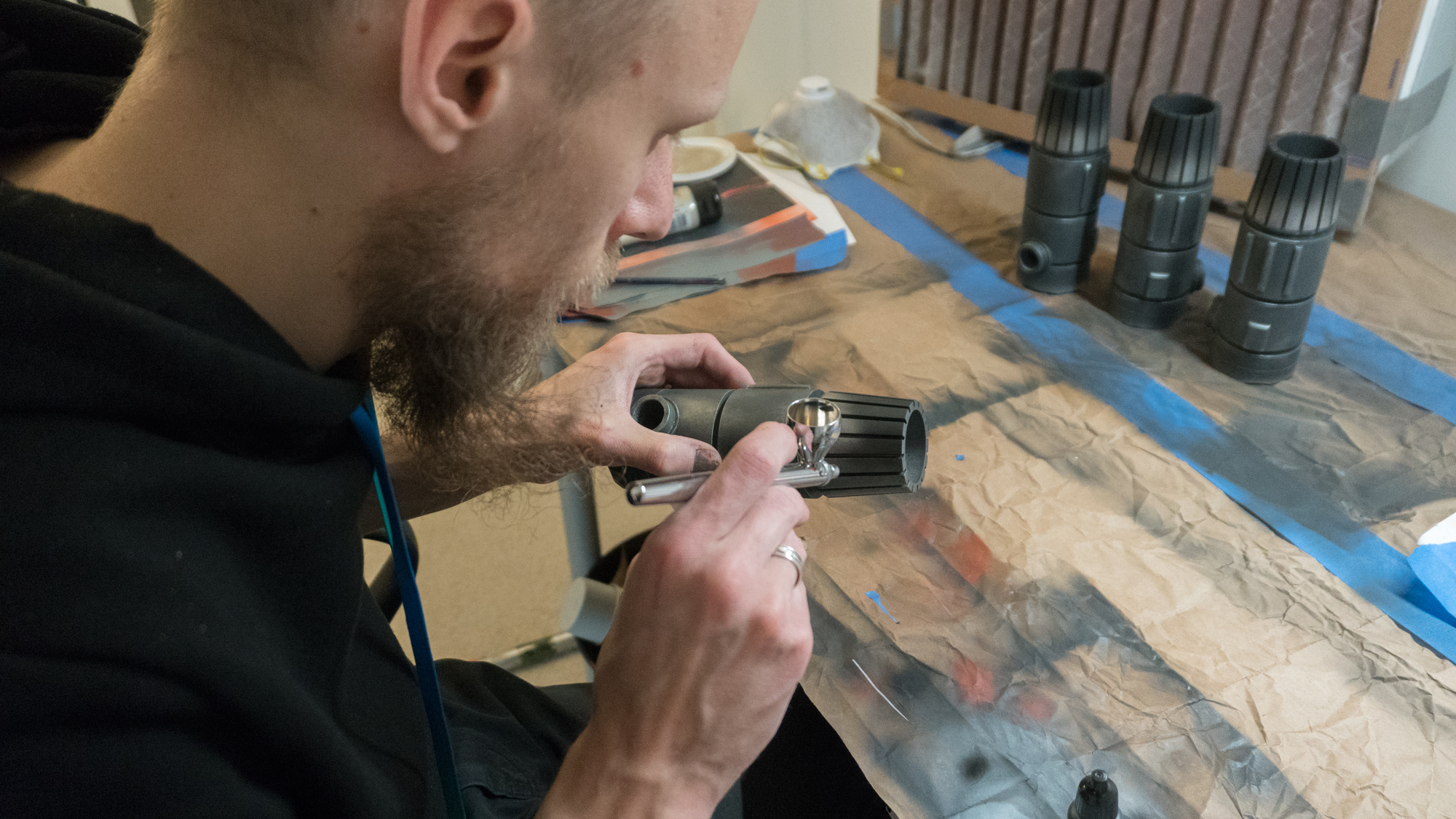 This thought process extends itself to his use of SOLIDWORKS. “There are so many things you can do in this program, I haven’t even discovered all of it yet,” Stefan said. “I’m still in the process of learning and finding new things every day.” With more exploration, who knows what kinds of designs he’ll make? Stefan is already an incredibly creative and talented maker, and his creations and the work that goes into them are sights to behold. We can’t wait to see what else he’ll bring to life. 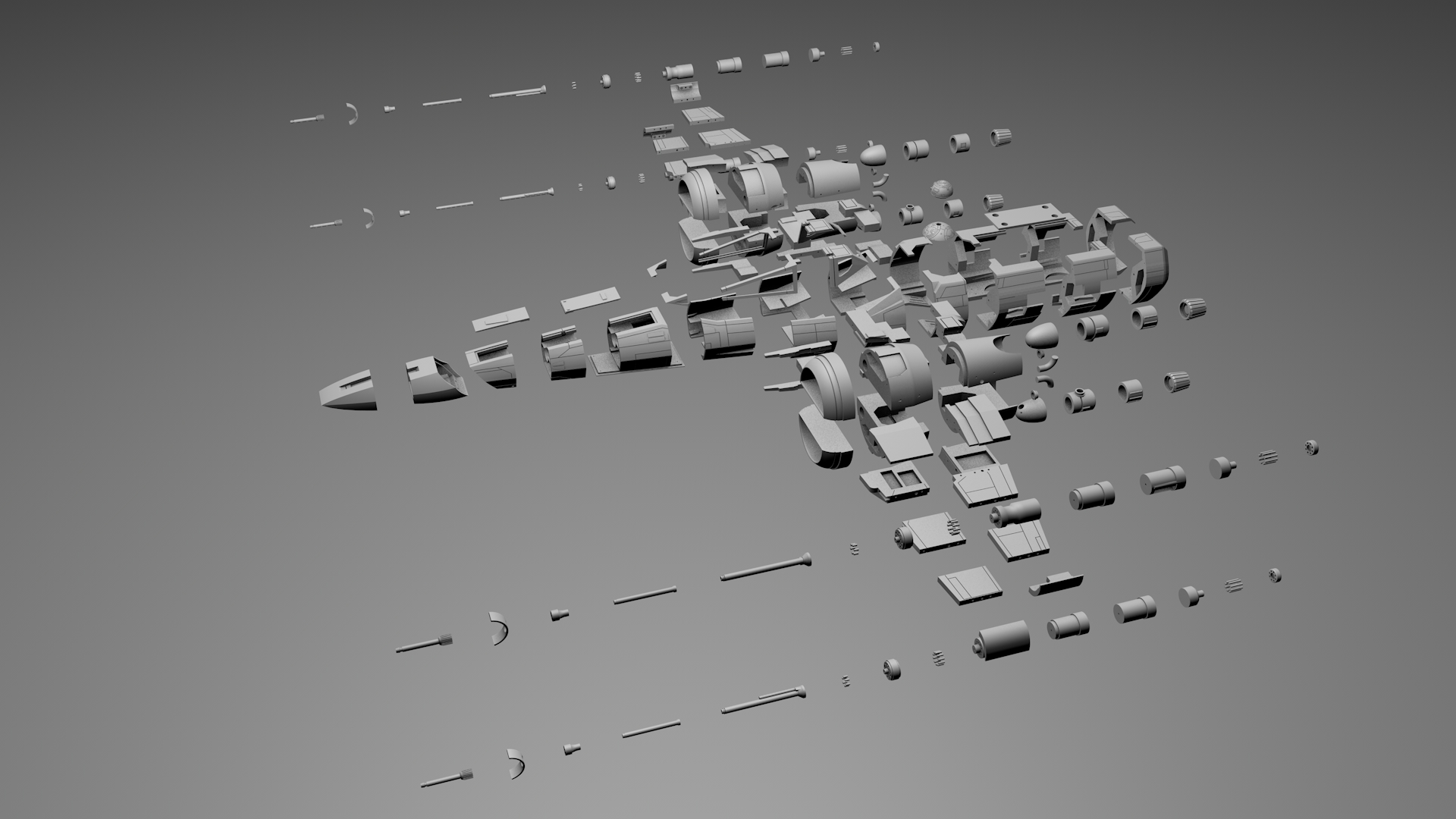 Thank you to Stefan Ulrich for taking the time to discuss his work, his partnership with Sindoh, his experience with SOLIDWORKS, and his time at SOLIDWORKS World 2019. To contact Stefan and see more of his work, visit RandomDesign’s website or follow him on social media @random2k4design.

Sara Zuckerman is a Content Marketing Specialist in Brand Offer Marketing for SOLIDWORKS and 3DEXPERIENCE Works.