My partners and I at Ten80 Education, like most of you, are wrapping up the school year and preparing for summer camps and clubs.  I want to share with you some of the projects students have worked on in  2011-12 as part of the Ten80 Student Racing Challenge: NASCAR STEM Initiative. 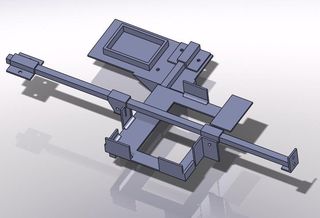 Most of the projects and investigations in the curriculum parallel the work that NASCAR teams do in the weeks and months leading up to races.  The overall engineering goal for student teams is to optimize performance of their 1:10 scale radio-controlled (RC) cars.  One of the most exciting new ways to do that has been developed in a partnership between Ten80, Eaglecrest High School and Horizon Fuel Cell.  The Eaglecrest team submitted it for judging in the P.I.T. Now (P.I.T. = Petroleum Independent Transportation) and Creative Engineering categories.  P.I.T. Now challenges students to devise new ideas toward a more sustainable transportation system.  This project may also help their team win the endurance races in 2011-12.

With guidance from teacher, Ross Ericson, senior Toby Mascara of Eaglecrest High School (Centennial, CO) has modified the car so that an on-board hydrogen fuel cell recharges the Ni-MH battery.  Drive times on a single battery are extended roughly from 15 minutes to 40 minutes.  Though this particular project doesn't match those of NASCAR teams, every major automotive company is developing a hydrogen car. 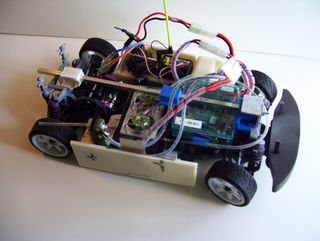 Our team provided Ross and Toby with a set of dimensioned sketches and pictures of hand-crafted prototypes made from foam core – a design from Ten80's lead mechanical engineer, Jeff Thompson.   From that starting-point, Toby retrofitted the 1:10 scale RC car to mount a hydrogen fuel cell, control box and Hydrosticks that store the hydrogen in solid form.  The real challenge was to (1) optimize center of gravity so the car still handled well on a track and (2) ensure that Ten80 Student Racing Challenge teams can change out the batteries and Hydrosticks in a quick pit stop. 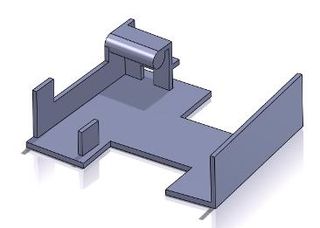 Once the SolidWorks files were created, each prototype part was printed on a FDM machine.  Each of the pieces is now installed in the first series of hybrid hydrogen fuel cell cars that are real hobbyracers, not just educational toys. Toby’s goal for future development is two-fold.  One is to minimize the material used in the parts without compromising their strength (they are after all installed in a car that can crash) and the other is to eventually make the parts out of a composite material. 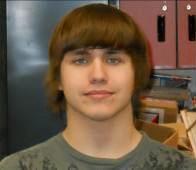 Our team of engineers and educators at Ten80 are so motivated and encouraged when we see the creativity, skill and accomplishments of students like Toby (above) who have teachers like Ross (above) and technology like SolidWorks.  We are proud to provide them motivation and guidance through our coalition of STEM mentors and through the Ten80 Student Racing Challenge: NASCAR STEM Initiative curriculum. 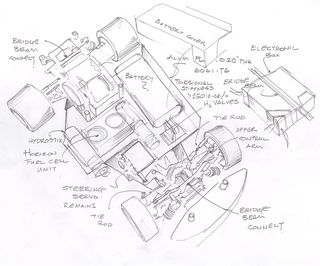