Designing in the context of an assembly or top down design is one of the great benefits of SOLIDWORKS. The designer can use components in one assembly as a reference to design a new component in another assembly. If the component in the referenced assembly changes the new component will change accordingly. This is great because my design intent is working for me and I don’t have to remember to update two components independently to keep everything updated.

There are things we must be aware of when working in a top down mode. Large assemblies are heavy loads on our computers especially when assembly modeling is not well thought out and violates assembly modeling best practices. The over use and/or “willy-nilly” application of in-context relationships will bring your assembly performance to its knees. It’s important to understand how in-context design is used effectively without increasing the performance load on your computer so you can realize the full benefit of associative top down design capabilities with minimal downside.

So, what do we do when we want to use a component in the top level assembly as an in-context reference in a subassembly? Create configurations of each subassembly suppressed and unsuppressed to reduce the large assembly load when working in-context? Sure this method will work but it also adds to the performance load of the top assembly. There’s a better way with SOLIDWORKS 2020 using Envelopes.

In this example I’d like to design a component which will attach the hydraulic cylinder shaft and provide the ability to pivot in the Boom Support highlighted in green. 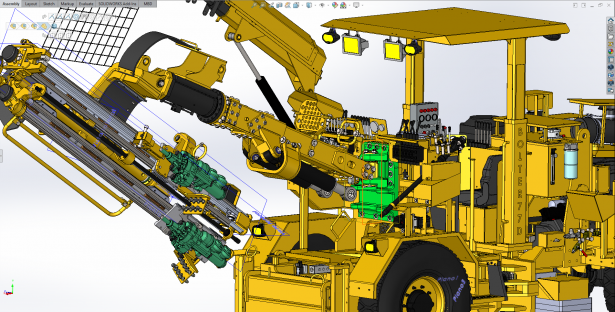 The Boom Support is in the Boom Assembly as seen here. 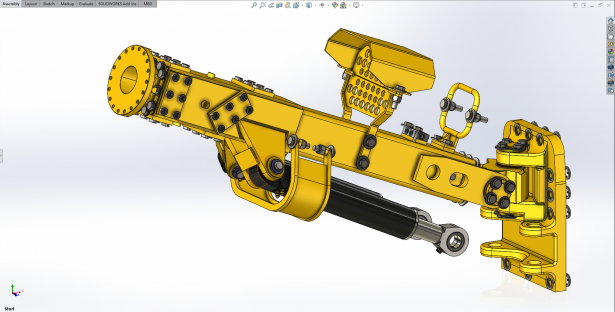 The next step is to define a subassembly the Assembly Envelope component will reside in along with the new Knuckle component I’ll design. We’ll call it the Knuckle Assembly. 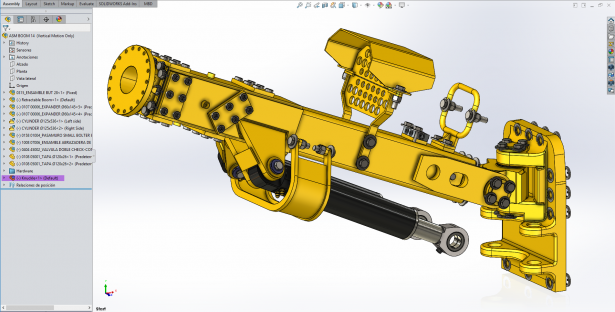 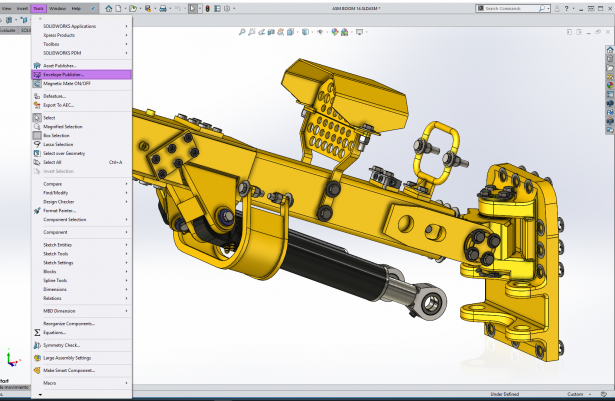 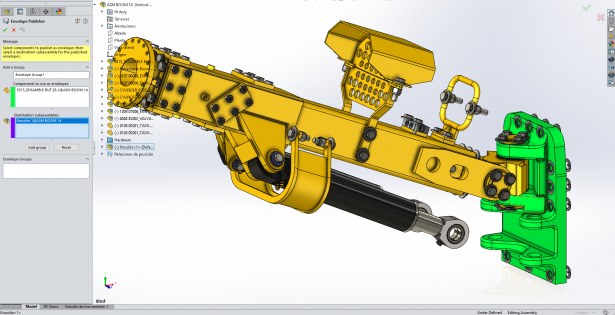 Opening the Knuckle Assembly the Boom Support is there ready to be used. Notice the In-Context indicator next to the Published Envelop in the Design Tree. Expanding the Envelope we’ll have access to all of the features of the Support Housing which we can edit if required. 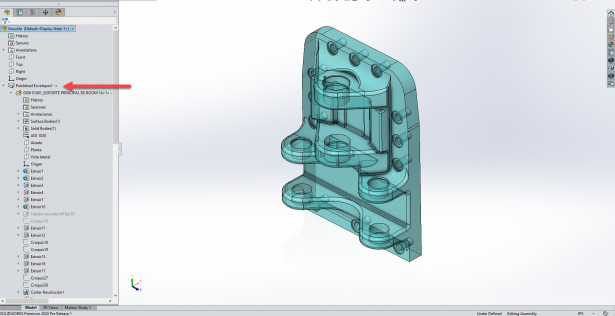 To get the Knuckle Design started I’ll add the 2 Wear Plates from the Design Library and mate them to the Boom Support. 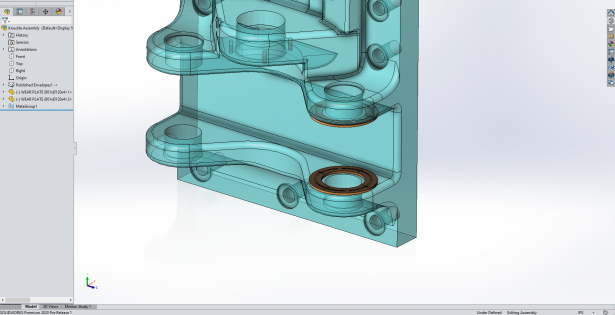 By using the Boom Support as a reference the new Knuckle component is designed using the surrounding geometry and positioned exactly where it needs to be. 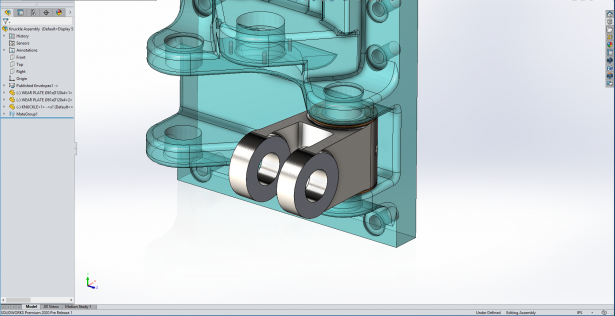