Welcome to the “Creating a Belly Racer with SOLIDWORKS” blog series. If you need to catch up, you can start with the first one here.

Well, summer is over so it’s time to put my blogger’s hat back on and get everyone caught up with the latest Belly Racer developments. I didn’t take the summer off from working on the Belly Racer and continued to design the chassis and roll cage structure.

In the last blog the design of the chassis was discussed in detail and in this blog I’ll go into more detail on how the chassis and roll cage structure will integrate.

There have been many advancements is race car engineering and design related to driver safety. For instance both IndyCar and Formula 1 racing have adopted the “Halo” which is a mini roll cage designed to protect the driver during a roll over or from a collision with another car. Here’s a look at a NASCAR chassis with the integrated roll cage surrounding the driver’s area. Consider a NASCAR race car weighs 3,600lbs and is capable of going 200+mph. This structure is capable of protecting the driver when things go wrong, allowing the driver to walk away from a tremendous crash. 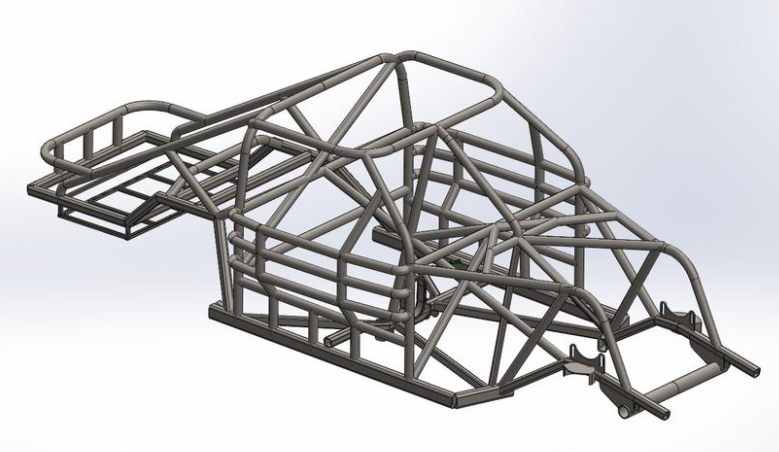 The F1 “Halo” on the left and the IndyCar Aeroscreen on the right. Indycar added the “windshield” because a driver was fatally injured when a part from another car hit the driver in the helmet.

Roll cages  and chassis are constructed of steel tubing usually 1.5” to 1.75” in diameter with a .090” to .125 or greater wall thickness. Its either TIG or MIG welded together depending on what type of steel is used. Some roll cages are made from 4130 chrome-moly steel which requires TIG welding and some are made of DOM or drawn over mandrill mild steel which can be MIG welded. The overall weight of the car influences the size of the structural members. F1 and IndyCAR race cars are manufactured out of carbon fiber composites and use very little metal in the chassis.

Since the Belly Racer starts out using a surplus aircraft fuel tank there’s not much room to construct a full-fledged roll cage so a roll bar will be utilized with a modified roll cage to protect the driver. The material will be DOM mild steel which is easy to bend using the correct tube bender and can be welded using a MIG welder. The roll bar and cage will serve another purpose; it will strengthen the chassis between the front and rear suspensions and minimize any flexing. Here’s what the Belly Racer chassis looks like with the roll bar and cage. 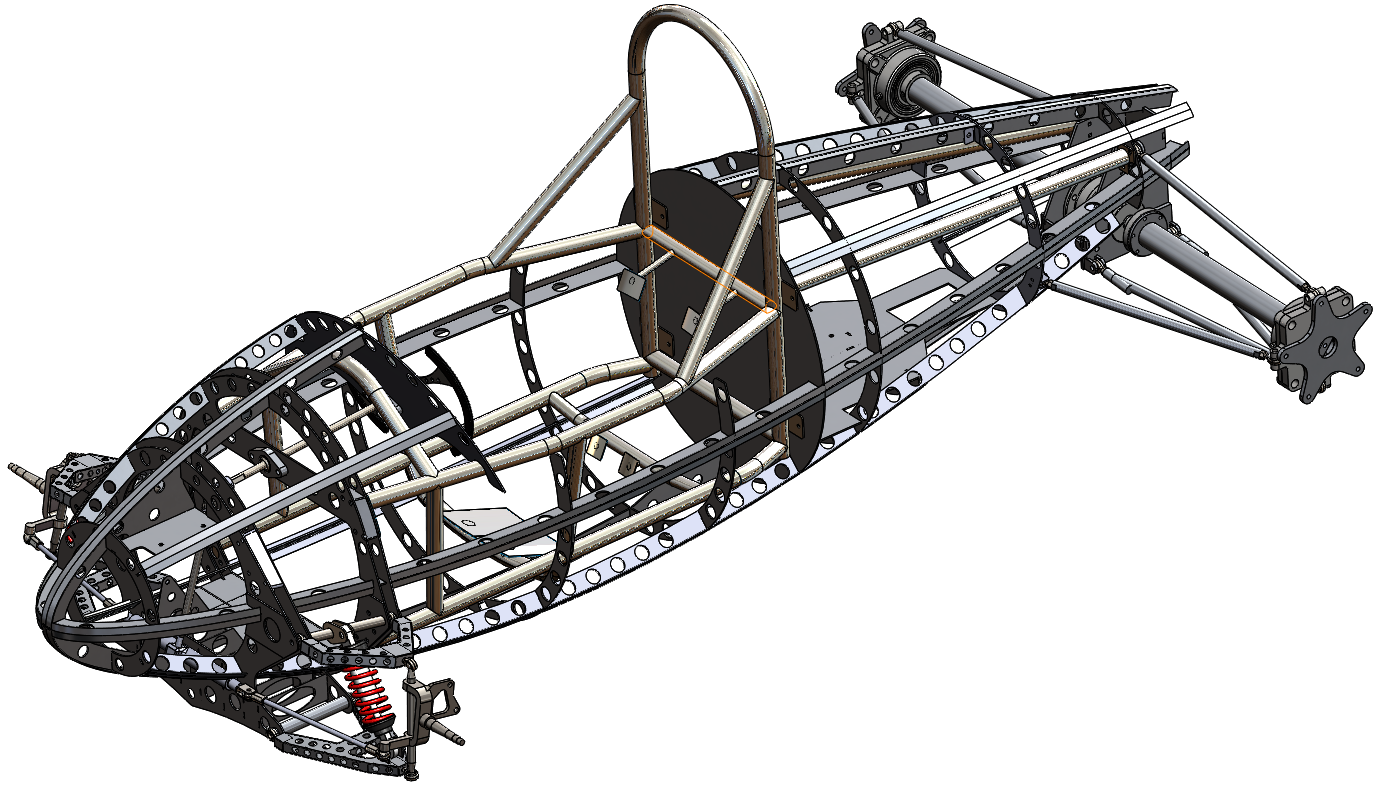 The reason it’s called a five point harness is the attachment points for the harness. There are two belts that go over the shoulders, two for the belts across the hips and one for the antisubmarine or crotch belt as shown here: 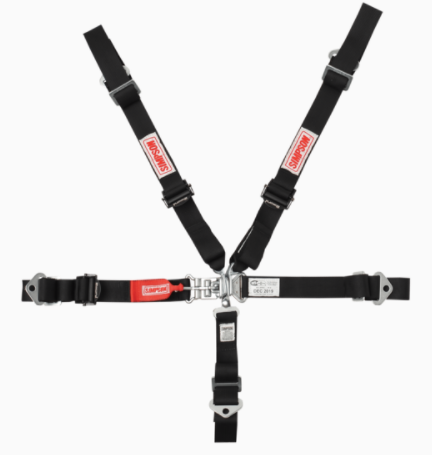 This isn’t the only safety device the driver will be using. Obviously the driver will be wearing a helmet with a HANS device. The Head And Neck Support (HANS) device keeps the drivers head from whipping if a sudden stop occurs in either a forward, backward or sideways motion. It was developed after a number of drivers died from basilar skull fractures in relatively minor accidents where the car crashed into an object and the driver was killed because of the sudden stop. Keep in mind the driver’s body is going the same speed as the car when the object was hit. The five-point harness keeps the drivers body in place but the drivers head continues to move at speed causing a fatal injury.  HANS devices are now mandatory equipment in all sanctioned racing series worldwide.

Here’s what a HANS device looks like. The device is held in place by the shoulder straps and attached to the driver’s helmet as shown on the left in the image below. The image on the right shows what happens without the HANS device. Here’s a good article in Car and Driver to read about the development of the HANS device. 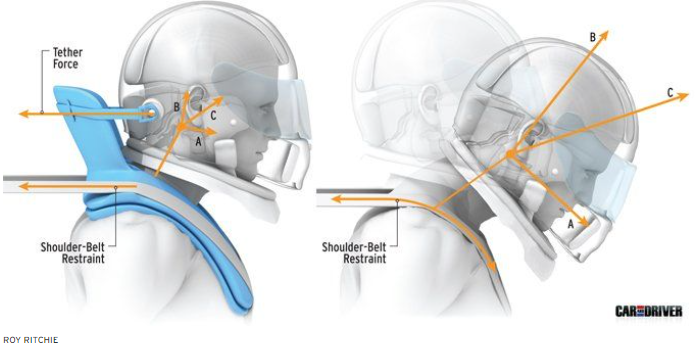 Next steps are to perform some structural analysis and maybe even some dynamics analysis to see what happens when the Belly racer is being driven over a bumpy track.