On October 6th, the SOLIDWORKS Magic Wheelchair build team presented a dazzling costume to this year’s recipient, Savannah. Creating the costume was no small feat and required the talents of over a dozen designers, engineers, artists, and developers. 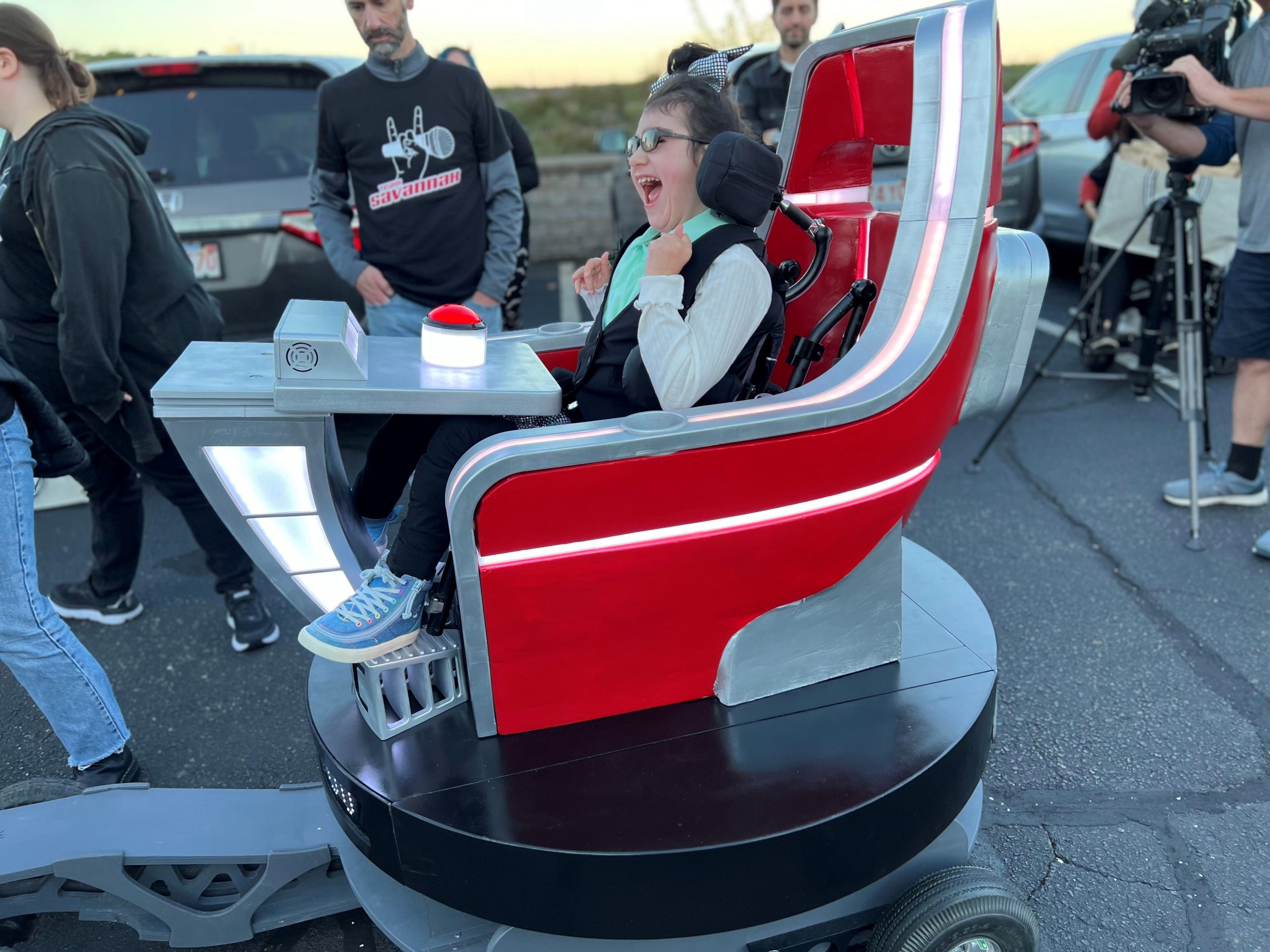 Building a scale replica of a judge’s chair from NBC’s The Voice was no easy task. The SOLIDWORKS build team needed to take into account Savannah’s needs and the requirements of the costume itself.

Savannah’s costume needed to be small enough to fit through a standard doorway so she could wear it to school. Its lighting needed to mimic the original design. She needed a way to properly interact with the button at the center of the chair—all new challenges the build team had never faced before.

Not ones to be daunted, the team decided to split up the design work: the frame, the chair itself, and the podium where the button would sit. To explore Savannah’s costume, we will go from the ground up and start with the frame and the base. 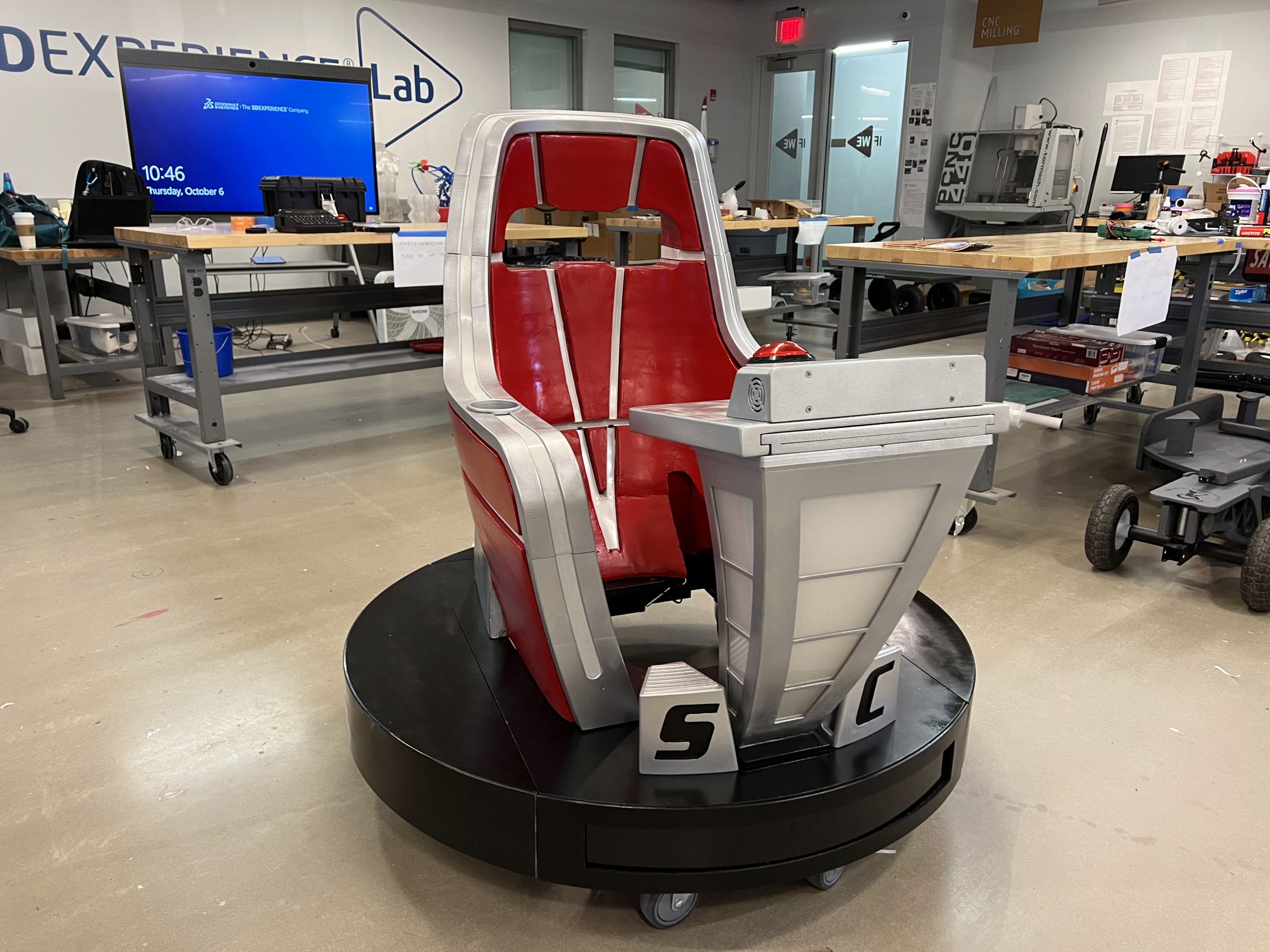 The Frame and Base

Previous builds were gigantic works of art: a scale replica of a monster truck, a gigantic, futuristic motorcycle, a grand princess castle driven by two colossal cats. The frames for these builds could have been costumes by themselves. After the first build’s frame was made of PVC, the build team moved to creating massive frames out of wood. This costume needed to be different. Savannah wasn’t riding in a vehicle, she was a judge sitting in a special chair. She also needed to be able to get through standard doorways, which meant a significantly smaller footprint than previous frames.

Sal Lama took on the task of designing the new frame and making it smaller than ever before. Unlike previous frames, this one wasn’t going to be hidden under a larger foam costume. The frame for Savannah’s costume would double as the base for the chair and be exposed. While the base for the original inspiration chair was circular, there was no way that kind of design could fit through a standard doorway. Savannah’s parents wanted her to wear the costume to school for Halloween, so doorway clearance was a must.

The team discussed the best options for the base. They decided to go with a circular base that had removable wedges which, once removed, would turn the base into a rectangle. There was some discussion at the beginning of the build over whether or not the chair should spin, but for the sake of Savannah’s safety, the team decided against it.

With the overall design decided upon, Sal opened up 3D Creator and got to work with the browser-based parametric design tool xDesign. He started with a simple circle, then used the width of an average doorway (36 inches) to figure out where the rectangular piece, the actual frame around Savannah’s wheelchair, would be.

Using photographs from the first visit with the family and specs from measuring the wheelchair, Sal created his tightest frame fit yet. Previous frames attached to kiddos’ wheelchairs with ratchet straps. This time the frame was directly pinned to Savannah’s wheelchair. The ratchet straps in previous builds also accounted for costume suspension. This time Sal had to put slots in the frame for an independent suspension.

He added structure to the back of the frame and gussets to give support. All the gussets had respective grooves to give them strength. Sal used his home CNC to cut out the wood for the frame, then brought the pieces to the 3DEXPERIENCE Lab to glue them together in preparation for the dry fit. 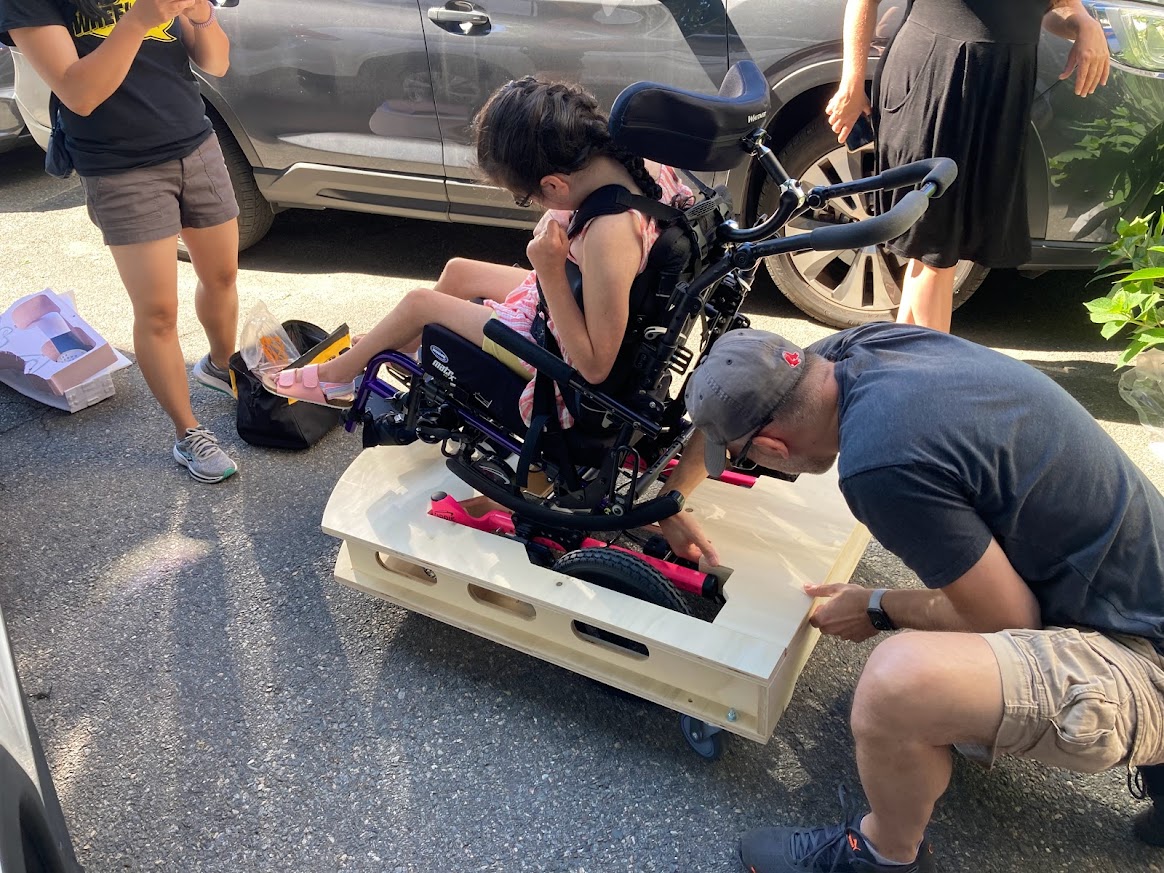 The team visited Savannah for a frame dry fit in early July. Seeing the frame around Savannah’s wheelchair and hearing the noises it made when it moved, both in general and on different styles of pavement, led to Sal making adjustments.

“Testing the real world was a huge benefit,” Sal said. The frame was designed so Savannah’s wheelchair could slide in, and then a back piece would be added. When the build team tried this out in real-time, they discovered the wheelchair was rubbing on part of the wooden frame. They took measurements and corrected the issue. 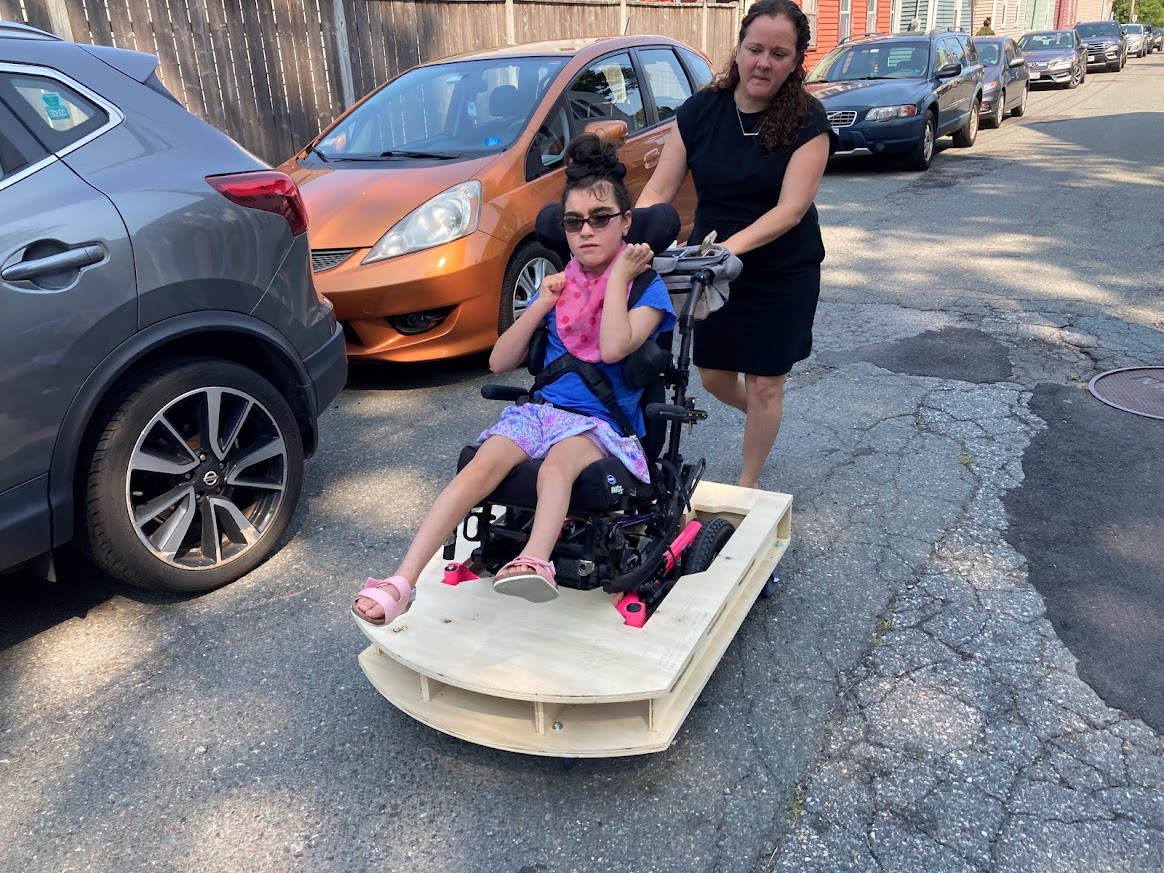 There was one other big issue the team found at the first dry fit: the casters on the frame were way too loud. Savannah is very sensitive to loud, sudden noises, and the amount of space between the casters and the base plates on the frame were too noisy on certain terrain. When the costume was on a smooth surface, like relatively new pavement or an indoor space, the frame was quiet. On rougher terrain, like bricks or cobblestones, the frame rattled a fair amount. The team did some tests to make the wheels quieter for the cobblestone-laden parade route, like adding foam between the casters mounting plate and the wooden frame itself, but it wasn’t enough. This is one of the reasons Sal decided to make a wagon to pull Savannah through the parade route (more on that in a later blog…). 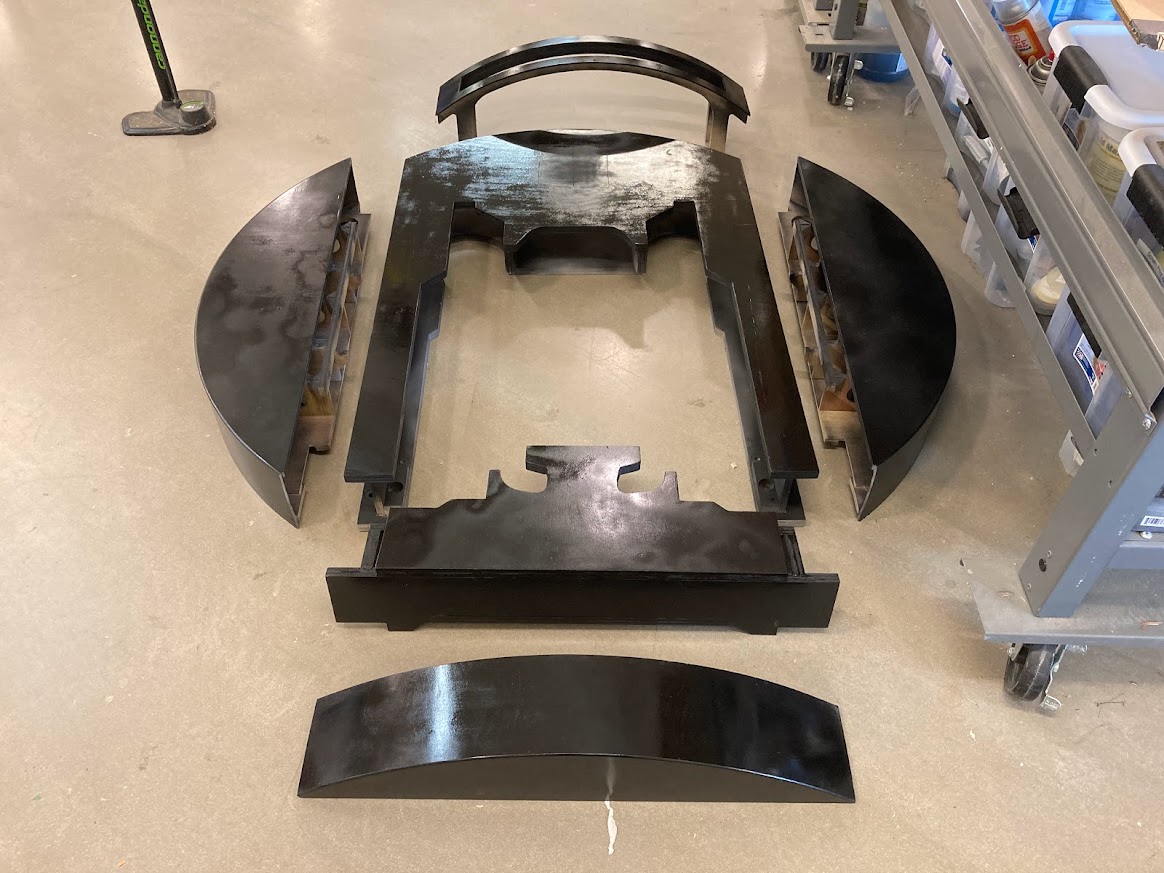 One of the benefits of designing the frame in xDesign, Sal found, was that he could access it from anywhere: his home computer, his work laptop, or the CNC computer in the 3DEXPERIENCE Lab when he needed to create new parts. Having the model on the 3DEXPERIENCE platform also gave easy access to the team members working on the base’s wedges.

Chinloo Lama took over the wedge design, with Santiago Laverde helping. Chinloo accessed the frame model in xDesign and created wedges that fit the projects specs: they needed to be as light as possible, they needed to complete the circle, and they needed to be secure. She designed the wedges with a mechanical stop for gravity so they couldn’t fall down. The wedges held onto the frame with friction, though once they were fabricated, the team added magnets for proper alignment and safety.

One of the questions the team faced in the ideation phase was whether or not to add a back wedge to complete the circle. Lacey, Savannah’s mom, would be pushing the costume herself after the parade, and the team wanted to make sure the back piece wouldn’t hit her leg as she walked. In the end, the team designed a back wedge for photos and for the costume while it was being pulled on the wagon in the parade. Because of its removability, Lacey and her husband Mark could keep it on when Savannah was stationary for realism, or take it off entirely if they chose or if they were walking. 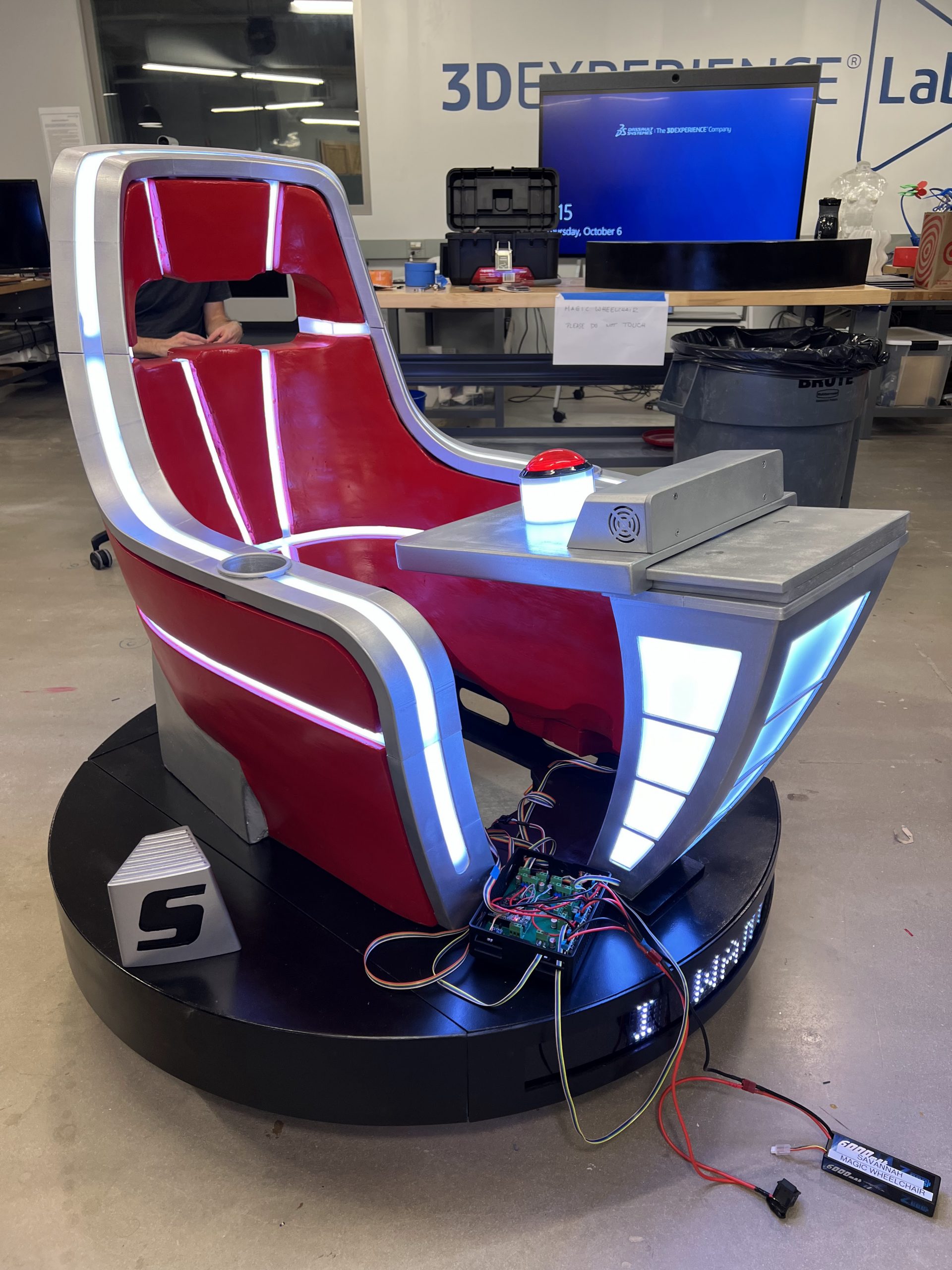 The smallest, tightest frame the build team ever created was also the most visible. Sal designed it with smooth, flat surfaces, and it was painted black. The black both matched the original chair and also added reflection for the shining lights that emitted from the costume. Atop that frame stood the costume itself, a chair made of foam and shining LEDs. The frame also housed the PCB box and the power source for the costume.

Stay tuned to learn more about how the rest of the costume came together—the chair design, the central podium, the electronics that brought the costume to life, and much more. 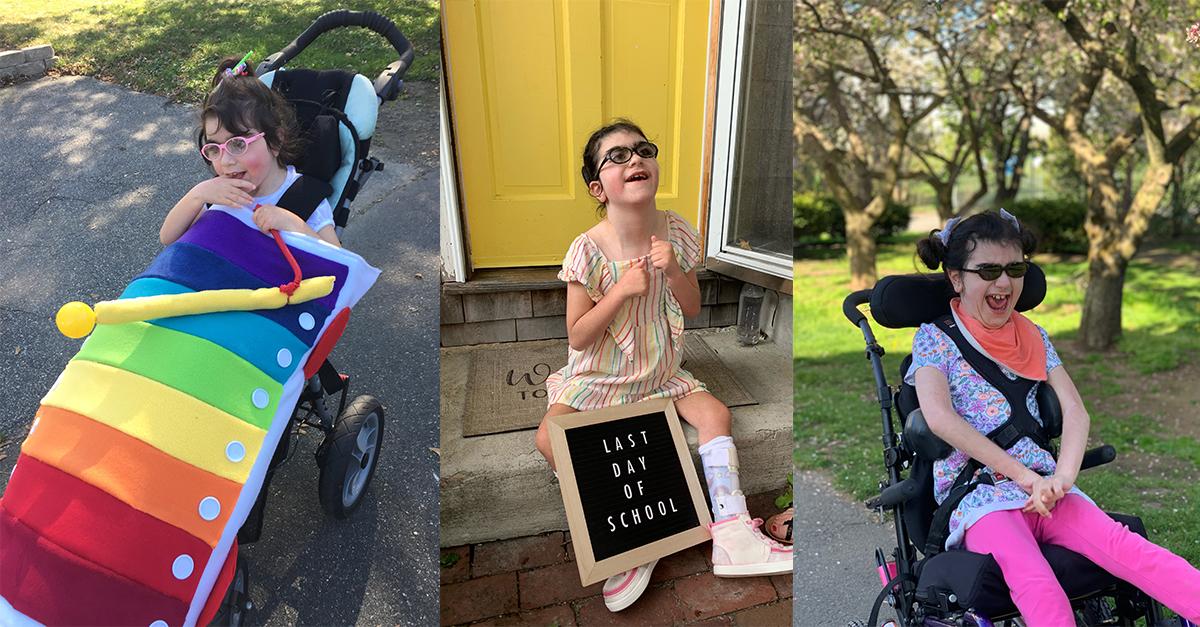 SOLIDWORKS worked hard to make Savannah the most incredible costume ever and help the non-profit Magic Wheelchair achieve its goal of providing kids in wheelchairs with epic costumes and experiences. SOLIDWORKS and the 3DEXPERIENCE Lab are funding Savannah’s costume build in its entirety, but we invite our readers to support Magic Wheelchair in Savannah’s name! If you visit her classy.org page, you can donate directly to Magic Wheelchair and help support them and all the lives they touch with their great work.