Here at SOLIDWORKS® we’ve introduced a team of superheroes (a.k.a. xWorks) who collaborate to enable do-it-all designers make possible the seemingly impossible. Each xWorks superhero is suitably named after a real-world app in the 3DEXPERIENCE® Works universe.

Join SOLIDWORKS Live for a fun, closer look at the xDesign and xShape apps that are part of the SOLIDWORKS Cloud Offer. Host Sean O’Neill welcomes Gian Calise, Jordan Tadic, and Brad Williamson as our xWorks superhero nerds and real-life xApp experts demonstrate some of their favorite new additions to the cloud-based design apps in the 3DEXPERIENCE Works portfolio of product development solutions.

Gian describes how xDesign functions as a core parametric capability for parts and assemblies. With xDesign, part of the 3D Creator role, our R&D team reimagined the traditional workflows in parametric design. And, because xDesign is in the cloud, it enables collaboration with your entire team.

Be sure to watch the video of Gian’s favorite features, including Design Assistant, which leverages built-in AI that predicts the best logical next step to speed up subsequent actions. Gian also talks about Super Features, the flexibility of the single modeling environment, and the benefit of built-in revision management controls on the 3DEXPERIENCE platform. 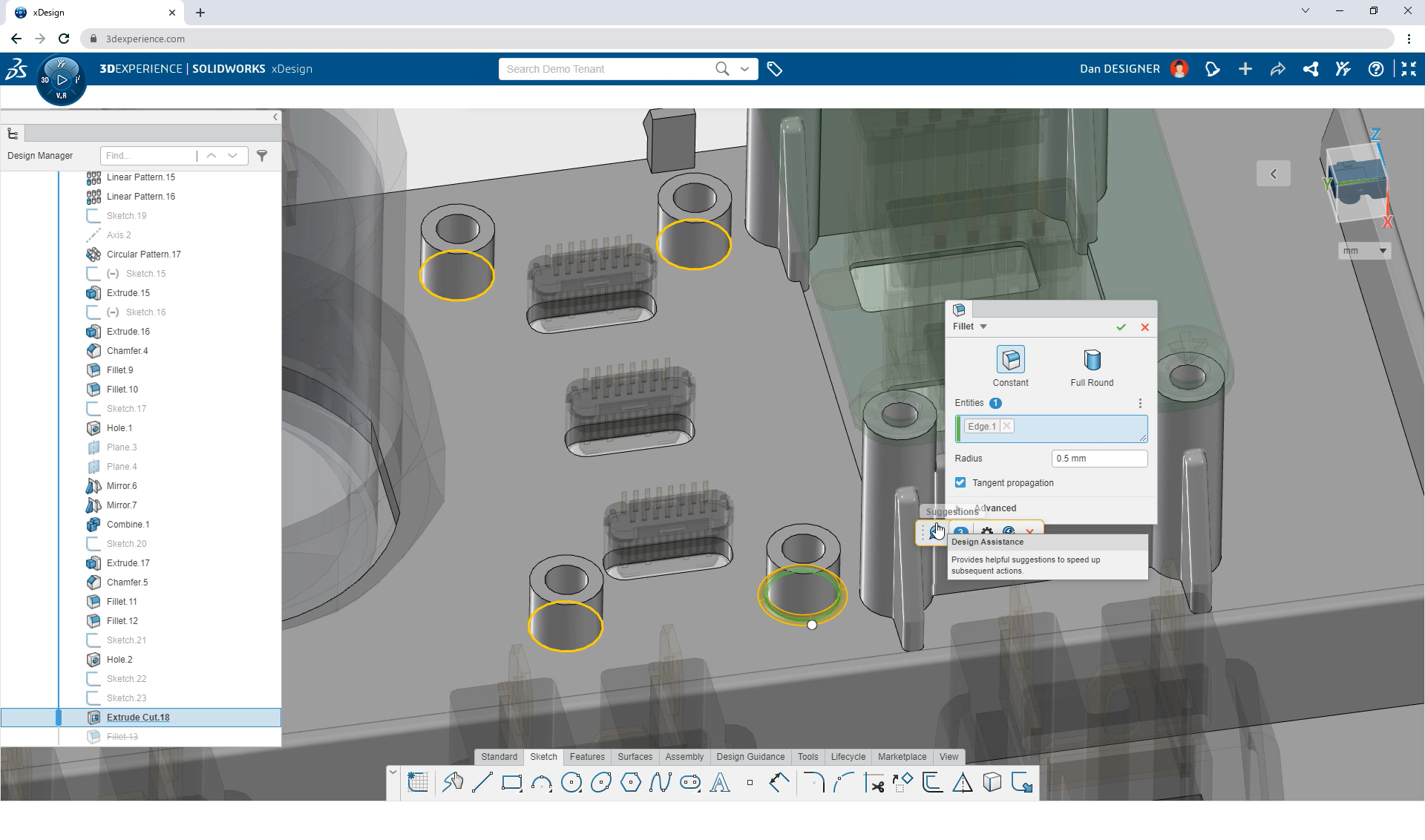 Jordan demonstrates how there is no better tool than xShape, which is part of the 3D Sculptor role, for conceptualizing an idea from scratch. Eliminate decisions about what features to create first or how to structure the feature tree. Just add geometry where needed and keep moving forward.

xShape enables you to quickly create highly stylized, curvature continuous (C2) designs while leveraging subdivision modeling technology in an environment that makes concept modeling as easy as pushing and pulling shapes, just like with a clay model or Play-Doh. Jordon also extols the virtues of the touch interface and the fact that xShape models can be used downstream since you can automatically convert subdivision surfaces to NURBS geometry. 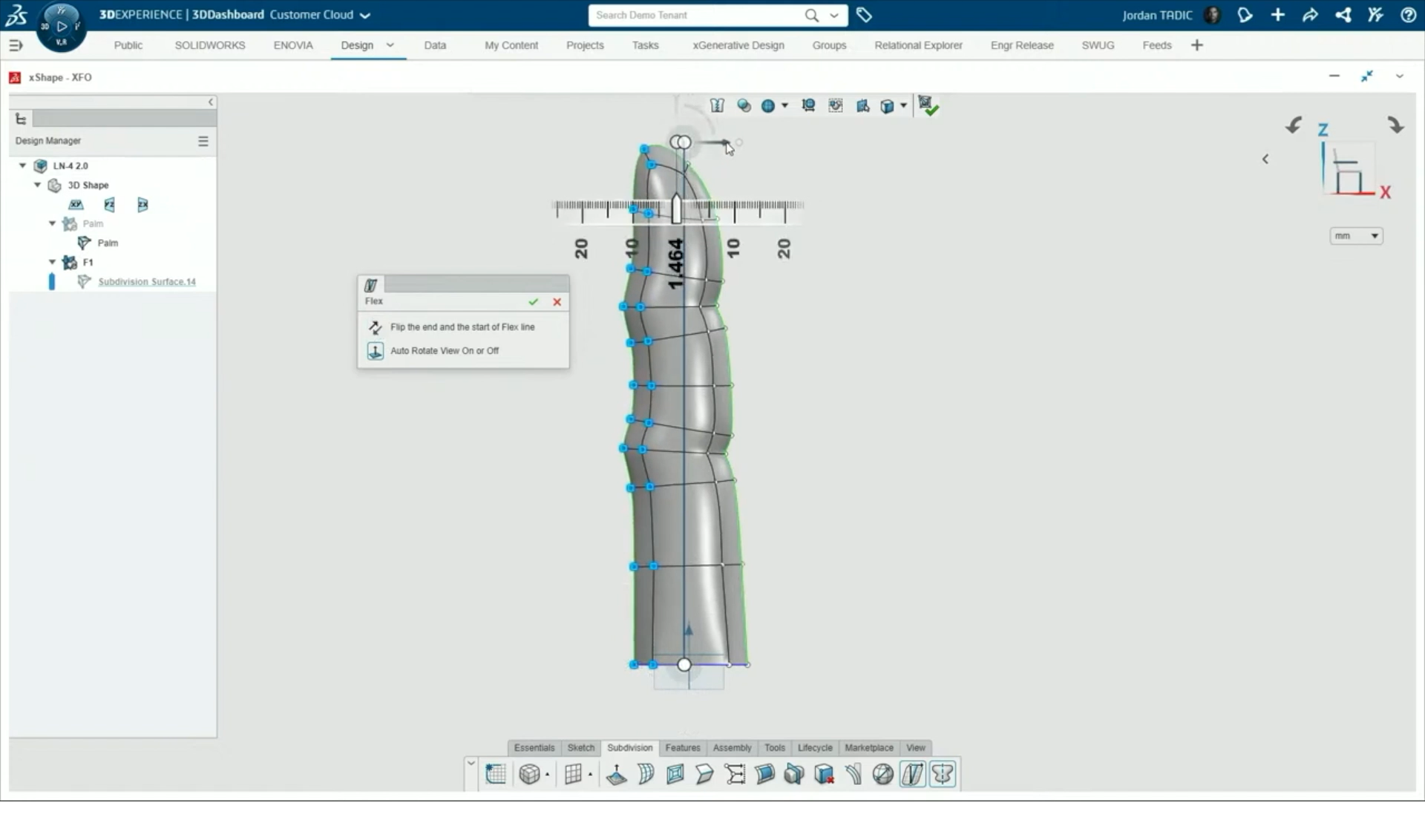 Brad shares his real-life example of the importance and ease of the cloud for collaboration. He accesses all his data via his PC, tablet, or smartphone when he travels. Communication, collaboration, and task management tools are also accessible from the cloud-based platform.

Brad also discusses why the SOLIDWORKS Cloud Offer is a logical way to bundle all the most common tools a designer or engineer needs. The apps are also modular, so you can buy only what you need. Brad notes that xDesign and xShape also come with 3DEXPERIENCE SOLIDWORKS (with 3D Creator at all levels, and 3D Sculptor available within Professional and Premium). With 3DEXPERIENCE SOLIDWORKS, you get access to SOLIDWORKS 3D CAD connected to the cloud. Finally, Brad talks a bit about some of the other apps available as part of the SOLIDWORKS Cloud Offer, such as xSheetMetal. 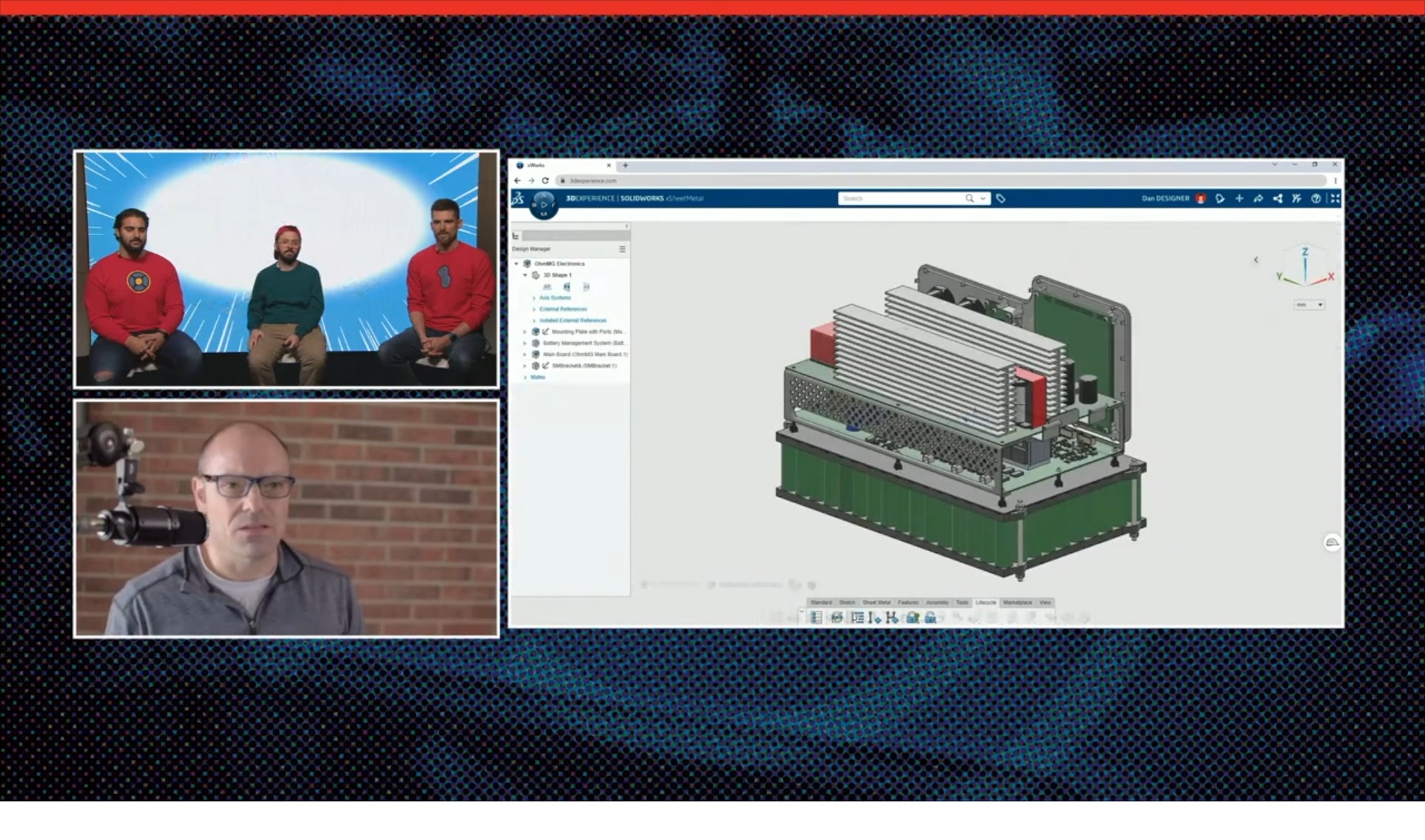 These apps are constantly updated throughout the year, often based on user feedback, with multiple functional deliveries (FDs) featuring new capabilities. You can follow the xWorks superheroes on super.solidworks.com. This site includes each xWorks episode with technical demos, superhero bios, wallpaper downloads, a superhero personality test, and technical deeper dives into each role included within the latest SOLIDWORKS Cloud Offer.