Last year, I designed and built a 3D printable R/C version of a scale aerobatic airplane called the Super Chipmunk. You may recognize it if you attended 3DEXPERIENCE World 2020 as it totally upstaged me on the main stage during Wednesday’s general session. 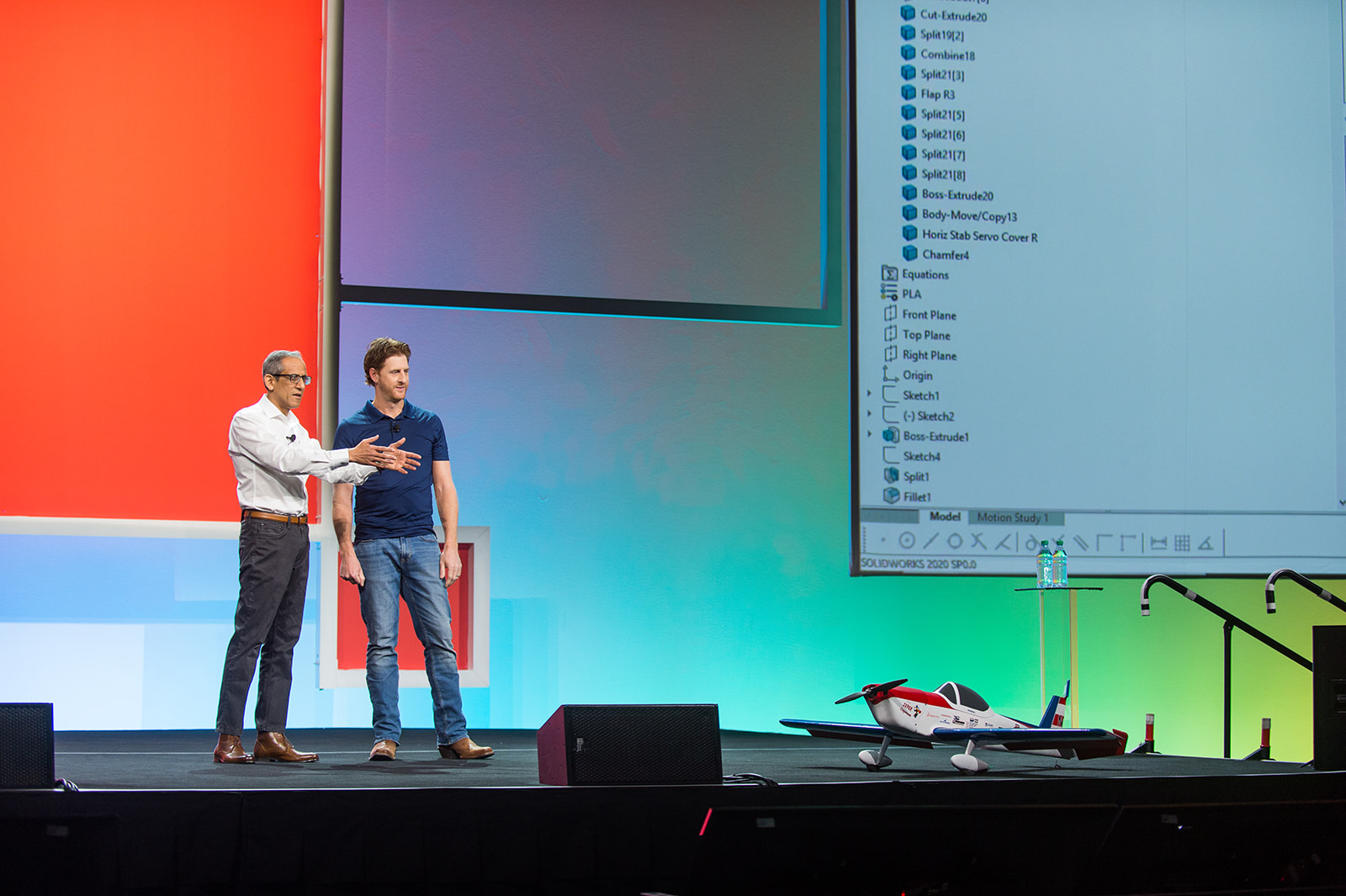 This airplane holds a special place in my heart. One of the first wooden built-up kits my dad and I ever built was a Super Chipmunk manufactured by a company called Carl Goldberg Products. I’ve always wished there were more R/C versions of this aircraft available on the market, so I decided to design a 3D-printable version so I can build and fly one whenever I want! That project ended up helping my connect with some warm moments in my past, while at the same time exciting me about the future of 3D printing aircraft of a larger size and with a higher performance level. 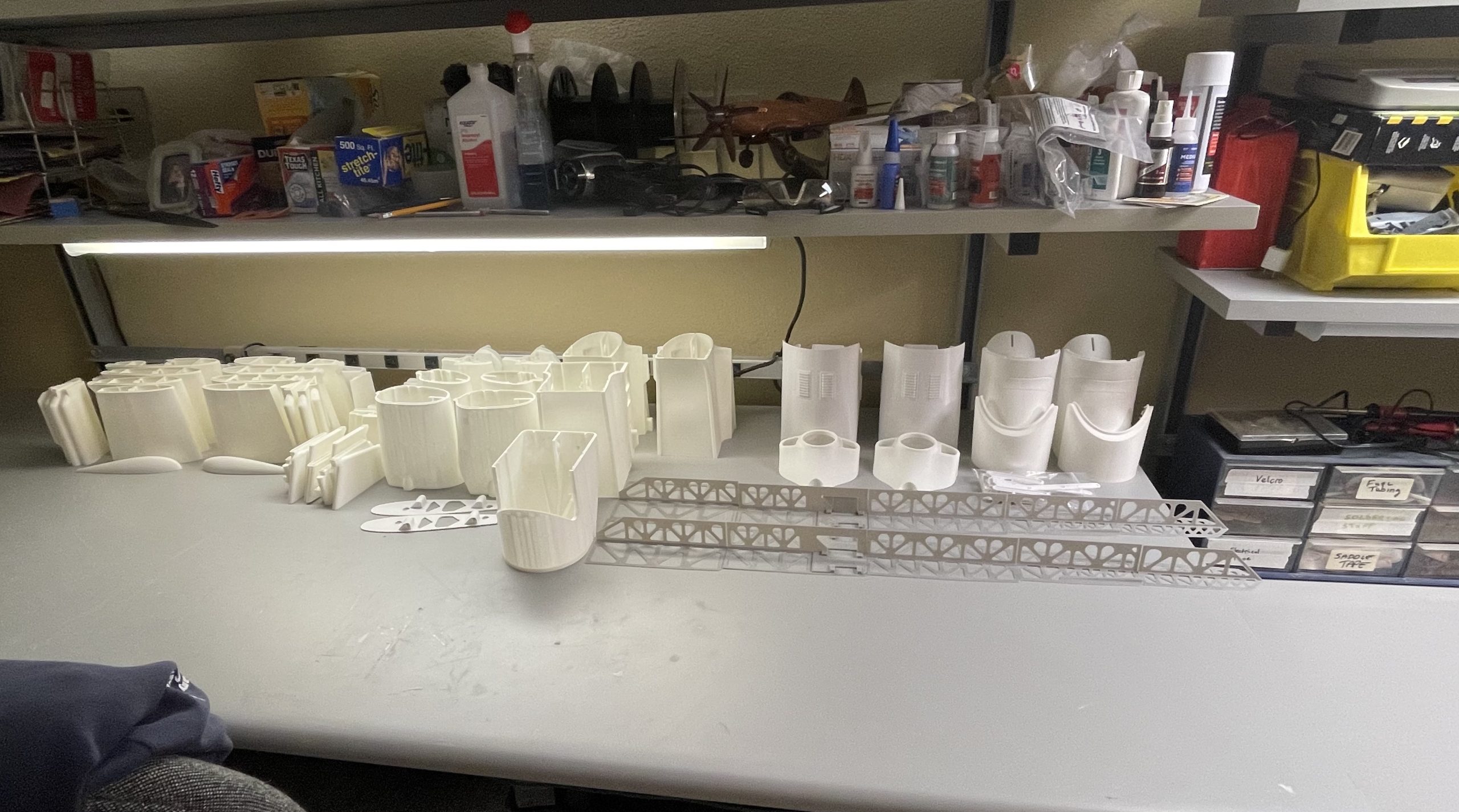 The success of that project got me questioning: would double the Chipmunks equal double the fun? By that, I mean can I successfully develop a 3D-printed, twin-engine version of the Super Chipmunk, with two fuselages bridged together with a center wing and horizontal stabilizer? My hypothesis was “yes,” so I set out to prove it. But building a twin version of the Super Chipmunk wasn’t as simple as just 3D printing two of each part and gluing them all together. There were several new design elements and engineering problems I needed to research and figure out in SOLIDWORKS before printing any parts. 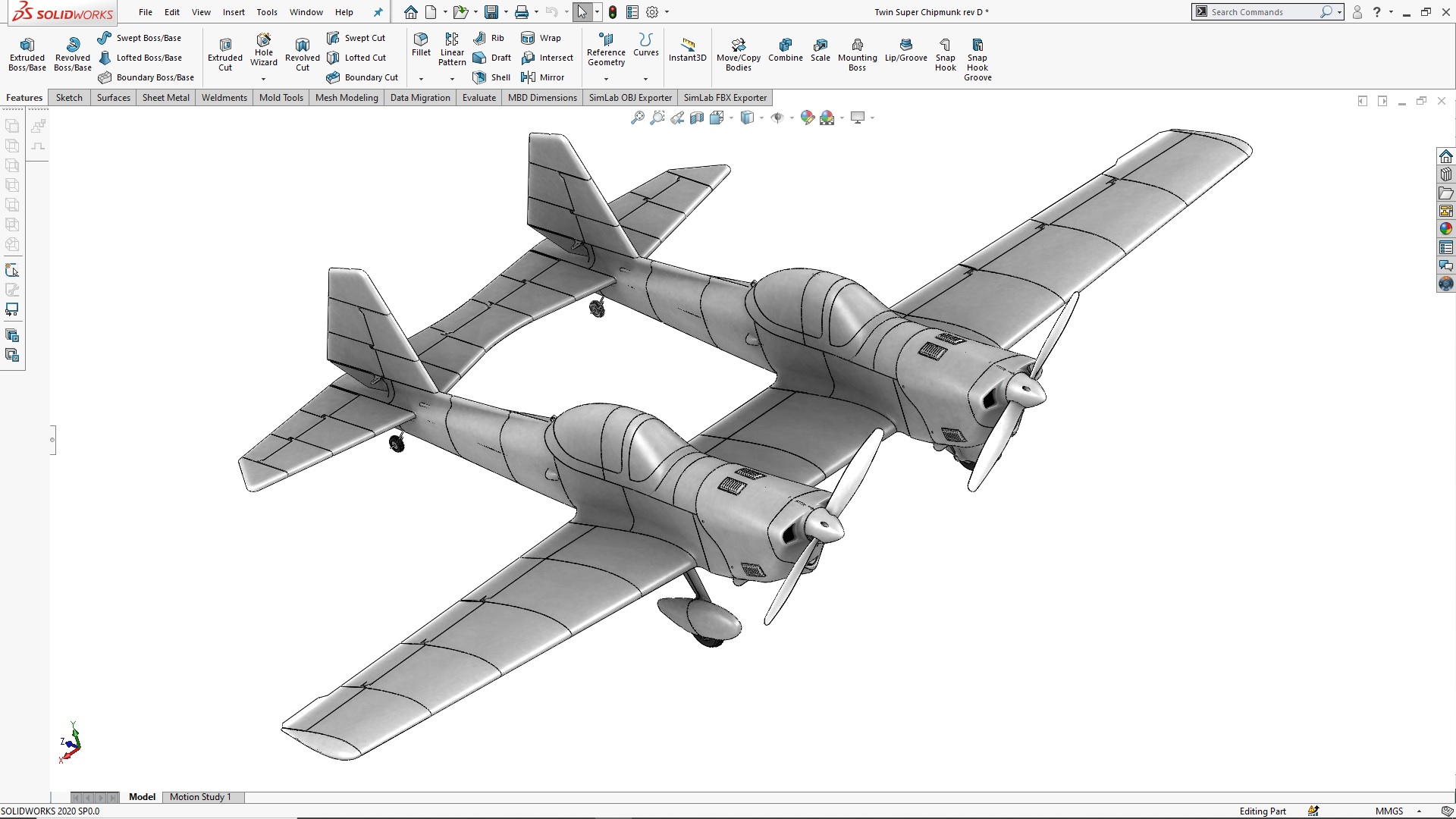 All the tools Eric shows in his video, like SOLIDWORKS 3D CAD design tools, 3D Creator, and 3D Sculptor, can be accessed for $99USD/yr. for maker and hobbyist projects like this one. Check out 3DEXPERIENCE SOLIDWORKS for Makers today!

This twin fuselage concept isn’t the first of its kind. One of the most famous twin fuselage designs dates back to late World War II. The North American Aviation company developed a twin version of their famous fighter aircraft, the P-51 Mustang. The P-82 Twin Mustang was developed for a bunch of different roles. It was a fighter, a long-range bomber escort, a long-range reconnaissance aircraft, a night fighter, and attack bomber, a rocket fighter and an interceptor. Researching about the Twin Mustang design greatly helped influence several of my design decisions for the Twin Chipmunk. It helped me understand how much to space out the two fuselages, where to re-locate the landing gear, and which direction I should setup the electric motors to rotate. 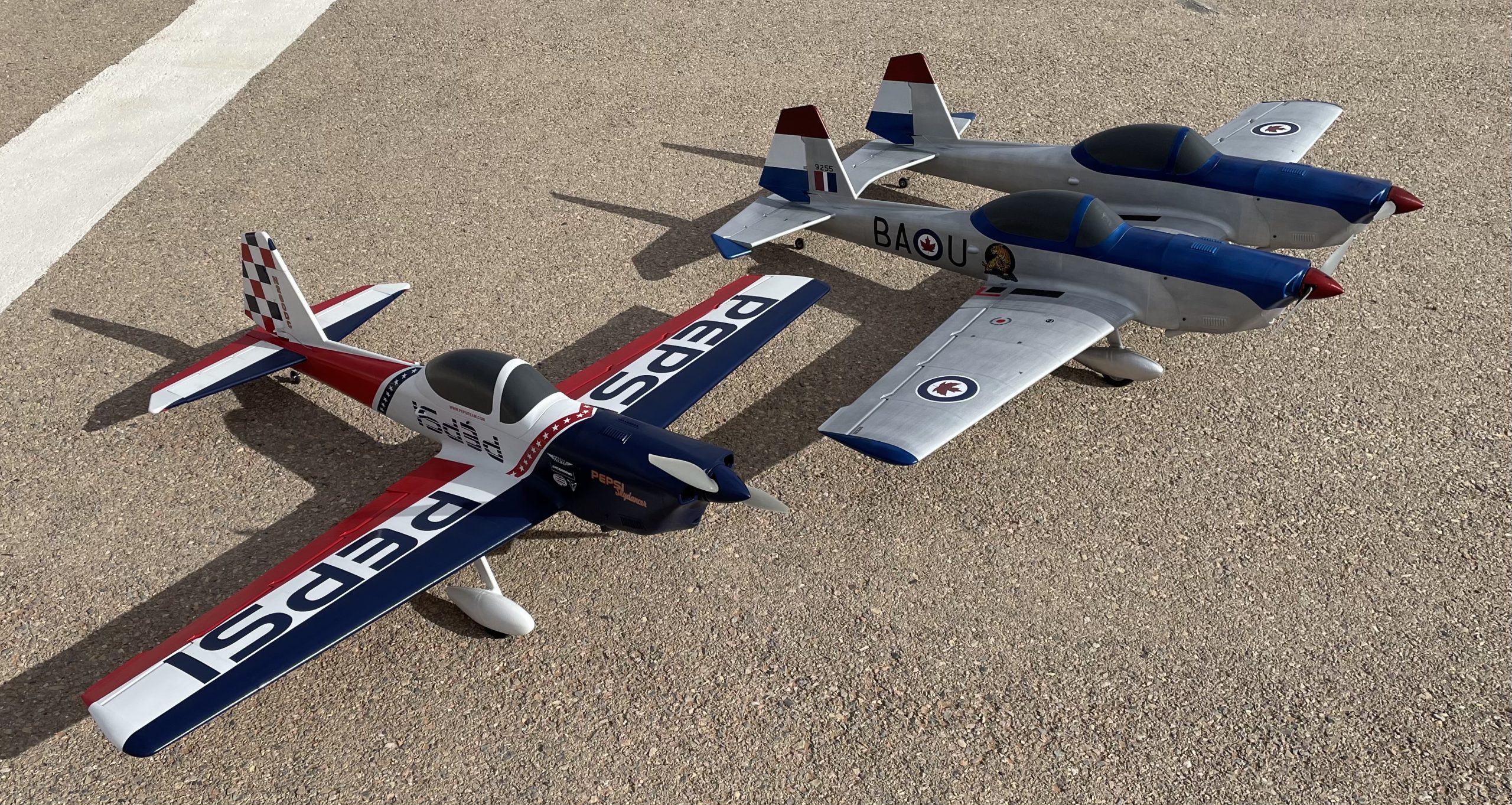 I also needed to address some strength concerns. This is a large model, with a long, 82” wingspan. I could have designed the center wing and center horizontal stab to be removable for better portability of the model, but I was much more concerned about strength than portability. So, I designed the center wing and center horizontal stabilizer to be permanently glued in place using a 2-part epoxy. This, paired with light, but strong carbon fiber tubes that run through the wings and tail surfaces made for a very strong model.

Check out this video to learn more about the design, build, and test flight process of this unique Twin Super Chipmunk design. Thanks for watching, and, as always, I encourage you to Never Stop Exploring. Never Stop Questioning. And Never Stop Playing!