In the first Belly Racer blog Paul Cameron was introduced. I came to know Paul through the Tucker Carioca project we were collaborating on. The Carioca is an ongoing project and I’ll be blogging about it sometime in the future.

Paul is an artist, a fabricator, furniture designer, creator of wooden bucks and just an all-around good guy. Paul has a business in the UK called Modular 105. I highly recommend you explore his website to see all the cool things Paul has designed and built. Here’s an example of his work on the Tucker Carioca. 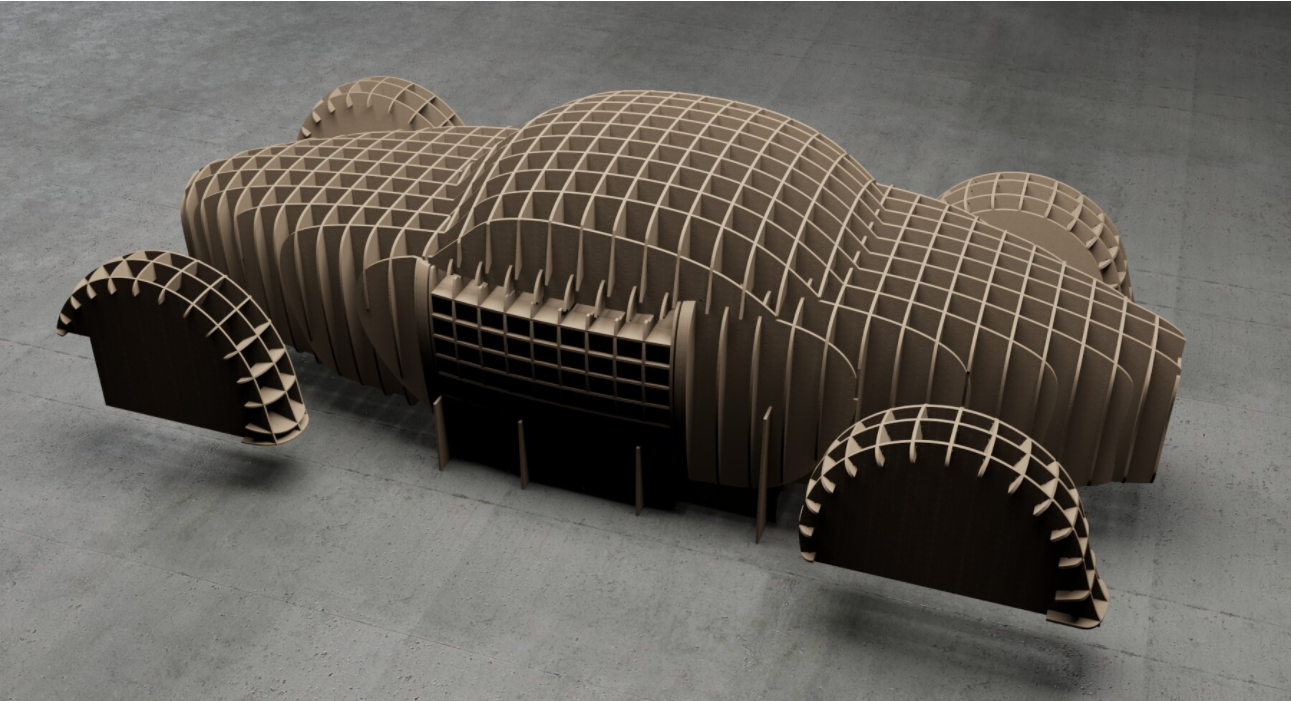 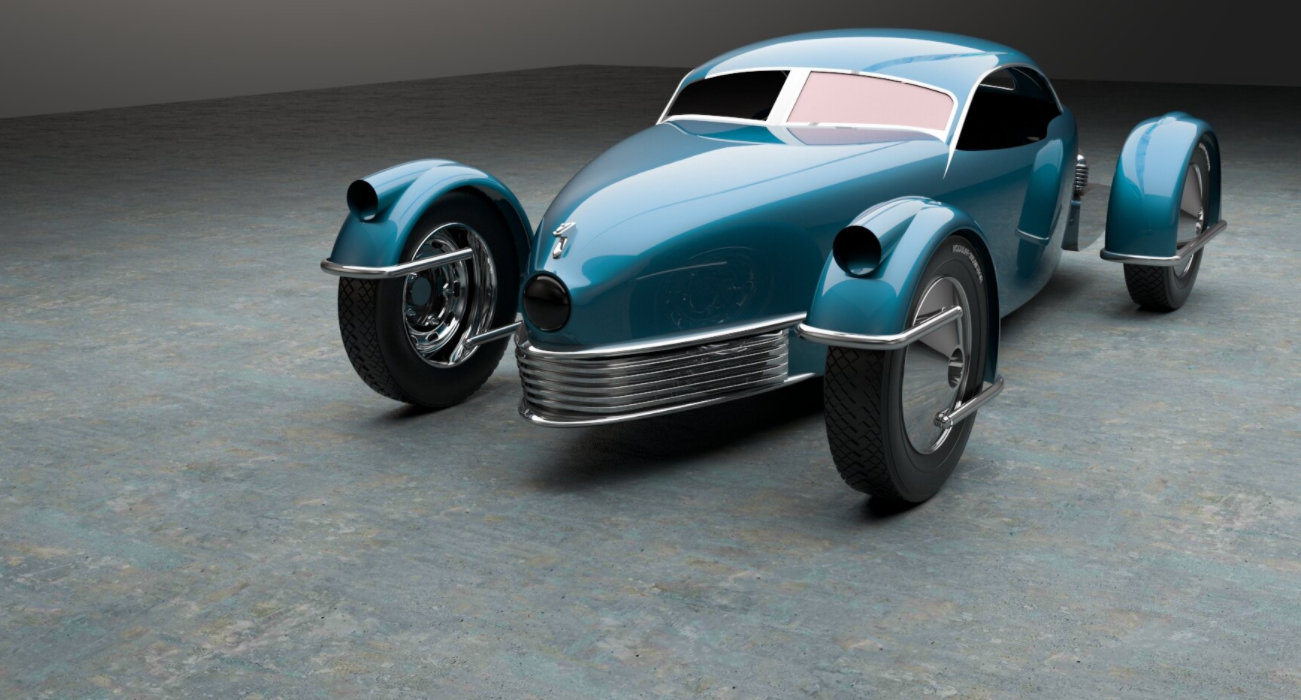 As you can see one of Paul’s specialties is designing and manufacturing bucks for classic cars. The bottom pictures are the Tucker Carioca. The buck in the left picture is completed has been shipped to Rob Ida. Rob was the builder of the Tucker Torpedo and you can read those blogs here.

You might be asking yourself what the heck is a buck and what it is used for? As you can probably imagine from the pictures above the buck is used in the fabrication of the body. Without the buck, forming the body panels would be a blind process since there isn’t anything to compare the formed panel too. Symmetry would be next to impossible to achieve without a buck.

Designing a buck requires a 3D CAD model of the car body. This can be accomplished in a couple of different ways. The first is using laser scanning. And in the case of the Carioca 2D Paul created a 3D model of the Carioca body using 2D drawings of the four sides of the car as a guide. Then he used Sub-Divisional (Sub-D) modeling to create the 3D shape. Another option is surfacing modeling, but Sub-D is faster and has automatic C2 curvature control for the smooth transitions between surface faces. 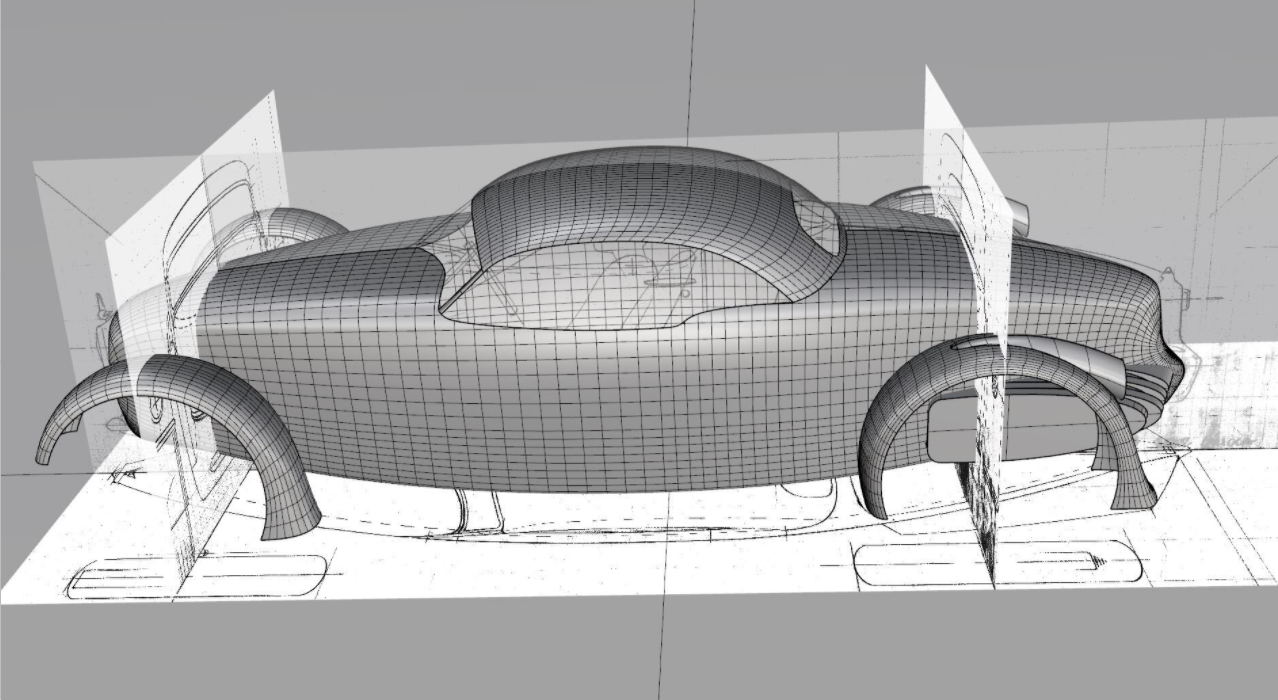 The 3D CAD model is then cross sectioned along the length of the car body and across the width of the car body using 2D planes. The next step is to create an intersection curve of the body shape at each plane. The images below show the buck for the Tucker Carioca and how Paul used cross sections to design the buck. The Belly Racers body shape is simple compared to the Carioca but it too will require a buck in order to make sure the shape turns out as desired.

Paul has design criteria for the Belly Racer. One of the major criteria is to maintain an aircraft look and feel especially the chassis. Keep in mind the designs of World War II aircraft where minimum weight was a design criteria. To remove excess weight aircraft designers used “lightening” holes everywhere they could to remove as much unwanted weight as possible without compromising the structural integrity of the air frame. Here’s a good example of an air frame with hundreds of lightening holes. The holes also served another purpose. They allowed cables and tubes to be routed through the air frame easily. 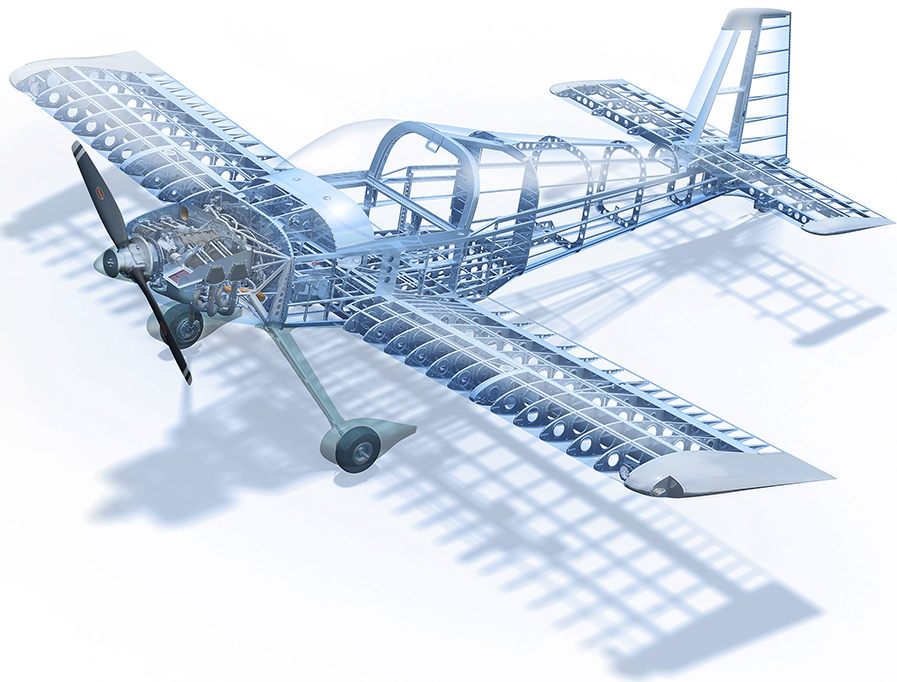 The Belly Racers chassis takes on the same look and feel as an air frame as seen here in an early concept rendering Paul did. 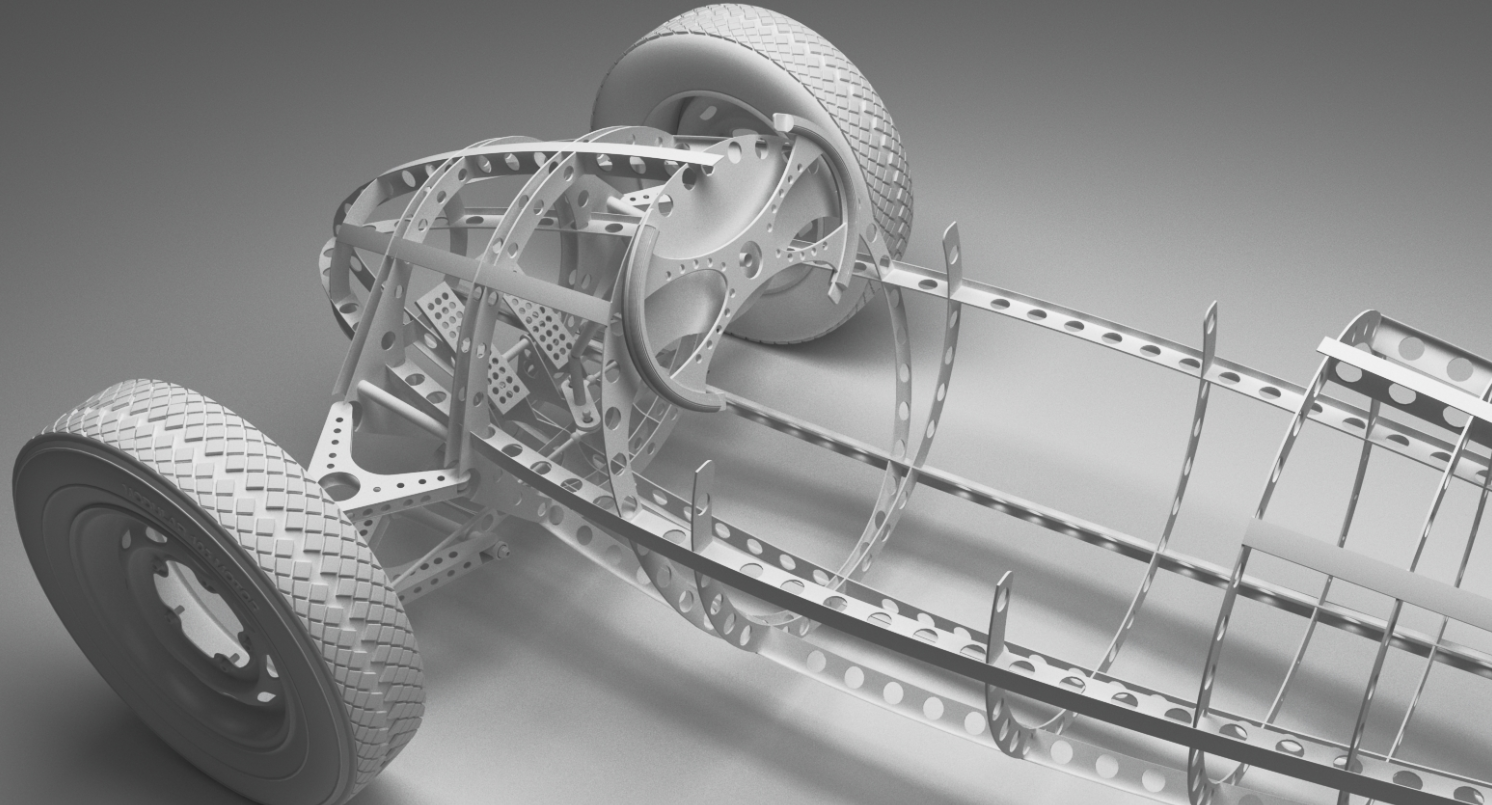 In the next blog I’ll start to get into what we did to take the chassis from a concept to a formal design. Till then, cheers!