So, what kind of learner are you? Do you know? It’s something I’ve been thinking a lot about lately, actually. Our 2-year-old daughter seems like she’s only stimulated to learn once she realizes and accepts the real-world utility of a given item. And it seems that we, into our 20s, 30s, 40s, 50s, and so on, may continue to revisit this seemingly basic yet fundamental question about ourselves.

SOLIDWORKS Champion Jeremy Fielding actually brings this up in his latest video, where he takes on the crazy project of building out a manual table saw in his shop to be automated. This involves a heavy deal of mechanical design (where the 3D Creator role comes into play), some electrical work, as well as some Python programming – which is a subject Jeremy hadn’t really tackled yet (not even at the “Hello World” level!)

On a personal note, my first software programming project wasn’t automating a table saw. Maybe yours was, but not mine.

The other fascinating component here is that I wasn’t making a project to show to hundreds of thousands of people. As you might remember from last year, Jeremy, in addition to being a longtime SOLIDWORKS user in production, has a YouTube channel that is currently surging towards 400k subscribers at time of writing. But hey, that’s Jeremy – a self-proclaimed (difficult) project-based learner.

As always, Jeremy narrates the project for you, his mechanical engineering-loving audience, to take you through his exact steps and thought process. He defines the problem he faced, shows the result, and then takes you on the wild self-defined path he created and took to get to where he wanted to be. Pretty early on, Jeremy establishes the core problems and dissatisfaction he faced with his (then) manual table saw.

Before he integrated all the crazy sensors, the emergency stop, and the motors used in his current, automated table saw, the initial problem was one of inconvenience. He didn’t trust fence on original table saw, leading to annoying micro-alterations to make sure he had angles/measurements correct.

If you’re the type who walks around the house making sure all your light bulbs light up, that the spindles on your railings are tight, and the handles on your cabinet doors are tightly applied practically 24/7, this should drive you crazy. Sorry for causing you stress by proxy. 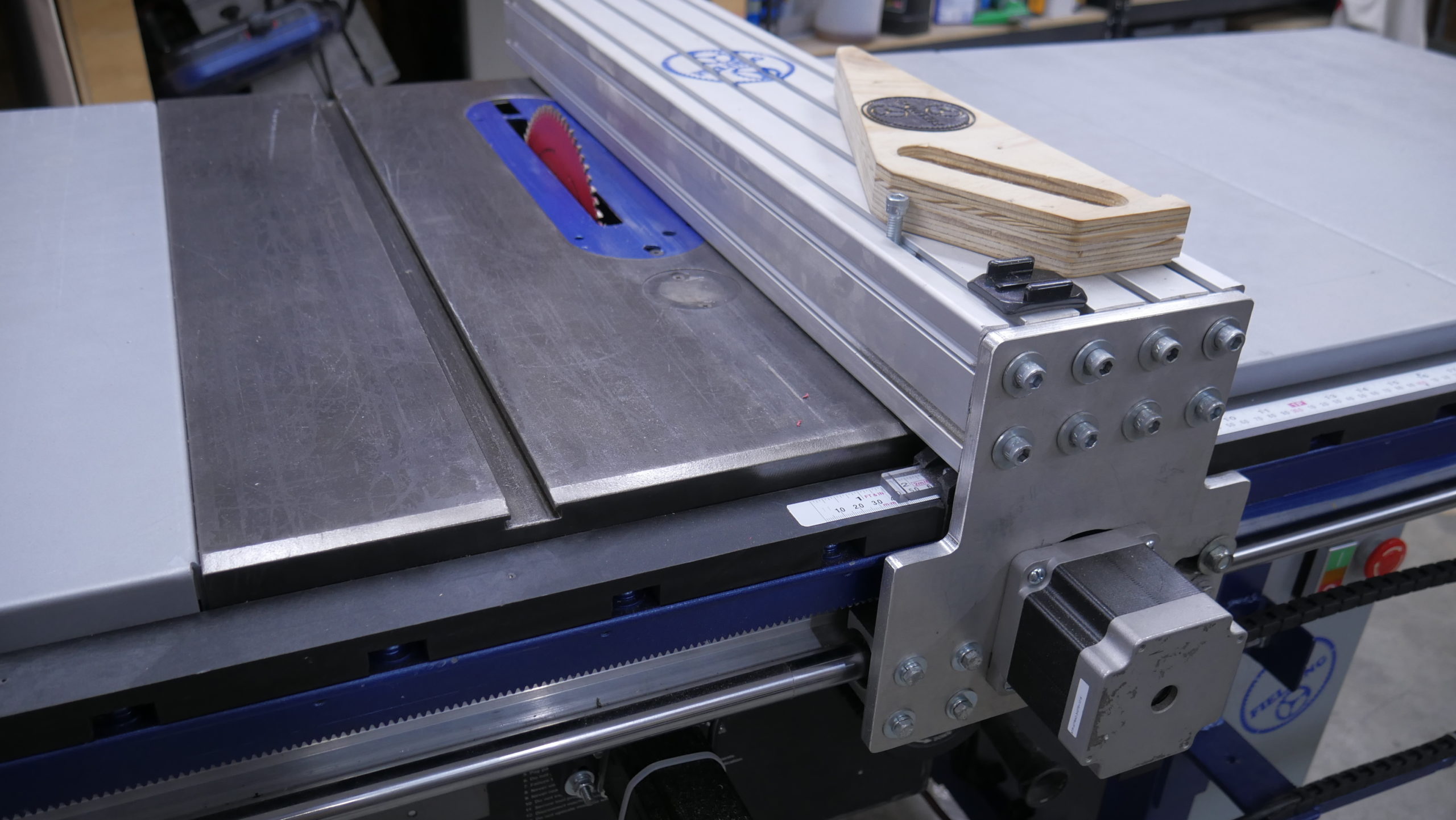 So, he removed all the nonessential components, then measured and modeled full table saw. He disassembled the base of the saw as he was making a new cabinet design.

Across the three core parts of the project (mechanical, electronics, and software), the 3D Creator role featured in a major way during the design. Modeling existing components was crucial in ideating on the changes and additions that needed to be made to make his automation dream come true. 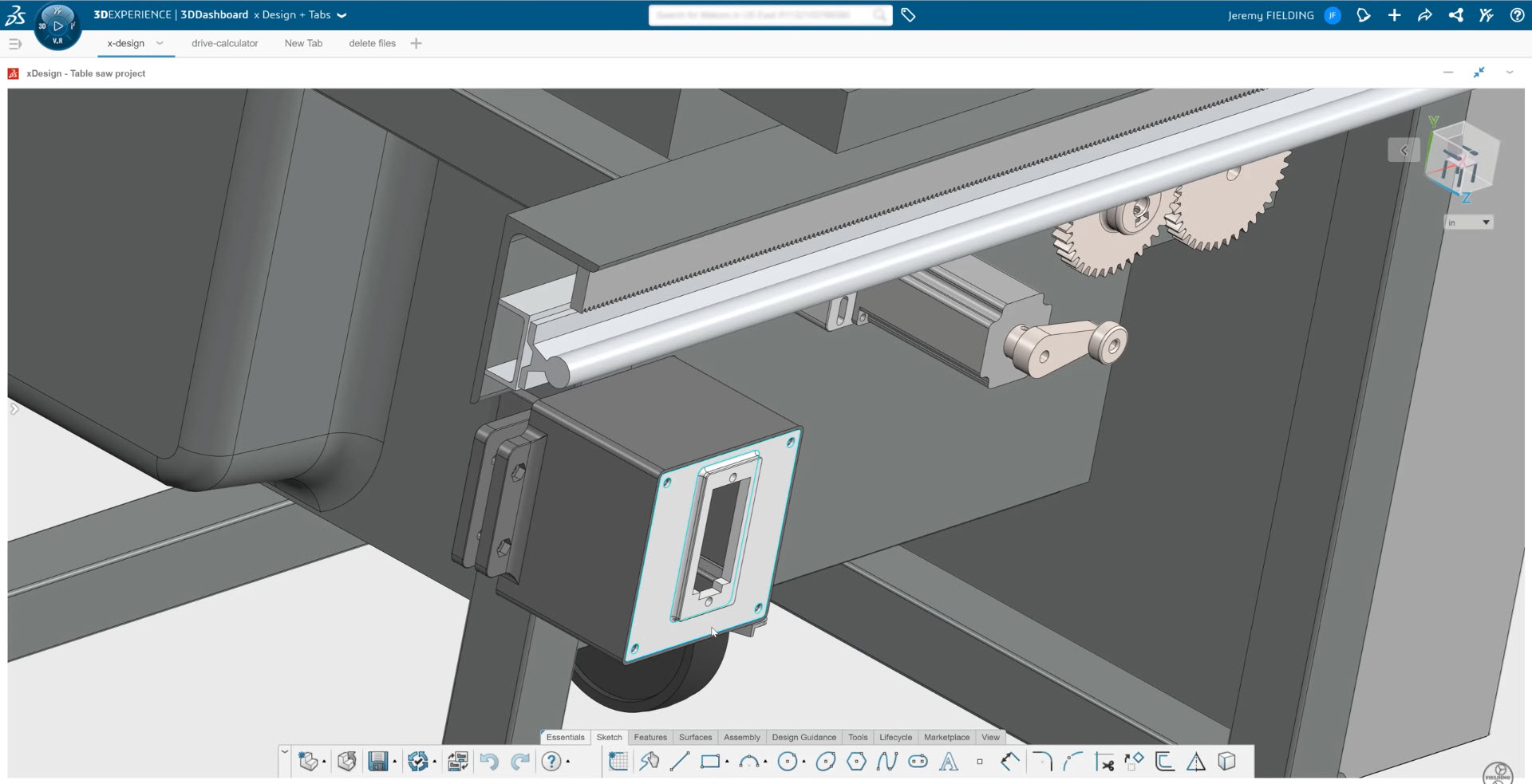 This included the cabinet design, an area for the dust collector chute, the rack and pinion setup, certain housings and mounts, and much more. As a cloud-based mechanical design application, xDesign was a great fit, because it allowed Jeremy to seamlessly access and add to these design elements – from his PC or his iPad. He didn’t need to make crude measurement notes, either, as he could measure components and spacing dynamically from his tablet while he was working.

Be sure to check out the full build – which features an awesome build montage with a bunch of welding, hole drilling, laser cutting, and more – in the video embedded in this blog. You’ll definitely learn a thing or two (or, I don’t know, 5,439). Big thanks to Jeremy – make sure to subscribe to his channel!