It’s been awhile since the last blog and much has been accomplished on the Torpedo. Here’s an update on those accomplishments. If you want to start reading from the beginning, or any of the others you can navigate here:

I live in a car lover’s Dreamland in Pennsylvania. Every weekend from April to November you can find a car show to attend or cruise at a local ice cream shop during the week to check out cool cars. I recently attended a Cars and Coffee event at Steel Stacks in Bethlehem, PA. Once a month during the summer, Steel Stacks hosts a show so you can show off your car along with a couple of hundred of fellow enthusiasts.

This particular Cars and Coffee was special for two reasons. First, Rob Ida and Sean Tucker were in attendance with Jack Kiely’s Twin Turbo Tucker ’48, which Rob built. Second, the Tucker was introduced 70 years ago and the Frank Banko Cinema Theater played the movie: Tucker: The Man and His Dream that was released 30 years ago. I saw the movie when it first came out and needed a re-fresh to remind me of the vision Preston Tucker had, his work ethic which didn’t perceive obstacles, and the love he had for his family, friends, and employees. If you haven’t seen the movie, check it out on YouTube. 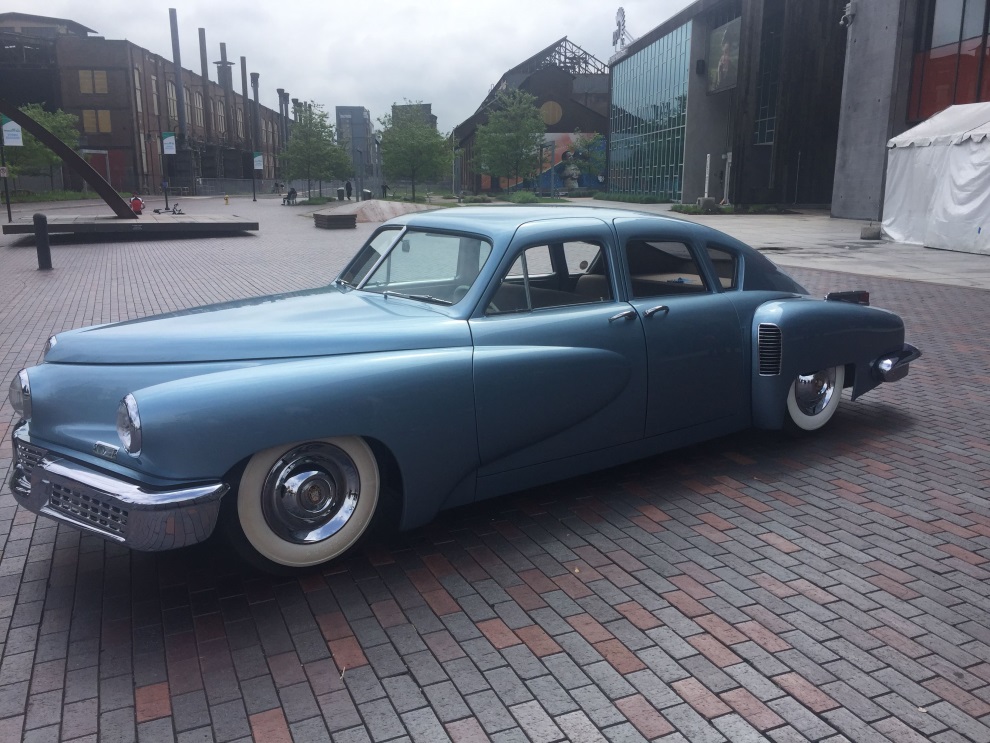 Steel Stacks is a very cool place in Bethlehem, PA. It’s comprised of the remnants of the Bethlehem Steel Corp. blast furnaces that produced steel for many historical engineering accomplishments like the Empire State Building and the Golden Gate Bridge. During World War II it supplied steel used in building 1,127 ships, thousands of airplanes, cannons, and artillery. Maybe some of the Bethlehem Steel ended up in in the Tuckers.

If you’re like me and attracted to our heavy industrial past here in the U.S., this is a place you have to visit. Working for SOLIDWORKS I get to visit many customers and experience firsthand what they do and how they do it. This feeds my desire to know how things are made. Steel Stacks is that kind of place where I can imagine the noise, the heat, the environment around me and make me wonder what it was like to work there. It was a dangerous place to work so my hats off to the men and women who did the work. What impresses me most is the size of these industrial facilities. They cover thousands of acres, have massive machinery with what seems like unlimited power, devour mass quantities of raw materials and employ tens of thousands of people in order to make the whole place work. The Ford Motor Company’s River Rouge Plant in its day should have been considered the 8th Wonder of the World. It was a massive factory complex capable of producing a car by introducing raw material in one end and a completed car exited the other end. YouTube has some great videos on the River Rouge Plant.

As I said, this year is the 70th anniversary of the Tucker ’48. The World Premier of the Tucker Motor Company was on June 19, 1947. Preston Tucker introduced the world to his dream car. Since that time his cars have been sought out and added to numerous car collections. Here in PA at the AACM in Hershey, PA you can find a very impressive Tucker display complete with a replica showroom as seen here.

To celebrate the 70th anniversary, Pebble Beach Concours d’Elegance is featuring the Tucker. Pebble Beach is an invitation-only event and only the best of the best are invited. Rob Ida is invited and will bring two Tucker ‘48’s to the Concours. One is Jack Kiely’s twin turbo ’48 and the other will be Howard Kroplick’s original ’48. Rob is in the process of restoring Howard’s ’48 and just finished painting it to the original color of Adante Green. 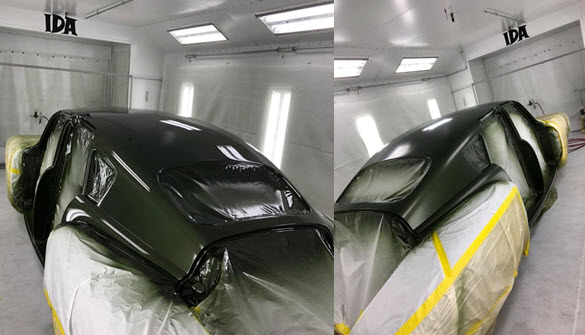 As I’ve said before Rob’s attention to detail has no bounds. For instance, he made sure the etchings on the window glass were accurate as you can see here, and the fabric edging on the windows visors is correct also. 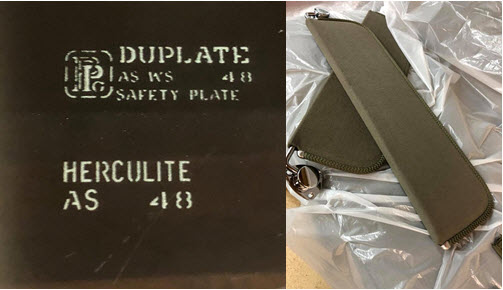 Rob and his team have a lot of work to do before Pebble Beach but as always they come through and when finished, the car will look better than new. Here it’s just about completely re-assembled. 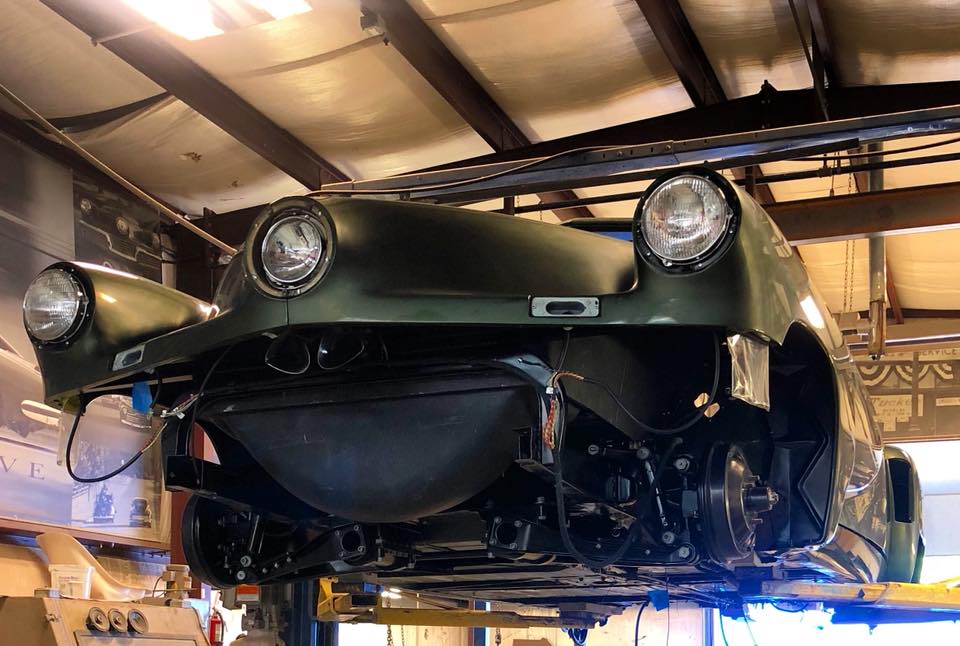 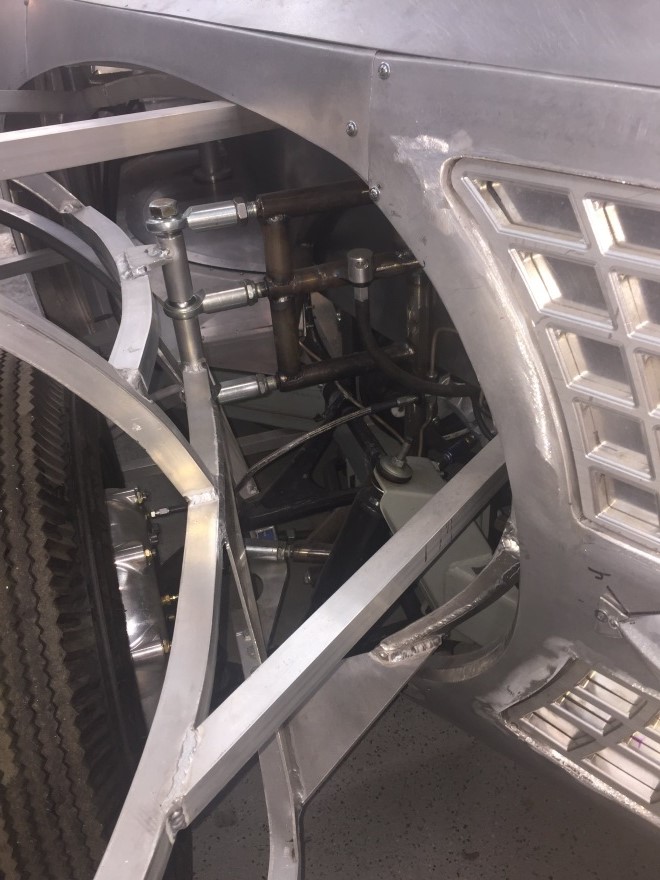 Most of the body skins are complete as seen here in this rear end picture. Rob is even working on making the templates for the glass. 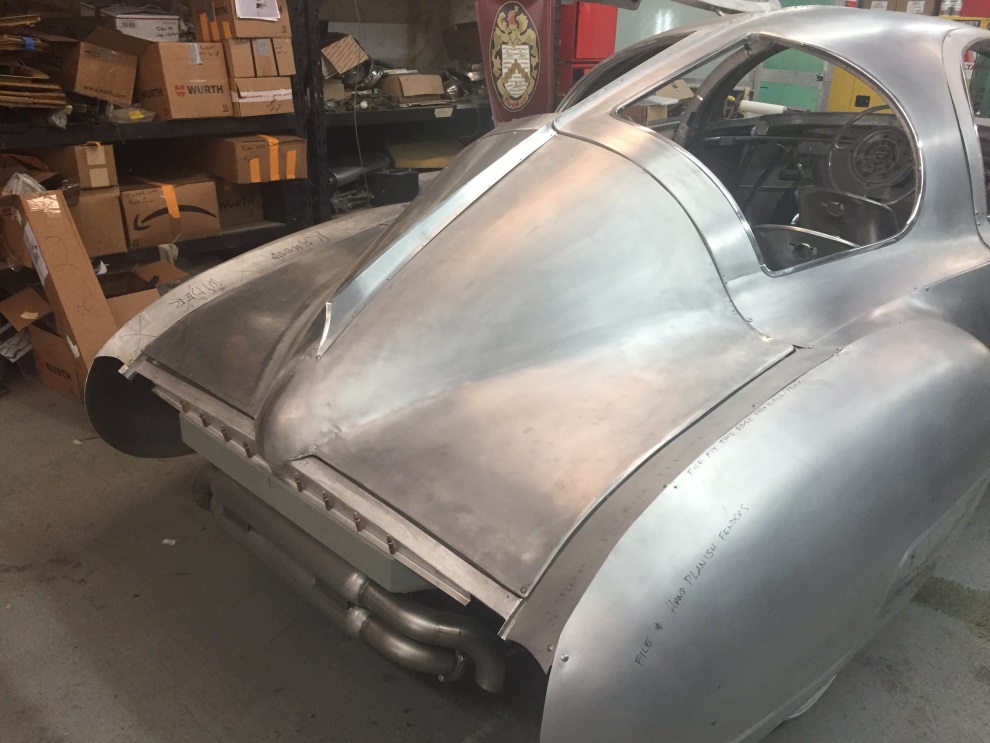 And work has started on the packaging of the Porsche electronics. All this stuff will be hidden from view when completed. 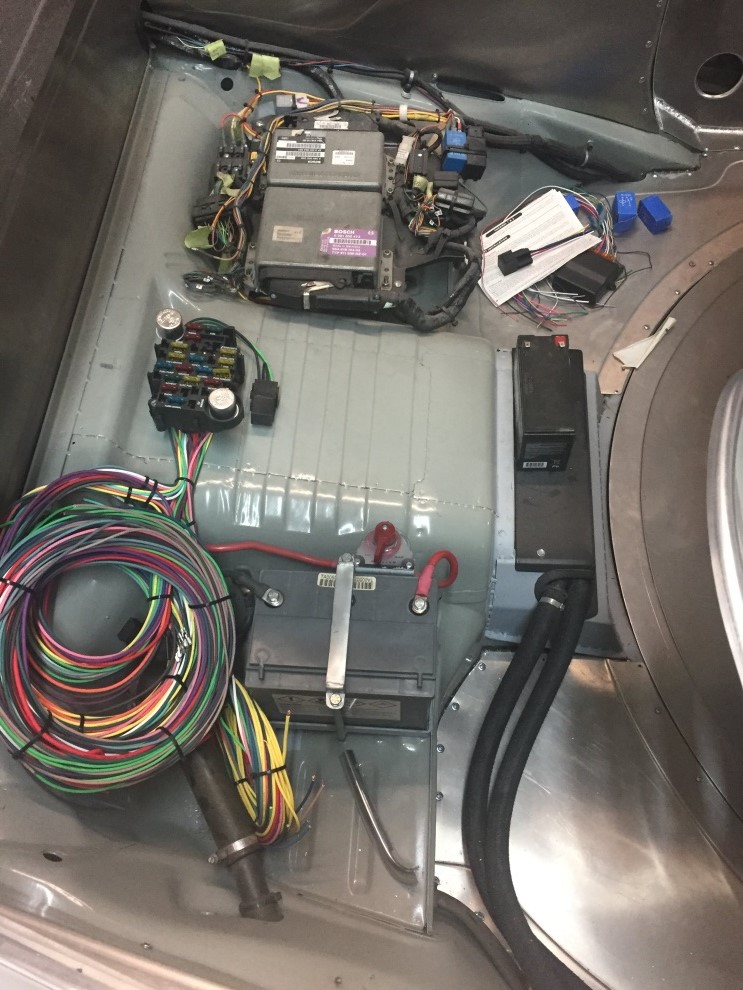 The next blog will report back on how the Tuckers did at the Pebble Beach Concours d’Elegance.