Who decides What’s New in SOLIDWORKS? Product Definition team members are a major component in determining and defining enhancements and new functionality included within the SOLIDWORKS products each year. They meet face-to-face with SOLIDWORKS customers to discuss what’s working, what isn’t, and what you’d like to see in the future. These customer visits are fantastic opportunities for you to connect with SOLIDWORKS directly, and let us know what we can do to help make your jobs easier.

In our first installment in this series, we talked with Blake Reeves about the 2016 improvements to Flatten Surface. Now, I’d like to introduce you to Leo Schowengerdt, Engineering Manager at Kvichak (pronounced Kweejack) Marine Industries, Inc. Leo and his team had a role in shaping the Flatten Surface tool in SOLIDWORKS, and I asked him a few questions about the Product Definition process from his perspective. 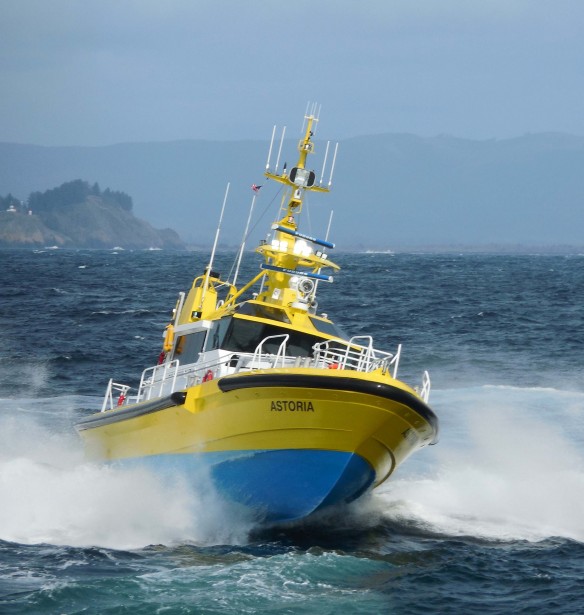 Let’s start easy. How long have you been using SOLIDWORKS?
We’ve been using SOLIDWORKS since 1999. We started using it in small portions of our design process, really feeling out what the tool gave us. Figuring out what we could do with the tool faster than other tools that we had. It rapidly became part of our process to create all of the metal parts within our boats. Our boats are all welded aluminum plates so we treat them as sheet metal parts. The biggest trick to getting those boats done was the shell plate of the boat, or what you see when you look at it. Probably starting in 2001-2002, we started asking, “Hey, can you guys add the ability to flatten these native to SOLIDWORKS?” We’ve been working on it since.

How did you and your team get involved in the development process?
Well, we have certainly worked with our reseller, but we’ve also participated in many SOLIDWORKS World events. For us, it’s at the annual SOLIDWORKS World event where we can regroup and reengage with people on the SOLIDWORKS Product Definition team. The event has allowed us to really get some movement on what we wanted, explain what we wanted, and talk to the guys and get them excited about it. It was that direct contact that I think was the most valuable to us. We’ve provided models and test surfaces, all of those things. Participated in web meetings. They kind of brainstorm on their vision for what we’re asking for and it’s a great, interactive process.

It sounds like 2016 will be the year you and your team are going to be able to put this into daily use. Is that right?
We’ve known all along that what we were asking for was very specific to our process and SOLIDWORKS was able to help us out in steps. We get surface flattening this year and flattening the sketches that are on the surface next year kind of thing. There was really very little value to it for us until we had all of the pieces together. The interesting thing is that last week Blake asked me, ‘Hey, have you tried 2016 Beta yet?” So we’ve been exchanging and testing results and telling Blake how accurate everything is. The bottom line is, yes, we’re so excited about it that we made the decision to flatten some of the parts for our current build in 2016 Beta. We’ll export them into a safe environment and use them in 2016 Beta to get the flattened part onto a current project. We’re so excited that we’re pushing the envelope and getting the work done before it’s even a released product.

What’s the biggest benefit of 2016 Flatten Surface for you and your team?
It’s a combination of everything of course. This will just completely change our process. Every piece is created in SOLIDWORKS and a great portion of them are complex surfaces that have some twist, and this new functionality gives us the ability to flatten them. It’s going to be part of how we use SOLIDWORKS all of the time. I don’t know that I can put an hour figure on it, but the time it will save by simplifying the process is going to be dramatic.

What advice would you give other SOLIDWORKS users who might need their own version of Flatten Surface?
The great thing about SOLIDWORKS has always been their commitment to the users. Every year at SOLIDWORKS World they come up with the new features that everybody wants – The Top Ten List. It’s almost like a popularity contest. If the feature you want isn’t super popular and the thing just doesn’t rise to the top of the heap when they’re looking at it, remember you still have the ability to get what you need into the software. And I think it’s all about the development team. If those guys didn’t have personal interest in trying to make the product better, this would all be a waste of effort. You get them, you talk to them, maybe it takes a SOLIDWORKS World or two, and pretty soon they’re as excited about it as you are. Obviously they have to make a use case for it and get it approved, but there’s definitely a process for those features that aren’t being clamored for. Every person I have ever met from SOLIDWORKS has an energy and a devotion that I’ve never seen in any other company. Literally every person I’ve ever worked with has been so energetic and so interested in their job and interested in seeing what you’re doing with their software. I don’t know where they get the time. They must work 24 hours a day. That’s just amazing to me.

If you’re interested in setting up a Customer Visit with a member of the SOLIDWORKS Product Definition Team, send an email to SOLIDWORKS.NAM.RD-Info.com. Please include: your name, company, contact number, and a brief summary of what areas you’d like to discuss (Assemblies, Weldments, Sheet Metal, Drawings, Simulation, eDrawings, SOLIDWORKS PDM Standard/Professional, etc.) to get started. You can also find the team at your local user group meetings, and at SOLIDWORKS World 2016 in Dallas, Texas.

Every year SOLIDWORKS releases a new version of its flagship product, and last year, a new tradition was born here on the Blogs. Over the next few weeks, we’ll be taking a Sneak Peek at 15 new features here on the SOLIDWORKS Blog, and then we’ll be following them up with short, detailed videos on the functionality over on the SOLIDWORKS Tech Blog beginning September 23rd. Until then, you can learn more about SOLIDWORKS 2016 by clicking the banner above and checking out the Launch Site.