When I first met Kristen Railey, Assistant Staff at Lincoln Labs and founder of Girls Who Build Wearable Workshop, I was impressed by how much she had accomplished in just two years out of college. While focusing on her main role as an engineer at Lincoln Labs, Kristen has also found time to turn her passion for girls in engineering into a program aimed at increasing the amount of women in STEM. Kristen’s general impression of engineering was that it involved building bridges and fixing cars. Girls in school are given the wrong impression about what it means to be an engineer and what engineers actually design, so she decided to start a program that may interest more girls to pursue engineering in college. During her first year at Lincoln Labs, Kristen founded Girls Who Build, a day long workshop that bridges the gap between fashion and tech and teaches young girls to build wearable devices through CAD, 3D printing, and computer programming. Despite her incredibly busy schedule, Kristen was gracious enough to take a couple of hours out of her schedule to give me some background on how she got into engineering and what inspired her to start Girls Who Build.

When I was in high school, I was not interested in becoming an engineer because I thought it was focused on building bridges and fixing cars. I had always loved Math and Physics class in school and I was passionate about fashion, music, art and painting. 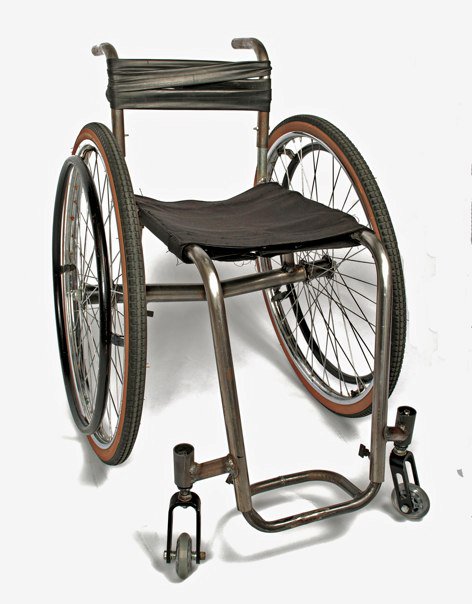 After school, I wanted to become an architect, what she believed was an intersection of physics and math with art. However, my parents encouraged me to visit MIT when I was touring colleges. I reluctantly agreed, but when I saw the range of research done at the MIT Media Lab, I was blown away. MIT hosts a variety of research labs focused on wearables, wheelchair design for developing countries, and tools for defense, to name a few. As a result of the campus visit, I applied to MIT and was accepted. What really cemented my interested in engineering was a class I took freshman year: Introduction to Toy Design. In this class, we had to brainstorm ideas for toys for the outdoors, design and build a prototype of our toy, and pitch it to Hasbro. My group got pretty far in the Hasbro pitch contest – I got the opportunity to pitch to the Hasbro corporate team in New York at age 18! The toy design class gave me an interesting glimpse into product design and exposure to hand and machine shop tools such as CNC Mills and Laser Cutters, tools I had never used before.

What did you study in school?

How did you learn how to use CAD?

I learned how to use CAD tools when I was part of the collegiate league of Formula Society of Automotive Engineers. The first time I used SOLIDWORKS was when I had to design a component on race car. (Kristen, along with a team of 30 students, built a race car from scratch and raced it in an annual competition.) When I took a class on Robotics, I learned how to use some of the more advanced functionalities in SOLIDWORKS. For this class, we designed a gymnastics robot that could rotate on a high bar and do a split based on a programmed routine to music. You can view the video by going to the Girls Who Build Facebook page.

What is ‘Girls Who Build’?

Girls Who Build is a day-long engineering workshop for girls from local school districts in the area such as Lexington and Belmont. The theme of the workshop is wearable technology, featuring two activities: designing and 3D printing a bracelet and programming a wearable electronics circuit. The workshop involves taking a tour of a machine shop and then customizing the design in SOLIDWORKS. After the 3d printing the bracelet, the girls build a wearable eletronics circuit that is integrated into their clothing. The girls program an Arduino to light up LEDs on their shoes when walking.

How did you come up with the idea to start Girls Who Build?

I used Girls Who Build as a way to tackle the self-doubt that girls experience in school. I wanted to build a workshop with a topic that would be easily accessible to girls – something that was an intersection between fashion and technology. I tried to find different DIY kits but most of them were geared towards boys. I created my own “kit” and curriculum around the trendy topic of wearable technology to appeal to high school girls.

Who are your role models?

My parents, both of whom came from computer science backgrounds, are my biggest role models. They encouraged me to pursue engineering as a career. My mom is an IT executive while my dad worked on startups. When I was in high school, my dad stayed at home with me and my mom was the breadwinner for the family. My family captured Sheryl Sandberg’s Lean In Together, a campaign focused on empowering gender-equal couples.

What is your advice for women and girls pursuing careers in the field of engineering?

When I was at MIT, I was usually a minority. I was on diverse sets of teams: there were times when I was one of many women on a team and there were times when I was the only American on a team. What is important is to have mutual respect for one another and never lose sight of what you’re good at and what you love. Whenever I feel discouraged, I remember how much I love my job.

If you love math and the sciences, and enjoy solving difficult problems, engineering is a great field to pursue. Just don’t lose sight of what you’re good at.

What is preventing women from pursuing careers in engineering?

The leaky pipeline effect is the main reason why there are fewer and fewer women in engineering and STEM. This effect starts when you’re younger and gender roles are just being introduced to you. In high school and college, more women drop off with time.

Self-doubt and lack of preparedness, both of which prevent many women from pursuing engineering, also contribute to the leaky pipeline effect. To tackle this problem, I started Girls Who Build.

What is next for you and Girls Who Build?

Right now I am partnering with MIT Open Courseware, a massive online open courseware provider and online learning platform founded by MIT, to create an online curriculum for educators and students to replicate the workshop in their schools. I am also going to speak in front of at a Society of Women Engineers conference in October 2015.