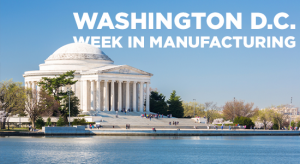 China’s Economy Continues to Slow
The Chinese manufacturing sector continues to struggle, with the Caixin Flash General Manufacturing PMI data contracting for the seventh straight consecutive month, from 47.3 in August to 47.0 in September. With a PMI at its lowest level since March 2009, the Bank of China has devalued the yuan, down 2.8 percent since early August. Additionally, the Shanghai Composite Stock Market Index has plummeted nearly 40 percent since June 12, promoting growth worries in financial markets around the world. To learn more, visit here.

United States and European Economies Expand Modestly
With a PMI of 53.0, the Markit Flash U.S. Manufacturing PMI was unchanged in September. Overall, manufacturers continue to grow modestly, with decent demand and production growth, despite a number of headwinds that have dampened activity, such as a stronger U.S. dollar and sluggishness in export markets. In Europe, the economies appear to be moving in the right direction, with Germany decelerating slightly and France expanding slightly for only the second time in the past 16 months. To learn more, visit here.

New Durable Goods Orders Fall in August
New durable goods orders fell 2.0 percent in August, essentially offsetting the 1.9 percent increase seen in July, according to the Census Bureau. Much of the decrease came from the transportation sector, with reduced demand for motor vehicles and parts and nondefense aircraft for the month. Excluding transportation, new orders for durable goods were unchanged in August. Overall, the figures suggest weaker-than-desired growth for the manufacturing sector. To learn more, visit here.

Kansas City Fed: Outlook Dampened for Next Six Months
Manufacturing activity in the Kansas City district continued to decline in September, dampening enthusiasm for the next six months, according to the Kansas City Federal Reserve Bank. The composite index of general business activity increased from -9 in August to -8 in September, with much of that weakness stemming from lower crude oil prices and the strong U.S. dollar. Underlying data regarding the coming months was down across-the-board, with the forward-looking composite index decreasing from zero in August to -12 in September. To learn more, visit here.