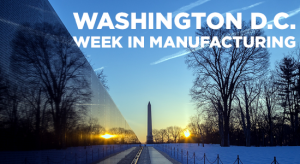 Housing Starts Once Again Exceed 1.2 Million
New housing starts once again exceeded 1.2 million in September, near the eight-year high of 1,211,000 units seen in June, according to the Census Bureau and the U.S. Department of Housing and Urban Development. Overall, the housing market is showing continual progress, with housing starts rising a healthy 17.5 percent year-over-year. These numbers help explain the strong confidence from the recent Housing Market Index report showing a rise from 61 in September to 64 in October. Index values over 50 suggest that home builders are more confident than not in their economic outlook. To learn more, visit here.

Kansas City Manufacturing Activity Stabilizes in October
The composite index of general business conditions in the Kansas City district improved from -8 in September to -1 in October, which demonstrates stability in the region despite being counted as a decline for the eighth straight month, according to the Kansas City Federal Reserve Bank. Reduced oil prices, the strong dollar and weaknesses abroad are affecting the sector’s performance and have kept the measure in negative territory for each month since March. The outlook for the next six months was similar, with manufacturing leaders in the Kansas City Fed area slightly negative in their overall expectations. To learn more, visit here.

U.S. Manufacturing Activity Rises to 5-Month High
Manufacturing activity rebounded in October in the United States, with the Markit Flash U.S. Manufacturing PMI jumping to its highest level since May. The composite measure rose from 53.1 in September to 54.0 in October, boosted by stronger output growth and a shift to slightly positive exports. Alternatively, new orders and employment both eased a bit for the month. This data suggests modest growth in demand and production for U.S. manufacturers, even as the rate of growth for each remains slower than what was observed in the Spring. To learn more, visit here.