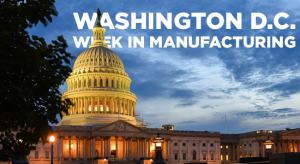 Manufacturing Drops 17,000 Workers in August
In the first decline in just over two years, manufacturers lost 17,000 net workers in August, according to the Bureau of Labor Statistics. With a hiring average of only 3,5000 workers per month in 2015 (compared to the average of 20,667 workers in the second half of 2014), it is clear that challenges in the manufacturing sector continue to hold down hiring rates. The strong U.S. dollar, economic problems from global markets such as China and seasonal factors could all partially explain the lower manufacturing hiring rates for August. To learn more, visit here.

Small Business Optimism Index Edges Higher in August
The Small Business Optimism Index rose marginally higher in August, from 95.4 in July to 95.9, according to the National Federation of Independent Business (NFIB). Index values under 100 usually coincide with softer economic growth for small firms, suggesting that small business owners remain anxious about the economy. The top “single most important problem” cited by survey respondents was government regulations and red tape, followed by taxes, poor sales and the quality of labor. To learn more, visit here.

Producer Prices Remain Unchanged in August
Producer prices for final demand goods and services were unchanged in August, according to the Bureau of Labor Statistics. Over the past 12 months, producer prices for final demand goods and services have declined 0.7 percent. The negative year-over-year numbers each month so far this year are mainly due to reduced energy costs. Overall, core inflation has remained below the Federal Reserve’s stated goal of 2 percent for 15 consecutive months, with this measure being below 1 percent in five of the past six months. To learn more, visit here.

Consumer Confidence Falls to a 12-Month Low
The Consumer Sentiment Index fell to a 12-month low in September, from 91.9 in August to 85.7 in September, according to preliminary numbers from the University of Michigan and Thomson Reuters. The decrease in perceptions was likely influenced by the falling stock market values and the media focus on economic headwinds. To learn more, visit here.