Find fast tips and tricks to up your electrical game through our baseball Spring Training theme!

How is SOLIDWORKS Electrical like everyone’s favorite game (ahem, Baseball), and a nation getting through Spring Training, gearing up for the next season? Well, as the players work on tuning every element of their game, from the simplest fundamentals they picked up in Little League to the latest analytic-driven techniques, we at GSC are also ramping up your electrical game up for a best-ever year! 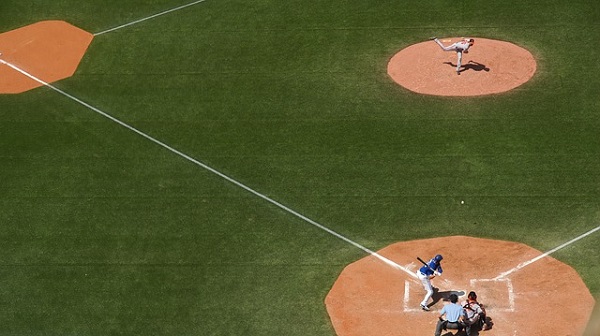 Spring is in the air…maybe not fully here for those of us in the Midwest, still blasted with chilly mornings, but it definitely has arrived further to the south, in Arizona, where the Cactus league ramps up as Pitchers and Catchers report. That’s where my favorite team, the Milwaukee Brewers, have been building on what was their most memorable season since ‘82. It was an astonishing run that left them one game shy of entering the World Series! A season that saw them defy every prediction and expectation, with some savvy offseason signings, unusual strategy, and all-out spine-tingling big time moments!

In case you missed the action in 2018, despite predictions of a middling .500 record, Milwaukee possessed the BEST record in the National League enroute to punching their ticket to the playoffs IN St. Louis. They then claimed the division in an intense one game playoff AT Wrigley field, taking down their 2 biggest rivals at their place! The team’s big offseason acquisition paid off big time, as Christian Yelich forged an MVP season, carrying the team to game 7 of the NLCS. Can they build on that stunning season?

It all starts at Spring Training, as the players put in the hard work now, to be excelling later. At GSC, we’re here to help you utilize these tried-and-true tips and tricks so that your SWE projects run smoothly, so that you feel confident moving quickly through each stage and step of the process, and so that your electrical game is better than ever before!

If you’re going to go far, you have to win at home! And every corner of your home field should be to your strengths and standards. Let’s take a look at a few ideas to help you perform at your best with some tweaks to get your interface feeling more like home!

Watch now to customize your interface configuration to match your preferences. We’ll also look back at how to set up your keyboard shortcuts!

Location, Location, Location. That’s the name of the pitching game, and the great ones can put a pitch EXACTLY where it needs to go with pinpoint precision and control. Well, their throw is only half the battle, as new analytics have shown that a HUGE part of getting the umpire to call a strike is the subtle body language of the catcher as he receives the ball in his glove. This “slight of hand” technique is called pitch framing, and a great catcher can tip the balance of the game and get just a few more strikes called to wipeout more batters.

In SOLIDWORKS Electrical, this little adjustment to the wipeout frames in your library of footprints (especially the non-rectangular footprints) will give you the control you need to knock out another design in time and wipeout the competition!

See how to specify a wipeout shape on any non-rectangular footprint symbol to ensure an accurate project layout!

“Ninety percent of baseball is mental, the other half is physical” – Yogi Berra.

As with all Berra’s famous quotes, it belies logic but contains enormous truth. Baseball is about balance: old versus new, rookie sizzle versus veteran grit, the “eye test” versus analytics. Berra’s acknowledgement of the MENTAL part of baseball was prophetic, as the statistical revolution has essentially upended and revolutionized the game. Every shred of information is tallied, accounted for, and decided upon either in the offseason or in the key moments of a critical game.

The same is true in your SWE project – as a database program, each item is tallied and accounted for; and soon you’ll see how to master your Component Numbers to make better decisions in the moment.

If you’ve moved a symbol or are placing a previously named component for the first time, watch the video to learn how you can update that mark without needing a project wide update with this minimally invasive maneuver!

This blog is authored by Evan Stanek, GSC’s Electrical Applications Engineer. Evan enjoys helping customers realize the time-savings SOLIDWORKS Electrical can provide. He has over 10 years of experience as an Electrical Engineer. Prior to GSC, he worked as an engineer in the broadcasting field designing panel layouts and schematics/installations for transmitter control systems. He also has experience designing network and control layouts for radio studios. Evan is a certified SOLIDWORKS Electrical Trainer and Electrical Applications Engineer (CSWE). He has a bachelor’s degree in Electrical Engineering from the University of Wisconsin-Platteville. Evan is a regular contributor to the GSC blog, available at www.gsc-3d.com/articles.

Latest posts by GSC (see all)