With the latest version of SOLIDWORKS Composer, you can now import SOLIDWORKS Bill of Materials (BOM) directly into SOLIDWORKS Composer.  This means that you can repurpose even more of your 3D CAD data and save more time when creating technical communication content.

To use the new Import SOLIDWORKS BOM functionality: 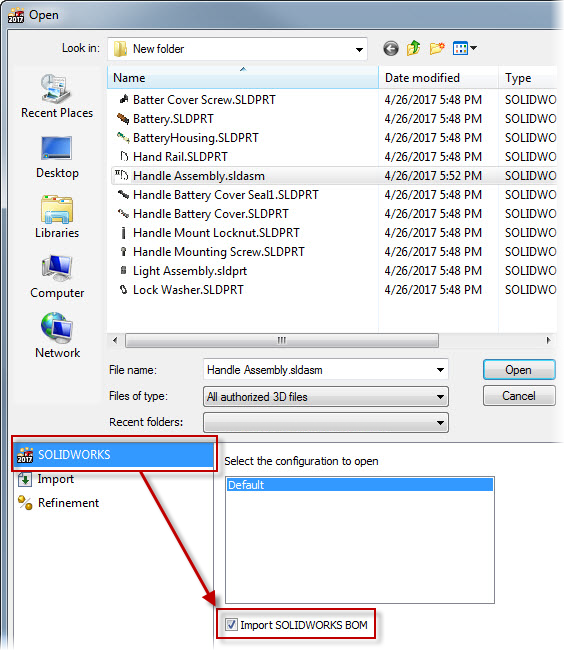 After the import, you can see that a BOM is automatically generated in SOLIDWORKS Composer.  The Composer BOM contains the same data as the SOLIDWORKS BOM. 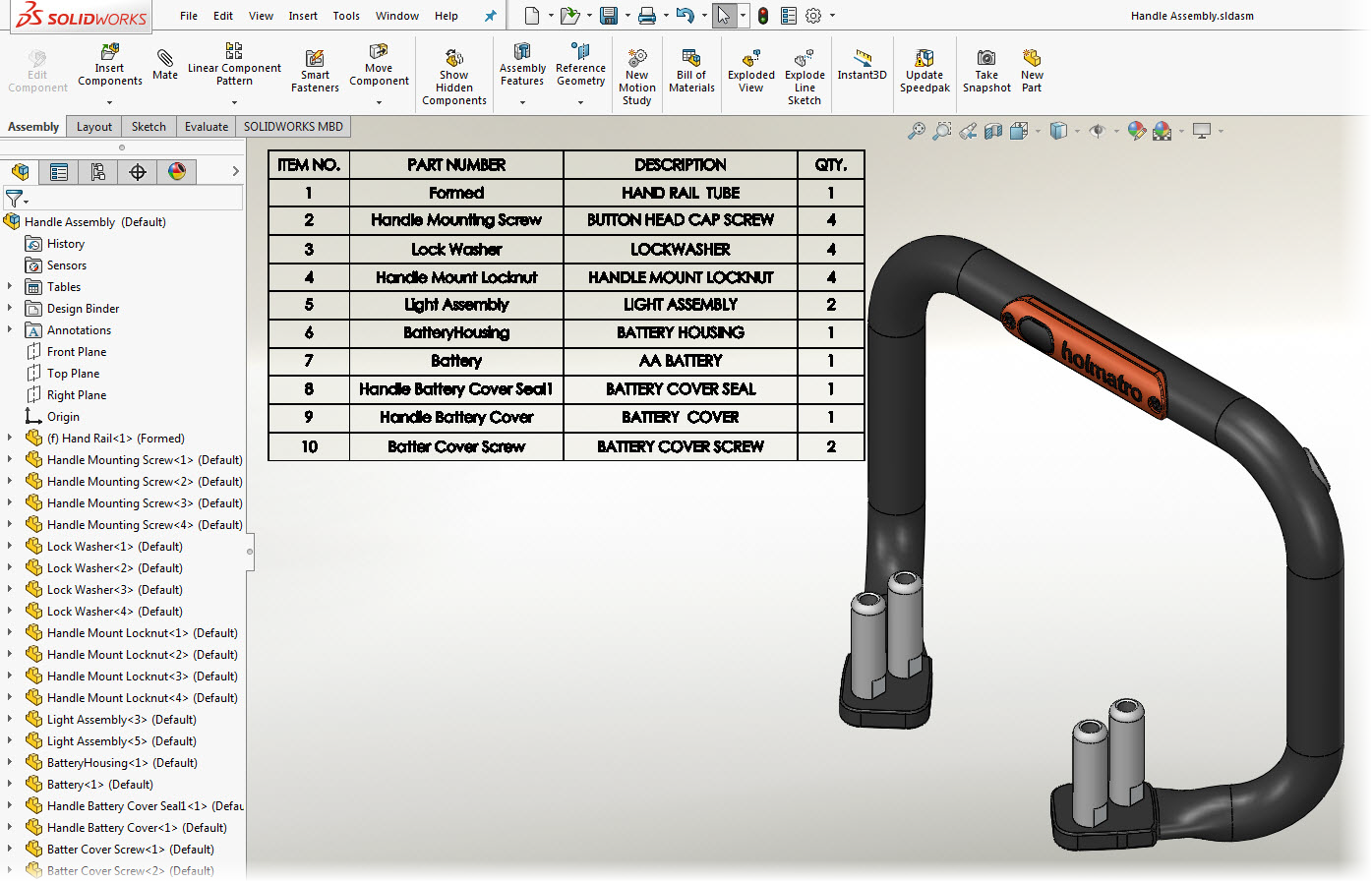 The Import SOLIDWORKS BOM functionality is available in SOLIDWORKS Composer 2017 SP3 and later versions.  Other enhancements in SP3 include automatic import of SOLIDWORKS appearances and textures. 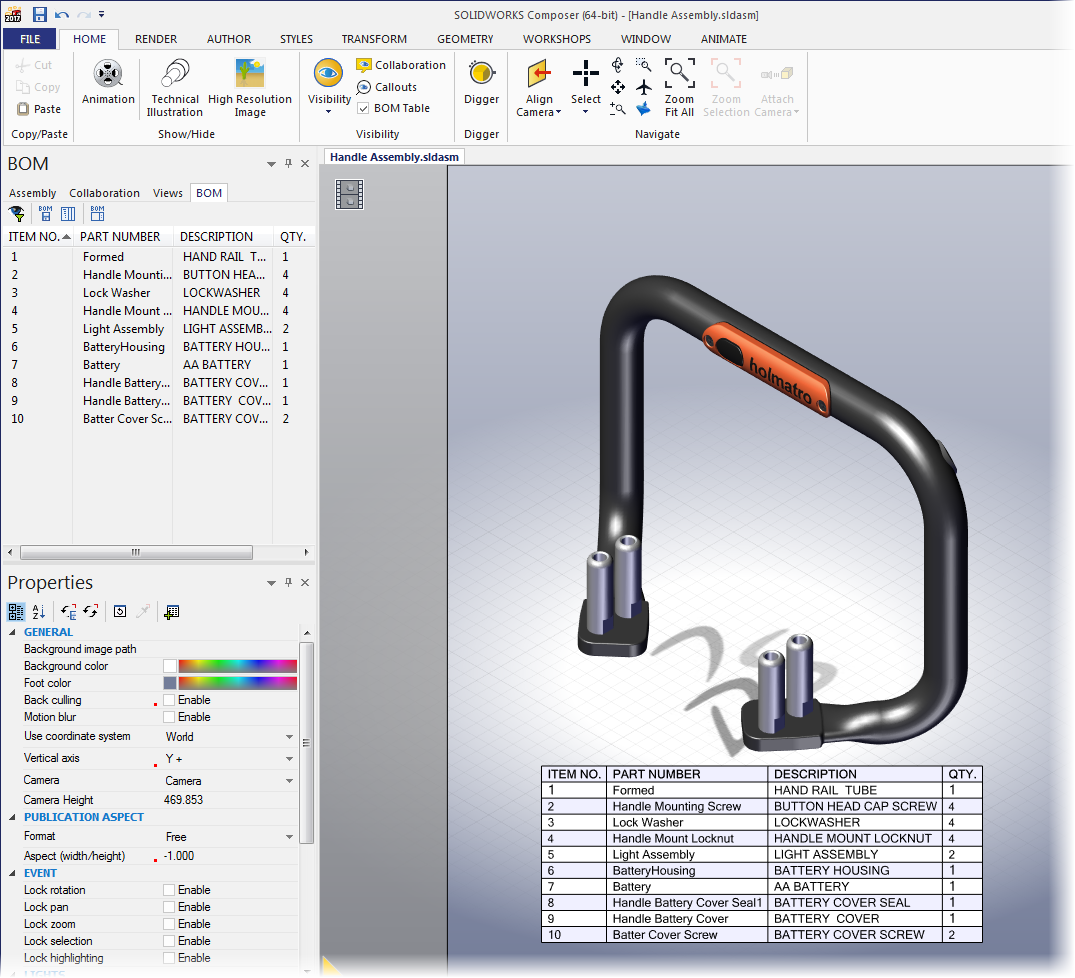 Some of you have already been explosed to the Augmented Reality (AR) of the eDrawings app or have enjoyed product design using AR. But for the rest of us, just know that SOLIDWORKS 2017 enables you to experience 3D CAD data in virtual reality using either the eDrawings iOS app or the Android app. 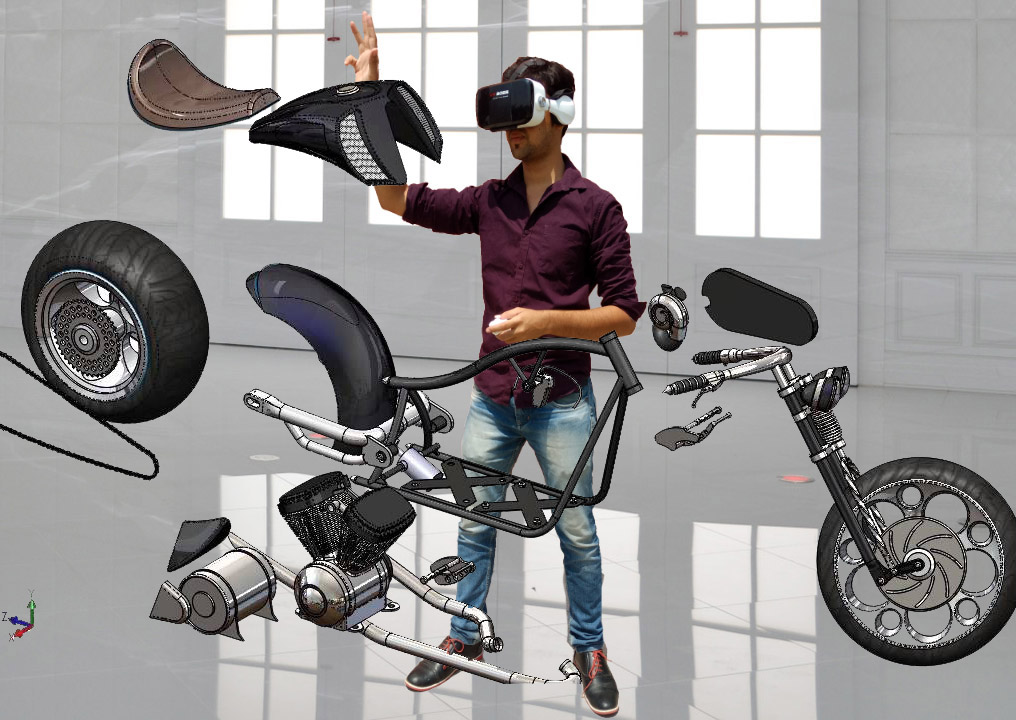 So what is Augmented Reality?

In simple terms, Augmented reality (AR) is a live direct or indirect view of a physical, real-world environment whose elements are augmented (or supplemented) by computer-generated sensory input such as sound, video or graphics data.

What do you need to experience Augmented Reality with eDrawings?

Short answer: Google Cardboard & a smartphone in which eDrawings app is installed

Google Cardboard is the least expensive way to dip your toe into virtual reality. And Cardboard viewers are designed to work with nearly any smartphone.

How does it work?

Similar to other Cardboard apps, the AR function of eDrawings mobile generates two images of the object being viewed, with a slight offset to account for stereo vision, making the object appear three-dimensional.

Convex lenses in the Cardboard headset resolve the two images into one and make it appear farther than a few inches in front of your eyes. The accelerometers in the phone also track movement, so the object moves and rotates, changing your perspective as you move your head.

What is the procedure to view eDrawings with AR?

As an eDrawings user, you can able to view the model 360º by simply moving your head around.  Although I would advise some caution if using in conjunction with a swivel office chair and doing full 360º rotation!  It can bring on a little motion sickness!  J

Viewing a model in eDrawings virtual reality allows you to add an extra layer of immersive realism to your design, using the movement of your head, rather than your finger, to manipulate the model.

It would be very impressive to demo 3D models of products to clients, where they can interact with them in VR space. VR is available only with the professional version of the eDrawings app, for both Android and iOS systems.

Some of the most remarkable fields where AR in eDrawings can be applied are architecture, construction and furniture. In these cases, CAD images of a structure can be superimposed into a real life local view before constructing the physical building.

AR is also very helpful in industrial design because it can help designers experience products’ designs and operations before completion.

Last month, Reza discussed the topic of FEA with an Engineering View. This month, Omar discusses the topic of basic failure analysis.

Next month, Reza will come back and discuss the topic of Accuracy and Convergence.

Why is SOLIDWORKS graphical performance slow with Windows 10 after Windows Update?
Windows update might have automatically installed a new NVIDIA graphics driver on your Windows 10 system, the affected driver versions are 376.53 or 376.54.  Please verify the graphics driver version from System Information or Device Manager.
Until a fix is available from Windows/NVIDIA please roll back graphics driver then use this Microsoft tool to stop Windows from updating the driver: https://support.microsoft.com/en-us
From Solution Id: S-072912.

In the SOLIDWORKS® PDM software, how do I control the number of pending tasks that a task host will process and place in ‘Starting up’ status?
By default, a SOLIDWORKS® PDM task host polls the file vault database every 30 seconds and starts processing all available tasks with the status ‘Waiting for host’.
In SOLIDWORKS PDM 2017 , too learn how to control how many pending tasks a task host can queue up when polling the vault database, follow the steps in Solution Id: S-072642.

That’s it for this month. Thanks for reading this edition of SOLIDWORKS Support News. If you need additional help with these issues or any others, please contact your SOLIDWORKS Value Added Reseller.

Also, comments and suggestions are welcome. You can enter them below.

Sr. Technical Customer Support Engineer, SolidWorks, EMEA at DS SolidWorks Corp.
I have been a Tech Support engineer for Simulation products since 2002. I was previously a product manager at SRAC, the original makers of COSMOS for those who remember that time! ;-). I am currently in charge of the content of the certification exams for simulation products. I also initiated and still author the Simulation Knowledge Base and participate as much as possible in the expansion and evolution of the SolidWorks Knowledge Base. Finally, I handle the SolidWorks Support Monthly News blog.