For this post I created a paper airplane using the sheet metal tools in SolidWorks.  These tools allowed me to create all the folds that I would use if I were to create the airplane from an actual piece of paper.  This proved to be a little more challenging that I initially thought because the sheet metal tools don’t allow you to bend two pieces at the same time.  Because of this there were times during the construction that the paper intersected itself in the model because it was the only way to create all the necessary bends.  This can be seen in the image below. 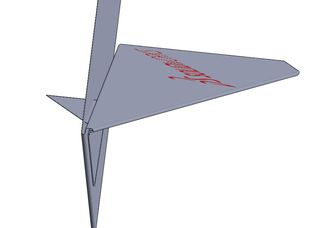 All the bends were created using sketch bends where I sketched a line on that surface and then bent the part around it.  The plane was created one half at a time because I was hoping to mirror the first side.  However, I was unable to do this because when mirroring sheet metal parts, only the sheet metal itself can be used as the mirroring surface.  The bend that I originally created was not allowed to be used as the mirroring face.  In order to get around this I just followed the same procedure that I used on the first side.

Using the flatten pattern feature associated with sheet metal the airplane can be flattened to show all the bends needed to create the airplane.  This flattened part can be seen below. 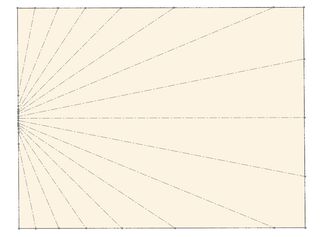 Feel free to download the model below or try creating your own paper airplane.  Enjoy!