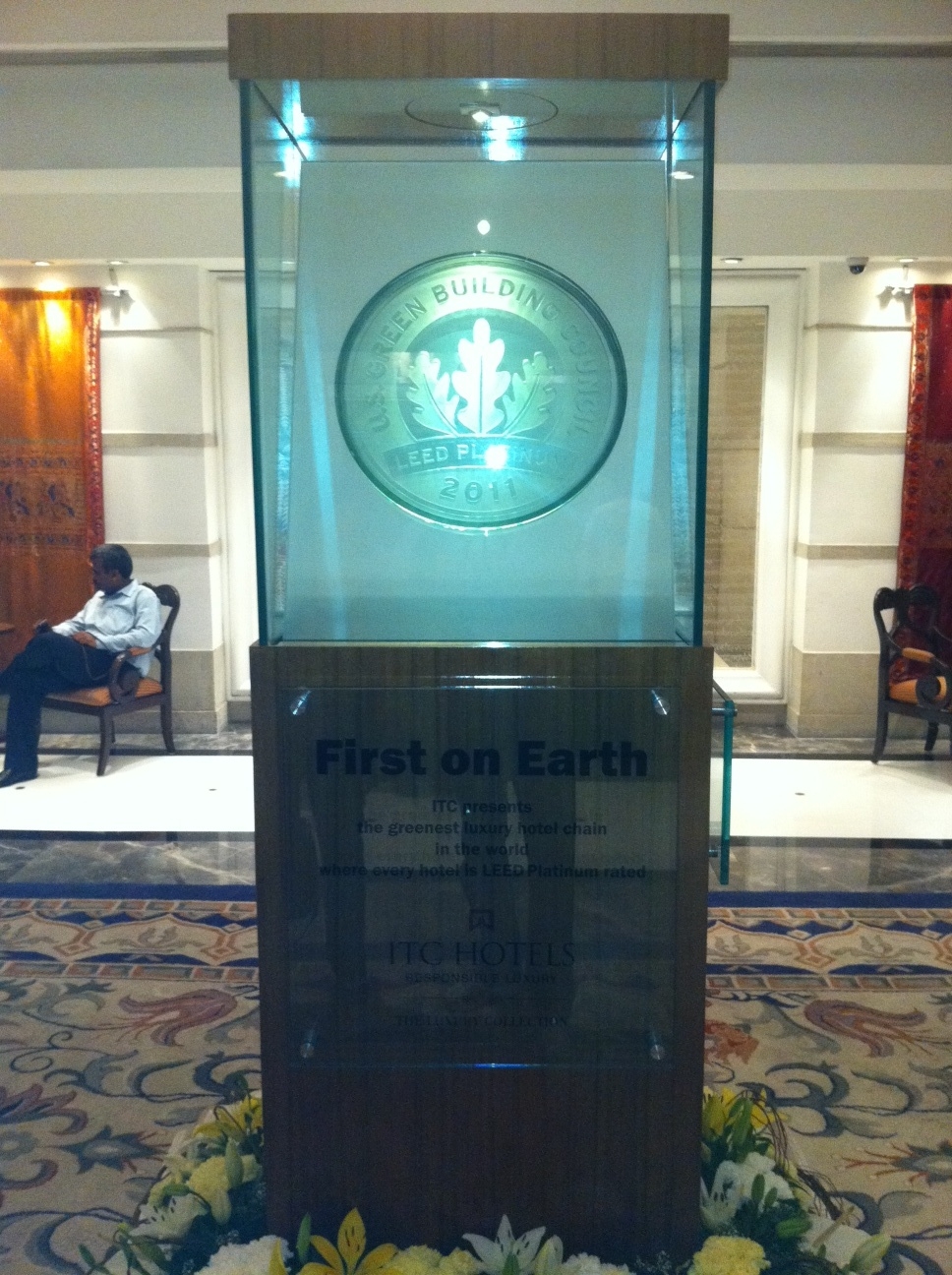 I recently returned from a long trip to the Asia/Pacific region, and was struck by some of the ways that businesses in the region are truly embracing the idea of sustainability. I first started noticing the trend when I arrived 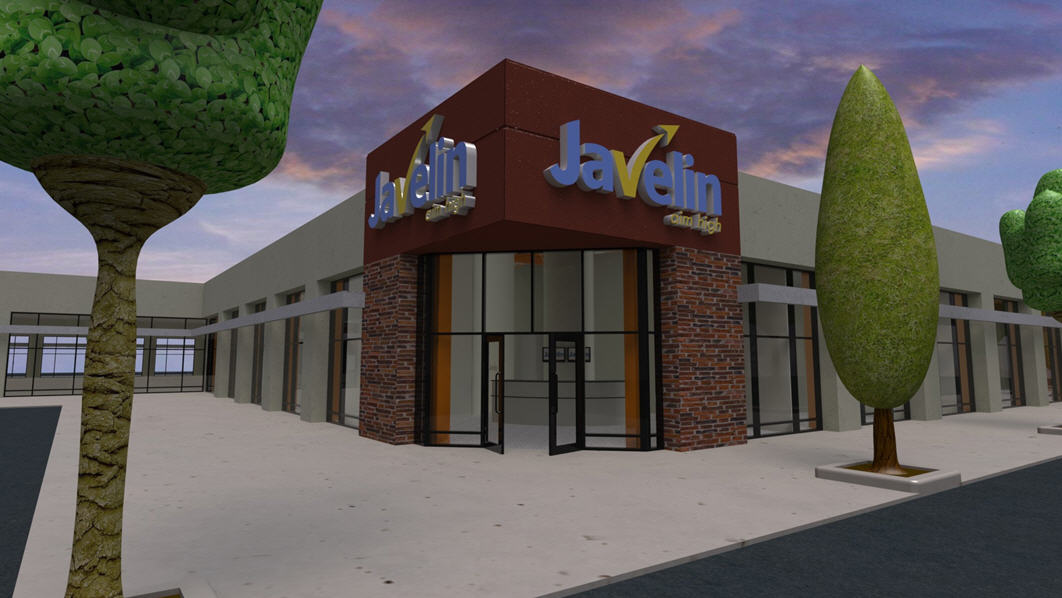 A few weeks ago, I attended a celebration thrown by Javelin Technologies, a SolidWorks reseller in Canada. Javelin was moving into a new office in the town of Oakville, Ontario (a suburb of Toronto), and they invited me to come and take part.

Javelin has been growing quickly over the past few years, and found themselves running out of room in their existing offices. The new building has 12,000 square feet of space, and includes a dedicated 3D printing room, a video studio, and even a 3D theater. The staff told me that they will use it to show 3D demos of eDrawings and 3DVIA products, and even screenings of U2 in 3D. They also made sure to outfit the building with products from Javelin customers, including furniture from Teknion, Allseating, Neinkamper and Umbra; lighting from Metalumen and Visioneering; and even a barbeque from Onward Manufacturing.

The Javelin team used DraftSight to communicate with the architects and contractors for the build of the new space, and created a 3D model of the office in SolidWorks from the 2D data to help with space planning and decision-making. During the grand opening, they even uploaded the 3D model to 3DVIA. com and did 3D walkthroughs of the office in the 3D theater – very cool. 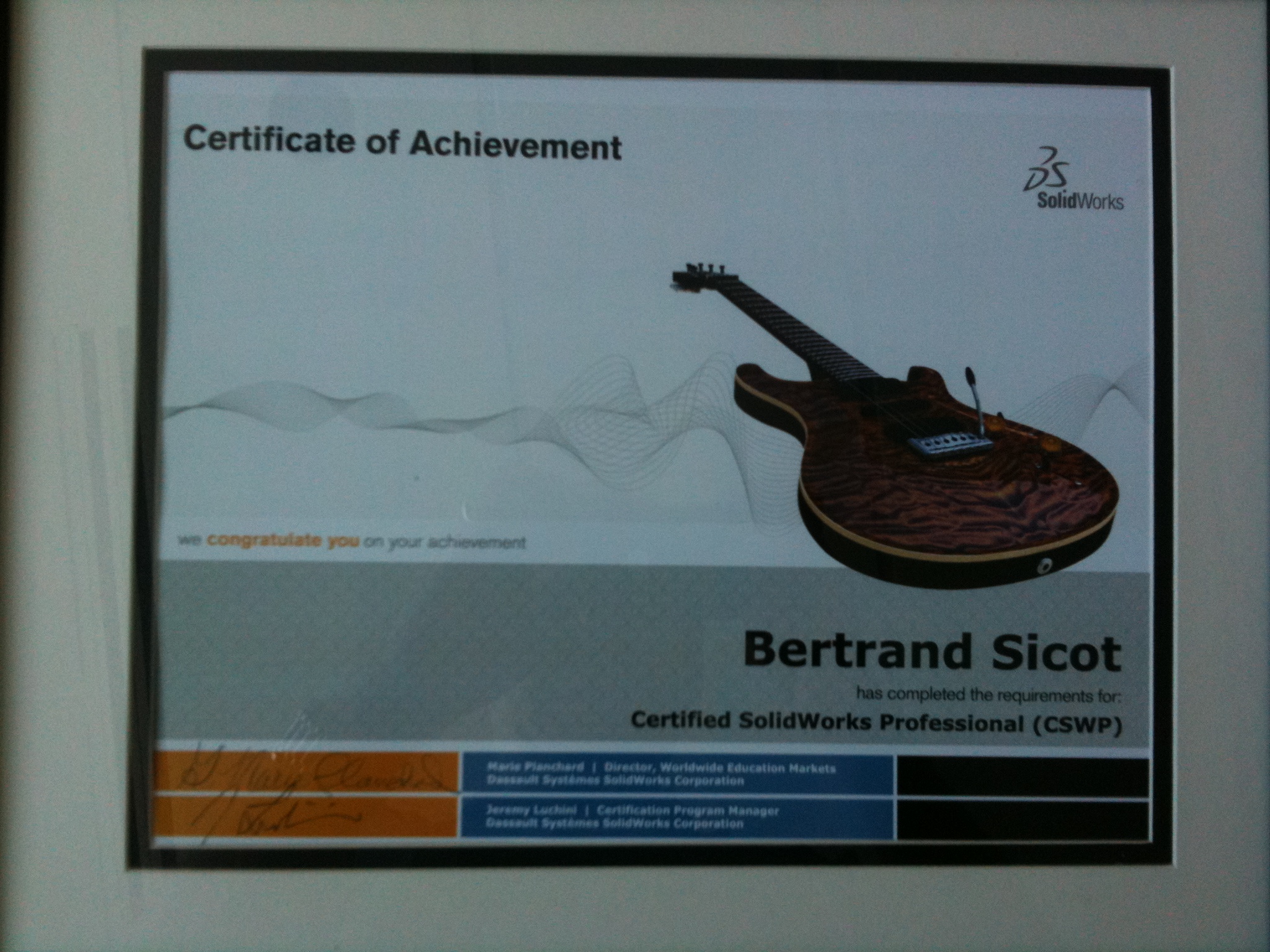 Back In March I wrote about how I was challenged by Matt Lorono to pass the Certified SolidWorks Professional (CSWP) test. In April I talked about taking (and passing) the first segment of the test, and in June I discussed

Last month, I went on a week-long trip to Japan. This was the first trip I have made to the country since the earthquake and tsunami earlier in the year, and I was particularly interested in seeing how our customers and reseller partners were doing.

On the flight over, I noticed that only 2/3 of the seats in the airplane were occupied. I have been to Japan many times in my years at SolidWorks, and have never seen a plane that was less than full. However, one of the flight attendants told me that only a month earlier, most flights were only 1/3 full, and that they have been seeing a noticeable improvement in travel to and from Japan. So that gave me some small bit of hope.

Back In March I wrote about how I was challenged by Matt Lorono to pass the Certified SolidWorks Professional (CSWP) test, and in April I talked about taking (and passing) the first segment of the test. It has been nearly 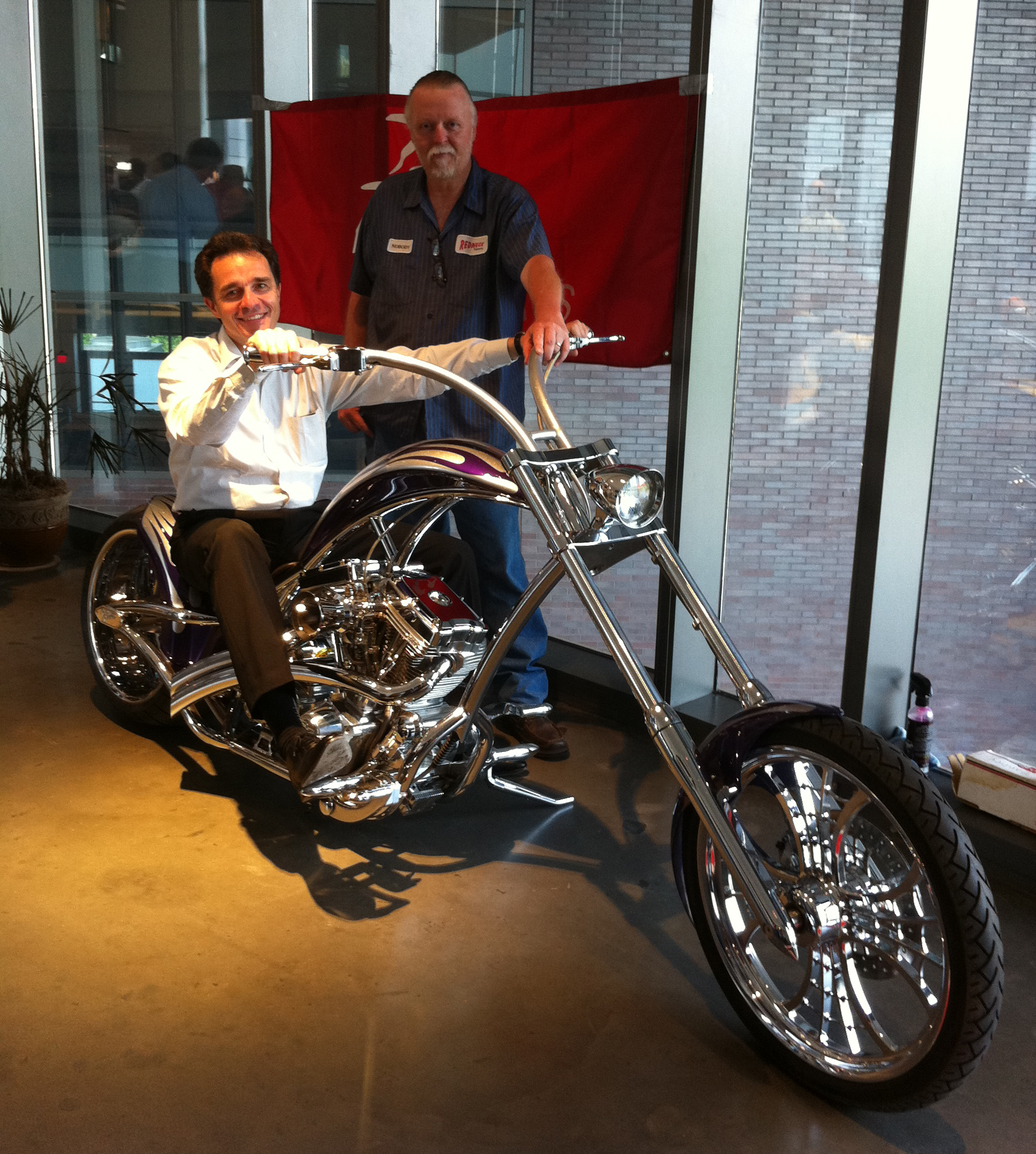 As you may recall from my earlier post, I spent the week of May 23 driving through the southeastern US with SolidWorks User Group Network coordinator Richard Doyle, attending user group meetings and visiting customers. It is always exciting to get out of the office and meet with SolidWorks users, and I learn something new every time. Rather than give you a day-by-day retelling of my trip, I thought I would talk about some of the highlights.

Each of the user group meetings was different and enlightening in different ways. The first meeting was in Atlanta, Georgia, and was held at the Quickparts headquarters. The second meeting in Greenville, South Carolina, was held at Clemson University. At this meeting, several resellers set up a display of 3D printers for the 70 attendees to demo, and SolidWorks customer Redneck Engineering brought out a few custom choppers. Here’s a picture of me sitting on one of them along with Vince “Nobody” Doll, who runs the company. 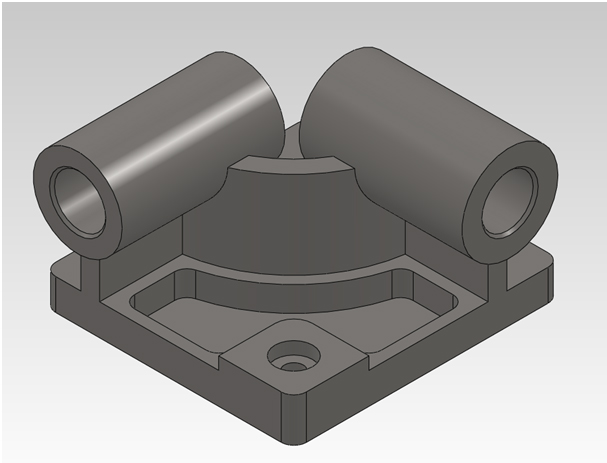 In March I wrote about how I was challenged by blogger Matt Lorono to pass the Certified SolidWorks Professional (CSWP) test, and my promise to pass it by the day SolidWorks World 2012 begins. It has been a month since my first post, so I thought I would give an update to everyone.

If you’re not familiar with the CSWP, it’s broken up into three segments. So when Marie Planchard started helping me train, we focused on what I would need to know to pass the first segment. In this part, you have 90 minutes to

In preparing for segment 1, I worked through the sample exam on the website.  After I created it the first time, Marie worked with me to make the design again and showed me where I could save time. For example, Geometric Relations, Linked Values for sketch dimensions and Equations really help. In the CSWP exam, the part was not difficult – but you have to work fast. 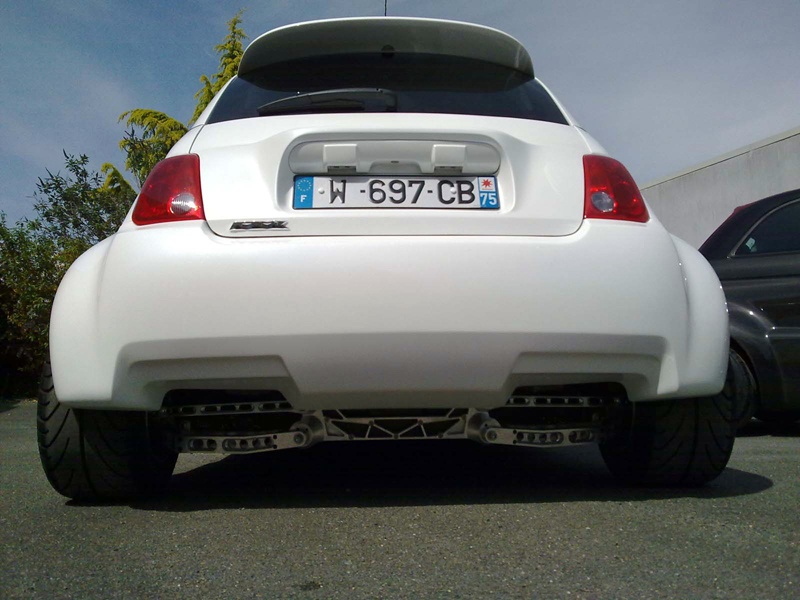 It’s been a busy few months for me, but between taking on a new job, SolidWorks World 2011 and traveling between the US and France, I’ve still managed to visit a few great SolidWorks customers. There’s one in particular that 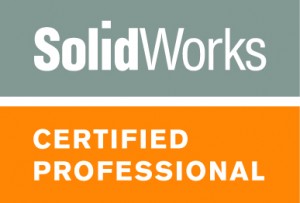 Early last month, I started working toward meeting that goal, and thought that some of you might be interested in following me through the process. So over the next few months, I plan to post occasional updates letting everyone know how things are going. First, some background.

Today is a very special day here in the US, especially for those of us here at SolidWorks—Introduce a Girl to Engineering Day. If you’re not familiar, this is a day intended to spotlight engineering as a real career opportunity for girls and women, sponsored by the National Engineering Week Foundation.

Hello everyone, It’s an honor to talk with you for the first time as the CEO of Dassault Systèmes SolidWorks Corp. I know you all join me in wishing Jeff Ray the best as he begins his new position within