It’s been a busy few months for me, but between taking on a new job, SolidWorks World 2011 and traveling between the US and France, I’ve still managed to visit a few great SolidWorks customers. There’s one in particular that I thought would be of particular interest to the SolidWorks community.

Atomik Cars is a small company based in Paris. The Atomik team is made up of car industry veterans-everyone has at least 20 years of experience working for the big guys. They decided they wanted to do something different with Atomik, and use their years of experience to create something new that’s both exciting and environmentally sound.

They’ve decided on an interesting way to get started. Rather than build a new car from scratch, the team decided to take someone else’s car and improve on the design. The car they decided on is the new Fiat 500, which was originally discontinued in 1975 and resurrected in 2007. The 500 is a small car made for city life. The base model features a 1.4-liter, 68hp engine. That’s not what I would call powerful. 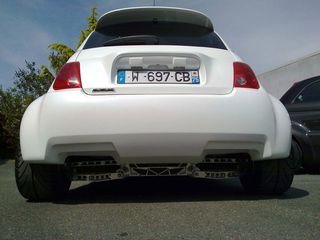 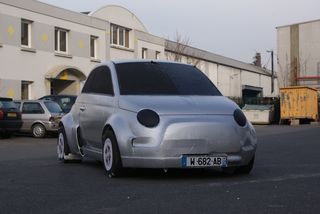 The Atomik team decided to take the 500 and turn it into the world’s first electric city supercar. What they’ve done is figure out how to remove the car’s original gasoline engine and drivetrain, and replace them with two independent electric motors—one for each axle.  The modified car can do 0-60mph in under five seconds, has a top speed of over 121mph, and has a range of 130 miles on a single charge. 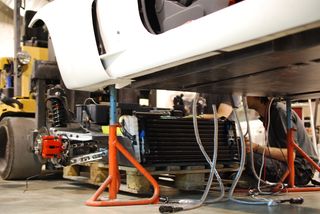 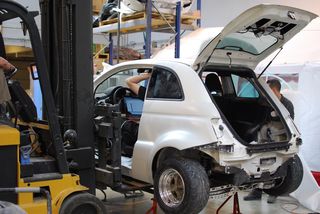 But what impressed me most isn’t the actual design of the Atomik 500–it’s the innovation and creativity the company has put into the design process. For example, rather than source batteries from existing sources, the team has actually designed their own networked battery packs. In fact, one of the very first things they did with SolidWorks was redesign the battery packs to improve the safety factor, and at the same time provide more than 30kWh of power without losing the rear seats and/or trunk capacity. 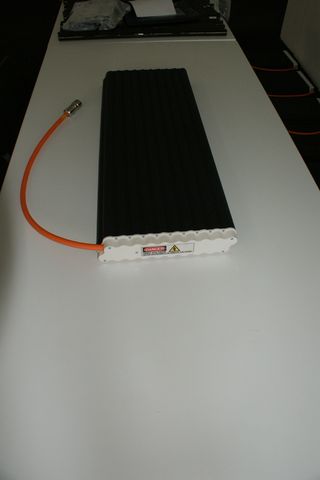 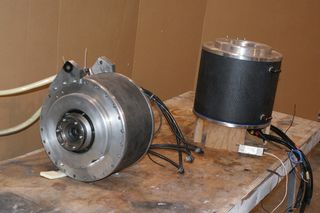 To me, it’s exciting to see that it’s not just big companies like Toyota and Nissan working on hybrid and electric designs. Historically, small companies have always been at the forefront of technology, and like Tesla (another Dassault Systemes customer), Atomik Cars is really pushing the limits of what an electric car can be.

I was telling someone about my visit to Atomik Cars recently, and was asked if I planned to buy one. I have to say that I thought about it briefly, but then remembered that I have a wife and three children. A small Fiat probably isn’t in our future, but if Atomik Cars decides to take on a BMW sedan for their next project, who knows… 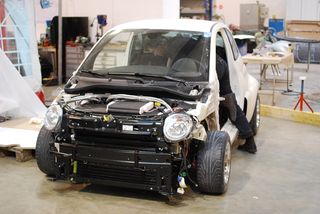 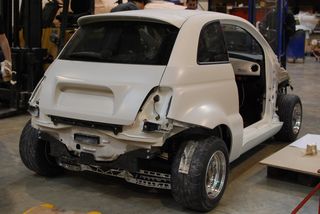