It’s been a while since we’ve heard from the SOLIDWORKS Magic Wheelchair build team. That’s because this time around, the costume they are working on needs to remain super-secret! Freyja and her family are very much online, and we want the costume reveal to be a huge surprise for everyone.

But here’s what we CAN tell you. Freyja’s costume is set to be revealed to her on Sunday, October 17, which means the build team has a lot of work to do to make her princess dreams become a reality. 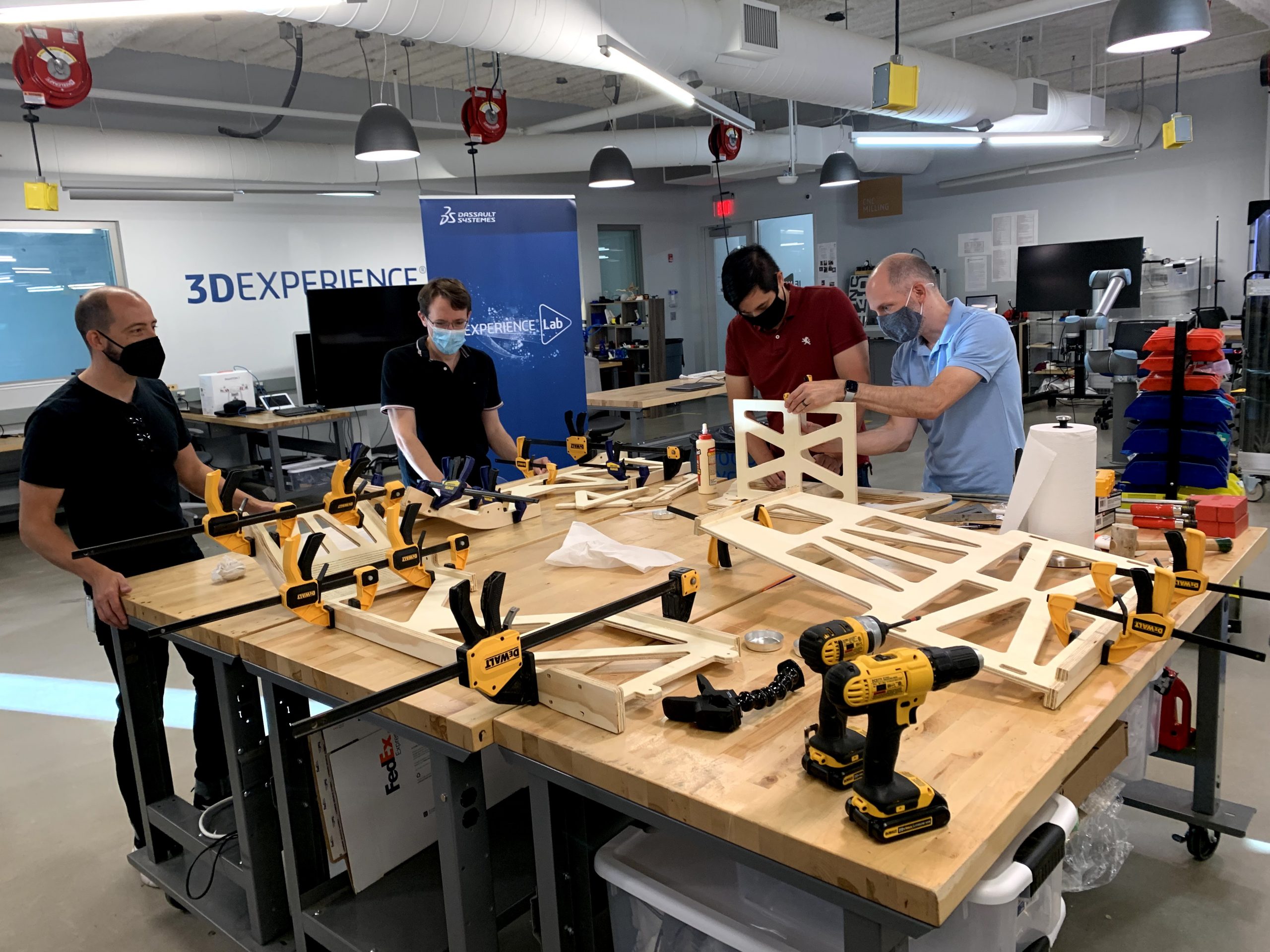 Local members of the build team putting Freyja’s frame together

Over the past few months designers, engineers, artists, and fabricators who work at SOLIDWORKS got together every Wednesday to talk about Freyja’s costume design. Using the power of the 3DEXPERIENCE platform, coworkers from Boston to Dallas to Cleveland to Seattle were able to work collaborate and design Freyja’s costume, discuss best practices, share ideas, and even demonstrate how to use certain tools.

A screenshot of the build team’s dashboard on the 3DEXPERIENCE platform, set to an old post so the costume details can be kept secret!

Every part of Freyja’s wheelchair costume was designed using Collaborative Designer for SOLIDWORKS, 3D Creator, and 3D Sculptor. Freyja’s wheelchair is similar to Ben’s wheelchair, so Sal Lama modified the wooden frame and machined it with his home CNC. You can learn more about that process in the Made in 3D community on the 3DEXPERIENCE platform. Sal also machined the foam pieces at home, and now the local team in Waltham, MA, is working hard in the 3DEXPERIENCE lab. They’re cutting, sanding, painting, and experimenting with an assortment of technological goodies to give Princess Freyja the best costume ever. 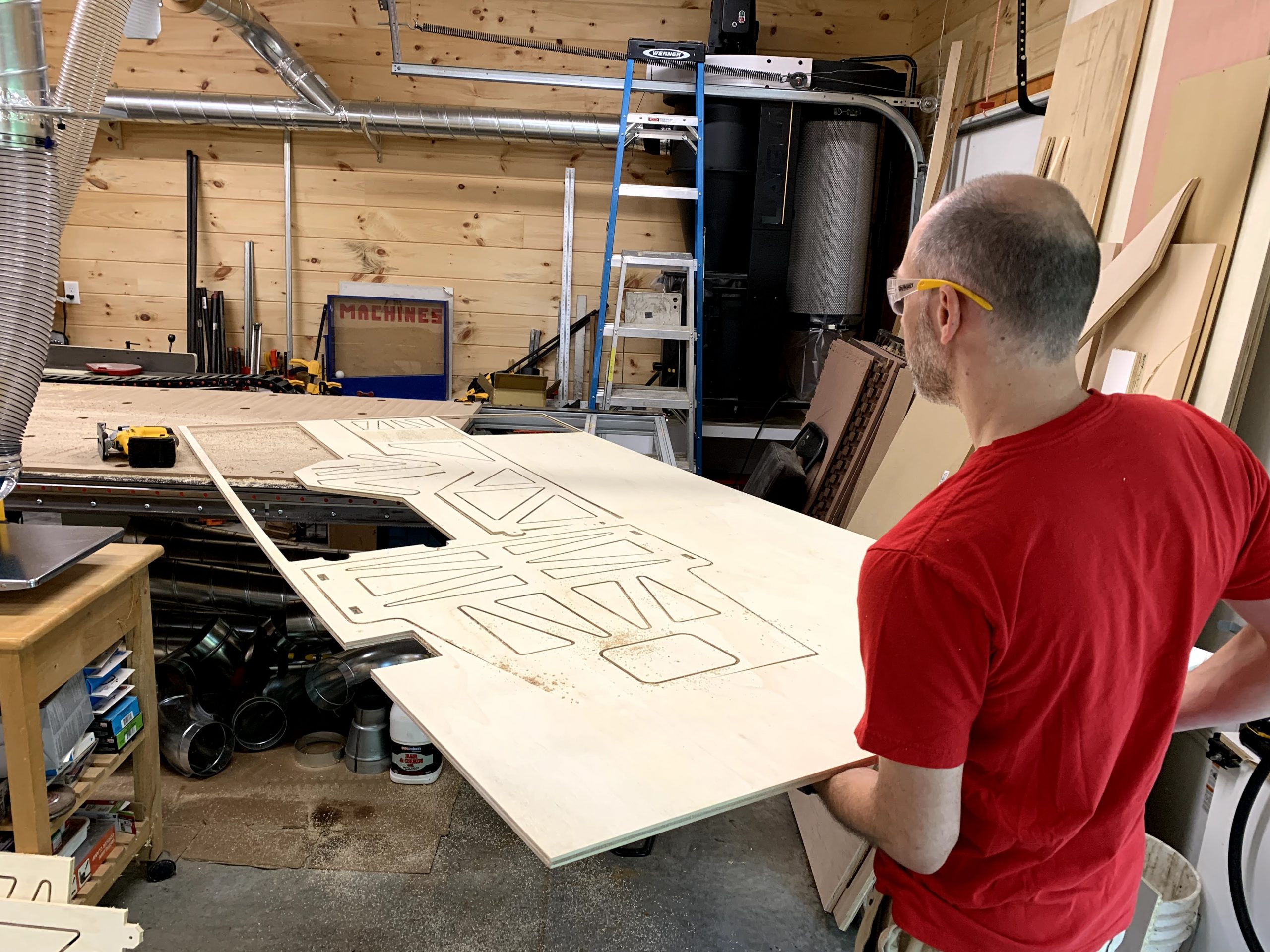 The build team visited Freyja to test the fit of the costume’s frame around her wheelchair. Freyja had a blast with the frame, doing donuts in her driveway with the frame securely attached to her chair. The team had to make some small modifications to the fit, but the edited frame was a huge success.

(The team was also at Freyja’s house to fit her for her princess dress, but that’s a blog for another day…) 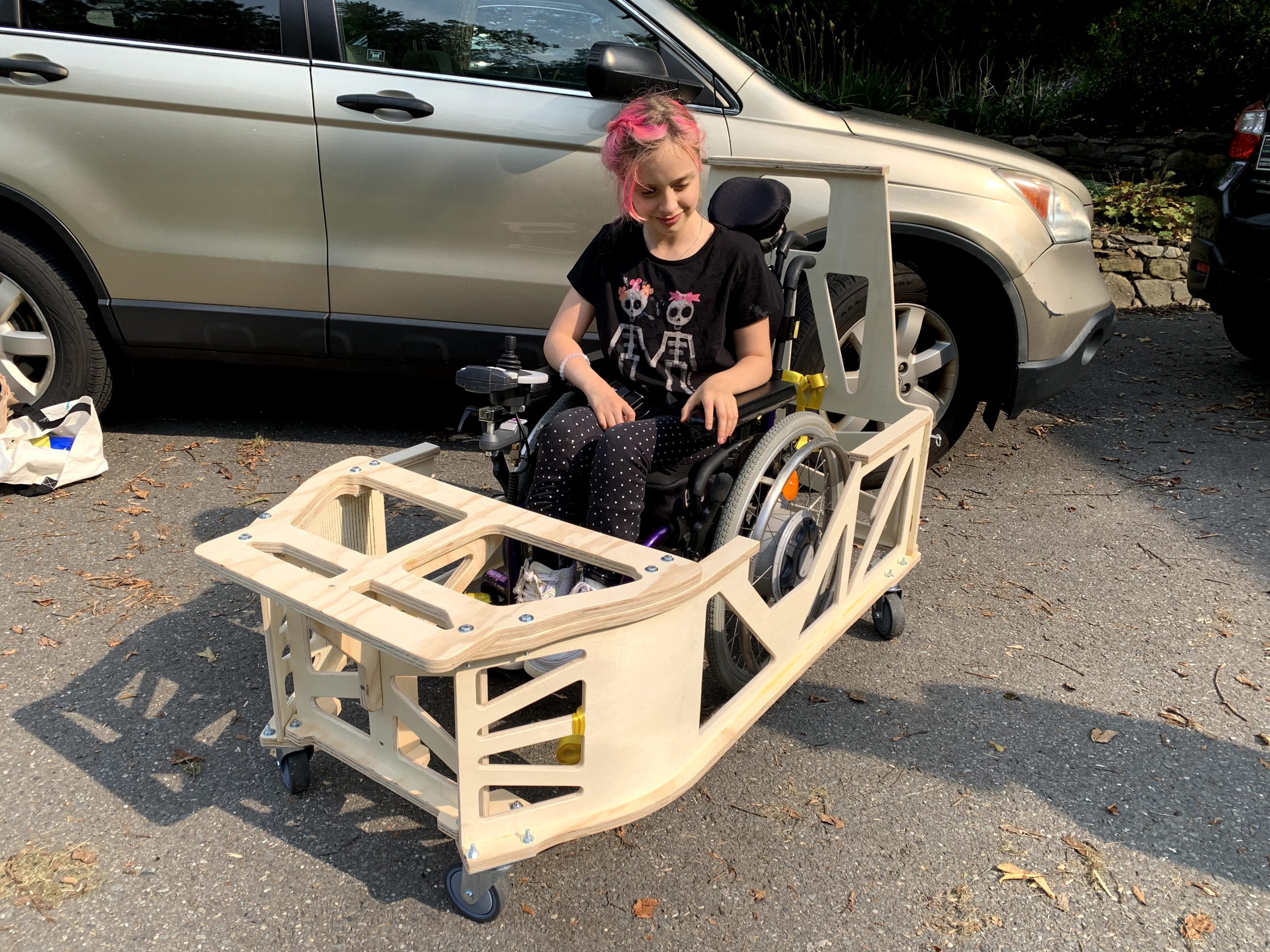 Freyja trying out the frame

Princess Freyja’s costume awaits! The team has less than a month to finish the final costume, the final dress, and the final experience for a royal reveal. There is still a lot of work to do, but the team feels confident they can deliver an incredible final product by the time October 17th rolls around. Expect more detailed blogs about the making of Freyja’s costume after that reveal, but we will share what we can in the meantime. Stay tuned to see how the SOLIDWORKS build team makes a costume fit for a princess! 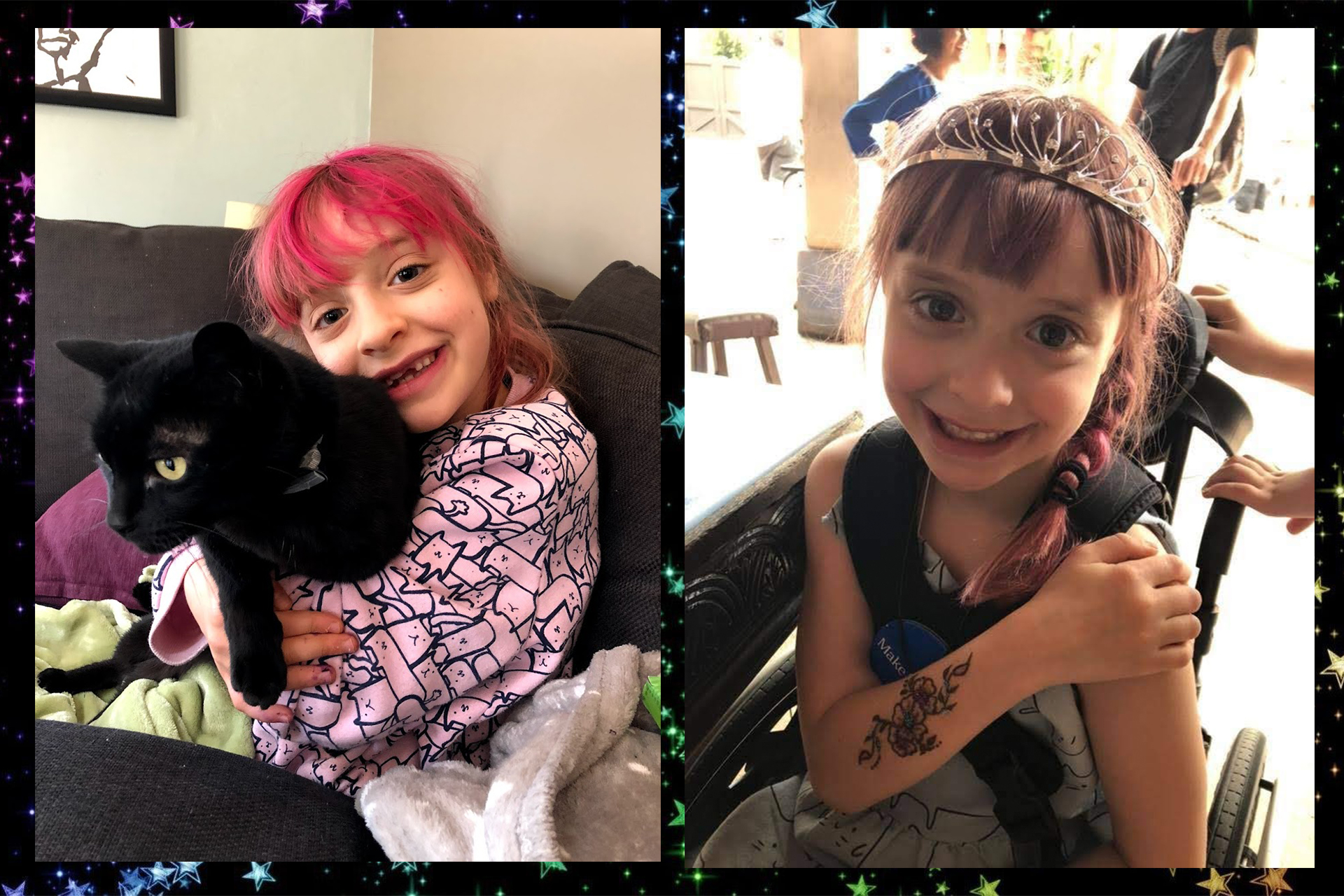 SOLIDWORKS is working hard to make Freyja the most incredible costume ever and help the non-profit Magic Wheelchair achieve its goal of providing kids in wheelchairs with epic costumes and experiences. SOLIDWORKS and the 3DEXPERIENCE Lab are funding Freyja’s costume build in its entirety, but we invite our readers to support Magic Wheelchair in Freyja’s name! If you visit her classy.org page, you can donate directly to Magic Wheelchair and help support them all the lives they touch with their great work.

Freyja is no stranger to magic—every year she has a magical time in the mountains at Double H Ranch, a camp in the Adirondacks for children with serious medical conditions. Like Magic Wheelchair, Double H Ranch promotes inclusion. Inclusion is important to Freyja and her family, and you can see how happy the camp makes her in her bright smile at the top of their webpage. We encourage you to discover Double H Ranch and donate to them as well, to help kids like Freyja experience the fun that can be had at summer camp!