One of the traits I have admired most about SOLIDWORKS, even when I was an Autodesk employee, was their very passionate customers.  Nothing illustrates this more than SWUGN, the enthusiastic SOLIDWORKS User Group Network.  Recently SWUGN celebrated an impressive milestone.

The SASPUG journey began in April of 1996 (apparently the famous User Group pizza tradition can also be traced back to SASPUG).  The user group was nameless during that first meeting and comprised of 12 customers, 12 students and one 7-year-old girl in a tutu. First judgements led most to believe this young girl was probably tagging along with her dad. Imagine everyone’s surprise when it was revealed that she had been taught SOLIDWORKS by her dad and she was the true instigator behind their attendance! Clearly the need for a SOLIDWORKS user group resonated with a very wide audience.

Eric ran the group solely until 2001 when one of his early SOLIDWORKS trainees, Michelle Pillers, jumped in to shoulder some of the responsibility.  Michelle’s contribution to the User Group community as well as SOLIDWORKS was monumental – and today there is a SWUGN Community award named in her honor.

Eric eventually stepped down and several other User Group leaders came and went along the way  – Bruce Nutter, Tony Valenzuela, Tim Ganstrom, Jeff Mirisola and Phill Melo ensured that SASPUG continued to thrive.  Seven years ago the group even split into a North and South SASPUG with Francisco Martinez leading the Southern Seattle group. 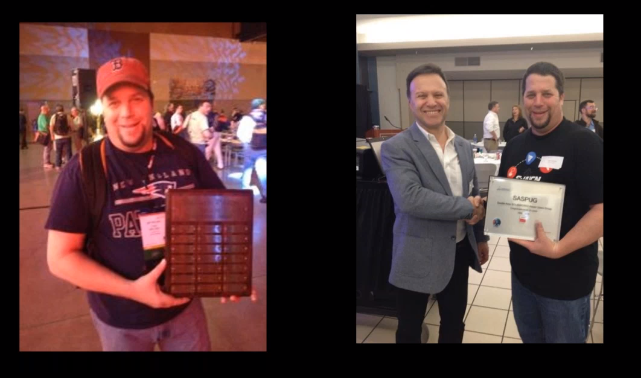 One of Eric’s most poignant memories go back to that fateful day –  Sept 11, 2001. SASPUG had a meeting scheduled that evening, but due to the monumental events of the day there was understandable hesitation in holding the meeting.  After wavering back and forth, and at the urging of many members, Eric and Michelle chose to move forward and about 75 people showed up looking for comradeship and support.

An unexpected bonus also occurred that night as DriveWORKS CEO Glen Smith, unable to return to the UK, gave the group an unforgettable impromptu demo.  The takeaway – user groups are more than just a place to get technical information, they are a place to connect, energize, and sometimes even gain solace.

SASPUG has come a long way and overcome a few obstacles in the past 25 years.  They even adapted to COVID by continuing to meet virtually with amazing results.  In fact, Eric was so impressed with the results he has vowed to always invite a virtual audience to their live SASPUG meetings moving forward. 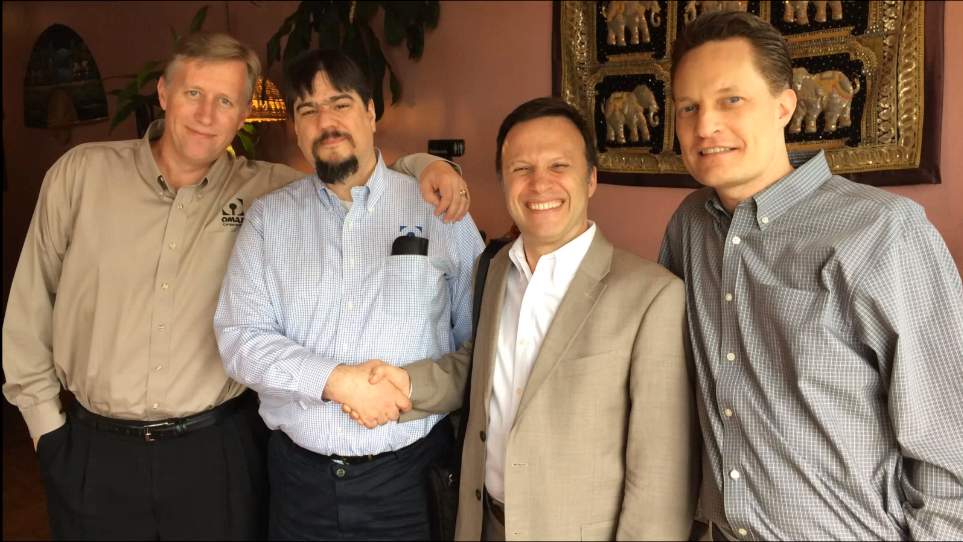 I have worked with many user groups throughout my CAD career and I can testify that keeping a user group actively running for a couple of years is no easy task, let alone for a quarter of a century! We at SOLIDWORKS commend Eric and all the SASPUG leaders over the years for their efforts – and we look forward to another 25!

In her 20+ year career as a Technology Evangelist, first for Autodesk and now at Dassault Systèmes, Lynn Allen has spoken to more than a half million professionals at events in over 50 countries. Her online presentations and videos have easily reached over five million individuals. Her passion and strength is connecting with users, helping them embrace change and shining a light on new technology. For over 20 years she wrote a column for Cadalyst magazine, and was the voice behind their popular videos –“Tips with Lynn Allen”. The author of three technology books - Lynn has over 21,000 followers on Twitter (Lynn_Allen) with over a quarter million impressions every month.