It’s not every day that you find yourself in a virtual room with a woman from Norway designing a robotic fish and a man from Smyrna, Georgia, designing an intelligent rooftop solar device to reduce energy expenditures. However, bringing such innovative and unique perspectives into one room is possible when joining startup pitch events, such as the recent virtual CleanTech Hardware Cup Competition.

After pitching to a worldwide audience as  semi-finalists in the competition, Liané Thompson, CEO of Aquaai, and Reginald Parker, PhD, MBA, and Founder of Optimal Technology Corporation, happily hopped into the virtual networking sessions within the Hardware Cup Event.

I was able to drop into a room with them to learn more about their ambitions to save the seas and end energy poverty. At the convergence of Women’s History Month and Black History Month, I am grateful to celebrate their inspiring startup stories of using SOLIDWORKS to bring their game-changing ideas to life.

Liané is at the helm of her startup, Aquaai, as founder and CEO. Liane and her inventor roboticist partner, Simeon Pieterkosky, founded Aquaai to fight the climate crisis. The idea spawned from their daughter Emily after she learned about the current state of the oceans at school and asked her dad to “Save the Seas.”

Simeon knew information was key to make the most impact to help protect the ecosystem. However, he discovered there were no systems that could access underwater data affordably. Existing autonomous underwater vehicles (AUVs) used for data harnessing were too expensive for the majority of the “Blue Economy” aiming to operate ocean-friendly businesses. 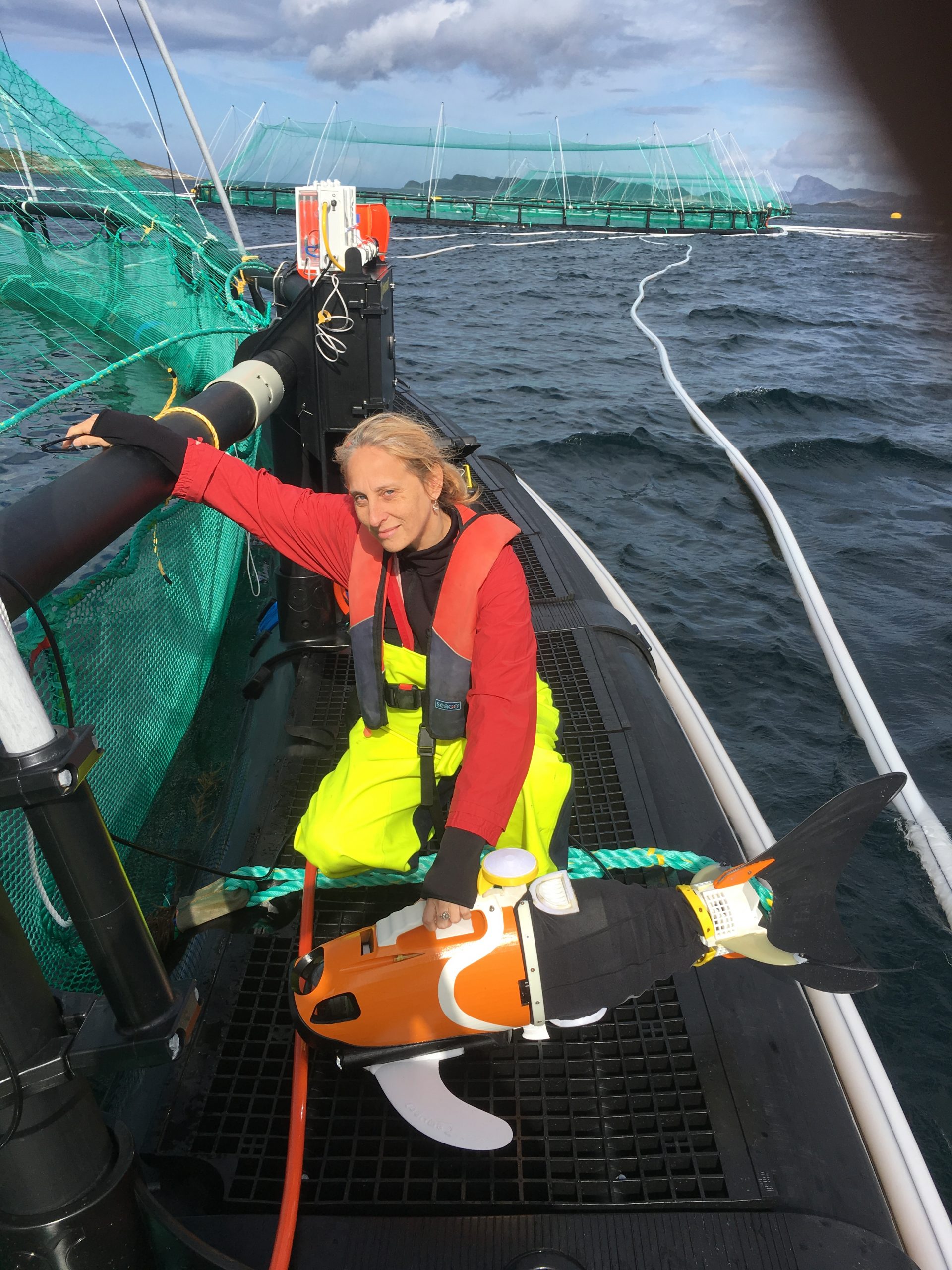 Immediately, Simeon went to work designing and 3D printing a bio-inspired robotic fish platform – loaded with cameras and sensors – that could harness data for all Blue Economy industries seeking inexpensive tools to grow their businesses more sustainably. Raw environmental data is delivered to the Aquaai web dashboard and accessed by customers, allowing for smart, environmentally friendly decisions that protect oceans and freshwater ways.

The fishlike platform Nammu, named after Goddess of the Sea, can swim in rivers or oceans, around coral or debris during floods, along coasts and dams, around ships in ports and even inside fish cages on sustainable fish farms.

Aquaai originated in California, and has recently opened in Norway to better service Nordic customers including Nofima, a top research institute, and Kvarøy Arctic, that both supply tasty, sustainably farmed salmon to Whole Foods and Michelin Chefs. Simeon is Aquaai’s chief visionary officer and product designer overseeing all things technical; he and his team are incredibly excited about using SOLIDWORKS in their designs.

Reginald is the founder of Optimal, an award-winning, African American-owned CleanTech company that is seeking to lower the cost of electricity for commercial building owners by 50 percent by using better energy and by using energy better. 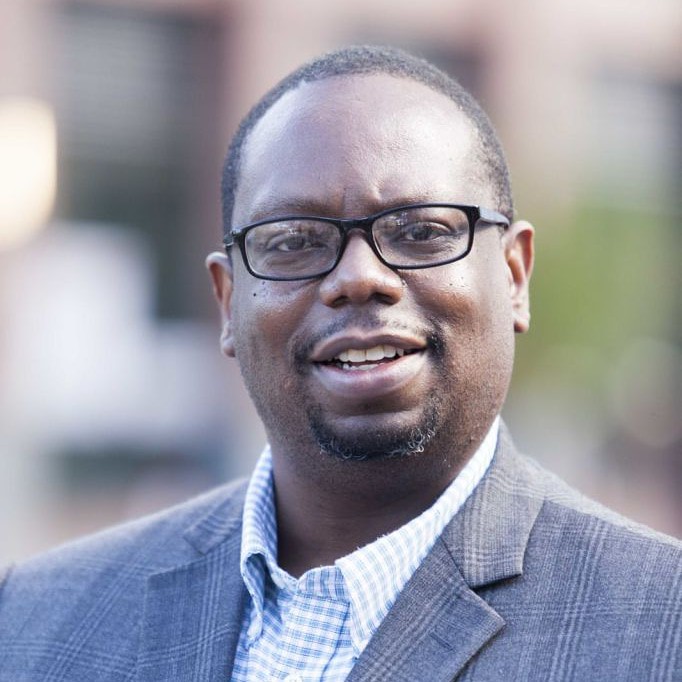 Optimal provides state-of-the-art facility management as a service at 5 percent of the cost of a facility manager on staff. To do this, they use advanced analytics, IoT devices, and high-efficiency energy tech through its curated marketplace. For every 1000 systems deployed, they estimate Optimal solutions will save 850 jobs and 6,800 tons of CO2 annually.

Optimal uses SOLIDWORKS to help design its turnkey high-efficiency solar solution, known as VIA™, a technology that was made possible by designing and simulating performance using SOLIDWORKS. Founder Dr. Reginald Parker helped to develop the software and hardware technologies that fuel Optimal.

Liané and Reginald’s paths crossed before they participated in the CleanTech Hardware Cup, which granted them both access to SOLIDWORKS and 3DEXPERIENCE tools and resources. “I appreciate everyone at the Hardware Cup 2021 for putting together the competition and concentrating on Cleantech. Winning one year of SOLIDWORKS and the time spent networking at Hardware Cup 2021 with Jillian Friot at SOLIDWORKS really made our day. I call it a win for Cleantech,” said Reginald.

SOLIDWORKS is proud to offer access to tools and resources for the semi-finalists of the Hardware Cup Competition as part of the 3DEXPERIENCE WORKS for Startups Program.

Thousands of the world’s most innovative startups designing physical products, like Liané and Reginald, apply each year to participate in AlphaLab Gear’s Hardware Cup Competition for the chance to win at $50,000 prize. Although, as Reginald expressed, the real prize often comes from expanding networks with others who can provide insights that can help your startup go from idea to production.

This year, the competition was held during 3DEXPERIENCE World 2021 as fostering CleanTech startups align with Dassault Systeme’s sustainable innovation goals.

AlphaLab Gear, the hardware-specialized startup Accelerator that hosts this prestigious Pitch Competition each year, is part of the Global Accelerator Network (GAN). GAN creates opportunities for startups all around the world to the access the human and financial capital they need. There is an abundance of resources to support hardware startups in the 3DEXPERIENCE WORKS for Startups Program, which provides access to SOLIDWORKS and 3DEXPERIENCE tools.

Jillian Friot is the Program Manager for the Global Startup Program at SOLIDWORKS. With a passion for startups, Jillian is grateful to support over 6,500 hardware-focused startups, and 500 accelerators and incubators across the world. Jillian fosters and nurtures a global startup ecosystem to help founders go from initial product design to launch through partnerships between founders/teams, accelerator programs, and corporations.