I think it’s fair to say that many of us who’ve lived in or around the world of design, engineering, and/or manufacturing have a particular fascination with industrial robots. There’s something about their ability to reliably perform repetitive operations (like moving objects, welding things – whatever it’s designed to do, really) that feels magical. 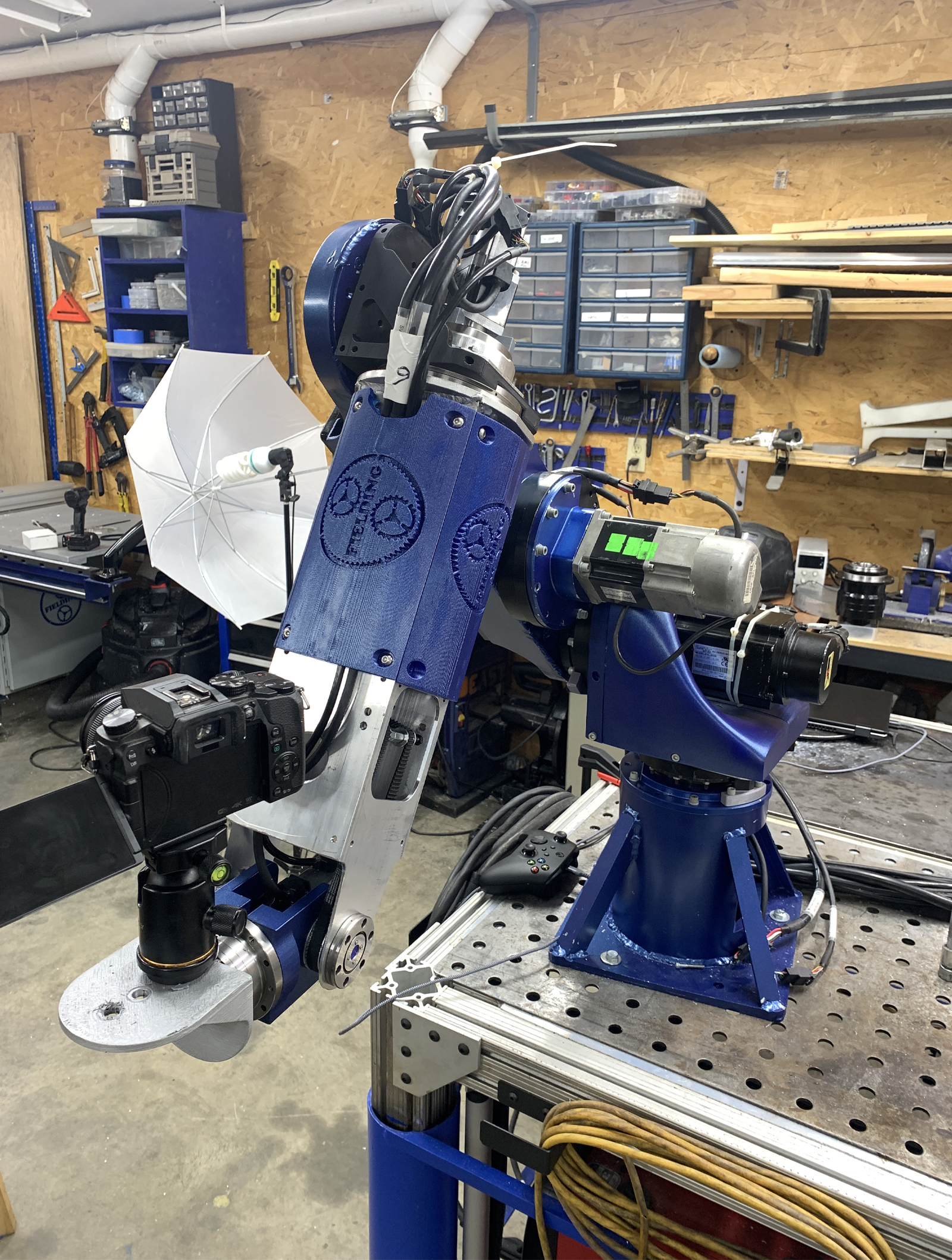 If you’re reading this right now, you might even design these robots yourself. As someone who’s long held an affinity for organic, non-uniform surfaces, I’ve always loved looking at the shapes of these robots as well. For something so potentially rigid in its range of tasks and operations, there’s something beautiful about the sometimes swoopy nature of their envelopes.

You’ll find large industrial robots in many different types of factories, made to perform a variety of different actions. I’m not sure about you, but I wouldn’t be able to fit most of these anywhere near my house – regardless of how cool I think they are, or how much I like looking at them.

So, what’s a maker to do if they want an industrial-style robot in their home workshop? If you were to ask Jeremy Fielding, he’d tell you: just make your own smaller-sized version from scratch. Of course, right?

Me, personally? I’ll stick to writing about it for now. But I’d submit that one of the coolest things about the project embedded above is that Jeremy’s using a mixture of industry design tools – SOLIDWORKS 3D CAD (like a lot of you, I’m sure) and 3D Sculptor together – in order to get the fit, function, and finesse (3D Sculptor’s job here) right for the build. 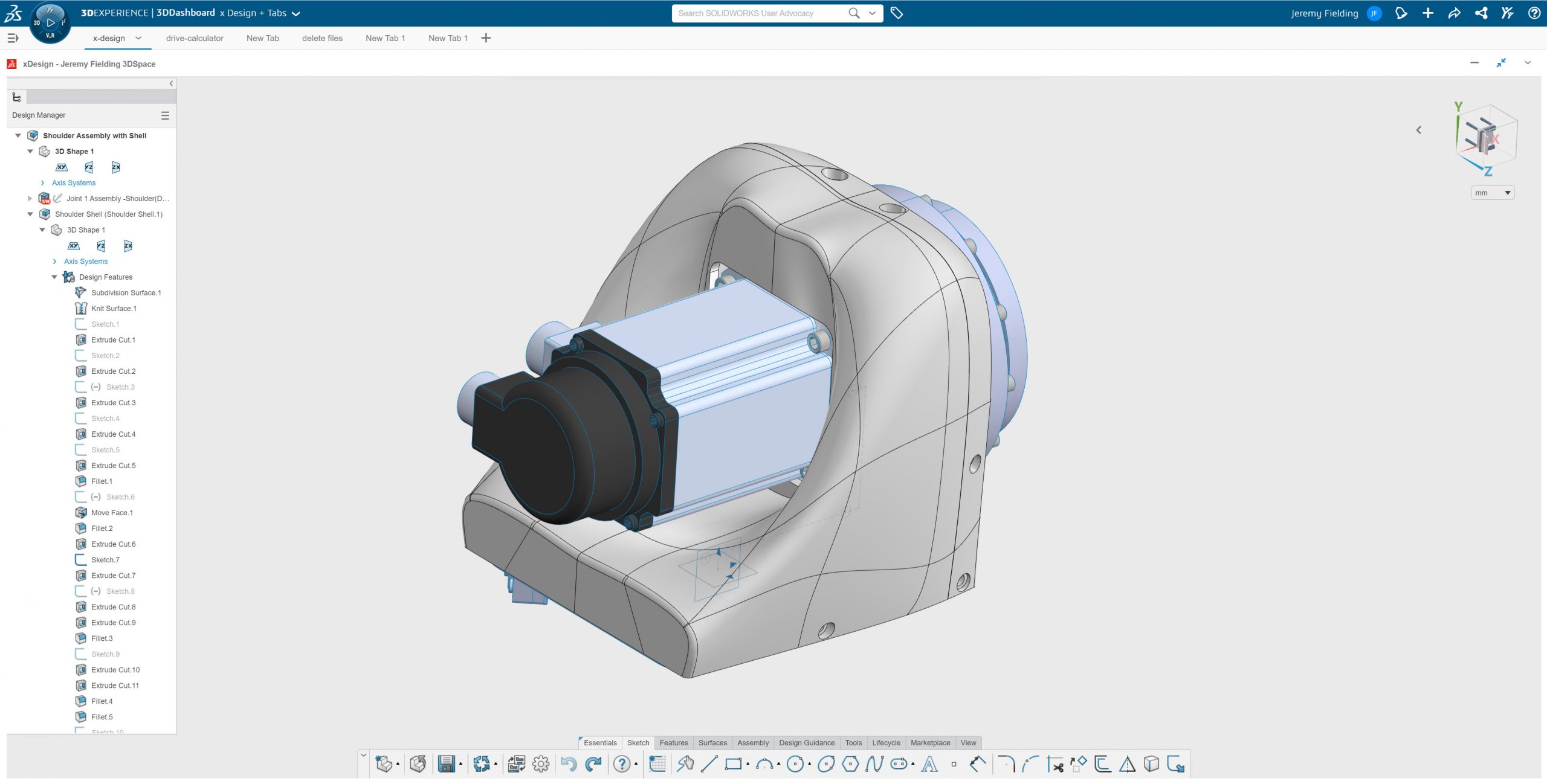 There are lots of questions Jeremy considered for this build. For starters:

Choosing to do a robot build is interesting for several reasons. You combine mechanical concepts, motors, electrical work, programming, and more – a true multidisciplinary project. Being an articulated robot, Jeremy’s build has multiple pivot points to provide function and increased degrees of freedom. 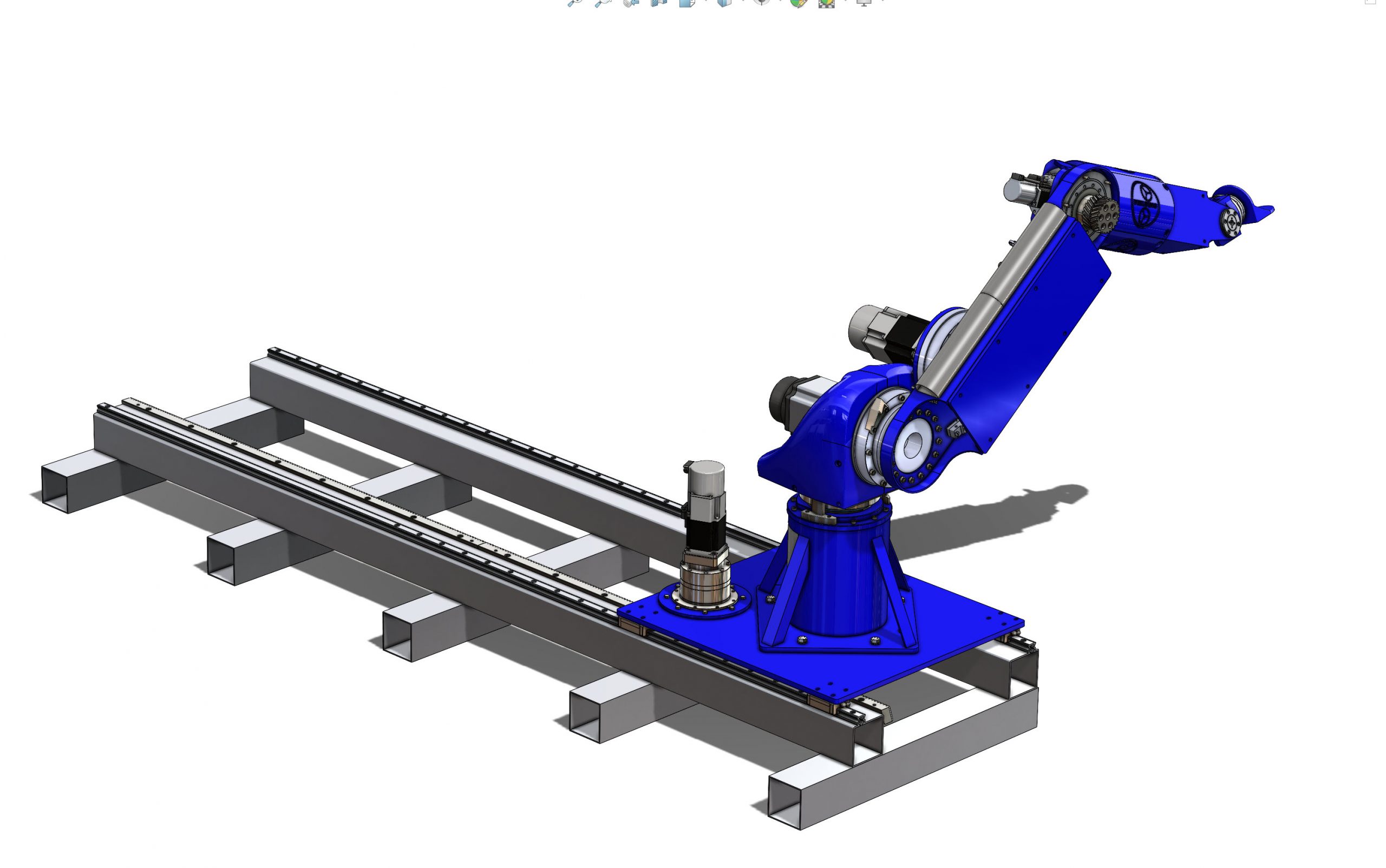 You’ll see in the video: Jeremy mentions this robot should reasonably be able to carry/pivot around a 30 lb. load or so. There’s a crash course he provides on force loads things like articulating robots must reckon with, which may seem unobvious to people who don’t work with industrial machinery often. Which is to say: the force equation (F = m * a) comes into play big time, especially when considering how quickly you’d wish for your robot to swing its load from point 1 to point 2.

Right now, there’s a DSLR camera mounted to the partially finished robot, which consists of both machined and 3D printed parts. One of the 3D printed parts is a sleek angle iron plate, located close to the base of the robot.

“This was my first attempt at making a really curvy shape like this,” Jeremy tells his audience. “There are almost no flat surfaces on this part. That would be extremely difficult to model in SOLIDWORKS 3D CAD – at least for me, as I’m not much of a surface modeler. So, I tried out xShape [included in 3D Sculptor] for this.” 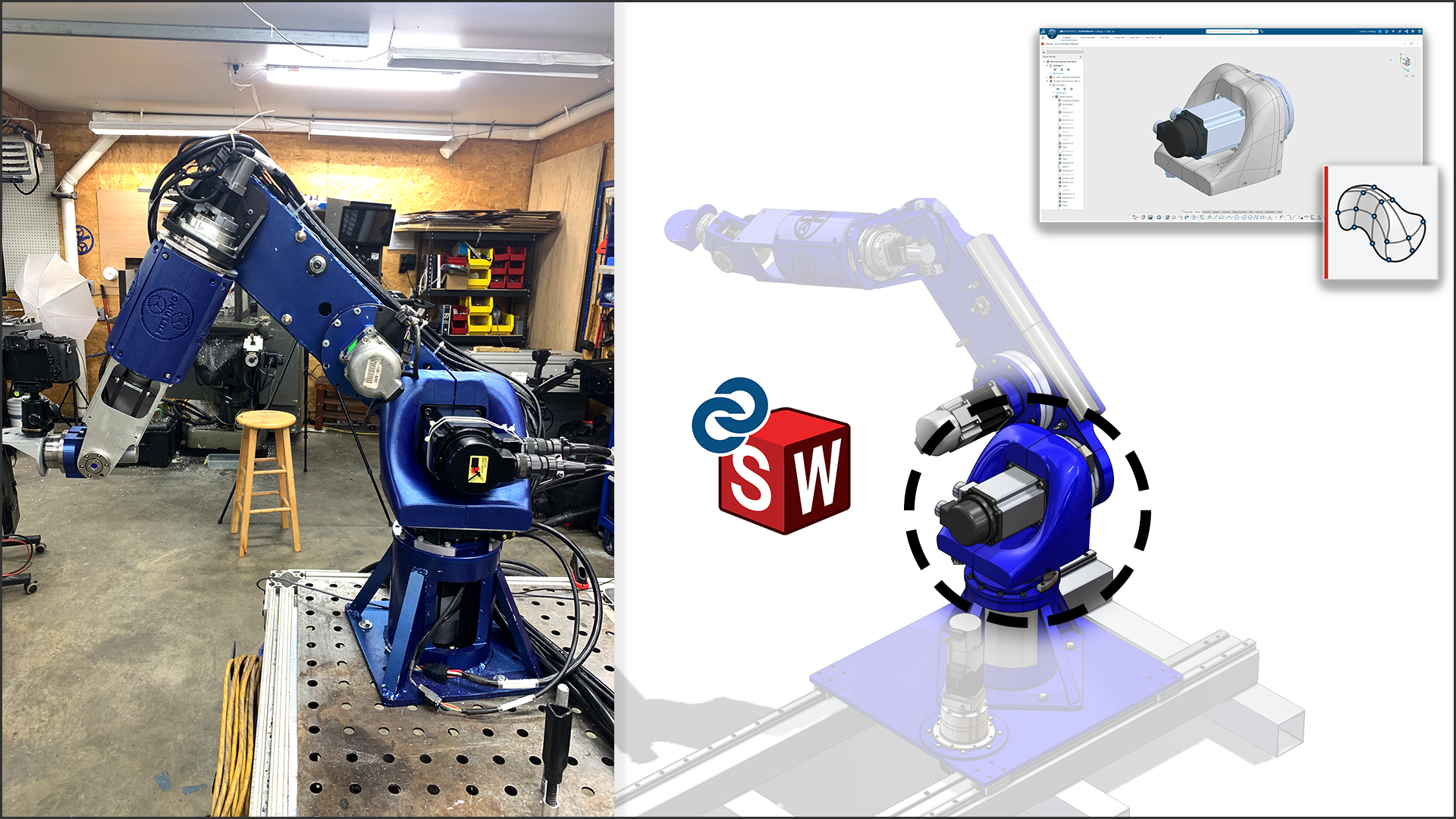 Jeremy’s example here proves you can use 3D Sculptor with other ‘xApp’ roles (such as 3D Creator, containing xDesign) or with SOLIDWORKS 3D CAD, via the 3DEXPERIENCE add-in (which comes with 3D Creator and/or 3D Sculptor today to provide ready-made modeling flexibility for desktop users).

In this introductory video of sorts (Jeremy has many more hours of footage and lessons to impart on this project!), Jeremy also reminds us of a super exciting launch coming our way later this year – first revealed by SOLIDWORKS CEO Gian Paolo Bassi at 3DEXPERIENCE World 2021. That is: just like Jeremy can use the combined powers of 3D modelers like SOLIDWORKS, 3D Sculptor, etc. for maker projects in his shop, you’ll be able to do the same very soon at an ultra-affordable price with the forthcoming release of 3DEXPERIENCE SOLIDWORKS for Makers!

If you’d like to learn more about this offer, you can sign up for the mailing list here. This will ensure you receive product updates, including news of its release which is scheduled for later this year!