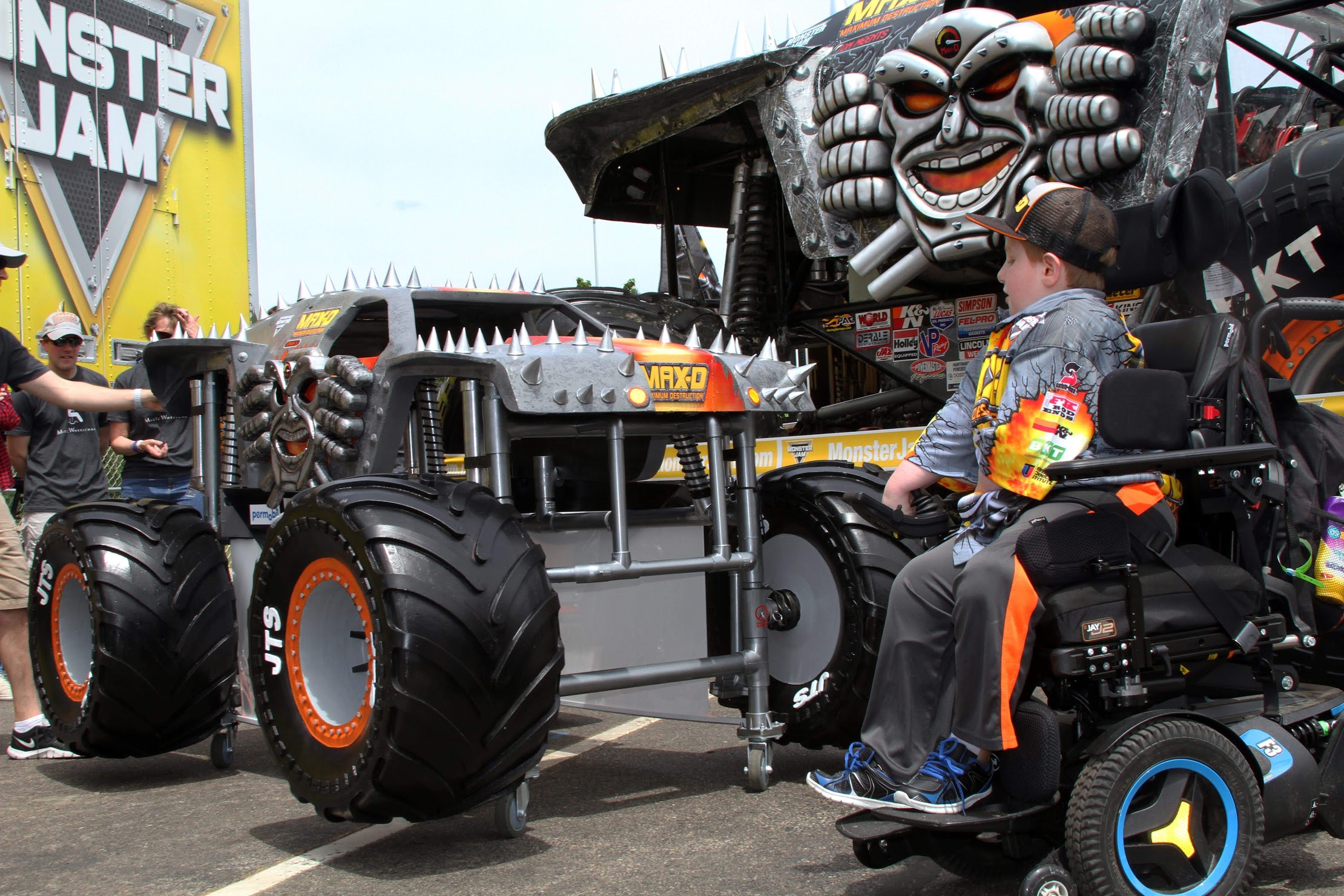 Sunday or Monday—which is the best day to arrive at 3DEXPERIENCE World? If you want to experience something truly magical, we suggest Sunday, February 9, so you can join SOLIDWORKS and Magic Wheelchair in making real magic happen.

What happens when you mix magic and science? You get incredible organizations like Magic Wheelchair, a non-profit that builds costumes for children in wheelchairs. But these aren’t your average store-bought costumes. Teams of enthusiastic makers volunteer to build epic creations and reveal them to kiddo’s and their families, gifting them with not just a costume but also an amazing day and memories that will last forever. 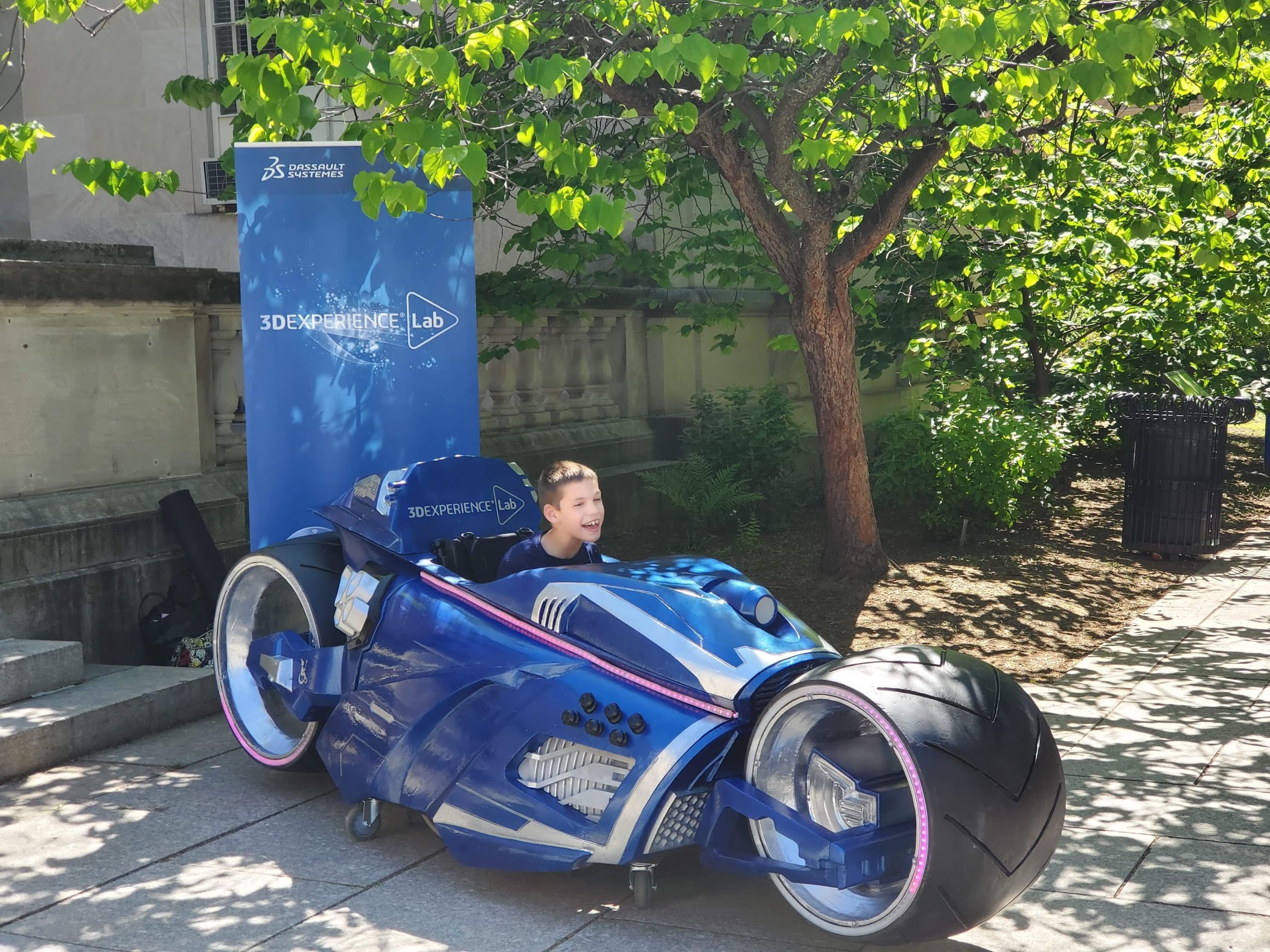 Memories from 3DEXPERIENCE World will also last forever, and attendees have the chance to be part of the magic. For two years, a group of volunteers at SOLIDWORKS has been working with Magic Wheelchair. The SOLIDWORKS build team has built and revealed two amazing costumes for two amazing kiddos: Jonah’s radical mini-Max-D monster truck, and Ben’s fantastic and futuristic motorcycle. Now the SOLIDWORKS team and Magic Wheelchair have come together to bring you the reveal of two more epic costumes at the first ever 3DEXPERIENCE World.

This year at 3DEXPERIENCE World, there will be a double reveal of two costumes designed and built by SOLIDWORKS customers  for two awesome kiddos in Nashville! Christian Bagg and Will Gill from Bowhead Corporation, Luke Daley and Karen Daley from JJ Industries, Jonny Harrison from Kessel Run Creations, and prop builder and SOLIDWORKS power user Kirby Downey are working on a Star Wars themed build for a great kiddo named Jacob. And a lovely kiddo named Trinity will be receiving a Beauty and the Beast themed costume built by Matt Long from Mad Scientist Workshop and Sean Fields from Project 842. No spoilers for what they look like, but these costumes are going to be beyond epic.

The costumes will be revealed on Sunday, February 9, at the Welcome Reception event, starting at 5:30PM in the 3DEXPERIENCE Playground. The build teams are not giving out any information about what their costumes are so they can surprise the kiddos and their families, but here’s a taste of what one of our teams built for another child last year… 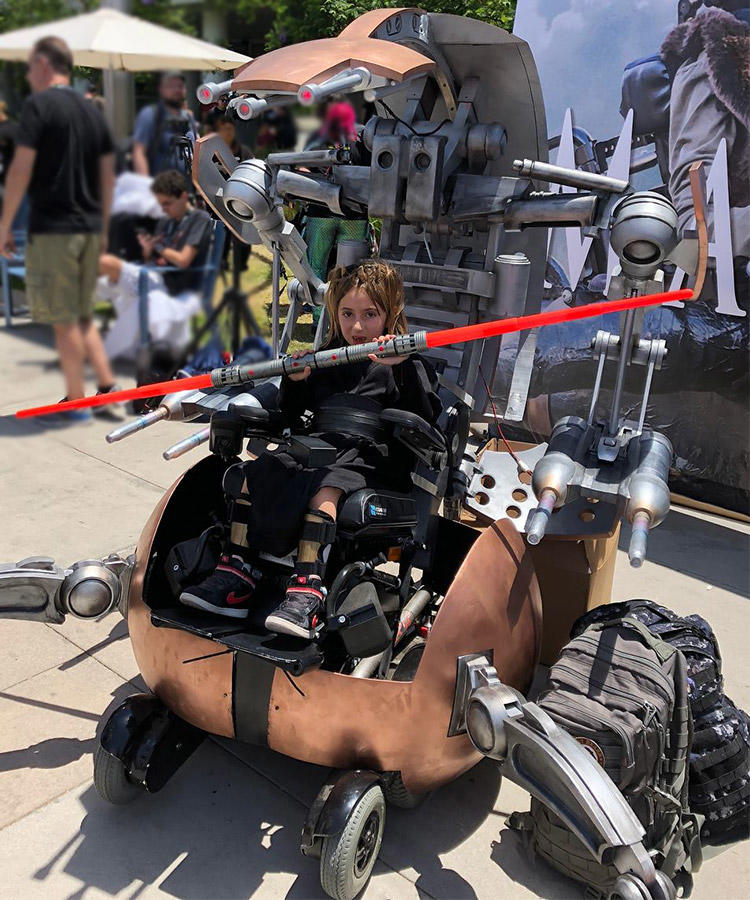 If you’re still planning your trip to 3DEXPERIENCE World, make sure you come in time for the Magic Wheelchair reveal on Sunday. You won’t want to miss this year’s welcome reception and the chance to be part of this emotional and exhilarating event! Register for 3DEXPERIENCE World today!

Sara Zuckerman is a freelance writer currently working for SOLIDWORKS Education. She has a B.A. in Writing, Literature, and Publishing from Emerson College and recently earned a Certificate in Web Development from MassBay Community College. Sara is excited about utilizing this blog to combine her two passions, writing and technology.