In 1924 in the French commune of Chamonix, the first winter games took place. Flash forward to today and the technology involved in the winter games has moved on spectacularly. Here’s a rundown of the some of the innovations that will be on show at the 2018 games.

A techy take on the torch relay

The torch relay is an enduring pre-games tradition. For the first time ever, the torch relay for the upcoming Pyeongchang games featured not one, but two humanoid robots. The first, HUBO, carried the torch before cutting through a brick wall and handing the torch to its inventor – Professor Jun-Ho Oh. The professor then handed the torch over to South Korea’s latest robotic innovation FX-2: an eight-foot-tall human-controlled walker, complete with articulated hands. 85 HUBO robots will be used at the games for security, cleaning and information services.

5G connectivity will be unveiled for the first time ever at winter games venues, compliments of Intel. For spectators, it will make Pyeongchang the most immersive games ever, with 5G-powered experiences including 360-degree video streaming, virtual reality and augmented reality.

For example, viewers will be able to “go inside” the skating rink, creating their own version of the bullet-time technology popularised by The Matrix. Producing this ability to zoom in and rotate live footage of the athletes, requires servers that pull images from a hundred cameras hung around the rink, reconstituting them in real-time, to create customised views. Viewers will also be able to track the progress of skiers as they race down courses and enjoy live cockpit-views in bobsleigh events. For most events, viewers will be able to choose their own camera angles and control their own replays of footage. Exciting stuff for sports lovers.

But it’s not just spectators who benefit. Athletes too can capture huge amounts of data that can be used to zero in on – and improve – their performance.

Getting to the games in bullet-fast time…

Broadcasting innovations are one thing. But spectators still need an efficient way to actually get to the site of the winter games in Pyeongchang. Good news there too. Back in November, the South Korean government trumpeted the completion of a £2.7 billion rail line for bullet trains, running from the capital Seoul to Pyeongchang. The 300kph trains can complete the journey in 69 minutes, which is way preferable to three hours in the car. 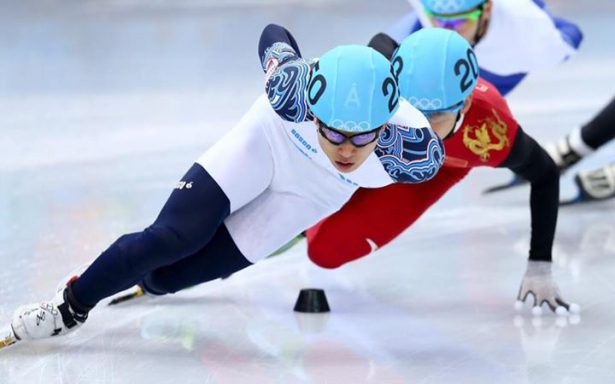 Speed skating is a discipline where milliseconds count. Athletes are constantly striving for new ways to shave priceless fractions of a second off their times. Here to help is Samsung’s SmartSuit.

The South Korean technology giant has created a suit that’s bristling with sensors that capture an array of data on body position. This data is then fed in real-time to coaches, who can suggest posture improvements to athletes using buzz signals to a band on the athletes’ wrist. The Dutch speedskating team has been using the Samsung SmartSuit in training, though the technology will not be allowed during actual competition at the winter games.

Hurtling down a mountain at speeds nearing 90mph can be incredibly dangerous. Here to provide invaluable protection against the unexpected is Dainese – a name that any motorcycling enthusiast will likely be familiar with. Dainese manufacture vests equipped with sensors that can detect when an athlete is losing control and is about to crash. When it senses danger, the vest inflates to protect the athlete from serious injury. That’s exactly what happened to Austrian downhill champion Matthias Mayer when he crashed at high speed in 2015, suffering just a fractured vertebra. 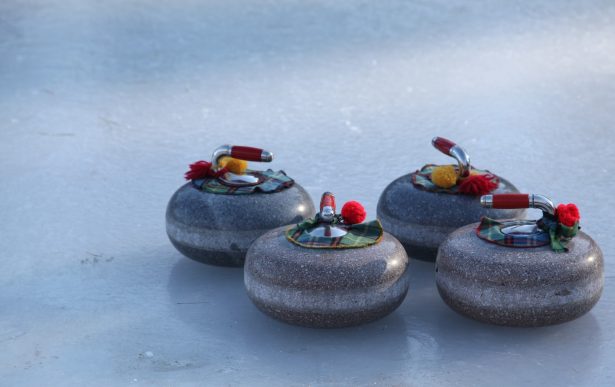 Curling may not be every sports fan’s cup of cocoa, but it does demand two things: exceptional accuracy and the ability to control a long, graceful slide along the ice. Curling equipment pioneer BalancePlus reckon they can help athletes master the latter. Now, regular curling shoes are smooth-soled and flat. But, after taking inspiration from the underside of the curling stone, BalancePlus has created a shoe that has circular recesses carved into the sole. This reduces the surface area in contact with the ice and makes it easier for athletes to slide further.

The world’s best ice rinks are designed in SOLIDWORKS

Designing a shoe is one thing. Designing and manufacturing an entire ice rink is quite another. Just ask Finnish company ICEPRO, who use SOLIDWORKS to help perfect the design of the world’s most modern ice rinks, arenas and ice rink equipment. ICEPRO has supplied both rinks for the winter games in Pyeongchang. So when you see those athletes sliding gracefully across the ice, just remember: it all started in SOLIDWORKS.

In the 2014 winter games in Sochi, USA scooped bronze in the four-man bobsleigh event. Their bobsled – Night Train 2 – was designed, tweaked and tested in SOLIDWORKS and also won four out of eight world cup races in the 2013-2014 season. You can read the success story, which includes details of how SOLIDWORKS helped the team come back from a potentially season-ending crash, here.