In 2011 a passion I had in my 20s resurfaced when I decided to purchase a new watch.  Twenty years ago it was department store watches, whereas now I was looking for a more refined timepiece. As I researched what kind of watch I wanted, I quickly became entrenched into learning everything I could through watch blogs and forums, sources of information that were very limited or didn’t exist 20 years ago.  What started as one piece quickly became 30 to 40 over four years as I purchased, sold and traded all kinds of watches.

As I studied the finer aspects of the horological world, I found myself sketching out ideas of watch designs I’d like to make, but without giving serious thought into actually making one.  In early 2013, I came across a video detailing how Franck Muller used SOLIDWORKS to design their watches and the gears in my mind began to turn. I was familiar with SOLIDWORKS as the company I worked for used it to design electrical equipment.  The seed was planted, however, who was I kidding? I wasn’t an engineer and nor did I even know how to use CAD. 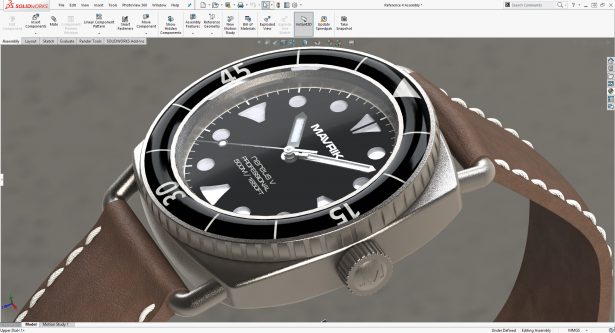 Fast forward to the end of 2013 when I had an opportunity to work for TriMech, a local reseller of SOLIDWORKS in the Mid Atlantic. Over the next one and a half years I was exposed to all kinds of companies who leveraged SOLIDWORKS to design and manufacture all kinds of amazing products. In time, I envisioned myself using SOLIDWORKS as well. In the spring of 2015 SOLIDWORKS was offering free access to training videos on the MySolidWorks portal and even included a coupon to take the Certified SOLIDWORKS Associate (CSWA) Exam. I purchased SOLIDWORKS Professional, took the training classes and passed the exam.

For the next 10 months I delved deep into the world of designing my first watch. I started by taking apart numerous watches to better understand the basics of their construction. I sketched and began to model our first watch based on a technical specification I wrote as well as vintage inspiration watches. As the design progressed I posted over a hundred renderings created in Photoview 360 on Facebook, Instagram and forums. Watch enthusiasts offered up their thoughts and it became a true collaboration between potential buyer and seller – aka crowd-designed. Multiple versions of the watch were 3D printed to ensure the fit and feel on the wrist was perfect. Suppliers were contacted, evaluated and prototypes ordered. Prototype testing ensured we met the technical requirements of the watch including a robust 500M /1,650-Foot water resistance, which leads us to today. 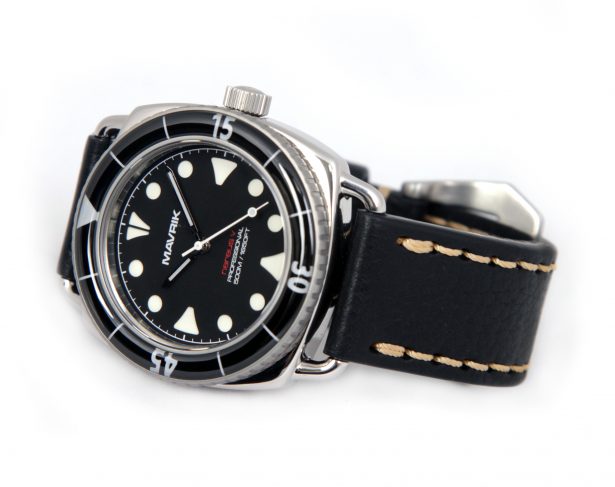 The leap of faith I took in early 2015 has resulted in the launch of Mavrik Watch Company’s first in-house designed watch – Nereus V. A classically styled dive watch fused with modern-day materials including titanium, bronze CuSn8 and sapphire. We are proud to announce that the Nereus V Kickstarter campaign officially launched on Tuesday. We invite you to come and take a look! Watch the video on the Nereus V on the Kickstarter campaign page. 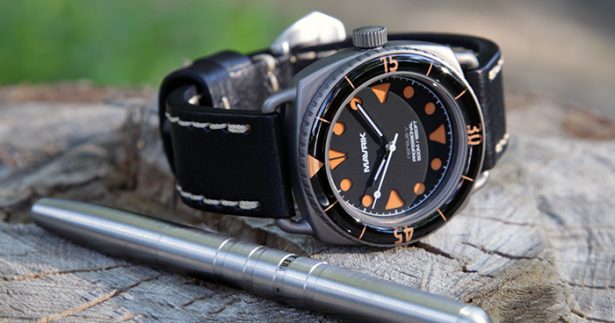 During the course of starting Mavrik Watch Company I decided on the tagline, “Be Yourself. Be a Mavrik.” The word Mavrik (Maverick) is defined as an independent-minded, unique and often unorthodox individual. We see the word as a self-defining principle that no matter who you are or what you do be the best damn version of yourself that you can be. If you have a crazy unorthodox dream of say… making a watch (or something along those lines), I’d encourage you to go for it, use SOLIDWORKS and “Be a Mavrik!”

Evan Owen is the found of Mavrik Watch Company.