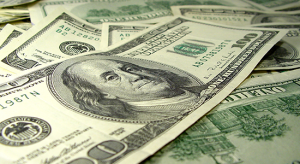 I have been in the manufacturing business for more than 18 years.  When I first started, I was working in accounting and then moved over to operations.  It was all about dollars and cents and what we could improve to be more profitable.  The plant manager was a great teacher and focused on continuous improvement.  He would have us look at the root cause of an issue and tell us to “fix it or else.”  We all knew that “or else” meant having a job the next day or not so we took this suggestion seriously.

First, we started to look at our plant utilization based on the production reports that were being entered into our ERP system.  We started to review our downtime reports to track what truly was keeping our machines from running.  We found that setups were not being started when they were supposed to due to a lack of labor and machines were sitting idle due to a lack of material or machine operators.

Next, we started to evaluate why we didn’t have enough labor for machine setups.  One reason found was that the scheduler was scheduling multiple jobs to be setup at the same time.  We started to look at minimizing the number of setups within a shift.  We decided to put two people on a setup which allowed the setup to take half the time that it would normally take.  So far, so good.  But soon reality showed that there were times we truly did need additional setup technicians due to the demand coming in from the customers.  After reviewing the cost of the machine sitting down due to setups, we found that it was costing us more than hiring a new setup/process technician.  So we hired a couple of setup technicians to keep our shop running.

Our next step was to look at why we didn’t have operators to run the jobs. We established that there had been a cut back in the number of operators per shift because of the previously mentioned setup issues coupled with wanting to eliminate having operators being paid to just sit around.  Since we fixed the setup issues, we could better utilize our labor capacity reports to determine how many operators we needed for each shift.  While we still maintained a minimal direct labor force, we also hired temporary employees as needed for certain machines/jobs to backfill labor where it was truly needed.

Lastly, we tackled the issue of raw material.  We found that the machine monitoring system was accounting for cycles that the production report but our actual people were not.  This was an eye-opening gap in material consumption and inventory management that would not have been identified without our ERP software.  It was discovered that during the setup of certain jobs, more scrap was being produced than what was originally accounted for in the creation of BOM’s.  There were two things we reviewed: how to cut back on the scrap being produced and should we update the BOM’s to more accurately reflect the setup process.  Depending on the part being produced we modified our records accordingly and the gains were significant.

To see the changes we had made using the information from the system was great.  I still use this information today when assisting other companies with their internal issues.

To view another success utilization story, we invite you to read about Donnelly Custom Manufacturing.

Diane Ramaglia, IQMS Technical Sales Specialist, has more than 20 years of manufacturing, accounting and IT experience, including holding positions in bookkeeping, assistant controller, materials management, operations and project management at industry-recognized manufacturing facilities across the country.