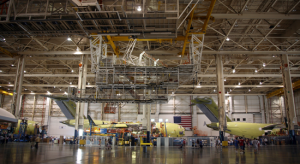 Recently, the business association and accelerator, Automation Alley, hosted an aerospace and defense industry briefing to discuss 2015 commercial and defense global market opportunities and trends for manufacturers in the United States. Michigan state and local economic development agencies met with suppliers and manufacturers to review trends, both nationally and across the world, in the A&D industry.

Out of the briefing came three large movements that point to sustained aerospace and defense demand and growth for American suppliers and manufacturers:

Trend No. 1: The commercial airline order backlog for planes of all sizes is at a historic high. Globally, aging fleets in China and India, as well as a growing demand for smaller planes in Africa, are driving an increase in orders. Additionally, both national and international fleets are aging and require MRO service and repair parts.

This increase demand is positive news for American manufacturers, because while quality parts often exist outside the United States, companies and the government are more likely to readily accept parts that have received the FAA “parts manufacturer approval” (PMA) stamp. It is our FAA quality and safety standards that are keeping the demand for parts for both new and old planes very high.

Trend No. 2: Defense spending worldwide is projected to continue steady growth. For example, defense spending by countries in the Gulf Cooperation Council (GCC) is strong and growing, as evidenced by the size of the upcoming Dubai Airshow in November.  And despite reductions in some United States federal defense programs, our Department of Defense is demonstrating a continued investment in new land, sea and air systems.

Additionally, unmanned aerial vehicle (UAV) programs for the United States and other countries is growing significantly to support surveillance efforts. Whether it is a small or very large platform, these UAV programs are being utilized to control poaching in Africa, Asia and South America (to limit funding of narcotics/terrorist organizations), border and military patrols, weapons strikes and even civilian/commercial use for mapping and future delivery systems.

Trend No. 3: Large OEMs, both commercial and defense, are consolidating their supply bases for aerospace, land and sea vehicles. The movement is toward supply chains based around several large systems prime contractors (Tier I), making it necessary for Tier II, III and IV systems and modules and parts makers to identify which supply chain they fit into, and where. Fortunately, regional organizations are stepping in to help manufacturers in this area. For example:

The Michigan Aerospace Manufacturers Association (MAMA) is a private, commercial association in place to help Michigan aerospace and defense manufacturers be aware of national and global market trends and requirements. According to Gavin Brown, MAMA’s executive director, the association is focusing on helping manufacturers shorten development and build time and reduce costs across the entire supply chain with technology such as:

1. Shop floor automation, including production and process monitoring used in conjunction with a comprehensive ERP solution

2. 3D additive printing using materials such as resin and metal

The Michigan Defense Center (MDC) is another organization created to protect and grow Michigan’s defense industry suppliers. Funded and focused by the State of Michigan’s governor, Rick Snyder, local help and support is provided through 10 procurement technical assistance centers around the state.

Ed Potoczak, IQMS Director of Industry Relations, has more than 30 years of experience in the manufacturing industry. Formerly an ERP consultant at the Oakstone Group and Plante Moran, Ed has also held positions as a senior systems engineer for Chrysler, technical sales leader in parts suppliers and general manager for a process equipment builder.