Sam Miller was an all-around athlete growing up. He was also a frequent rehab patient, often frustrated by inefficient equipment and his lack of access to objective performance data as he spent long, inefficient hours rehabbing his legs and feet.

Miller’s father, meanwhile, was experimenting with a mechanical training device he originally developed at MIT. He tinkered with the prototype in the family basement for more than a decade.

Sam Miller founded and incorporated Proteus Motion in 2016 to focus on optimizing movement instead of isolating muscles. He developed an intelligent strength training, connected fitness, and rehab tool for athletes based on his father’s then-retired concept. 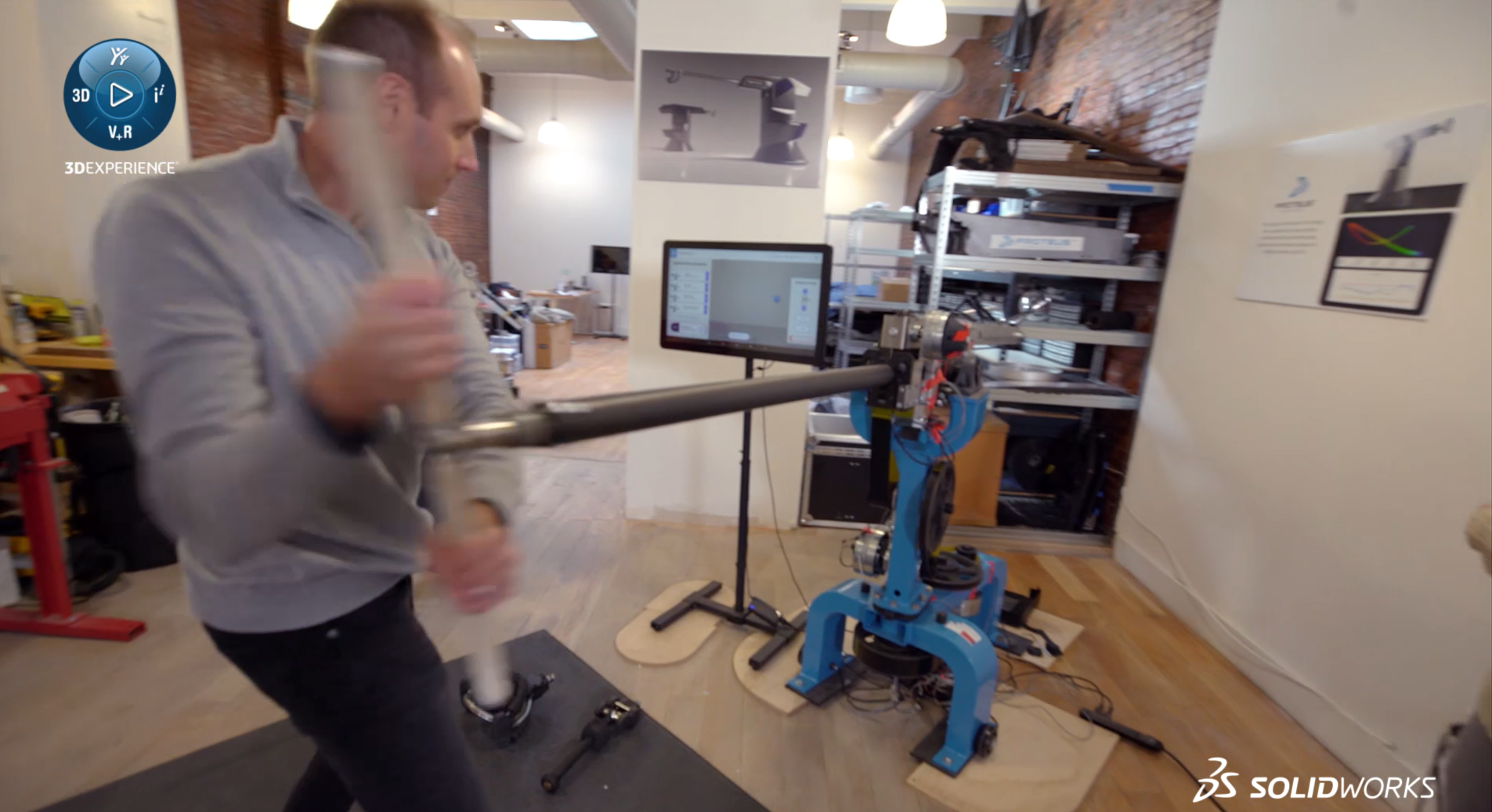 The initial prototype was engineered with countless rounds of design, testing, and checking physical prototype iterations. Paul Vizzio, Director of Hardware Engineering, explains, “Our design was primarily based on what we could do in-house and kind of keep it lean and cheap, but when you design towards that method you can’t really scale it.”

By leveraging 3DEXPERIENCE® SOLIDWORKS, the company saved enormous amounts of time and money with digital prototypes, testing hundreds, even thousands of iterations. “Once we adopted the 3DEXPERIENCE platform, it was really a game-changer for us.” Miller continues, “On top of maintaining a network of third-party industrial design firms and a contract manufacturer, having a platform that allowed for collaboration remotely was super important for us. 3DEXPERIENCE provided a really solid solution to accelerate those R&D efforts.” 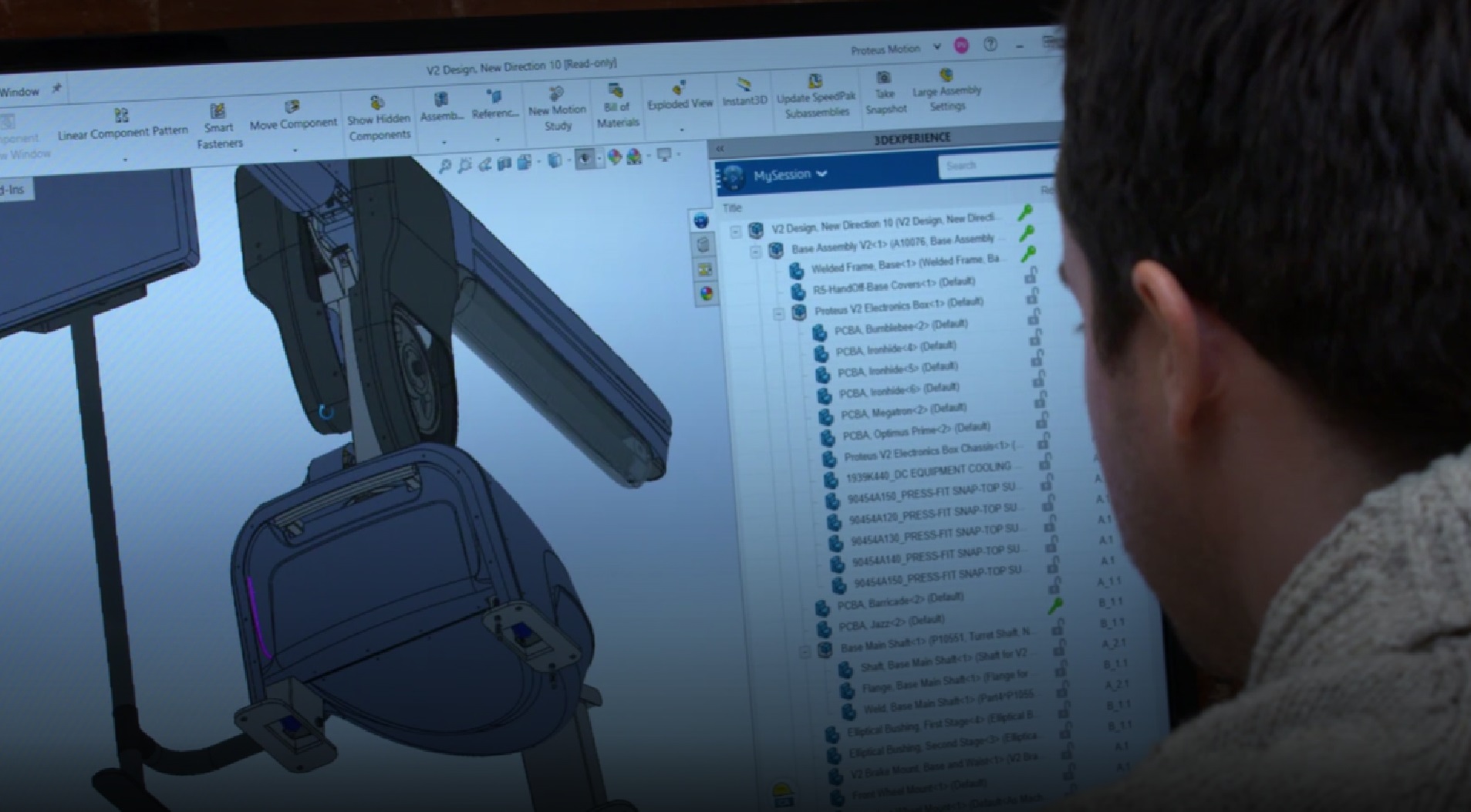 Vizzio adds, “For commercial fitness, you need to have a six-times safety factor for all load-bearing components, which is a tremendous safety factor compared to other industries. For us to do that, we really need finite element analysis (FEA). Having the FEA built in, we iterated hundreds, if not thousands of times on the frame, on the shafts, on the pulleys, on the belts—every single component was touched by the FEA provided through 3DEXPERIENCE Works Simulation.”

The company also used 3DEXPERIENCE Simulation to determine which areas of their equipment required strength and which didn’t, which enabled them to manufacture their rehab tool for less. 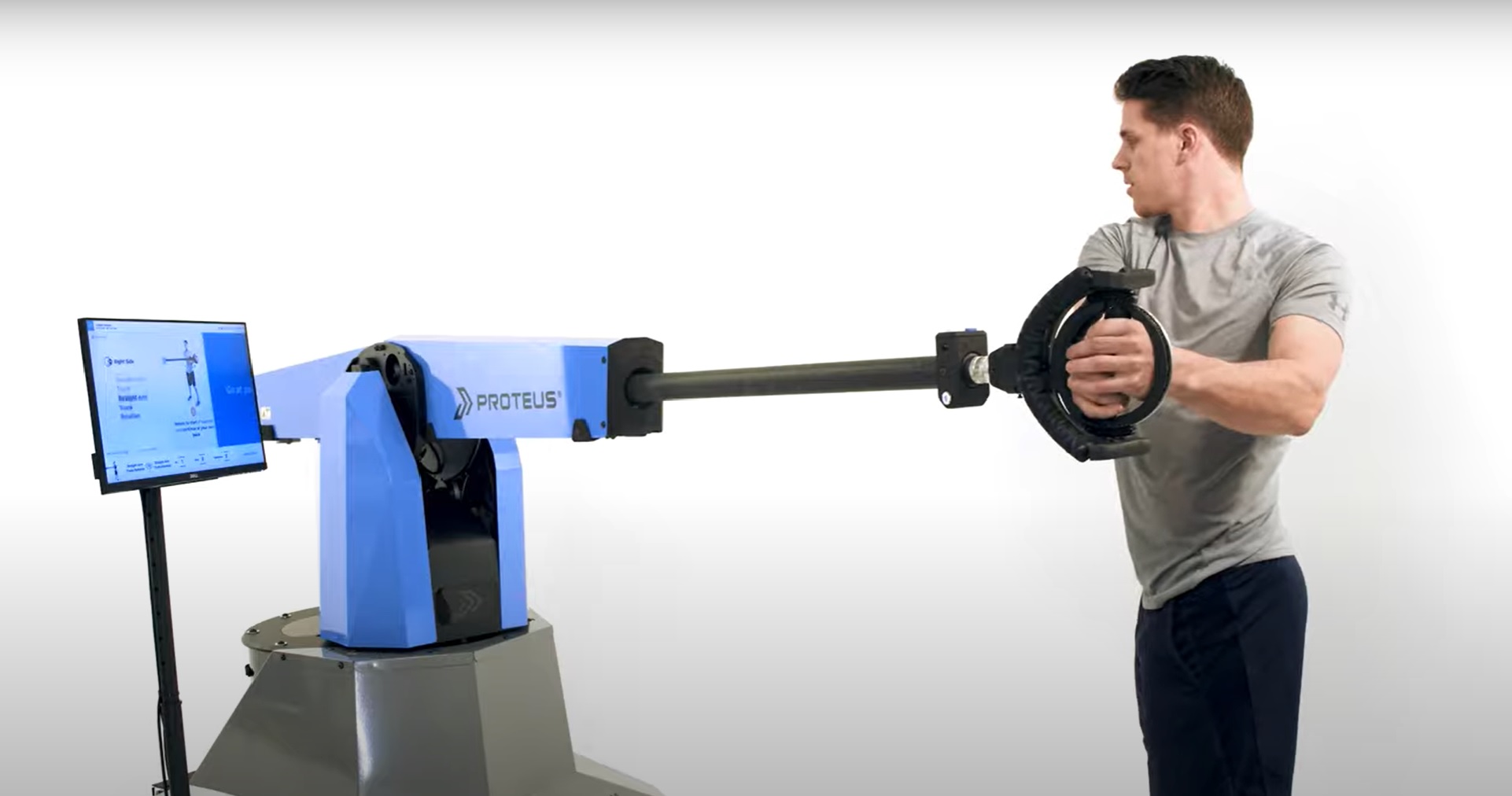 Miller concludes, “With a business like ours that is heavily reliant on rapid prototyping, field testing, and an iterative cycle. We’ve strongly believed that this file-sharing system and the 3DEXPERIENCE platform has increased the velocity of our R&D, which translates into business efficiency through and through.”

For more information on how 3DEXPERIENCE SOLIDWORKS can accelerate your R&D and save your company money, please get in touch with your local reseller.