I grew up in a tiny farm town and for as long as I can remember all I wanted to do was leave. During my junior year of high school, I was starting to think about college and career paths. After much deliberation I decided that engineering would be my best bet so I started researching schools and requesting information from any that seemed interesting. One day in the mail I got this huge packet from Embry-Riddle Aeronautical University, and as I was flipping through it I came across what is still my favorite tag line: “It really is rocket science.” Right then I knew that was the school I wanted to go to and I knew I wanted to major in aerospace engineering.

The summer after my junior year my mom agreed to do a campus tour with me so I could see the campus before I decided to 14 hours away. I fell in love with the campus and the school; the campus is in a beautiful part of Arizona, right across the way from the Granite Dells which are perfect for hiking which I took full advantage of during my college career. The school itself is spread out with most of the class rooms in two-room buildings, perfect for the small class sizes. The labs were impressive – it was my first time seeing industrial-sized equipment up close. The nail in the coffin though was seeing wind tunnel models from the aerospace engineering capstone projects lining the hallways of the Aerospace Experimentation and Fabrication building. 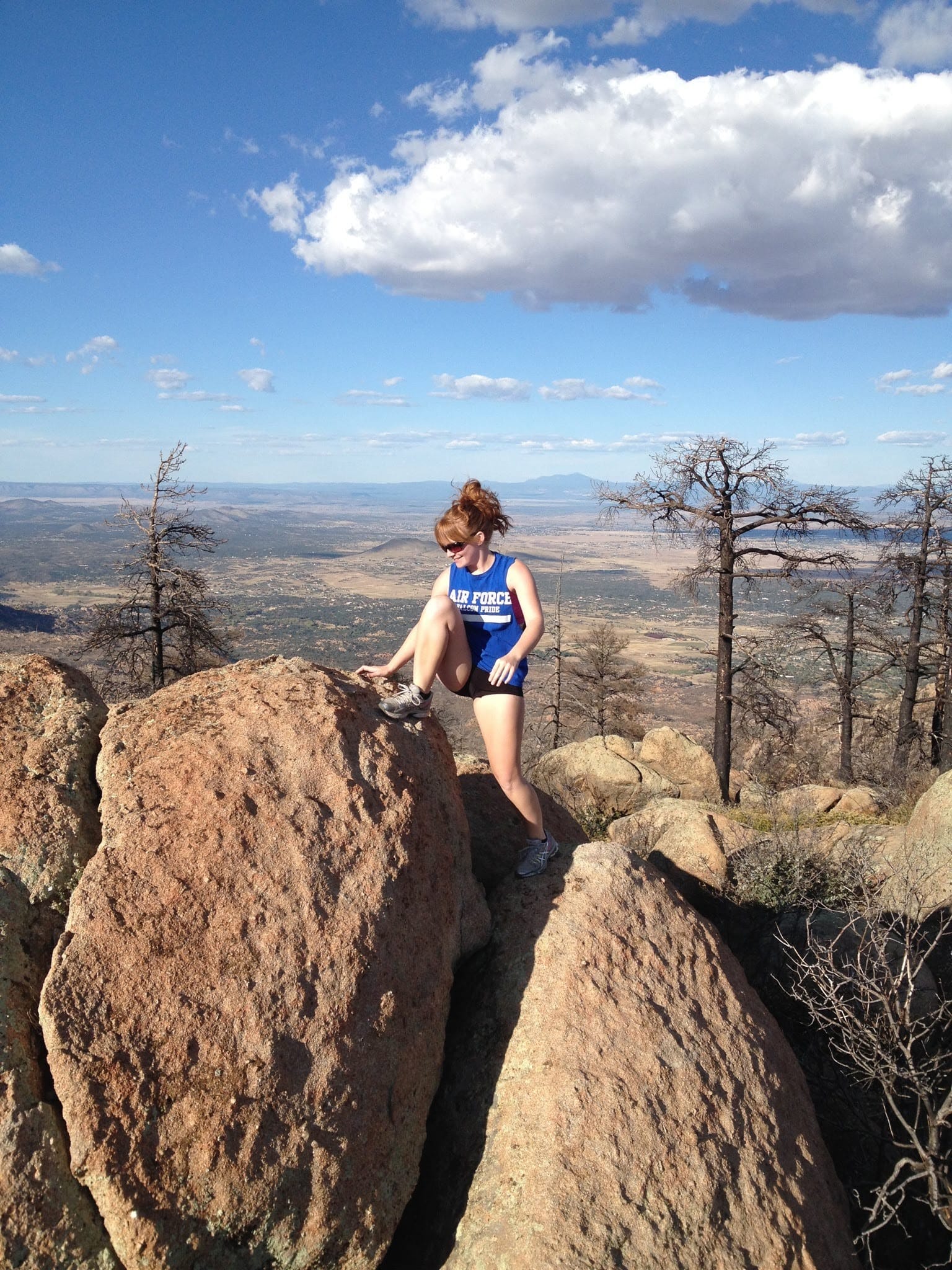 One of the first classes every engineering student is required to take at Embry-Riddle is Engineering 101, which requires teams of students to build and program Lego Mindstorm robots to accomplish various tasks. As simple as they may seem now, those Mindstorm robots were the first exposure I had to building and coding robots and I absolutely fell in love with the process. Though I didn’t know it then, that was ultimately the first step towards me electing to change my major from aerospace engineering to mechanical engineering with a focus in robotics.

During my second semester of my sophomore year in I took a CATIA class, which was my first exposure to a 3D modeling software. I thoroughly enjoyed the design part of the class and learning how to use the software. Until that point I still wasn’t sure whether or not an engineering field was right for me, but being able to virtually build and test things made me sure I was on the right track. That was until the professor decided to teach basic aerodynamics we would need to use on our final project – I was dismayed to learn that it was boring to me, and I was fighting to stay awake during that part of the class. I managed to make it through the class, mostly by offering to do more of the design work and report writing for my team rather than the calculations. Almost immediately after completing the final for that class I went to the records office to switch my major to mechanical engineering with a focus in robotics. 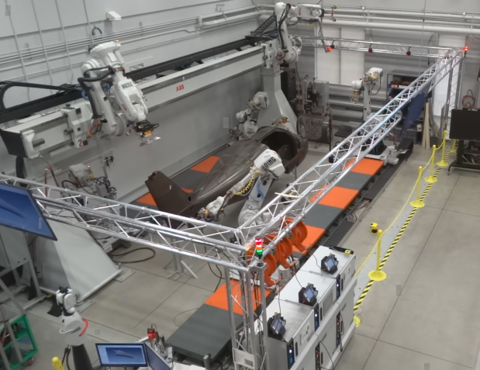 For my capstone project my team decided to build a six-legged walking robot that would have three Degrees of Freedom (DOF) per leg. After comparing different materials we decided to use aluminum for the main parts of the structure and 3D-printed parts for the support components. My favorite parts of this were working on the design of the components and learning the ins and outs of how to make each component. This was my first time working up close with industrial machines and I tried to learn everything I could from how to properly dimension a drawing for a machinist to small tips and tricks to speed up the 3D-printing process. Once again, I found myself unaware that I had taken yet another step down a path I hadn’t even considered. 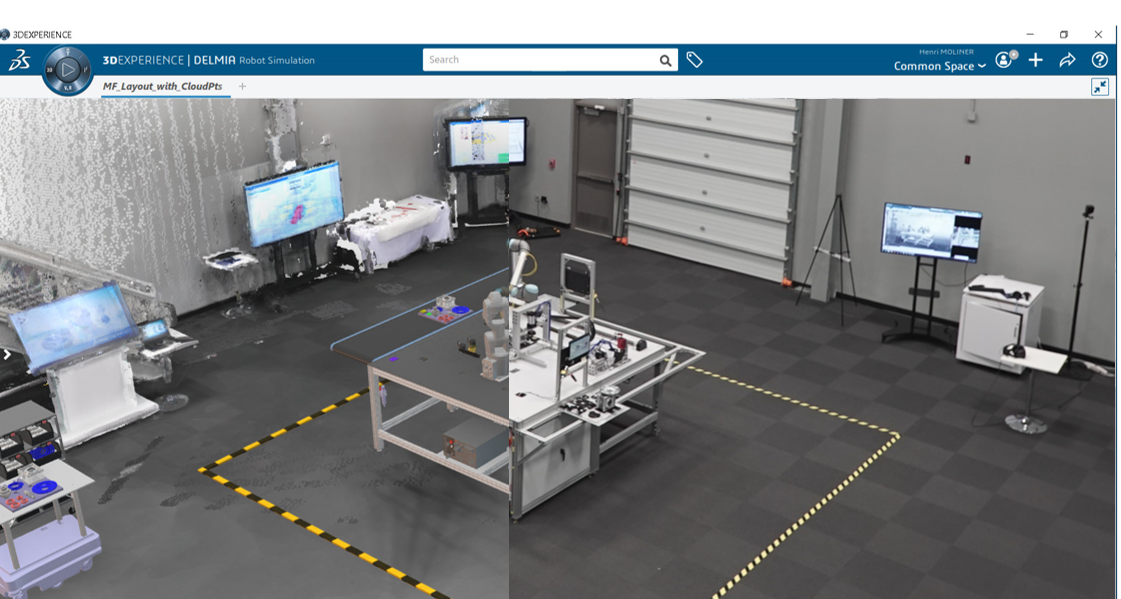 After graduating I was hired by an engineering solutions support company to do surface creation and healing in CATIA for aerospace customers. I enjoyed my short stint working for the company, but realized that I do not enjoy doing repetitive tasks sitting at a desk all day. When I was contacted by DASSAULT SYSTEMES for a job working in the DELMIA brand at the National Institute of Aviation Research (NIAR) I was ecstatic because it would mean I would get to work directly with robots. When I started working for DASSAULT SYSTEMES all I knew was they were the company that made CATIA and SOLIDWORKS so naturally I had assumed DELMIA was some type of 3D design software for robots. Little did I know it’s so much more.

As expected I started off working mostly with the DELMIA Robotics tools. My first task was to create a calibrated and usable virtual twin of the Multi-Robotic Advanced Manufacturing cell in the NIAR robotics lab. This cell has 6 robots; 2 on a gantry and 4 on rails, making it more complex than the manufacturing cells typically designed in DELMIA. Due to the number of robots and the complexity of the cell I had to work with the R&D person responsible for developing the calibration tools to create a procedure that would allow us to calibrate all the robots to one world frame. Since I was fairly new to the company and also the world of manufacturing at the time I didn’t quite grasp the how big that task actually was at the time, but I learned a lot quickly and seeing 6 large industrial robots completing tasks I had created in the virtual world in the real world confirmed I was in a job I would love. 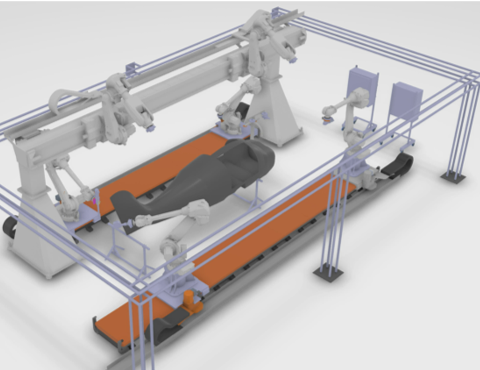 As I settled in I learned about the full capabilities of DELMIA and have recently started to grasp the power of DELMIA within the 3DEXPERIENCE platform. When I initially started working my exposure to manufacturing had been limited and on a largely technical level. As I learned and gained exposure to the DELMIA solutions I began to see the real power of the software; being able to build and validate every step of the manufacturing process in the virtual world even before it exists in the real world.

In 2019 I was assigned a project that allowed me to implement a large number of the DELMIA solutions; I was tasked with designing and building a manufacturing cell in the Dassault Systemes space at NIAR to showcase an end-to-end manufacturing experience. Throughout this project I was constantly learning and my understanding of how the entire manufacturing process is connected, especially when using the DELMIA tools. This made me realize how truly valuable a digital factory is – the possibilities for errors at every step is endless and a lot of the time we were able to catch critical issues before we started the real world implementation. Since that project I have been working on learning everything I possibly can about manufacturing – I realized it’s such an integral part of our lives even though it’s often overlooked.

Mariah will be the guest on our upcoming SOLIDWORKS Manufacturing Live taking place on both LinkedIn and Youtube on Tuesday, November 9th at 11 AM ET.

Note: This blog was written by Mariah Sampson, who is a Process Consultant for Dassault Systemes.