Anyone who’s ever been involved in a community group, build-type effort will likely attest that the best kinds are the ones with a deeper cause at the root of them.

Key ingredients like a deep underlying cause and deepened connections are huge reasons why those who have been involved in community group build efforts choose to come back for more in the future. With the SOLIDWORKS Champions Program, we sought to make deepening connections between some of our most involved, certified power users in industry.

Over the years here at SOLIDWORKS and Dassault Systèmes, we’ve had the tremendous honor of partnering with Magic Wheelchair several times on group builds – some performed by employees, and some by fantastic members of our user community.

How these build teams came together each time was different. In one instance, a group of users who met at 3DEXPERIENCE World decided to join forces months later to get an intergalactic build done together. Intergalactic or not, the builders of Magic Wheelchair costumes are superstars.

If you’re unfamiliar with Magic Wheelchair: it is a nonprofit organization that builds epic costumes for kiddos in wheelchairs — at no cost to families. We’ve been proud to sponsor several of these builds, but at a more interpersonal level, I was very proud of what I saw from SOLIDWORKS Champions.

With ringleaders Kirby Downey and Jonny Harrison leading the charge, the idea was born to have the first SOLIDWORKS Champions Program-initiated group build in the U.K. – and the first build happening outside of the USA for Magic Wheelchair! Anyone who has taken part in one of these costume builds can attest that they’re truly ‘labors of love.’ They don’t tend to be one person affairs; group builds tend to involve several individuals with different areas of expertise.

Think about it: there are different elements of planning, design, electronics, fabrication, etc. in the making of many of these impressive costumes! It’s quite a lot of work. 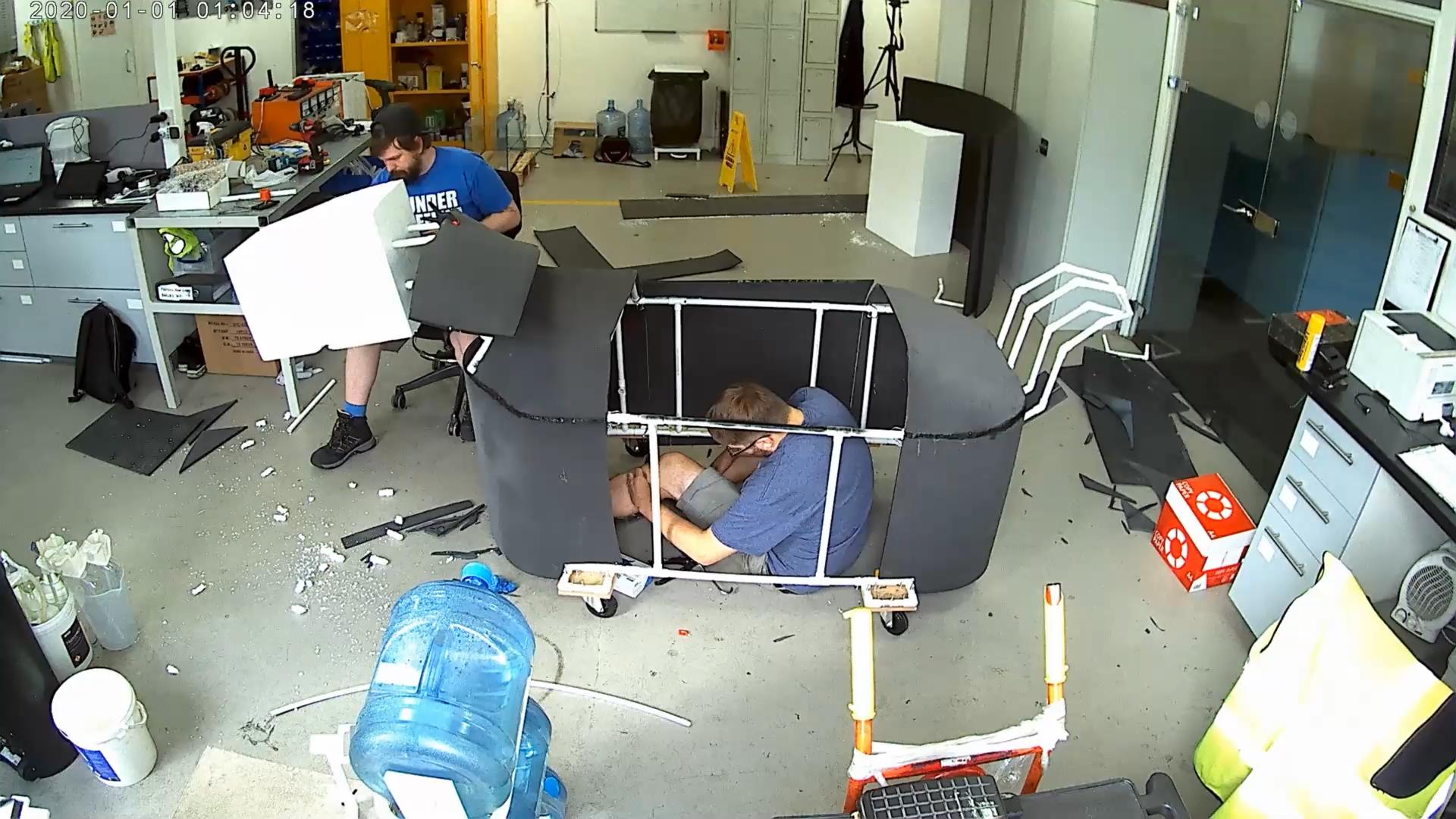 So, we came up with an idea. Kirby and Jonny couldn’t do it all (well, maybe, but there’s such a thing called ‘time’). As Champions, they naturally had large networks respectively, but they wanted fellow Champions to ‘champion’ Magic Wheelchair and what it represents – to get that special feeling each of them had the opportunity to feel during a past build within the reveal phase. 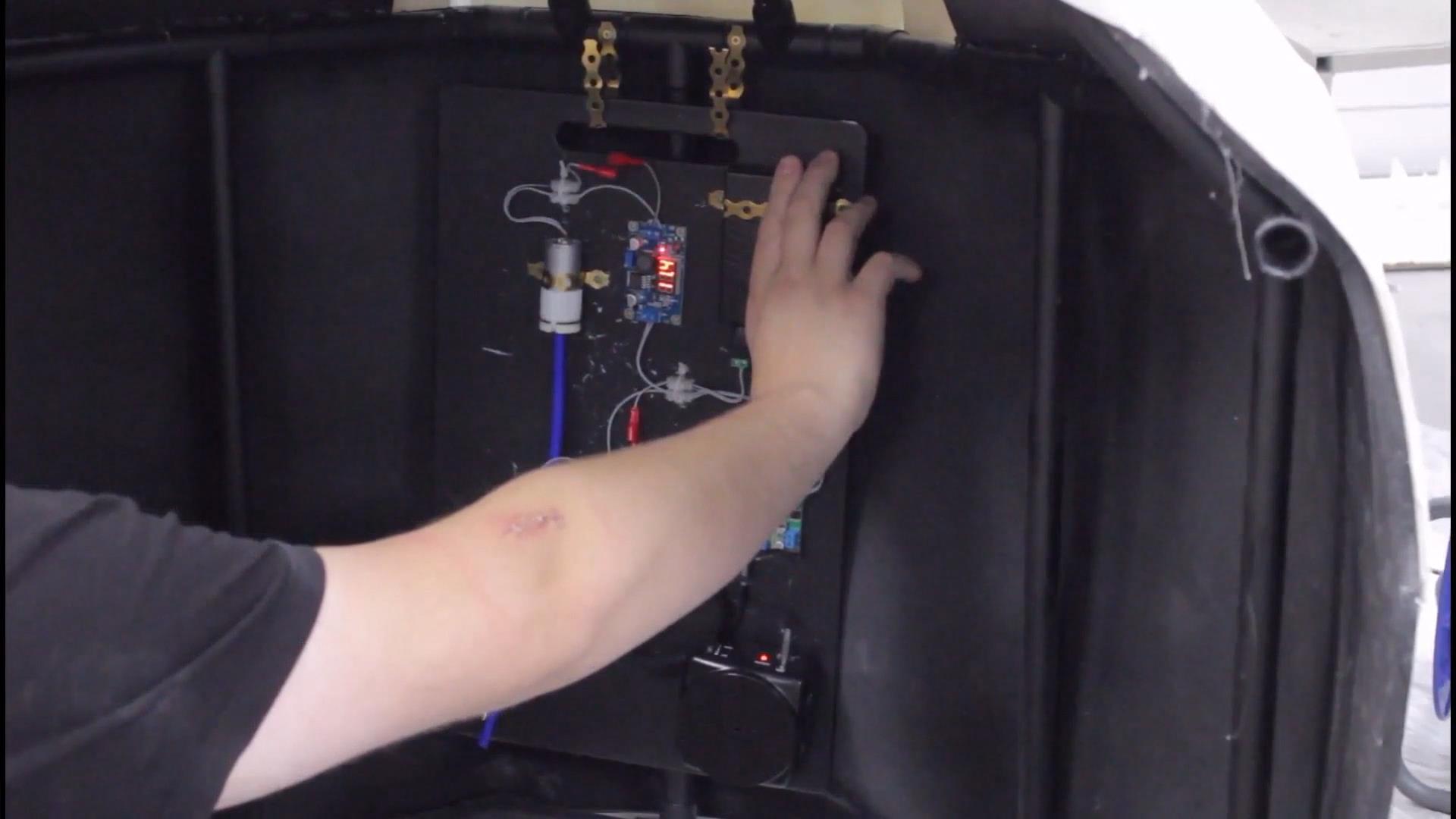 From there, we put out the Champion ‘bat signal.’ We contacted each SOLIDWORKS Champion located in the U.K. with a simple note that explained the project and the ask. Answering the call were the likes of Adam Weir, Fadi Atallah, Jade Crompton, and many others. 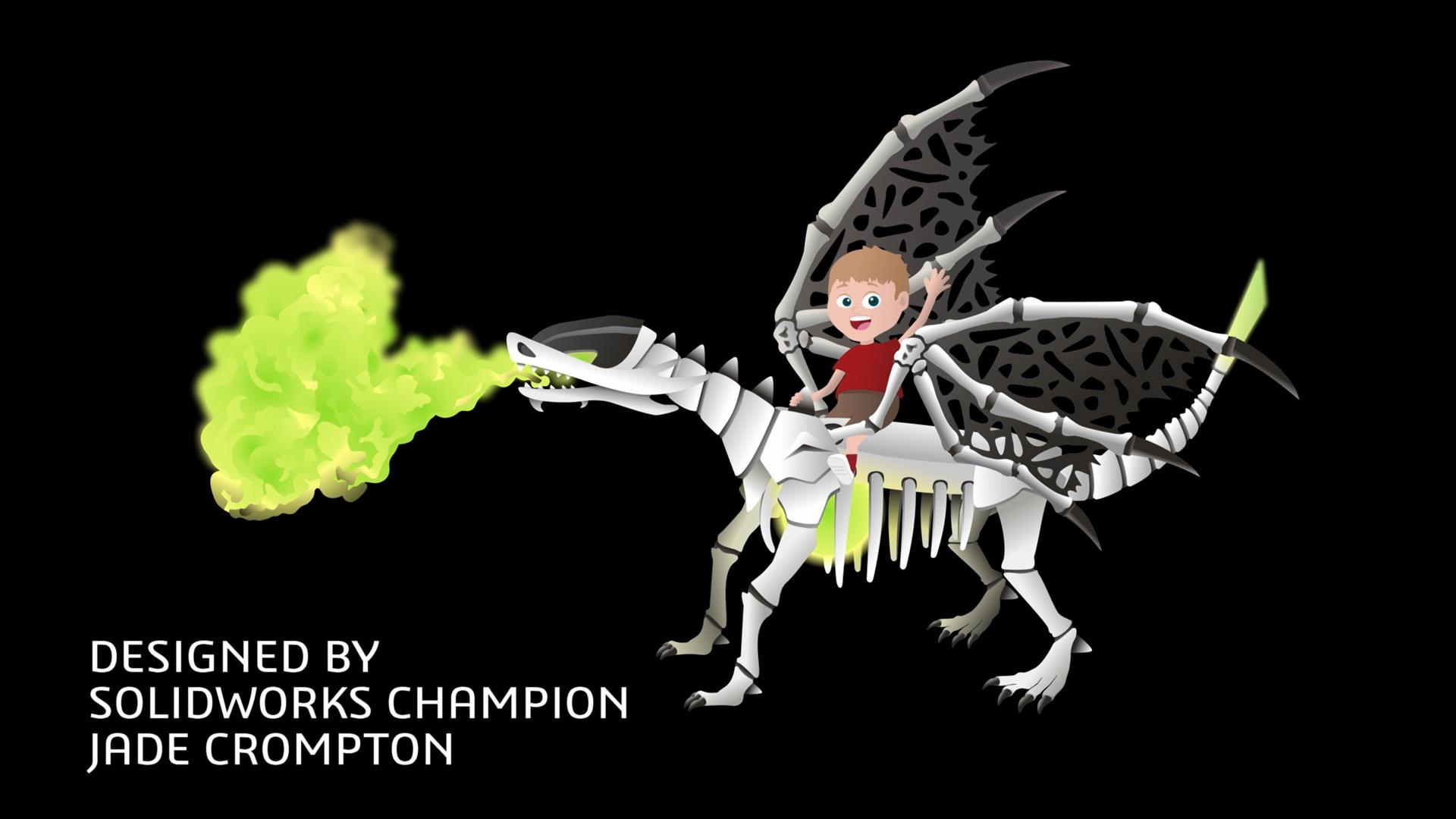 Many of our Champions, aside from their industry work, like to make. This was a great example of the technology behind 3DEXPERIENCE SOLIDWORKS for Makers in action, and a fantastic beacon of its promise – to empower DIYers and makers to connect on worthwhile projects that stand to help themselves and others. 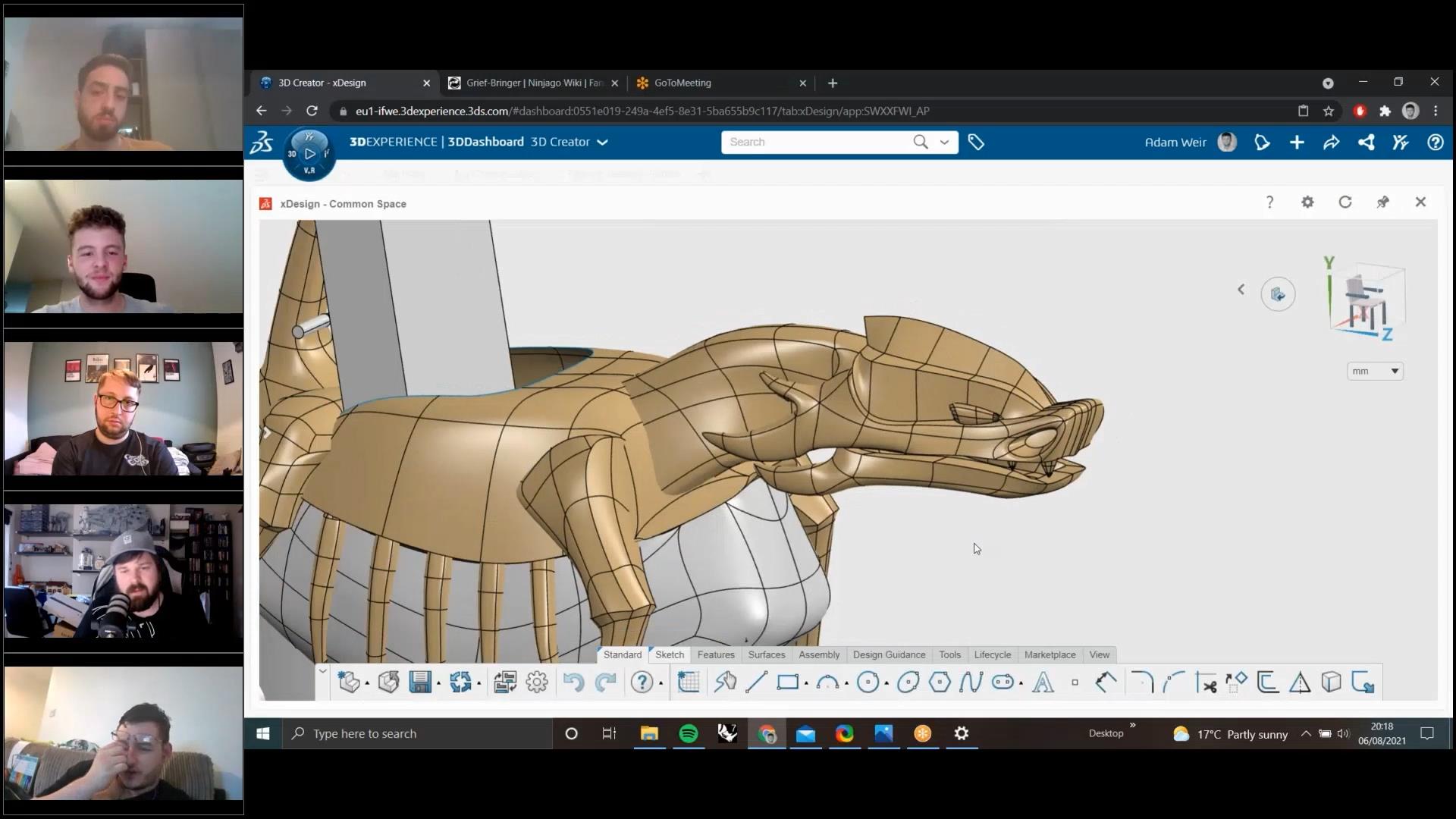 When Magic Wheelchair builds conclude, we always see the best saved for last: the reveal. 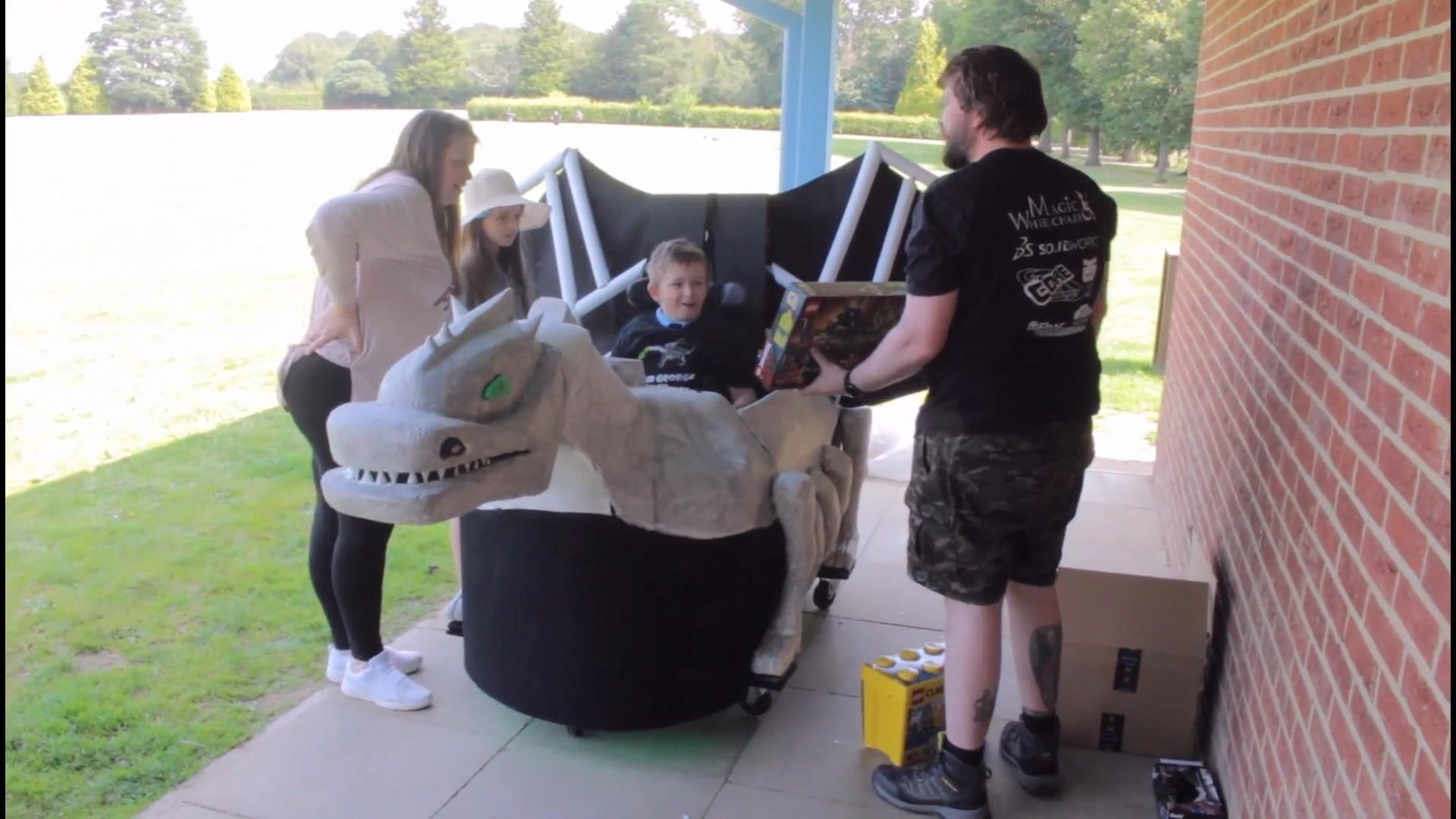 And it made sense. That was all of our reactions. But for George specifically, he LOVES Legos. He likes the mechanical aspects of Legos – and Lego design is how many of us got involved in building things at our earliest phases. George is also a big fan of dragons. The build, which includes a Lego area that allows George to build onto his OWN costume, certainly captures his interests well!

Doing something special for someone special always feels tremendous. But when you can connect with new friends over selfless, shared experiences, there may be nothing better. Be sure to check out the video embedded in this blog for the full build story – as told my Kirby and Jonny (and George!) – and check out www.magicwheelchair.org for more info on how you can get involved.