Just about a year ago, we heard from two exciting makers and YouTubers, Brad Thompson (Impact Props) and Eric Haddad (3DAeroventures), on how they were using 3DEXPERIENCE Works to grow their design-centric channels. They explained how they did this by using tools like SOLIDWORKS 3D CAD and 3D Sculptor (containing Sub-D capabilities) to design faster and more satisfyingly.

Back when I was a SOLIDWORKS user working on industry projects, I always used to wonder: “Hey, what happened to those cool people I saw on mainstage at World that one year?”

This blog is meant to give you an answer to that question about these two mainstage speakers. And yes, it’s also to appease my former self! 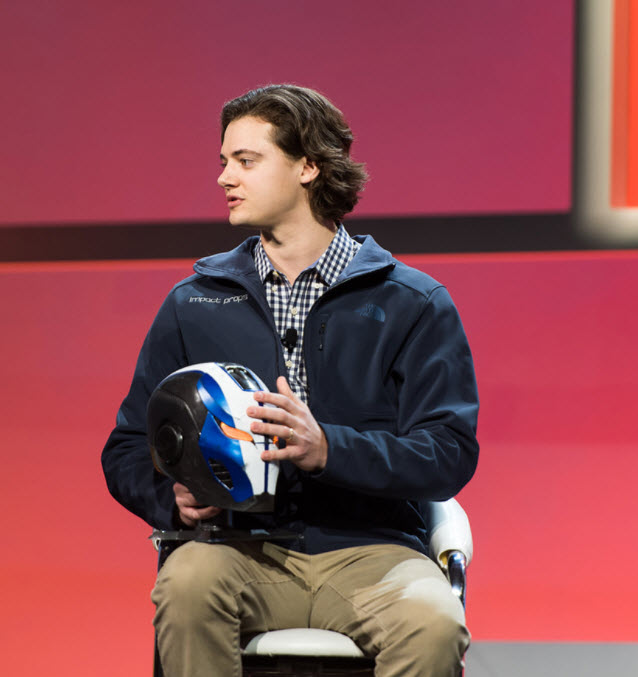 SOLIDWORKS Champion Brad Thompson is no stranger to making. He made his channel back in 2008 and originally launched his channel as a means to document the maker adventures of he and his friends back in college.

Since his days in college, he’s held engineering roles in industry. But the channel, as is the case with a lot of content creators, has remained active as a side endeavor apart from his day job. As Brad’s grown in his own career, his channel has taken many twists and turns as it continues to evolve in alignment with his interests. In fact, recently, he decided to make the jump to become a full-time creator!

Suffice to say: he’s all about doing new things. We saw this at 3DEXPERIENCE World last year, when he debuted this custom helmet designed using 3D Sculptor. As a SOLIDWORKS user in industry, he hadn’t come across a natural need to do Sub-D modeling at work. But for prop/helmet making? Natural fit!

Most recently, Brad’s taken an interest in a concept he calls ‘Make and Destroy.’ The concept is simple. He makes really beautiful helmets, props, etc. and then… goodbye. His beautiful creations are purposely destroyed.

And if it weren’t bad enough that he inevitably destroys the helmet (seriously – I still don’t completely get why he’s doing this), he looped another SOLIDWORKS Champion into it this time around. Brad does amazing finishing work and while he has done a lot of 3D CAD design himself, he brought in Kirby Downey (well known to those of you who read the Tech Blog!) to take part.

I definitely recommend giving this video a watch. It’s shot beautifully, and Brad and Kirby’s artistry is on full display. What a way to introduce the element of finality into a project. 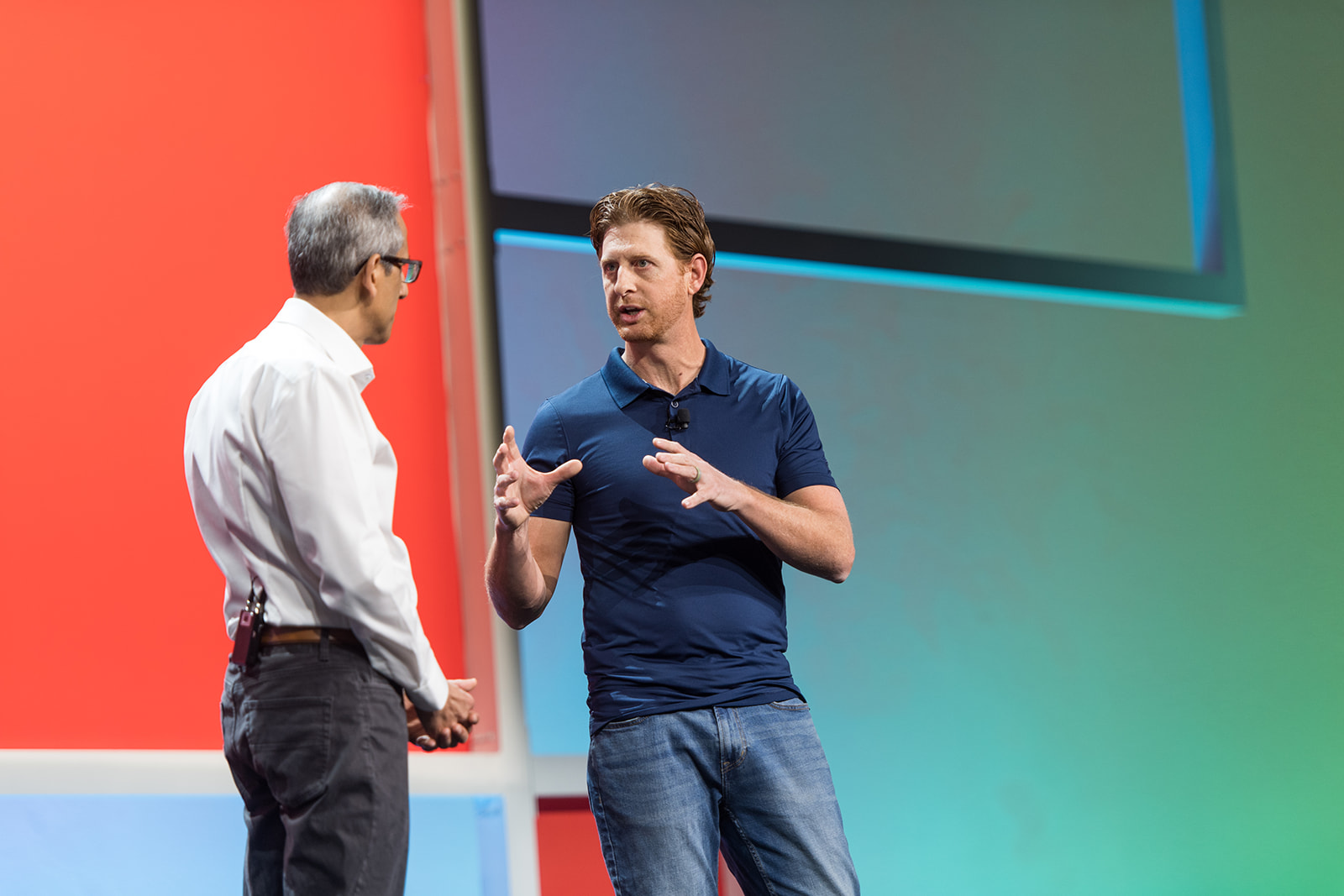 Eric Haddad of 3DAeroventures took us on a trip during 3DEXPERIENCE World last year, where he introduced us to how he got into making model airplanes. Much like SOLIDWORKS Influencer Program member Mike Patey, Eric has found an outlet for his passion for flight. 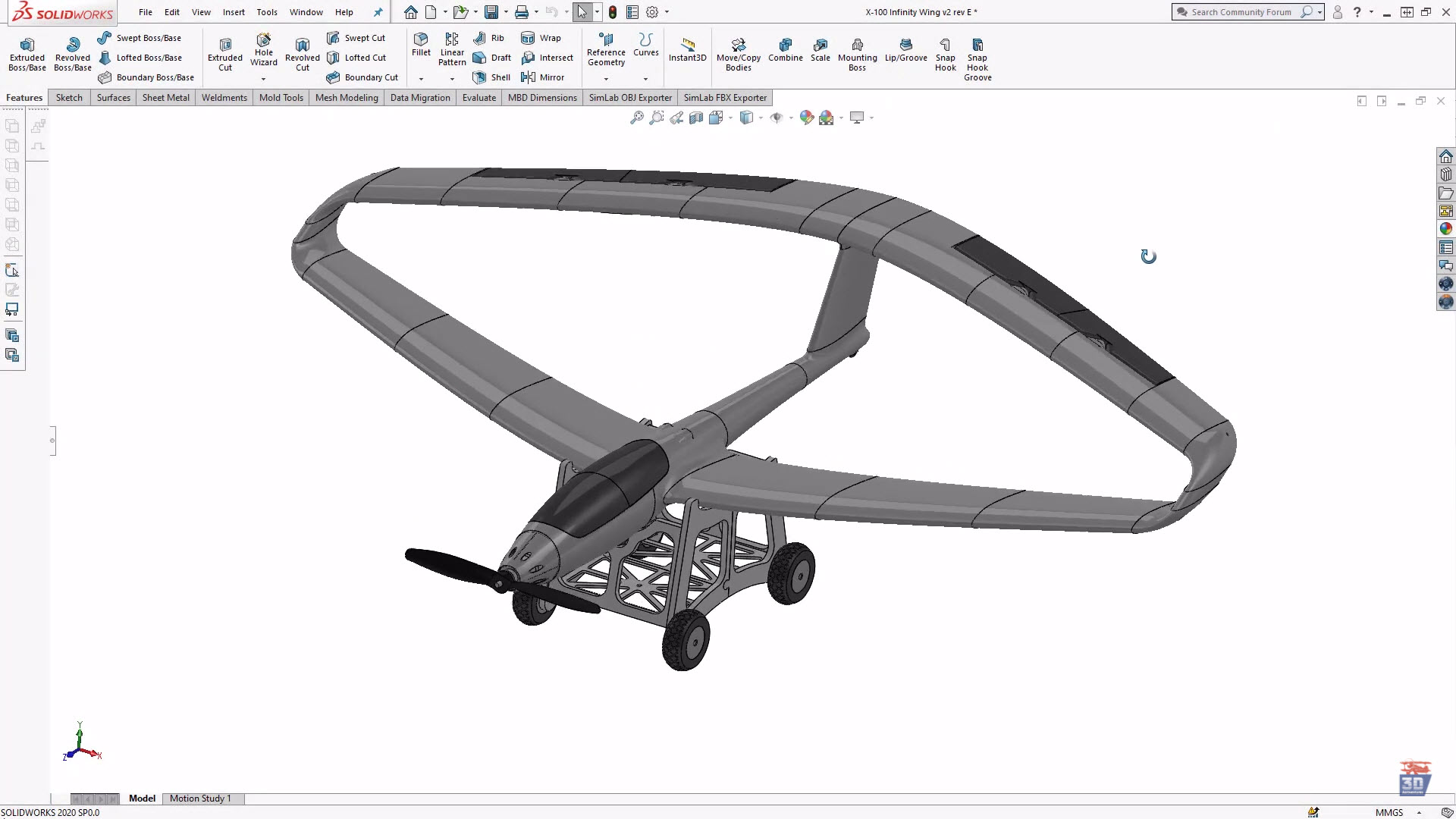 Well, he’s back! To kick off this year, Eric’s released a couple new videos on his more recent projects. In his most recent video, what’s ‘old’ is new again, as he shows off some X100 Infinity Wing design upgrades which improve the plane’s structural integrity and overall aerodynamics, while adding a landing gear and rudder functionality. We also get to see a brand new lift off dolly that prevents the need to hand launch!

Hmm, perhaps Eric might want to test out the landing gear assembly under different loading conditions. Kind of like Mike did with 3DEXPERIENCE Works Simulation not too long ago?

Ehh, nevermind. Maybe if we decide to blow up (read: enlarge, not explode like Brad) the X100 and make it flyable by a human pilot! We’ll have to ask Eric if that’s in the cards.

Be sure to subscribe to both Brad’s and Eric’s channels to keep up with their latest design adventures. And if you would like to sign up for alerts on when you can use SOLIDWORKS and the 3DEXPERIENCE platform at a maker level just like these guys later this year, you can do so by clicking here!