Easton LaChappelle created his first animatronic robotic hand for an eighth-grade science fair project. People readily related to the movements of a hand with fingers made from electrical tubing hooked up to fishing-line tendons powered by simple, small motors from model airplanes.

After that science fair, LaChappelle came up with a hundred different ways he could improve the hand, such as an opposable thumb and individual finger joints.

At his next science fair he noticed a seven-year-old girl intently examining how every little detail of his robotic hand worked. She wore an elbow-to-finger prosthetic with just one claw-like motion. The girl’s parents said her simple prosthetic device had cost about $80,000, with insurance, from fitting to tweaking. Many prosthetic limbs cost even more.

That was LaChappelle’s a-ha moment: His goal became to make prosthetics accessible to anyone who needed them regardless of location or economic status. 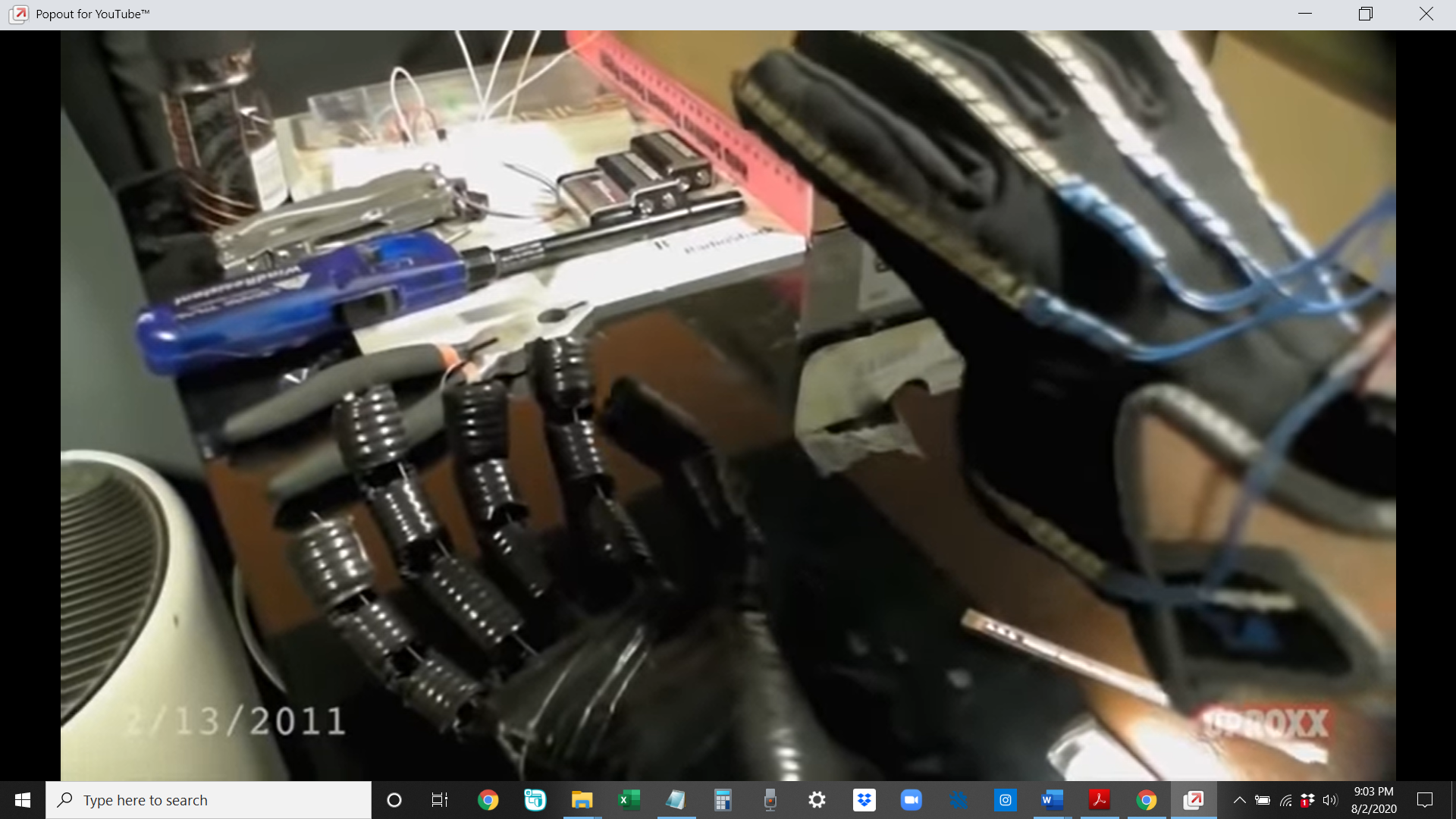 LaChappelle taught himself to use SOLIDWORKS when he was 15 years old. He says, “It was extremely easy to learn … there’s a lot of different ways that you can design a part. That gave me the ability to just explore and play around with SOLIDWORKS until I kind of had a grasp on it.”

From a basic sketch LaChappelle created and 3D printed each finger joint, so just 20 or 30 minutes later he could assemble the fingers to test if the design worked and later add the actuators and electronics to finesse a full hand. “SOLIDWORKS was a really amazing tool; when I think about creating, it’s turning these rough ideas into reality … SOLIDWORKS was the most intuitive process for that,” says LaChappelle.

Any kid has a rough time with a prosthetic for obvious reasons. In addition, the device must be continually updated as a child grows. 3D scanning, however, simplifies and expedites the fitting process.

Unlimited Tomorrow sends low-cost 3D scanners to digitally map an amputee’s residual limb and opposite full arm, if available. The raw scan data is used to tailor the design to the shape and dimension of the person. A negative can be replicated from the scan, which is then easy to update. This procedure creates a scalable solution with 3D technology. 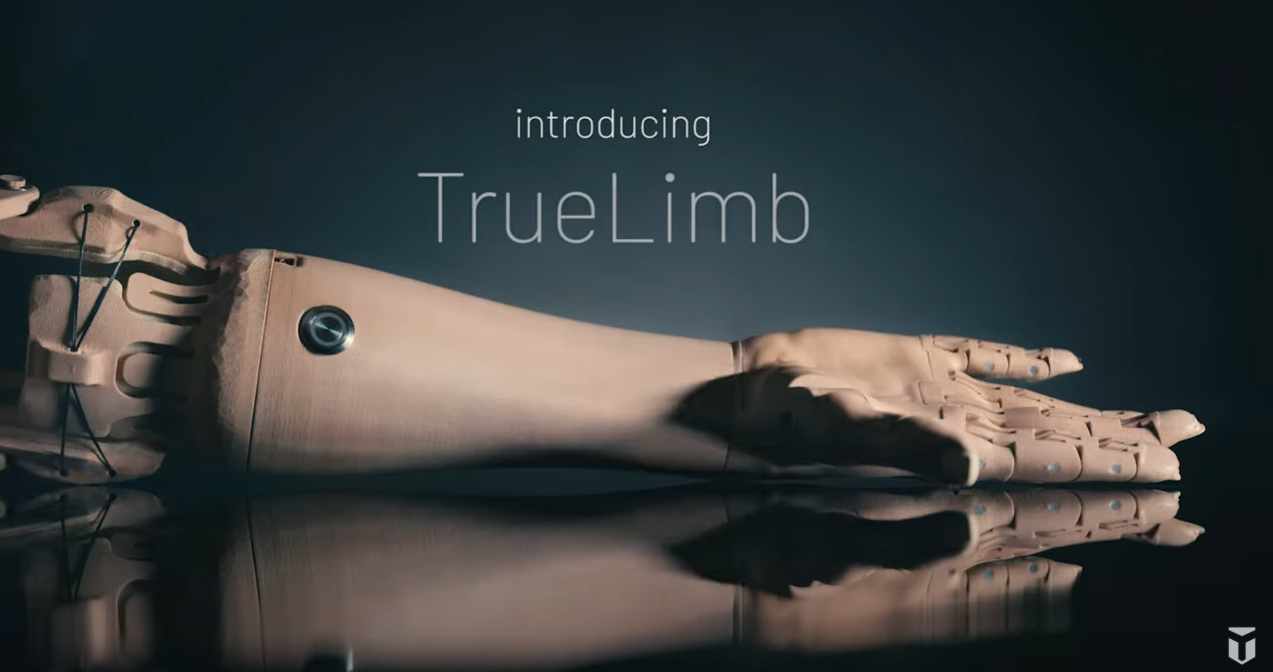 LaChappelle is super passionate about using SOLIDWORKS to optimize designs for additive manufacturing and pushing the boundaries of design. He refines and reuses the newest technologies, such as artificial intelligence, sensors, and electronics to elevate prosthetic devices to an intuitive and organic human-like level.

For example, technology changes with 3-D printing have enabled printing of some of joints assembled, requiring less manual labor on each prosthetic. The result is hands with fewer joints that look more human-like and organic. SOLIDWORKS also continually adds new materials that bear closer resemblance to human skin. 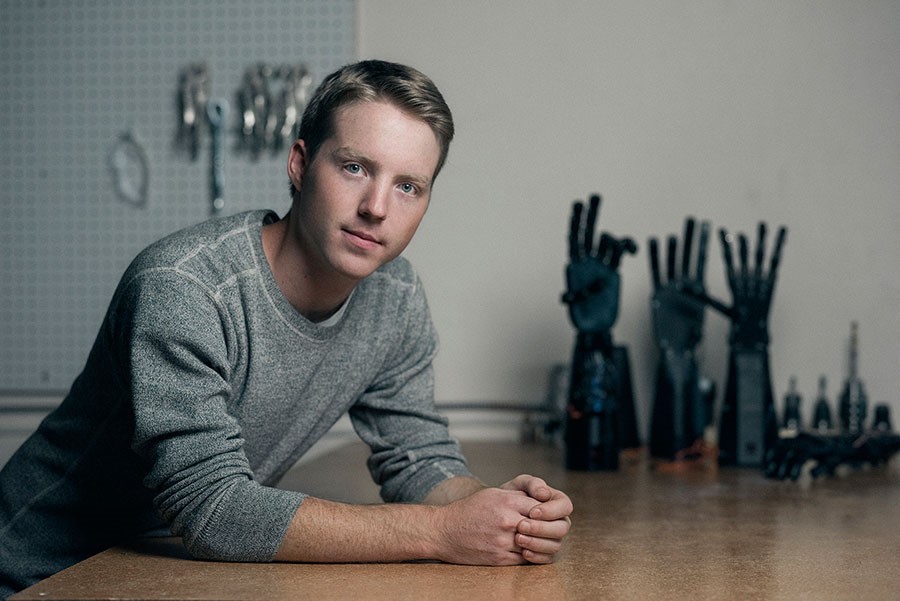 LaChappelle wants to get the technology to the people who need it, so anybody around the world can afford an advanced device and reach their potential. With 3D printing–enabled customization, each person can have a device that’s uniquely fashioned to their body.

When LaChappelle was close to creating a scalable solution, he said his six years of research would be worth it if it could help just one person. 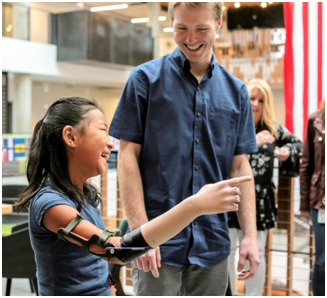 Later Unlimited Tomorrow created an IndiGoGo campaign called All Hands On Deckto raise money to give away its first 100 prosthetic units, so eventually a scalable process could be realized so people anywhere in the world could access the technology affordably. (Dassault Systèmes SOLIDWORKS donated both money and software to fund a number of prosthetics.)

LaChappelle’s goal became reality amazingly quickly: In eight short years LaChappelle went from an idea to producing some of the most advanced artificial limbs, even for people in remote and underprivileged communities. If you’d like to learn more about Unlimited Tomorrow, click here.