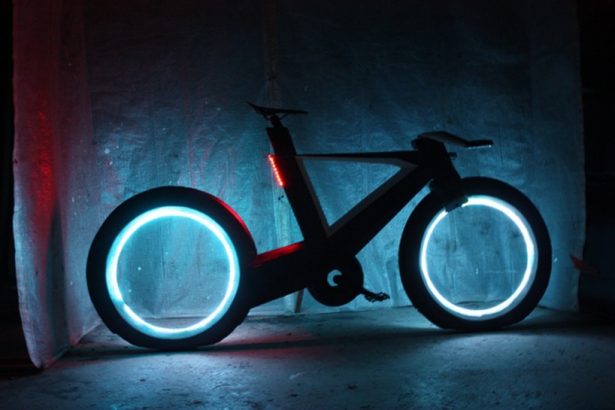 Airless wheels. App integration. Automatic crash reporting and heartrate tracking. The bicycles of tomorrow are being designed with futuristic features that will transform riding – both for morning commuters and weekend calf-crunchers.

The enduring design of pedal power

From boneshakers to Boris Bikes, the humble bicycle has seen a number of iterations across its 220-year history. But ultimately, these are variations on a theme. We’re still talking about two wheels, a frame, a pair of pedals and a chain.

In some ways that’s testament to the beautiful – and effective – simplicity of the bike’s enduring design. Yet today’s engineers are proposing ideas that push the wheels forward in more ways than one, with smart features that make cycling safer, more practical and better-integrated with the digital age.

Where does innovation come from?

What drives innovation in bike design? As with many sports, the most radical changes often occur at the elite end of the discipline. Manufacturers battle to find the marginal gains that will give top riders a competitive advantage. This innovation trickles down through the intermediate levels to the amateur end of the sport.

Yet the chance to really innovate at the top end is tempered by the Union Cycliste Internationale. The UCI is the world governing body for cycling and has strict rules on what does and doesn’t constitute a bicycle, including dimensions, weight and so on. That’s another reason why the bikes of today still look broadly similar to the bikes of 100 years ago.

But elite-level competitive cycling is only part of the cycling market. Many design engineers and manufacturers are looking at how design innovation can improve the experiences of commuters, recreational and amateur cyclists. Let’s take a look at some of the ideas tabled for the market.

It’s been hailed as the future of cycling – and the jaw-dropping design looks like something from a sci-fi film. That’s due in no small part to Cyclotron’s hubless wheels, which feature LED wheel wells that automatically illuminate in dim light. They can also project a red laser beam bike lane behind the rider to improve safety in urban areas.

But Cyclotron more than mere eye candy. Where others would expect spokes, Cyclotron riders have “utility slots”, into which you can slide cargo baskets to carry your shopping, your satchel or your Shih Tzu. The tyres themselves are airless and constructed of a solid polymer projected to last for at least 6,000 miles. No more flat tyres for Cyclotron riders!

The brakes are hydraulic and the gearbox is electric (with 12 and 18-speed options available). Top-end models also come with an automatic mode that does the gear-shifting for you. The drivetrain is tucked away inside the space-grade carbon-fibre frame. So too are the array of Bluetooth sensors that track speed, location, heart rate, route information and so on to the integrated smartphone app. If you become unresponsive mid-ride, Cyclotron’s autonomous crash reporting service kicks in – and there are anti-theft features to help protect your €1,000 investment. It’s all powered by a self-charging lithium-ion battery that’s good for eight hours at a time.

From the most rudimentary track computers to Strava, cyclists are hungry for data on their performance: speed, calories used, location and more. The Furious Sports Bike is bristling with sensors and comes with an on-board computer that displays information to the rider front and centre, just like you get with electronic bikes at your local gym. This bike – designed by Nenad Kostadinov – certainly looks the part too, with a futuristic frame that does away with the down tube and top stay.

He’s an Olympic Gold Medal winner and former holder of the Yellow Jersey in the Tour de France. Chris Boardman knows a thing or two about cycling. How does that translate to bike design? Boardman’s Intelligent Bike concept is the answer. It has a solar-powered back-up motor, though with the streamlined frame don’t expect to find many places to put your bag of shopping. The on-board computer tracks all the bits you want it to – such as calorie consumption, speed, distance travelled and so on – and the Intelligent Bike can only be unlocked via fingerprint. 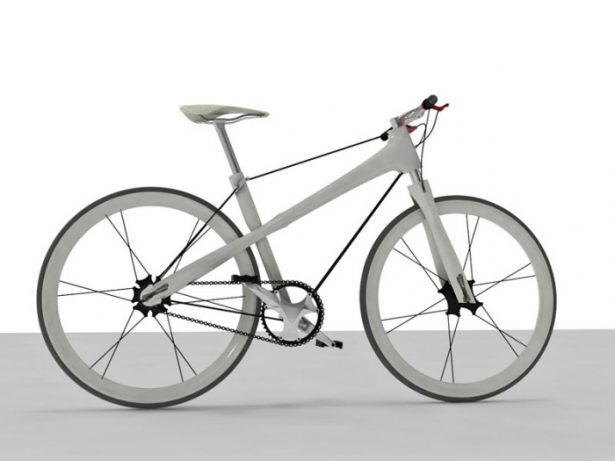 What do you get if you cross a bike with a suspension bridge? The answer – according to product designer Ionut Predescu – is the Wire Bike. This concept replaces key parts of the frame with Kevlar cables to create a balance between compression and tension. The result is a far lighter ride without sacrificing sturdiness.

Imagine if you could quickly disassemble your bike and store it in something not much bigger than a briefcase. Then stop imagining and take a look at product designer Victor Aleman’s ingenious concept. It’s just the ticket for the infrequent urban rider and can be kept securely in even the tightest flat or office space – and you won’t need a degree in engineering to reassemble the Eco 07 when it’s time to ride.

Swapping two feet for two wheels is a time-honoured thrill – and the sustained success of the bike owes much to the strength of its original design. Yet perhaps more than at any other point in the bike’s 220-year history, we stand on the precipice of a new era in design that will make cycling smarter, more practical and more fun.