What if you could expand the limits of product design and innovation into new territories? Design for all five senses, not just sight and touch? Harness the inner workings of the human brain to better design the products of tomorrow? Imagine the creative possibilities. Learn more about these industry-changing topics at SOLIDWORKS World 2015 in Phoenix, Arizona. The lineup of speakers will challenge you to embrace the future of engineering, reimagine your approach to 3D design and encourage you to design beyond the status quo.

At SOLIDWORKS World, our goal is to inspire you and thousands of like-minded designers and engineers to share your ideas, explore new technologies and look at product design — differently. You can see and interact with amazing products in our Partner Pavilion and attend any of the 200+ breakout sessions to learn more about topics ranging from design automation and electrical design to simulation and product management.

Be sure to make time in your schedule to attend the daily general sessions and hear our amazing lineup of keynote speakers: 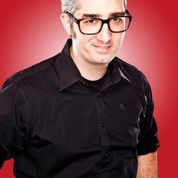 A leader in the DIY movement, Bre Pettis led MakerBot as CEO from its beginning in 2009. Now, as creator of Bold Machines — The Innovation Workshop at Stratasys — he’s pushing 3D printing into striking new directions. Pettis has a long history of making things and inspiring others to make things. Prior to co-founding MakerBot, Pettis co-founded the Brooklyn hacker collective NYC Resistor, where MakerBot technology was first concocted, tested and proven. He was also an art teacher in the Seattle Public School system. In 2012, Pettis was honored with the Disruptive Innovation Award from the Tribeca Film Festival, for “creating an entire ecosystem for desktop 3D printing.” 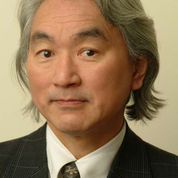 Dr. Michio Kaku, one of the most widely recognized figures in science today, is a theoretical physicist, best-selling author and popularizer of science. As the co-founder of string field theory, he continues Einstein’s search to unite the four fundamental forces of nature into one unified theory that will summarize all the physical laws of the universe. Additionally, he predicts trends affecting business, commerce and finance based on the latest research in science. The author of numerous international bestsellers, Dr. Kaku’s newest book, The Future of the Mind, illustrates the stunning breakthroughs being made in neuroscience, which are finally beginning to unravel the mysteries of the most complex object in the known universe: the human brain. A regular commentator on Tech-TV, he was featured in the full-length feature film, Me and Isaac Newton, in 2001. Starting in 2008, he became a regular host on the Science Channel/Discovery Channel. He also hosts his own national weekly radio program, Science Fantastic. In addition, Dr. Kaku has written for and is widely quoted in major newspapers, and science and technology magazines. Dr. Kaku holds the Henry Semat Chair in Theoretical Physics at the City University of New York, where he has taught for almost 30 years. 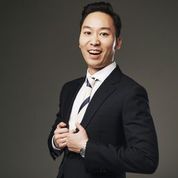 Jinsop Lee’s design background began when he was five years old and his mother refused to buy him a Star Wars X-wing fighter, so he built his own from Lego. While he was traumatized with his multi-colored Lego X-wing fighter, it taught him an important lesson: You don’t have to follow the instructions that come with the box. Since then, Lee has become a multi-disciplinary designer, making use of the design process in a variety of jobs that have included design consulting, a professor of design and a stint in the army. In 2012 he was one of the winners of the TED Global Talent Search, which led to a TED talk in 2013. Lee’s topic was the connection between design and the five senses, a theory that he was able to devise thanks to the diverse life he has lived. Lee is currently the Chief Globalization Officer at a lighting company called Linno, where he continues to not follow the instructions that come with the box.

Hurry, don’t miss your opportunity to hear from our amazing speakers, check out our exhibit hall full of our solution partners, and select from over 200+ breakout sessions to learn from. There’s only a couple of days left to save $100 off the regular registration fee, if you register before January 9, 2015! See you in Phoenix!