Last month, Amazon invited its legions of customers to shop the future with the launch of a 3D Printing Store. Although the products range from quirky conversation pieces (personalized figures, phone accessories) to odd gimmicks (bird masks and a 3D-Rex dinosaur), the store’s existence validates a mainstream public interest in 3D printing. Sure the store might feel like the 3D printing Stone Age, but if you believe history repeats itself then designers will eventually strike gold.

Beyond proving buzz, the store stands as an example of 3D printing diversity. Now everyone has the ability to create and manufacture to the limits of their imagination. From musical instruments and prosthetics to space technology and surgical tools, 3D printing can go as far as your mind and passions will take it. This week, we’ll take a look at four disparate stories demonstrating the diversification of 3D printing.

Designer Olaf Diegel might have Amazon in mind when he’s belting sounds out of his 3D-printed alto saxophone. “One of the reasons I was keen to undertake the project was to show that 3D printing can be used for applications beyond trinkets, phone cases, and jewelry,” he said. For Diegel, 3D printing is more than a novelty. It’s about finding where 3D fits into the traditional design process. Much like his sax, that opinion is music to our ears.

Last October, Howard Kamarata lost three fingers during a home improvement mishap. Kamarata was in shock and uncertain how he could move on after the accident. Enter Casey Barrett. An industrial designer, Barrett heard Kamarata’s story and offered to make him new fingers. After gaining access to a 3D printer and design templates, Barrett walked into Home Depot with $100 and exited with the materials to complete the prosthetic glove. Now, with the help of Barrett’s glove, Kamarata is able to carry plates, pick up water bottles and dial phones. 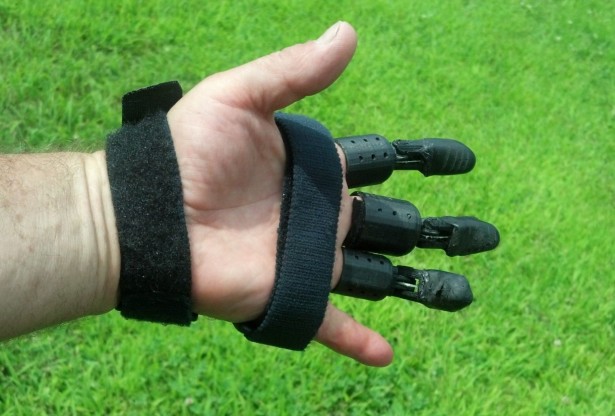 At some point in your life, you’ve probably heard the adage, “practice makes perfect.” When you’re facing surgery, hopefully your doctors have heard the same advice. Fortunately for all of us, doctors now have the ability to practice surgery on 3D printed versions of our body parts before we go under the knife. In this case, surgeons used CT scans to create a 3D model of a patient’s shoulder. Once the model was printed, the surgical team performed a mock procedure on the replica. 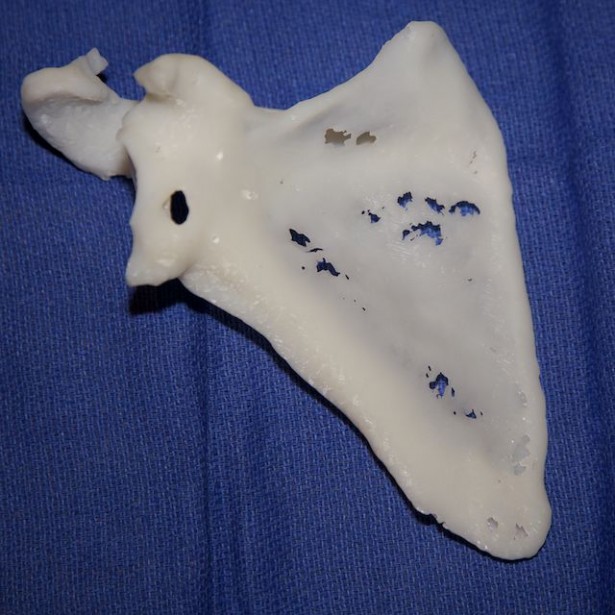 3D printing is making its way to space. Previously, the inability to print multiple alloys prevented 3D printing from contributing to space technology. NASA’s Jet Propulsion Lab, in a partnership with Caltech and Penn State University, has developed a new process that allows 3D printers to switch between alloys during the printing stage. SpaceX also announced that it successfully implemented a 3D-printed valve in its Falcon 9 rocket that was launched in January.

3D printing’s appeal is that we can make the technology suit our needs. Whether it’s as serious as surgery or as simple as a souvenir, 3D printing allows us to become manufacturing MacGyvers ready to create solutions to problems, both big and small, armed with everyday materials and the power of our minds. Just recently, SOLIDWORKS CEO Bertrand Sicot had his own 3D printing MacGyver moment.

Want to learn more about SOLIDWORKS or get a hands-on trial? Complete the form below to get started.