Summer is in full swing. For many, July and August are full of holidays, staycations, sports, and watching big-budget movie blockbusters. Whether your activity of choice is as simple as running through a lawn sprinkler or experiencing a film in a state-of-the-art IMAX theater, they have one thing in common: the science of design. This week’s “Recently in” looks at some of the technologies that keep summer fun blazing.

America’s pastime might be synonymous with peanuts and Cracker Jack, but many fans are inclined to imbibe – especially if they’re sitting in the last row. During the World Cup, SOLIDWORKS simulated human traffic jams exiting stadiums. If you’ve been to a baseball game, you’ll probably agree that choke points can be just as prevalent at the beer stand. One answer to open up beer concession congestion is DraftServ. These self-serve beer stands were rolled out for Major League Baseball’s annual All-Star game and allow thirsty patrons at Minnesota’s Target Field to pour up to 48 ounces of beer every 15 minutes. Take me out to the ballgame! 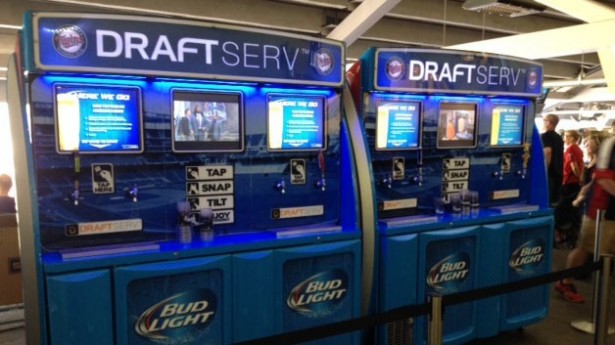 The Beer Can Conundrum

Beer consumption is not limited to the friendly confines of a baseball stadium. During the summer months, barbeque jockeys everywhere frequently enjoy a cool, refreshing beer while cooking. However, a warm grill combined with high temperatures can quickly lead to a hot beverage. Welcome to the barbeque beer can conundrum. Fortunately, SOLIDWORKS Simulation has an answer. By analyzing the effect of dynamic factors like temperature, heat sources and airflow, SOLIDWORKS Simulation lets you know how long your brew will stay cold.

The Original Patent for the Slip ‘N Slide

Summer, much like many of the designs that stand the test of time, thrives on simplicity. When it’s hot outside, summer fun doesn’t get much simpler than the Slip ‘N Slide. 50 years and 30 million sales later, the Slip ‘N Slide continues to be a summer staple – despite the risk of spinal injury to those too heavy or tall to slide. Check out this article to take a slide down a slippery memory lane and look at some of the upgrades to the Slip ‘N Slide since 1961. 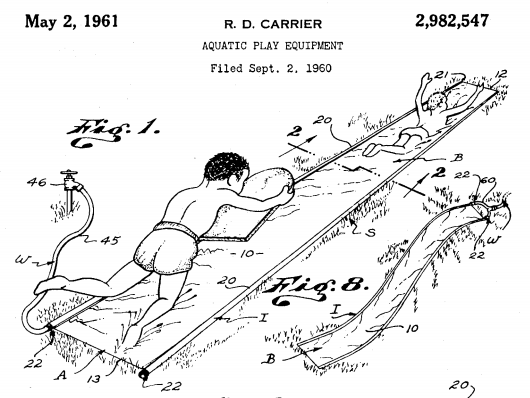 Maintaining The IMAX Experience, From Museum To Multiplex

Since the 1970s, IMAX has been making the movie experience larger than life. It’s not difficult to understand why. Most standard IMAX screens measure in at 72 ft x 53 ft and project film approximately 10 times the size of standard 35-millimeter film. Created to provide viewers with an immersive experience, IMAX rose to popularity by featuring science and nature on the big screen. Eventually, Hollywood took notice and with the wild success of films like Avatar, IMAX is becoming a staple for big summer movie releases. 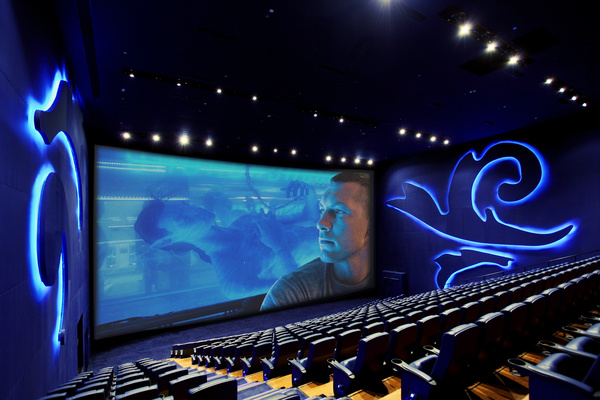 The Sleeve That Could Save Baseball: Exclusive Look at New MLB Technology

Arm injuries are becoming somewhat of an epidemic amongst baseball players. In the last decade, Tommy John surgeries, a procedure that repairs an elbow ligament, have increased by 700 percent. More alarmingly, these types of injuries are increasing in young pitchers. After years of research, biomechanics may provide a solution. Motus, a biomechanical analysis firm, has developed a sleeve that uses sensors and big data to evaluate stress on a player’s arm. This information is then sent to a mobile device so players and coaches can evaluate and make necessary adjustments to avoid injury.

Cruising the open ocean can be a romantic experience,sweeping us away to great works of fiction and reconnecting us with our nautical past. Of course, it can always turn upside down courtesy of backed-up toilets, negligent captains or sea sickness. If any of these concerns give you pause, you can now experience roaming the decks of the world’s largest cruise ship virtually, thanks to Google Street View.

Of course, summer traditions also include preparing for the upcoming school year. Before you get caught up in “back to school” madness, make 2014 the summer of SOLIDWORKS. Students and Educators now have free access to the SOLIDWORKS Student Engineering Kit. Click here or the below banner to learn how you can get started designing today.

Allure of the Seas image courtesy of Wikipedia