There seems to be a few sporting events going on this summer; one in London seems to be a bit of a big deal and it got me thinking.  Could I use SolidWorks to discover something about the track and field events?

Modelling a running person was discounted, so I thought I'd examine one of the Field events, and decided that the shot put would be a good choice.  So what was the question?  I wanted to know what force was required to match the current world record.  After modelling up the 'Field' and the Shot, I then had to come up with a way of modelling the athlete.

After a couple of minutes/hours thought I decided on a simple cannon.  I would push the shot along the cannon at a fixed force.  The launch track would be 2m.  I felt that this would give a reasonable distance to accelerate and also that it would tie in with the actual distance the athlete moves the shot from start to finish.  I only tested for a linear launch and that was what I had used in my school days.  The rotation seemed a bit tricky.

So here was my setup: 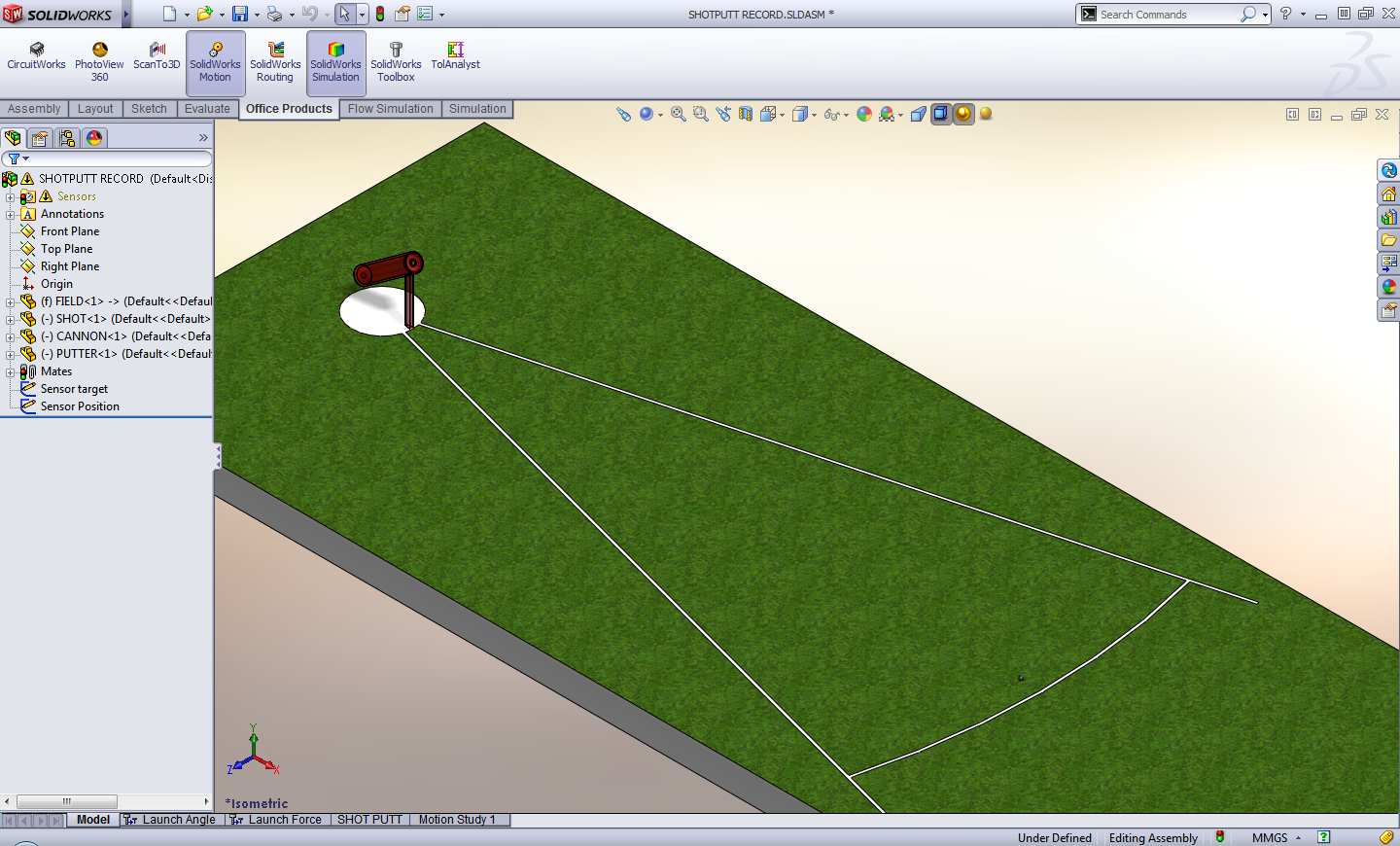 Using SolidWorks Event Based Motion I created a simple study that would apply a force to the launcher to push the shot into the air.  The simulation would then stop as soon as it hit the ground and triggered a proximity sensor.

I did not want to just use a random angle or force; I wanted to find out what the most efficient angle and force was to reach the World Record Distance.  I decided to test these individually.  So first, to test the angle of launch, I created a Design Study.  Design studies have been in SolidWorks for some time allowing the engineer to test a number of parameters against a system, but this was not something that could previously be carried out for Motion Simulation.  This was something new for SolidWorks 2012 and I was keen to see what it would give me.  I ran the test looking at angles from 30° to 45°.  The optimal angle from this was 35.76°

So now I wanted to know the minimum force required to reach 21.97m–the World Record.  This time I set up another study just looking at the launch force.  So what was the force required to launch a shot weighing 7.26kg (16lb) a distance of 21.97m (72 ft)? 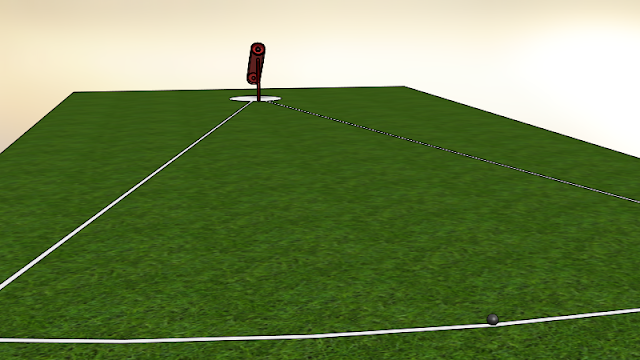 413N (93 lbf).  These guys are effectively lifting 42 kg with one hand!  No wonder these guys are all built like a brick outhouse.  That amount of power is incredible.

Once again I was able to use SolidWorks Motion Simulation and Simulation Professional to answer an Olympian question.  What next?

Gordon Stewart is an Elite Applications Engineer & CSWE at TMS CAD Centre, a SolidWorks Value Added Reseller in Scotland. He is a regular contributor to the TMS CAD Centre blog.