I recently learned about an interesting project we're sponsoring here at SolidWorks. It's the work of a gentleman named Donn McKinney, who hails from Yorba Linda, California. Donn is a fan of the World War II-era Iowa-class battlships built for the United States Navy, and he has decided to attempt to create a fully-operational 1/32-scale model of the U.S.S. Missouri. And by fully-operational, Donn means that it will have full navigation, propulsion and radar capabilities.

If you're not familiar with your naval history, the Missouri was the last battleship built by the United States, and saw active service from 1945-1955, with a reactivation period from 1984-1991. Today, the Missouri is a museum ship. It weighs 45,000 tons, is nearly 900 feet long, and is capable of carrying a crew of 2,700.

That's a big ship, and it's hard to imagine turning something so huge into a 1/32-scale replica. Even at that size, the final result will be over 27 feet long. So to get started, Donn is using SolidWorks to create a full model of the Missouri. In fact, he's already started to build parts of the hull, and is making significant progress modeling the other parts of the superstructure. Donn is currently estimating that the project will take 2-1/2 to 3 years to complete. Talk about dedication.

Once the replica is complete, Donn is hoping that it can be displayed on a table, encased in glass and planked with some of the original decking removed from the U.S.S. Missouri during her 1983-84 refit. He also hopes it can be sent out around the country for viewing in various museums and other maritime venues.

Oh, and one more thing–as if this project isn't already ambitious enough, Donn tells us that he has plans to create similar replicas of the other three Iowa-class battleships as well. You can visit Donn's website at www.vcatnavalmodels.com. 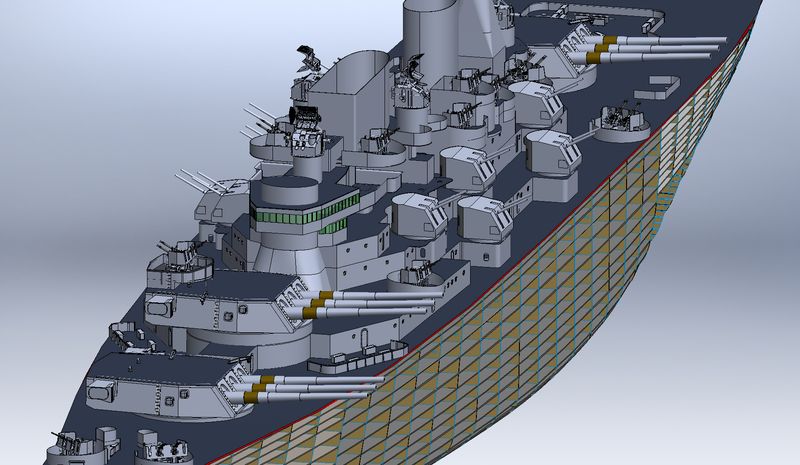 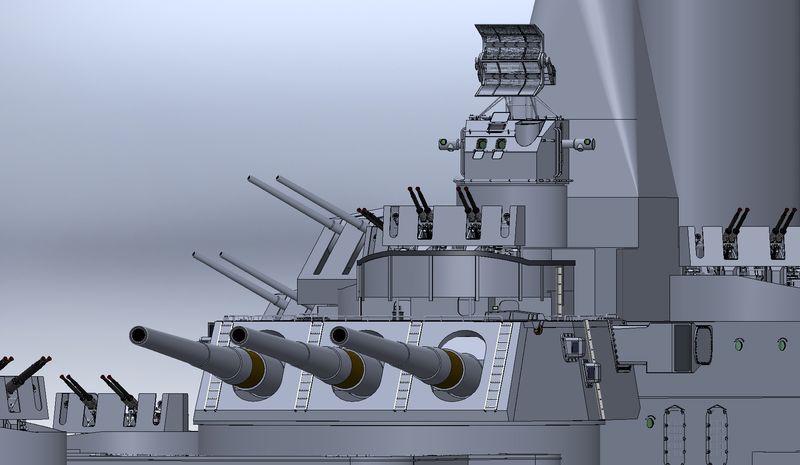