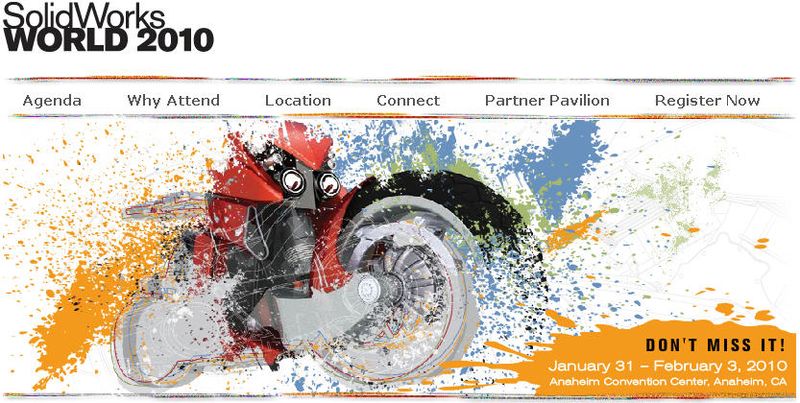 So you didn’t want to be the Official Internet
Correspondent, and maybe you didn’t have a great first-time story. That’s OK,
because we’re going to give you one more chance to get in to SolidWorks World
2010 for free.

SolidWorks World 2010 is taking place in Anaheim,
California. Since Anaheim is part of the greater Los Angeles metro area, we
thought we’d tie our final contest to the local geography. And since
Hollywood is just a quick 30-mile drive from Anaheim, we came up with the
SolidWorks World 2010 Hollywood Nostalgia Contest.

You know all of those great Hollywood movies you loved when
you were a kid? You know, the ones filled with fast cars and spaceships and
robots and computerized motorcycles and tape recorder cameras and moisture vaporators (no,
you can’t go to Toshi Station to pick up some power converters)? Well, we want
to know which of those things you think would be the most fun to model up in
SolidWorks.

So here’s what you need to do. Just pick the one thing you’d most
like to see designed in SolidWorks. Once you’re done, post a comment to this
entry and tell us what you picked, and why. Bonus points to anyone who actually
models (or even sketches) up something and posts an image to the SolidWorks
World 2010 Flickr group. The contest closes on December 17, and we’ll announce
a winner on December 18.

Once again, as much as it pains me to say this, you must be
21 or older to enter, and citizens of Brazil, Quebec and China are not
eligible. You also have to get yourself to Anaheim and find somewhere to sleep
at night. You can read the complete rules and regs here: