This means that there could be circumstances where the default and derived configurations are out of sync with each other.

For example, in Fig.2  you can see that the part length in the isometric view is 200 mm, while the flat pattern drawing view is showing the same part with a 100 mm in length. 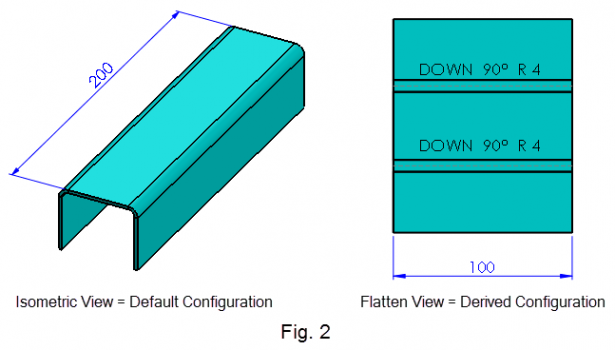 In order to understand why there could be circumstances in which this issue happens, we need to move it out of the sheet metal context and explain how derived configurations work in general.

This situation usually happens when a feature in the part is in the contexts of an assembly. The most typical situations are the following: 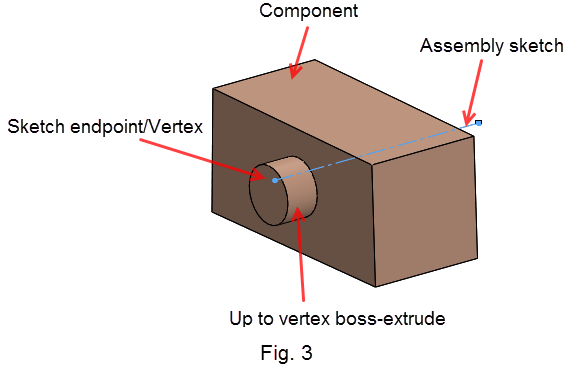 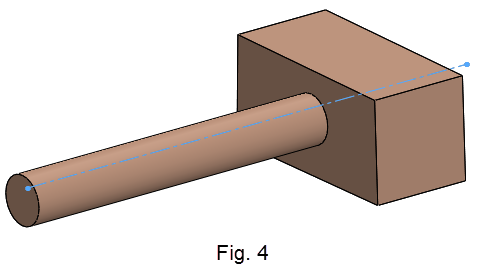 If at this point you save and close the assembly and then open the part again by itself, the default configuration had updated while performing the operation in the assembly.
However, if you activate the derived configuration, you will see that the extrude has not updated. The reason is that the derived configuration does not have the “external reference” information to update. It needs the assembly to update. The part only stores the path to the external reference or assembly. As we can see in Fig.5 the in-context Boss-Extrude2 is out-of-context 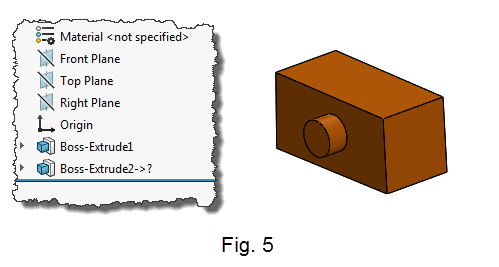 This same principle applies to the flat pattern drawing view. If you created a part using an in-context feature, and this feature changes, make sure you update the derived configuration before you close the assembly.

Sr. Technical Customer Support Engineer, SolidWorks, Americas.
Mario Iocco is a veteran CAD user. He started as a Mechanical Engineer first working in 2D with AutoCAD, moving on to 3D using  both SW and some  of the other CAD software on the market. He began his career with SolidWorks over 15 years ago. He started in R&D working on many of the new functionalities developed at the time -eDrawings, Sheet Metal, Weldments, etc. In the last few years, he moved to TS., working closely with VARs, Mario wrote the sheet metal functionality best practice manual, as well as creating hundreds of Sheet Metal Knowledge Base articles. He has presented webinars  on "Sheet Metal Tips and Tricks" and "Sheet Metal Bend Tables".