3D Hubs, the world’s largest network of local 3D printing services in partnership with Instructables, is launching the 2016 3D printing contest to find the best 3D printing projects out there. Running until June 27th, contestants get the chance to win one out of 15 selected 3D printers.

Last year, the SOLIDWORKS community of product designers and engineers came out in force showcasing what they were up to outside of the workplace. Overall 2015’s competition had 591 entries and some incredibly creative projects. Today I’ll be showcasing some of the best that utilized SOLIDWORKS in it’s design process and letting you know how you can enter.

The first entry I’ll be highlighting is the hand-in-hand clock by Instructables user Yvo, a mechanical engineer from the Netherlands . After being inspired by an old classmate 5 years prior to the competition, Yvo set out to redesign a hand-in-hand clock with SOLIDWORKS; a clock type that has the minute hand attached to the end of the hour hand creating an intriguing design. This entry won Yvo one of 12 printers we gave away in our 2015 competition. 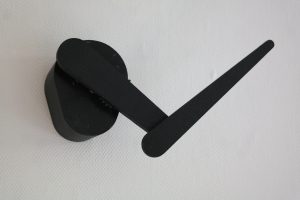 The hand in hand clock is purpose built to be fully 3D printable and without the need for supports to be printed whilst its parts are created. This means that the clock can be made on the most basic 3D printers due to the basic geometries needed to be replicated. Most parts can be printed on smaller machines with largest part being the minute hand needing a 200×200 build size. 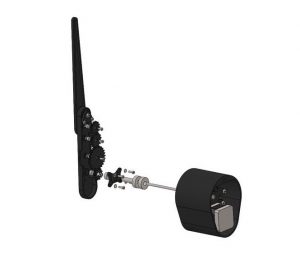 When Yvo exported the files from SOLIDWORKS (File > Export > Stl > within the Print3D panel under resolution) it wasn’t necessary to export with High or Ultra resolution as the parts fit together without that level of detail. The clock is powered by a stepper motor driver and can be controlled by any microcontroller with more than 5 Input/Output, running on 9V. Full details on the project’s build requirements can be found here.

The next project I’ll be highlighting comes from a student based at Stanford who was tasked with building whatever he wanted out of metal. With the motivation to create something that would see a lot of use, a pen was selected as the object of choice. Not just any pen though, one which’s creation would require the full array of hardware in Stanford’s advanced high-tech product realization lab.

The design of the pen was created to make it not only functional, but also visually appealing. The pens ergonomic design is owed to its triangular cross-section design and the base in which it rests is a shape known as a constant-width solid. To build the pen a combination of 3D printing, sand casting and sandblasting was used, so if you’d like to recreate it, access to a well stocked workshop is needed. Below is a visualization of the pen and base utilizing SOLIDWORKS animation feature, a great way to see how multiple parts interact with each other. It’s especially helpful when working with multiple 3D printed parts in the creation of a larger assemblies. You can create animations in SOLIDWORKS by selecting the Motion Study Tab to the right of the model tab toward the lower portion of the graphics area.

The process began with 3D printing a castable version of the base in PLA plastic which would act as the pattern. It was then sanded down to make it smooth and therefore easily removable from the sand mold. A foundry was needed to heat the aluminum to its melting point which was then poured into the sand filled mold engulfing the shape of the PLA plastic print. The temperature for pouring was 1160 Fahrenheit to get the cleanest surface. The aluminum was then finished with a belt sander, an inset milled for the pen and a powder coat of midnight blue to add some color. 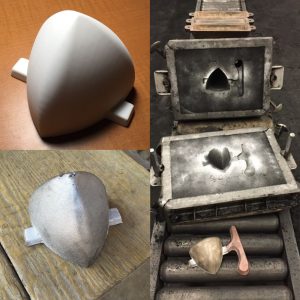 The pen itself was created by milling an aluminum bar and the use of a metal lathe. The lathe was used to create the hole for the inside of the pen whilst milling created the triangular shape of the pen. The body of the pen was finished with sandpaper up to 1200 grit and was then bead blasted at 20 PSI. Leaving a beautifully engineered pen and well finished desktop base in which to hold it. This project showed the true versatility of 3D printing and SOLIDWORKS in the creation of complex project such as this. Without the use of the technology and clear project outline, none of this would have been possible. Full details on the project’s build requirements and steps can be found here. 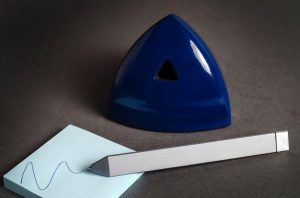 These entries from last year should hopefully have helped inspire you to get to work on your next project and maybe even enter it into this year’s competition. Share your entries with us in the comment section below and make sure upload them to Instructables where you can enter. To learn more we explain everything 3D printing in our visual guide, containing everything you need to know and more to assist with incorporating 3D printing into your next project.

This post was written by George Fisher-Wilson of 3D Hubs.

3D Hubs is the world’s largest network of local 3D printing services for product designers and engineers that do prototyping and small series production. Today, the network consists of over 30,000 3D printing locations.