We often use this approach within our SOLIDWORKS design both to mimic the true manufacturing process and to allow individual designers to work independently on their respective sub-assemblies before bringing everything together. This approach also has the benefit of keeping our Feature Manager Design Tree neat and tidy.

But I want my sub-assembly to move!

Rigid and Flexible assemblies have different icons in the feature tree 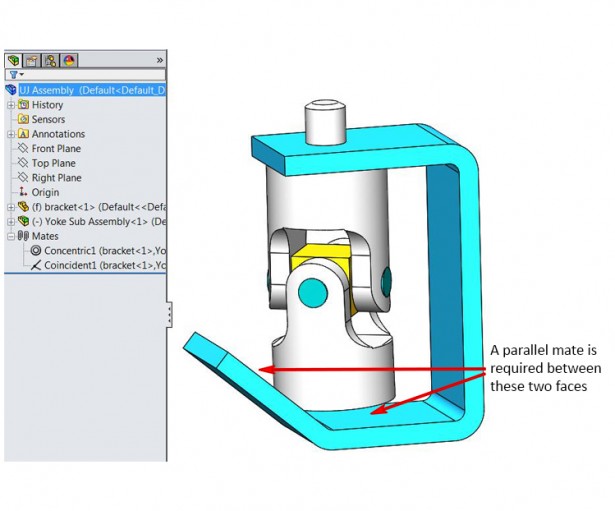 We want to create a mate to sit the underside face of the Yoke parallel to the angled face. 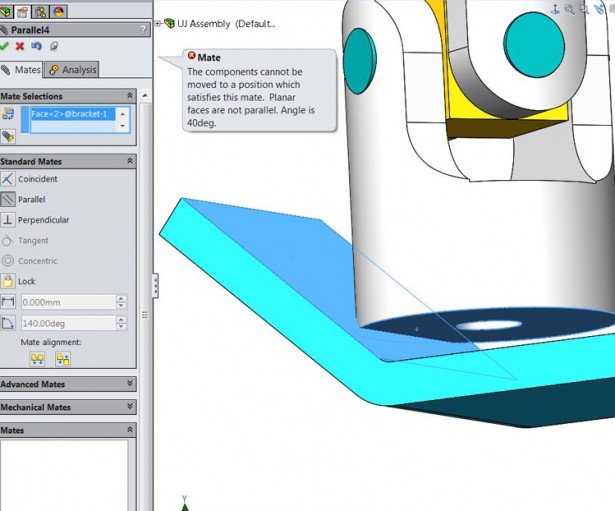 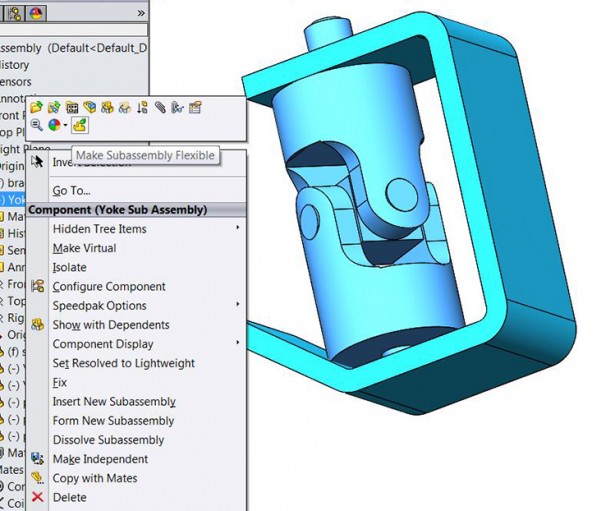 Specify that you wish the sub-assembly to be made flexible. 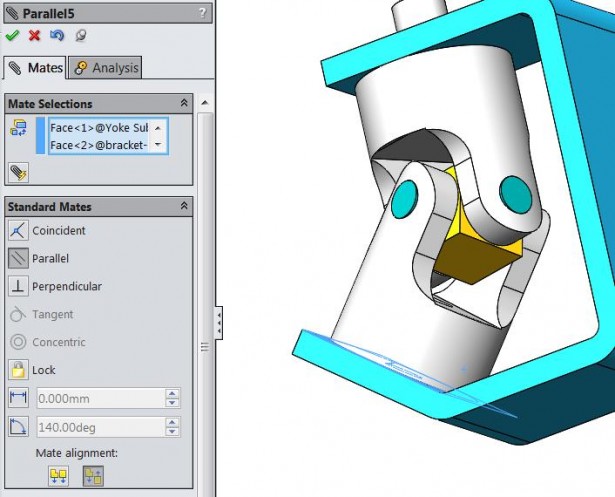 With the sub-assembly made flexible the mate can now be added, and the universal joint can be rotated.

Here are some basic rules:

NT CADCAM is the UK's most established SOLIDWORKS reseller in England, Scotland and Wales. Offering a fully supported CAD and CAM product portfolio and high levels of expertise internally, makes NT CADCAM unique within the SOLIDWORKS community, giving customers the confidence and assurance they need that their support issues will be dealt with both promptly and efficiently. As a SOLIDWORKS Certified Training Centre, NT CADCAM provides clients with fully certified and accredited trainers who are experienced engineers. NT CADCAM is part of the Solid Solutions Group.